As part of our trip to LA for #TheLastJediEvent, we were able to screen an episode of the new TV game show Child Support – and meet and interview Fred Savage! It was so much fun. Today I get to share all of that with you – and be sure to check out the show on ABC tonight at (8:00–9:00 p.m. EST), on The ABC Television Network, streaming and on demand. I can’t wait to watch this series. It is so funny and a great family show – with questions that I don’t have to worry about explaining to my kids.

You can catch the rest of our #TheLastJediEvent posts: The STAR WARS: THE LAST JEDI press event experience as well as visit Disneyland during the Holidays + ride on the updated Star Tours – The Adventure Continues. We also have shared our interviews with Laura Dern (“Vice Admiral Amilyn Holdo”), Gwendoline Christie (“Captain Phasma”) Domhnall Gleeson (“General Hux”) and Kelly Marie Tran (“Rose Tico”).

ADULT CONTESTANTS CAN RELY ON THE SMARTS OF A GROUP OF KIDS AS THEY ATTEMPT TO ANSWER QUESTIONS TO WIN UP TO $200,000, ON THE SERIES PREMIERE OF ABC’S ‘CHILD SUPPORT’ From Ricky Gervais and Hosted by Fred Savage.

In the first episode, you will see Monica of San Diego, California, and Martin of Orange County, California. Each tries to answer 10 questions correctly in order to win the ultimate prize of $200,000. If they answer incorrectly, the contestants will have a chance to be saved by a group of kids being asked the same question by comedic mastermind Ricky Gervais, on the series premiere of “Child Support,” FRIDAY, JAN. 5 (8:00–9:00 p.m. EST), on The ABC Television Network, streaming and on demand.

Here is our interview with Fred

How did you go through the process of picking the kids?

Fred   :    The kids were cast.  They were great. I liked that they swapped some out from episode to episode. As you continue to watch the show you’ll get to know the kids a little bit and you can hopefully anticipate what they’re going to say or who might know what.

How did being a father inform being the host of this show?

Fred   :    It definitely reinforced this idea that kids know a lot of stuff.  Stuff you would never anticipate and stuff that they probably don’t even know they know. In that respect, it just kind of reinforced that element of what you know about your kids. Going into it, knowing this was a family thing and knowing this was something I would want to watch with my kids, I wanted to make sure that it was appropriate.  That it was not a lot of winky winky innuendos and entendres. A lot of times as a viewer we all watch stuff “for families”, and they have a lot of comedy out of getting the kids to say inappropriate things in a way that they’re ignorant of and I don’t think that’s funny.

I can safely say that there was none of that and so this is definitely a family show and it’s something I want to watch with my kids.  I feel like the stuff I work on is pretty safe. I have an eleven-year-old, a nine-year-old and a five-year-old and I did this show for Netflix recently that was not for kids and this show I did a couple years ago for Fox with Rob Lowe, The Grinder, I thought was great, but it was definitely like a nine or nine-thirty show.  It wasn’t like an eight PM show. I really wanted something my kids and I could really enjoy with my kids and not worry about and this is that for sure. 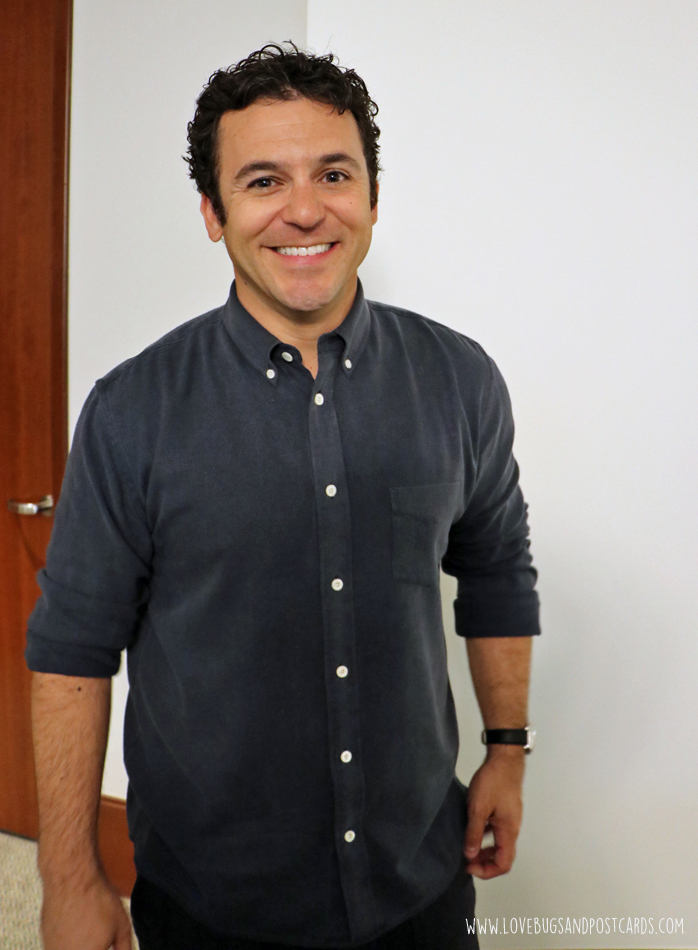 What sort of emotions were you going through when you were hosting the show?

Fred   :    I got admonished a few times.  Would be like, ‘Fred, don’t indicate that you know the answer’.  I have an ear, so the control truck is talking to me.  Sometimes it is like taking a step forward, the camera can’t see you or you’re getting blocked, but some of it is like, don’t indicate anything. I’m a big watcher of game shows. I love that stuff, especially the new prime-time ones that are so great that are on networks.

I ride all the rollercoaster of emotions. When they win, I’m thrilled and when they don’t I’m just crushed. For the most part I really kind of developed a report. My roller coaster of emotions was right there with the contestants and hopefully, with you guys, with the audiences. I would definitely get a little enthusiastic and I would try and help them. I’d be like, okay, now just think it through and I would try and help them a little bit. I understood, but I didn’t realize there’s a whole legal team watching. I forget what it was, but there was something where they had to throw out the question because I screwed it up somehow.  I forget what I did wrong, but they had to go back and cut and do a whole new question and they were prepared for that. I really wanted everyone to do so well.

Is there one experience that stood out?

Fred   :    There is a guy who goes way down the road and his fate rests in the kids’ hands. That was so exciting.  When someone goes all the way down the road and they missed, they passed that last chance to keep the money, so now it’s just them and when they get it wrong and it all rests on the kids…that is the whole point. I think that’s why they came up with that show. There was another gentleman where that happened.  There was a woman who wins a ton.  There’s a young girl who’s great who doesn’t.  I really feel like they did a great job at selecting contestants that I really connected with and rooted for.

Hopefully, they’ll be able to structure the episodes in a way where you get to meet these people the same way I did. We shot all the episodes over just like two days and so you don’t know what the episodes are. They don’t shoot it by episode because you don’t know if a contestant is going to last a long time or a short time. You just shoot all of them and then they build the episodes.

Did anybody walk away with a two-hundred thousand?

Did you work directly with Ricky Gervais?

Fred   :    I’ve only spoken to him on the phone.  During when I first came aboard, we spoke on the phone and then we talked before I started shooting and we talked afterward.  I haven’t met him actually, but he was really great. I had never done anything like this so he was good with some words of encouragement and support right before we started shooting. He basically said don’t censor yourself. Just be who you are.  Don’t worry about being something else. If you’re excited, be excited.  If you’re upset, be upset.

Is Ricky’s part filmed in the U.K.?

Fred   :    His part, I think was filmed in New York because those were American kids. I think bringing Ricky here was easier than bringing all the kids and their parents and guardians out there and I think Ricky lives in New York part of the year, so I think they filmed in New York. He was great.

Fred  :    I just enjoyed it.  I had so much fun.  Before we started shooting I would go out and say hello to the audience and say ‘I have no idea how I became a game show host’.  This was not a goal of mine. My wife or friends afterward would ask how it was? What did you learn?  What’d you find out?  I learned that I really have this inner game show host just dying to come out I didn’t even know was there. I had so much fun.

Would you let your kids work in the business?

Fred   :    They are, it’s interesting.  They are, in one way or another, all my kids are just kind of like natural performers.  My daughter especially and she loves an audience you know.  I think they enjoy performing.  I think they’d like to see themselves on television and if they really wanted to do that, and go out and audition, I would be totally supportive.

I had a very positive experience and so I would support that.  Also, I also know that world a lot more.  If they said I wanted to be on my traveling league sports team, I have no idea what that world looks like, how to support them, how to protect them, what that is.  This world (acting), I know it sounds so weird, but I’m comfortable in this totally uncomfortable world. I’m very comfortable here. I know more about it than anything else, so I feel like I can be there for my kids in a supportive way, in a protective way.  If my daughter wanted to be on a dance team, of course I would support that also, but I would go in more afraid just because I don’t really know what that looks like. I would be totally supportive of my kids doing it. 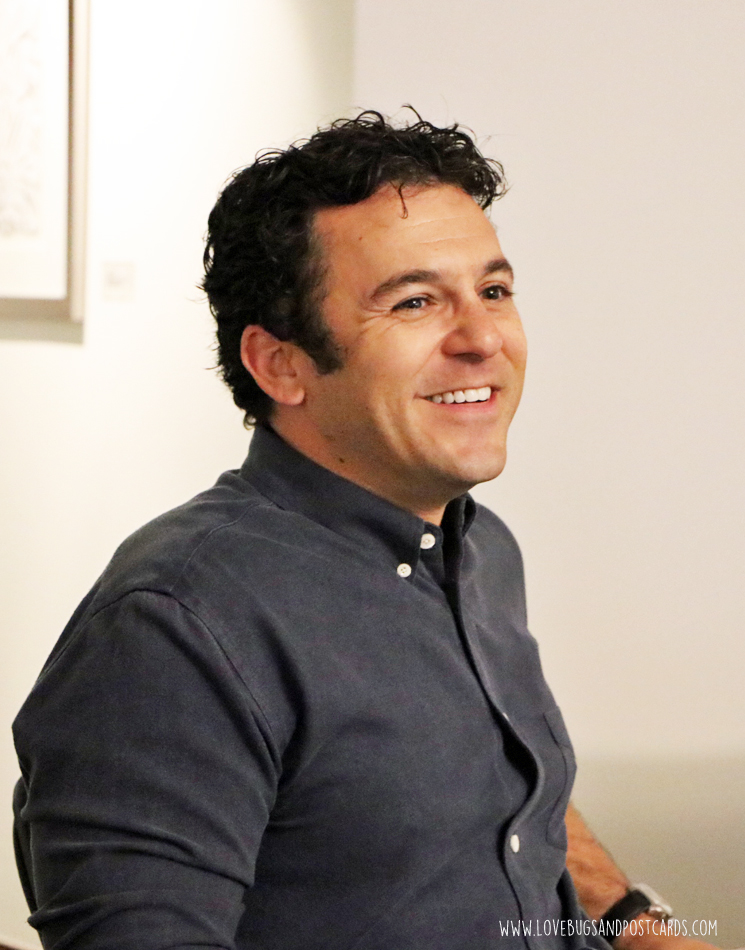 Was it difficult to stay focused without laughing while filming?

Fred   :    I tried to not be angry or frustrated.  If someone got it wrong, and the kids don’t save them and that ends their day, I’m not gonna add insult to injury. I think there might have been some people who ended really early.  I’m like, that is not great, man. There was someone who was terrible [LAUGHS].  I was like, you came all the way down here?  I think I got mad at someone. I was like, all these people are here and that was your effort?  I said that is not good.  [LAUGHS]

I tried to make a little light of it then if the kids save them, I think that’s part of the fun of it, so I tried to obviously, keep it. I never got angry.  It’s all in the scheme of things, it’s all pretty fun. I never get upset.  I would always try and bust their chops just enough to like give them a hard time and have it be funny without it embarrassing anybody.

Do you know the answers ahead of time?

Which is why I’m trying to help them and encourage them or if they have a train of thought I’m like, okay, now talk that through.  Go down that road.  I can’t lead them, but I would be just thinking along with them.  I don’t know the answers in advance. I was completely genuine. 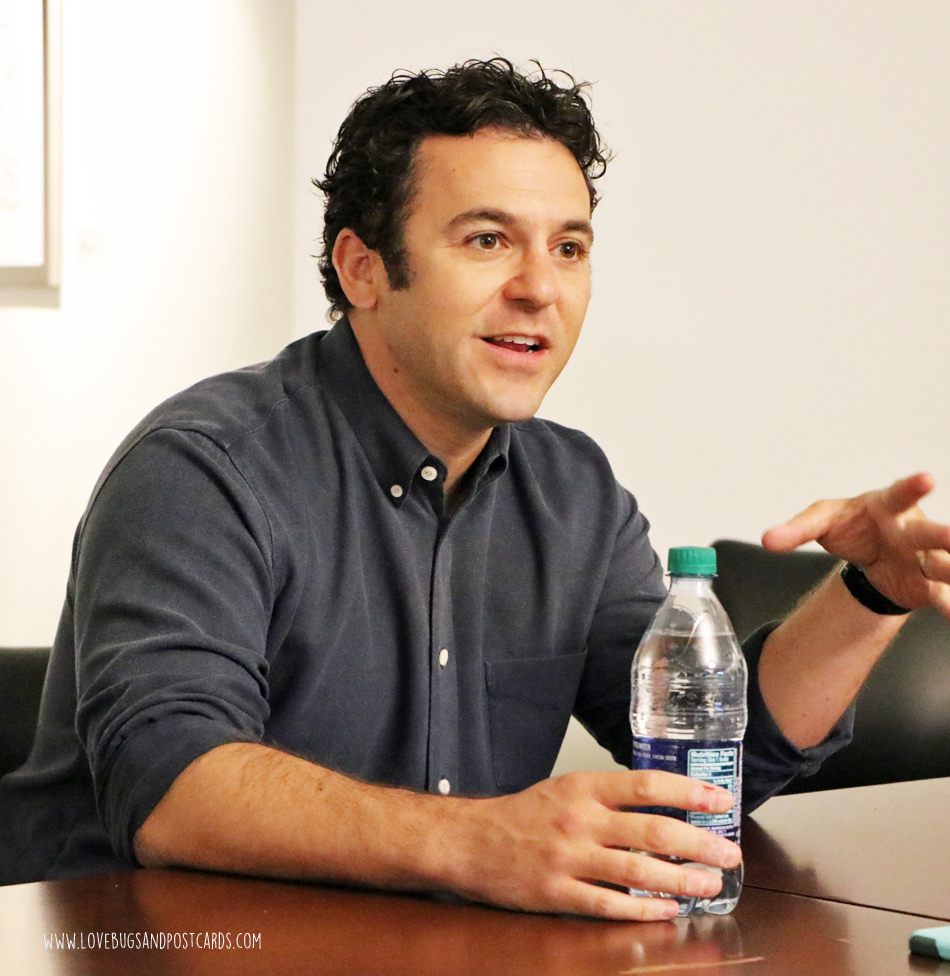 “Child Support” is a one-hour studio-based series from Golden Globe® and Emmy® Award-winning Ricky Gervais and Banijay Studios North America. The series will feature adult contestants and priceless interactions between funnyman Ricky Gervais and a group of five kids who say the most unpredictable things.

Hosted by Fred Savage, contestants are asked to answer 10 questions correctly to earn the top prize. If they answer incorrectly, the contestants have a chance to be saved by the five kids who have been asked the same question by Gervais.

Watch the show tonight on ABC (8:00–9:00 p.m. EST) and be sure to tweet along with the show using the hashtag #ChildSupportABC and tagging @ABCChildSupport. And be sure to come back here and let us know what you think about the show and how amazing Fred Savage does as the host! 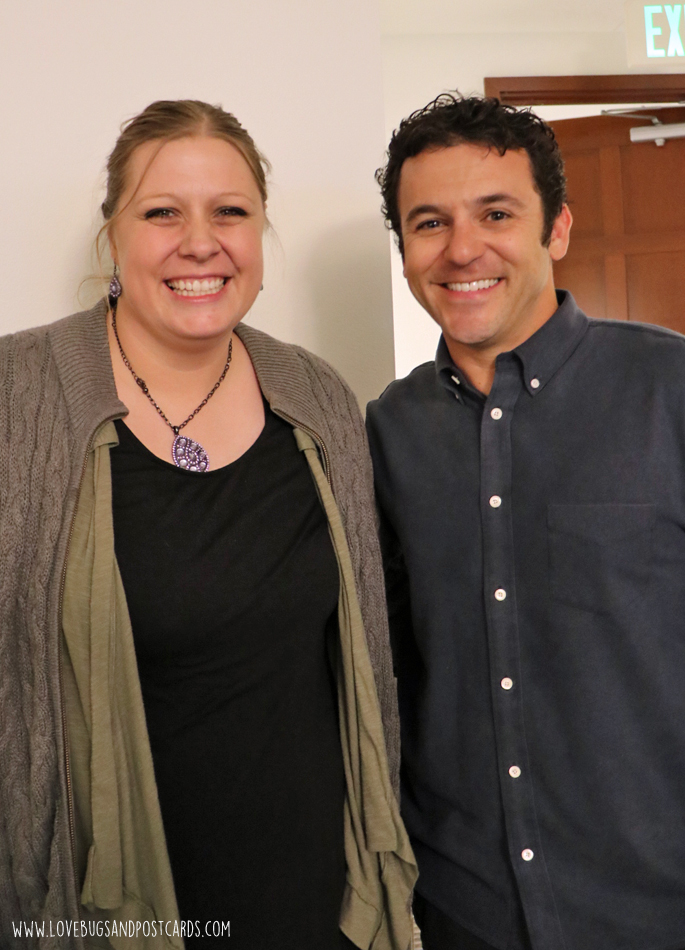