This trip was sponsored by Disney. This does not affect my opinions and they are 100% my own. So far, we have shared with you about the fab STAR WARS: THE LAST JEDI press event experience as well as our Disneyland Holiday Visit + the updated Star Tours – The Adventure Continues ride. If you haven’t read those yet – be sure to check them out and see all of the fun pictures! Today I am excited to share with you more about our great interview with Laura Dern who plays Vice Admiral Amilyn Holdo in Star Wars: The Last Jedi. I haven’t seen the movie yet, but I know that it is going to be just as amazing as its predecessors.

When Laura came into the room, she was so cute! Very excited and very happy to be there with us and talk about the movie, how she got involved and things that happened during filming as well as few more personal things like her parents and family. The first questioned that was asked was “Without giving anything away, can you tell us about your character and how you developed it?”

Laura replied with “I have purple hair.  I can tell you this and great to see you.” and she pretended to get up – lol – she is so funny. Then she continued on “There’s a new boss in town.  I have arrived in the Resistance and I am a Vice Admiral, and that’s pretty much all I can tell you.  I can tell you how amazing it was to be inside Rian’s head.  Each of these characters, particularly these new characters that he invented.  It was incredible to have the privilege of collaborating on what, who she is and how to present a powerful woman.

And the longing which I really appreciated of Rian and Kathy Kennedy and all of our Producers to allow a powerful Female Character to also, her physicality to be Feminine, as opposed, to Oh, she’s a strong Female.  Let’s put her in the guys’ clothes.  And I thought that was wonderful and I feel excited to join this amazing legacy of strong Females in Space starting with our magnificent icon of Princess Leia.  So that was a great pleasure.”

Next, we wanted to know “How did you become involved with the project?”

“Rian called asking to have lunch and talk about something.  And I was told, I knew Looper and I was told he was an amazing Independent Filmmaker and he’s really excited about something that he wants to talk to you about.  And then Kathy Kennedy simultaneously called me just to check in and say Hey, how are you?  And we went to lunch and he started describing something he was looking for in a Character and would love for me to help invent this with him.

And it all sounded great and it wasn’t until sort of the end of the lunch, he was like [WHISPERS] ‘it’s in Star Wars’. It’s amazing having been a huge fan as a child.  I was sort of listening to this amazing story and that’s what’s incredible about Star Wars.  He started describing a world that was about the complexity of being a human being and the battle between light and dark and not knowing which would win, and the struggle of family and the hero’s journey.

And you feel it all and you realize that it is what Film Makers that I’ve worked with in Independent Film have longed to explore.  And he described this complicated Female Character in such a beautiful way. He also spoke to something that  Rebel Film Makers have asked of their collaborators and in my case, as an Actor of me.  And then to realize that’s what George Lucas invented.  And that’s why I think this stands the test of time in such a profound way is it’s not a franchise, it’s a legacy of the deepest storytelling we have. And there isn’t a child or an adult that doesn’t connect to that question, and that it isn’t good guy vs. bad guy.  All of it is contained and being wrestled within, you know, many characters but within one’s self, and particularly this film which we all got to see a couple of days ago, you feel it in every storyline and every character in a really profound and beautiful way.

If you had a lightsaber in real life, what color would it be and why?

You mentioned being a fan of Star Wars as a kid and Star Wars is about family.  Do you remember having experiences where your family took you to movies and it profoundly changed you and made you want to be a part of this world doing this?

Laura    :    Well yes and I’m spoiled in my answer.  One yes, I saw the first Star Wars.  I was probably 6 or I don’t remember exactly, a little girl and I stood in line.  It was the first time I stood in line for a movie at the Cinerama Dome and it was blocks long.  And it was profound for me.  And the genre seemingly would not have been something I was interested in but the spoiled part is I have been raised by Actors.

I’ve been introduced into a world where Movie is magical and my Parents are such fans.  You know, my Mother and my Father and they’re rebels and they love hard core Independent Film and my Mom and Dad are like my Mom, have you seen Wally, it’s a masterpiece?  It’s the greatest film like there’s no film that doesn’t hold the potential of being the greatest thing ever whether it’s Animation, Independent Film, something on this scale because they love Character and they love Cinema.

But in this specific case, my Dad only, I think a few years before, had done a Douglas Trumble Film called Silent Running”  And I’m told it was a great influence on George Lucas in that it was my Dad alone in space with 3 Droids named Huey, Dewey, and Louie.  And I became obsessed with these Droids and those Droids I’m told were a great influence toward R2D2.  And I had a figurine of this Droid and remember that idea of being is space with these characters who are your partners.

And then suddenly Star Wars opened up this kind of storytelling in this massive way so it felt personal, as Star Wars does to all of us.

How is it for your Parents then being fans and you appearing in the film?

Laura    :    My Mother’s very excited about the purple hair.  She loves the look and the costume and my daughter was like I didn’t know you got jewelry in space.  I said, yes.  Holdo gets jewelry in space and nail coloring in Space.

Do you think little girls are going to want to emulate the strong women in Star Wars and what is that going to bring to the whole franchise?

Laura   :   Well it’s just incredible.  That’s so exciting.  I know what Leia was for me as I know she was for all of you.  And it was again, not just her strength in some superheroic way but in the deeply human way that she, Carrie, so incredibly embodied was this fearless irreverent sassy bold, vulnerable Female.  And all things to be true and powerful and kick butt and all of those things were in one Character. And we know how rarely we see that.  So that meant the world to me and now my daughter and all her friends have this in Ray and soon other Female Characters in this movie and it’s really exciting to see what the different Females do.

You’ve been in so many films.  You’ve played so many different amazing roles.  How did you prepare for this role this big?

Laura    :   “It’s incredible that we have this true shared experience of needing to have the moment, the fan freak out moment to let it all then disappear so you’re just telling the story of these characters because it’s insane to get there and rehearse with Rian, and everything’s deeply personal.”

Laura is so genuine and funny. I love this story she shared about working onset one day during filming… I “walk onto the set in the morning, and Rian was like ‘Oh, somebody’s a fan, and wants to say hi’ right before we were starting one day. I was standing making tea, and I turned around and Chewbacca was there and like embraced me and I cried.  I really cried.  It was so moving to me.”

She continues to tells us about her experience “And then you know, being on set and seeing R2D2 and these Characters we all fell in love with.  It’s stunning so then you have to get over it and go to work but it’s an incredible opportunity and experience.  I’m so happy to get to be part of it.” 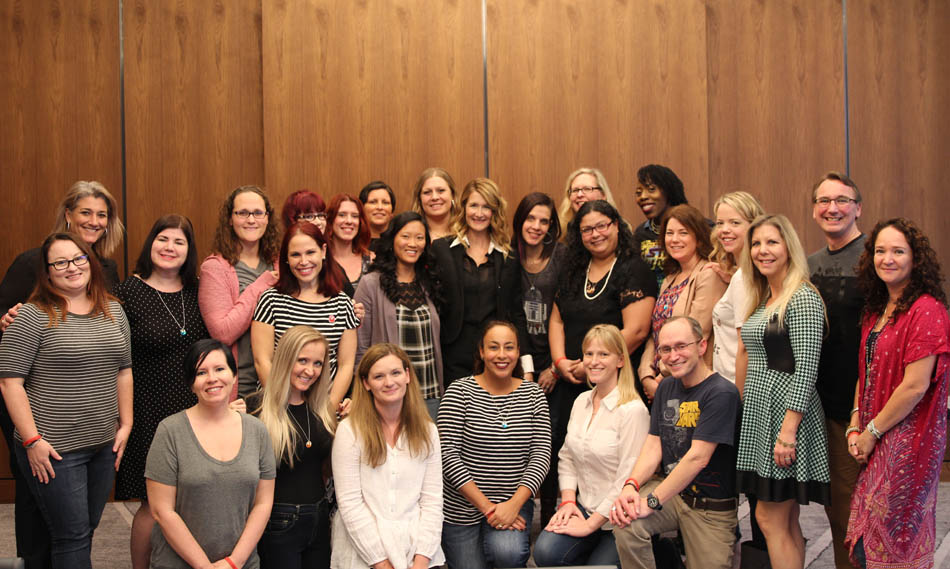 I have loved Laura since seeing her in Jurassic Park so many years ago and she will no doubt do an incredible job in Star Wars: The Last Jedi as Vice Admiral Amilyn Holdo. Even though we hadn’t seen the movie before the interview, I felt like we were able to ask some great questions and learn more about Laura and her role on the set and more of her background. She is such a strong beautiful woman and I love that she is going to be in Star Wars: The Last Jedi. Go see the movie THIS WEEKEND (opening 12/15/17). 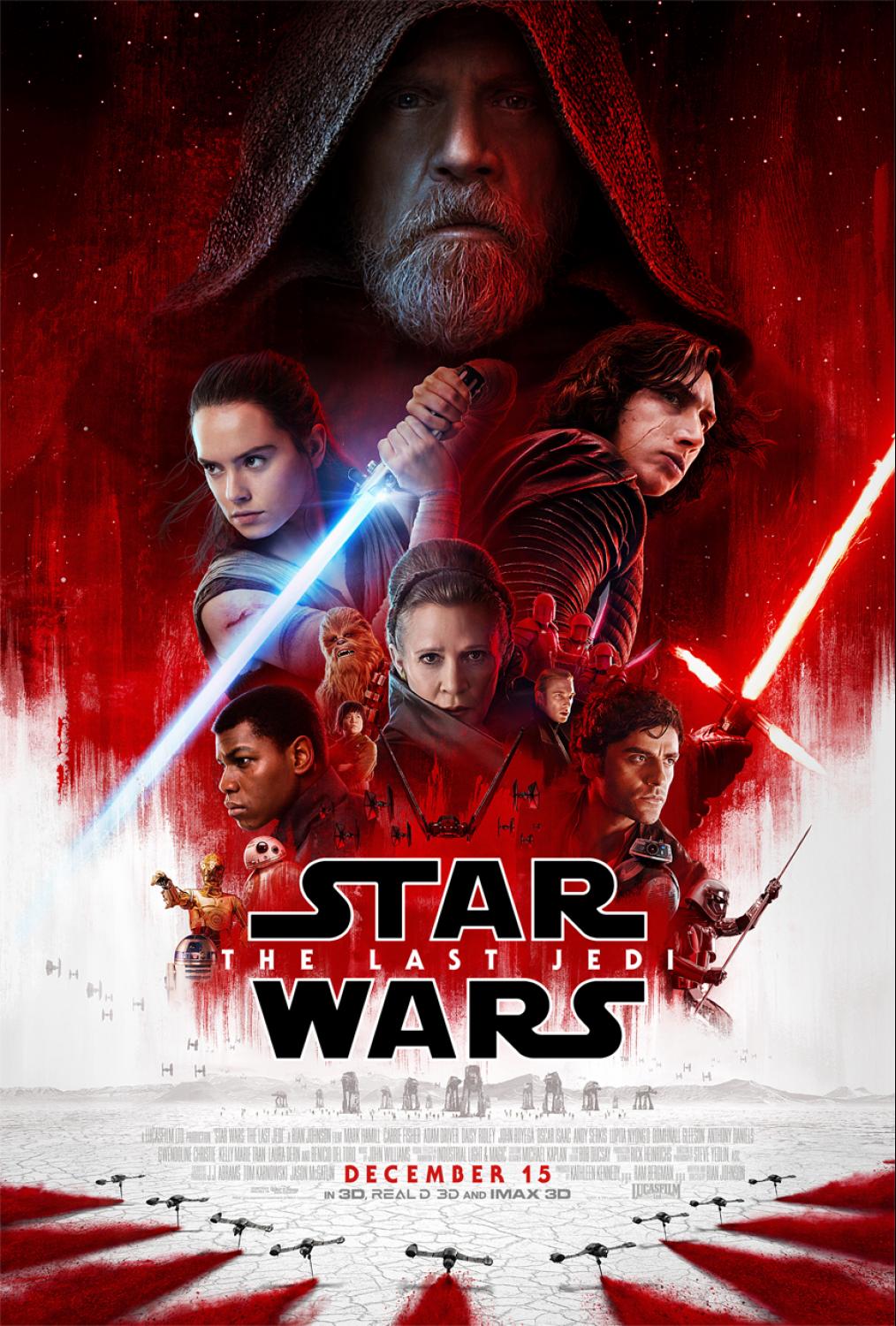 Book Gift Ideas for Kids
Next Post: Feed Your Fandom with Foster Farms