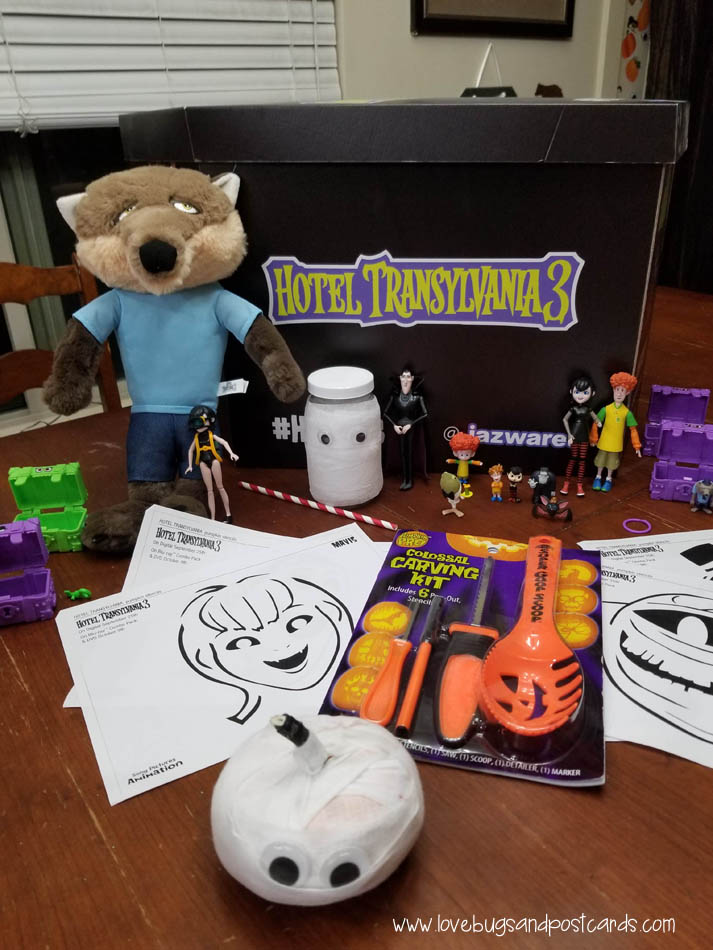 We received promotional materials for review. All opinions are my own. We had the best time this last weekend as we had our Hotel Transylvania 3 movie night! My girls took turns dressing up as Mavis, they had a blast with the Jazwares toys and did some fun crafts. We also had delicious popcorn and watched the movie! Hotel Transylvania 3 is a fun and hilarious movie that the whole family will enjoy! 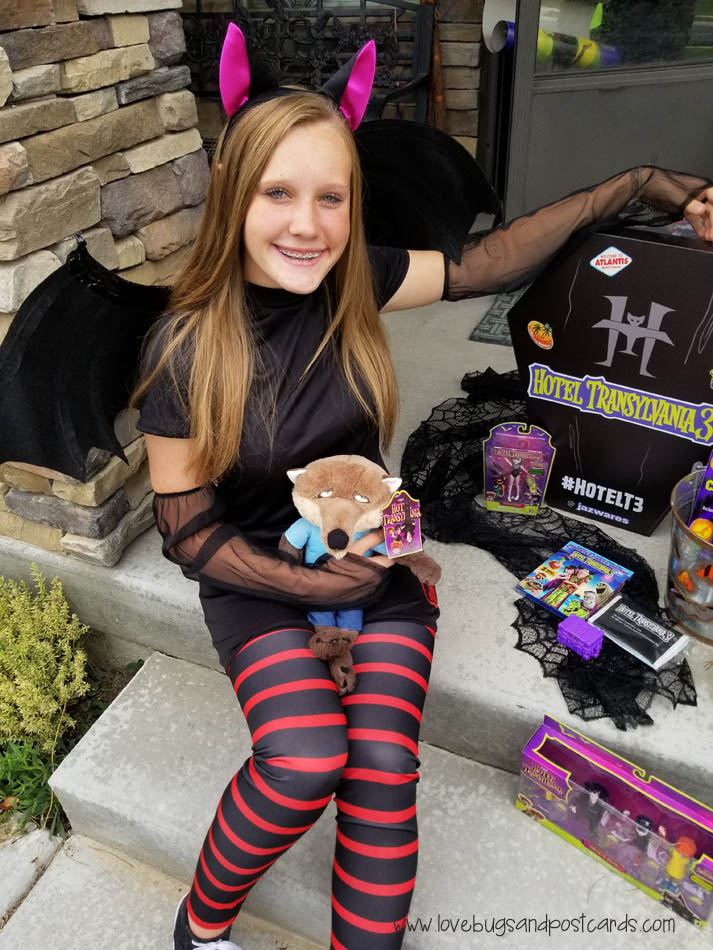 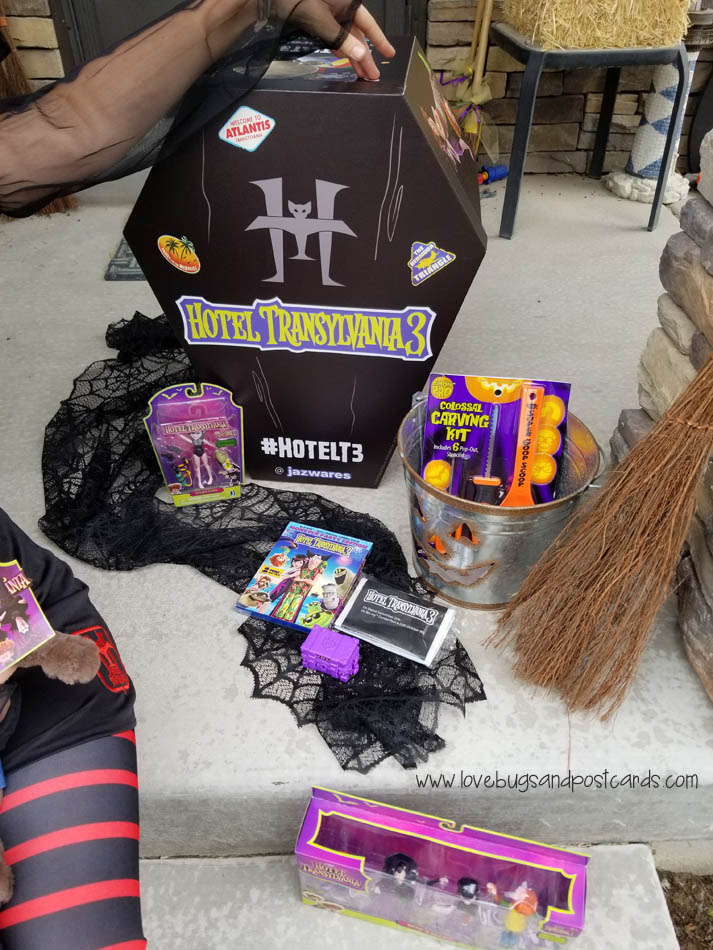 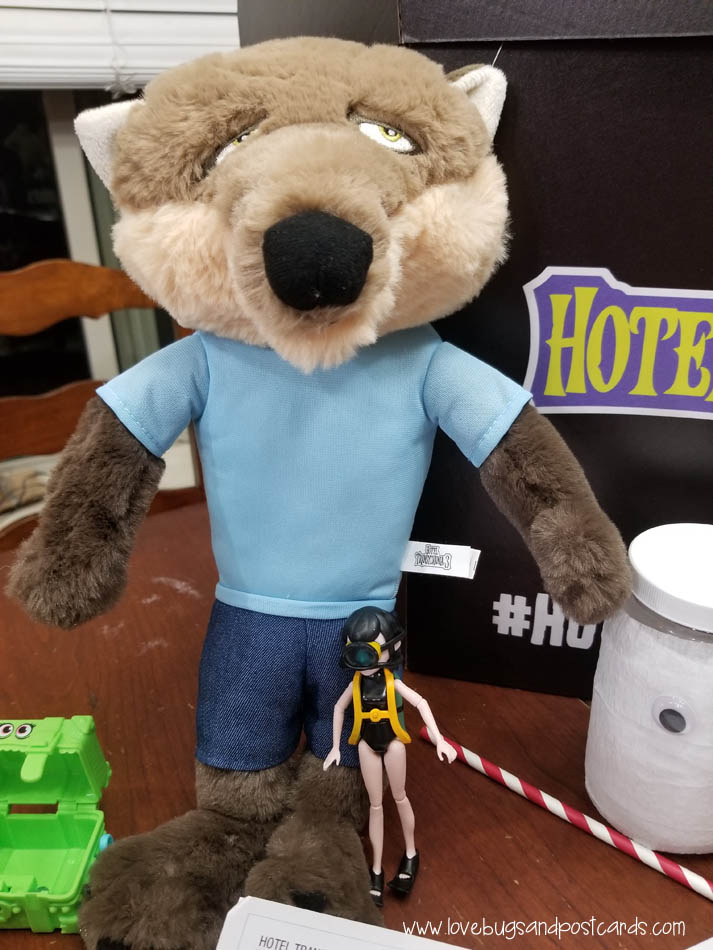 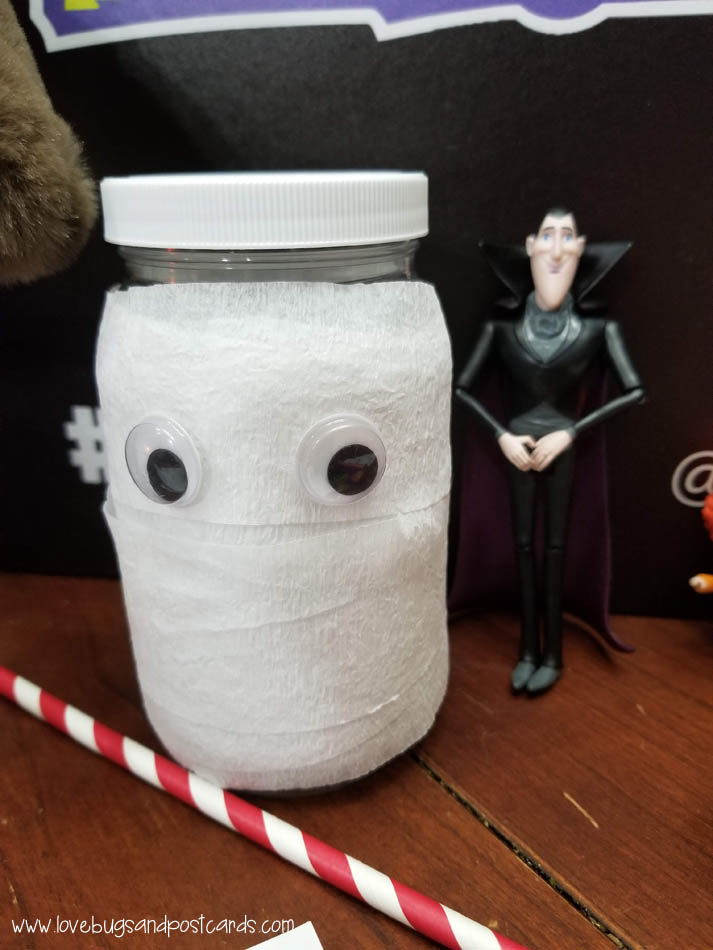 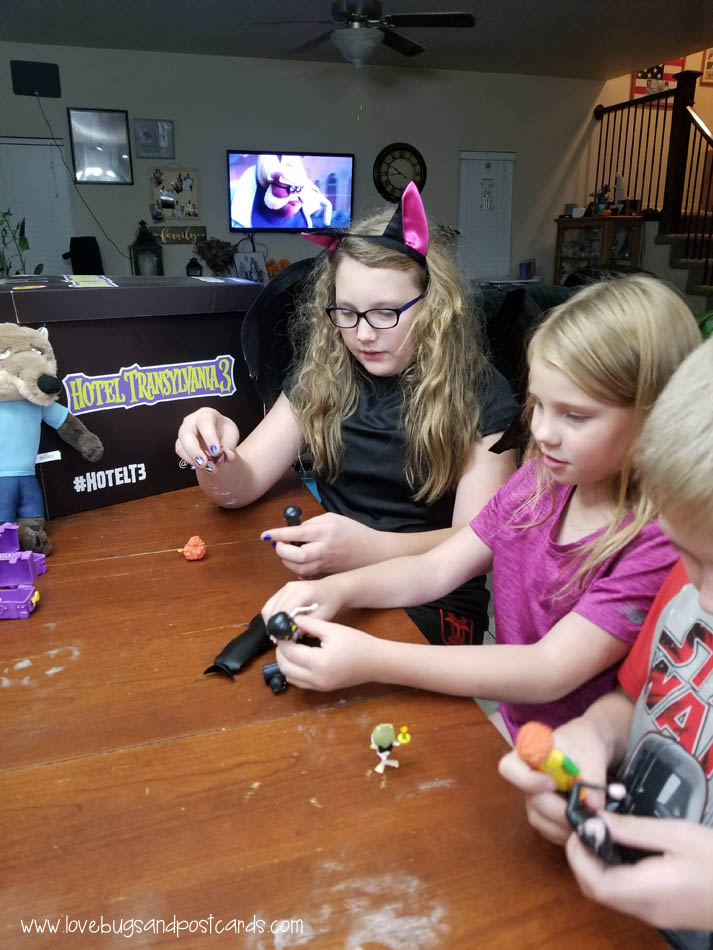 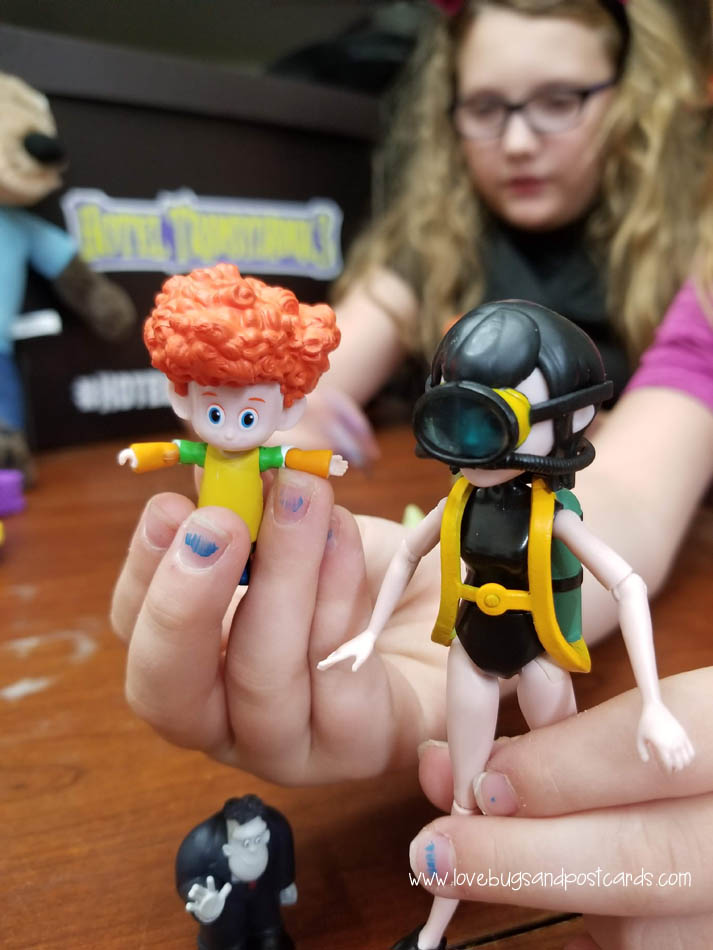 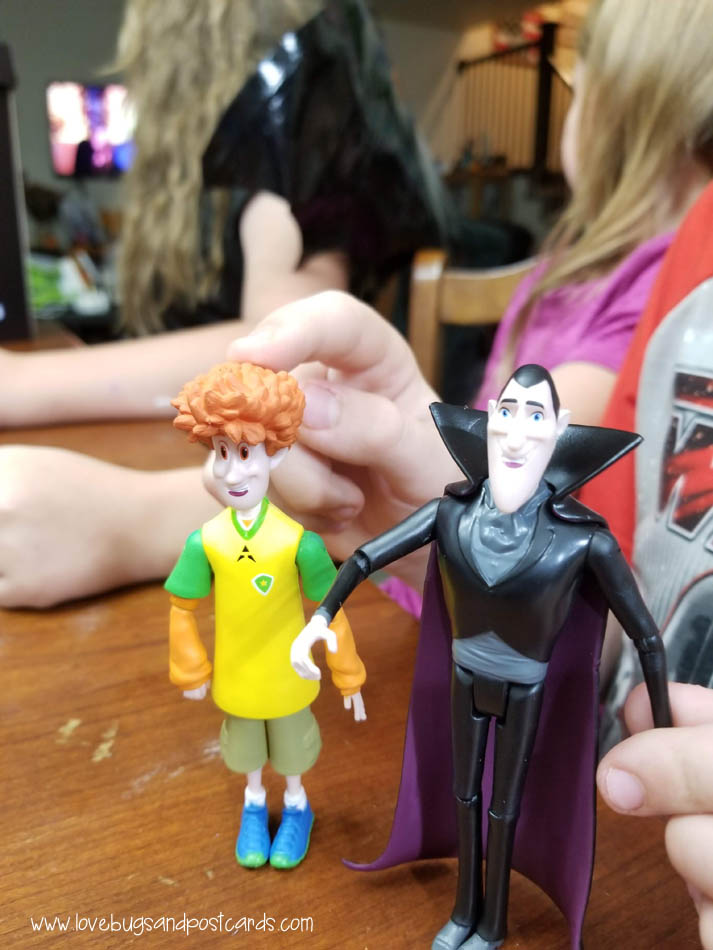 The Drac Pack is back with HOTEL TRANSYLVANIA 3, which is available on Digital, Blu-ray™ Combo Pack and DVD TODAY, just in time to for a spooky, fun, family movie night right before Halloween! This must-own family comedy, which has grossed more than $425 million in theaters worldwide to date, follows in the tradition of the blockbuster Hotel Transylvania franchise when Mavis surprises Dracula with a family voyage on a luxury, haunted monster cruise ship. Of course, the rest of the Drac Pack has to tag along, and that’s when things get a little…batty. The monsters are having a great time, indulging in all of the shipboard fun the cruise has to offer, from monster volleyball to colossus-sized buffets and exotic excursions, but then the unexpected happens when Drac falls for the ship’s mysterious (and dangerous) human captain Ericka. The third film in this family-friendly monster franchise is the best reviewed installment and you’re invited along on the haunted cruise vacation!

HOTEL TRANSYLVANIA 3 is filled with more than an hour of engaging bonus materials including three “All-New Scary-Oke Sing Alongs,” a monster dance party dance along to “I See Love” by Joe Jonas featuring Jonas Blue, plus a fun zing-tastic read along with Drac.  Families can enjoy all the frightful fun with a “Plan Your Own Spook-tacular Sleepover” feature and “Vampire Make Over: Mavis and Drac Tutorial,” and go behind-the-scenes to explore the amazing talent who bring these characters to life in “Behind the Screams – The Voices of Hotel Transylvania 3.

HOTEL TRANSYLVANIA 3 has a run time of approximately 97 minutes and is rated PG for some action and rude humor.

GET YOUR COPY OF HOTEL TRANSYLVANIA 3 HERE 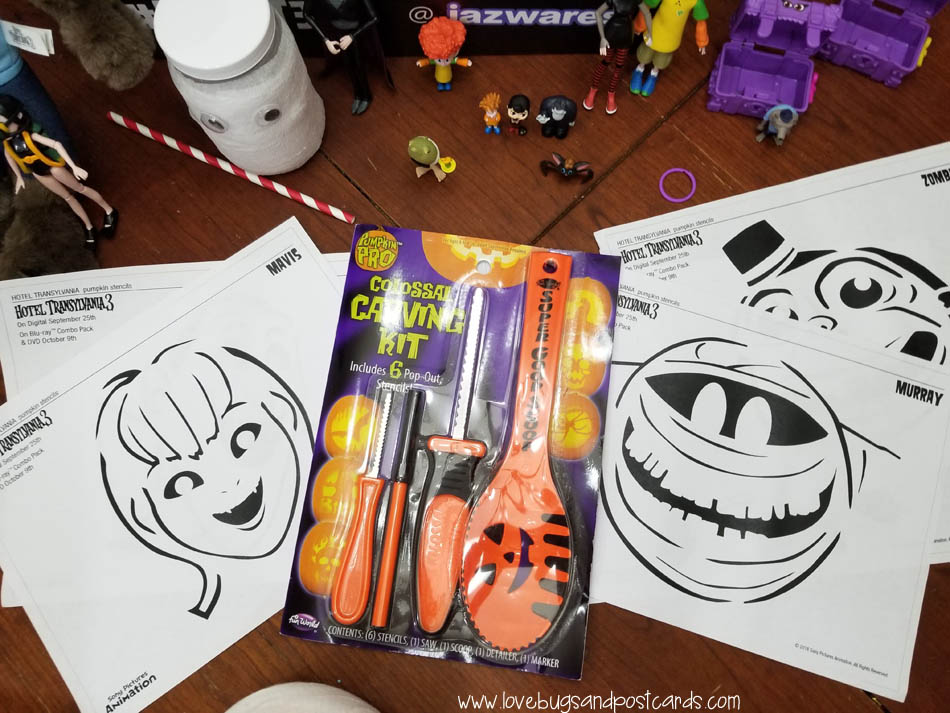 My kiddos are counting down the days until we can go get a pumpkin and use the cool free Hotel Transylvania pumpkin stencils to carve our pumpkins with! You can get the free patterns by clicking on the image below.

The movie is available to own now on Blu-ray, DVD, and Digital! Be sure to fly in and get your copy and have a fun movie night with your kids this weekend! It is perfect for a friend Halloween party too! There are so many fun crafts, treats and more you could do. Check out these fun videos featuring a make-up tutorial and a dance party.

Staying on top of my game during the school year
Next Post: Google Chromecast at Best Buy