I received a promotional copy of this movie. All opinions are my own.

The SMURFS: THE LOST VILLAGE movie comes out today on Blu-Ray and DVD. To celebrate we made super cute Smurfette bead necklaces. They are easy to put together and the girls loved making them. We used clay and formed different shapes of beads. We added some different elements for textures and then let them dry. Once they were done, we strung them on a ribbon to make our necklaces. I love how they turned out and they are something that my kids will wear all the time because they look so nice. See below for our full tutorial on how to make them. 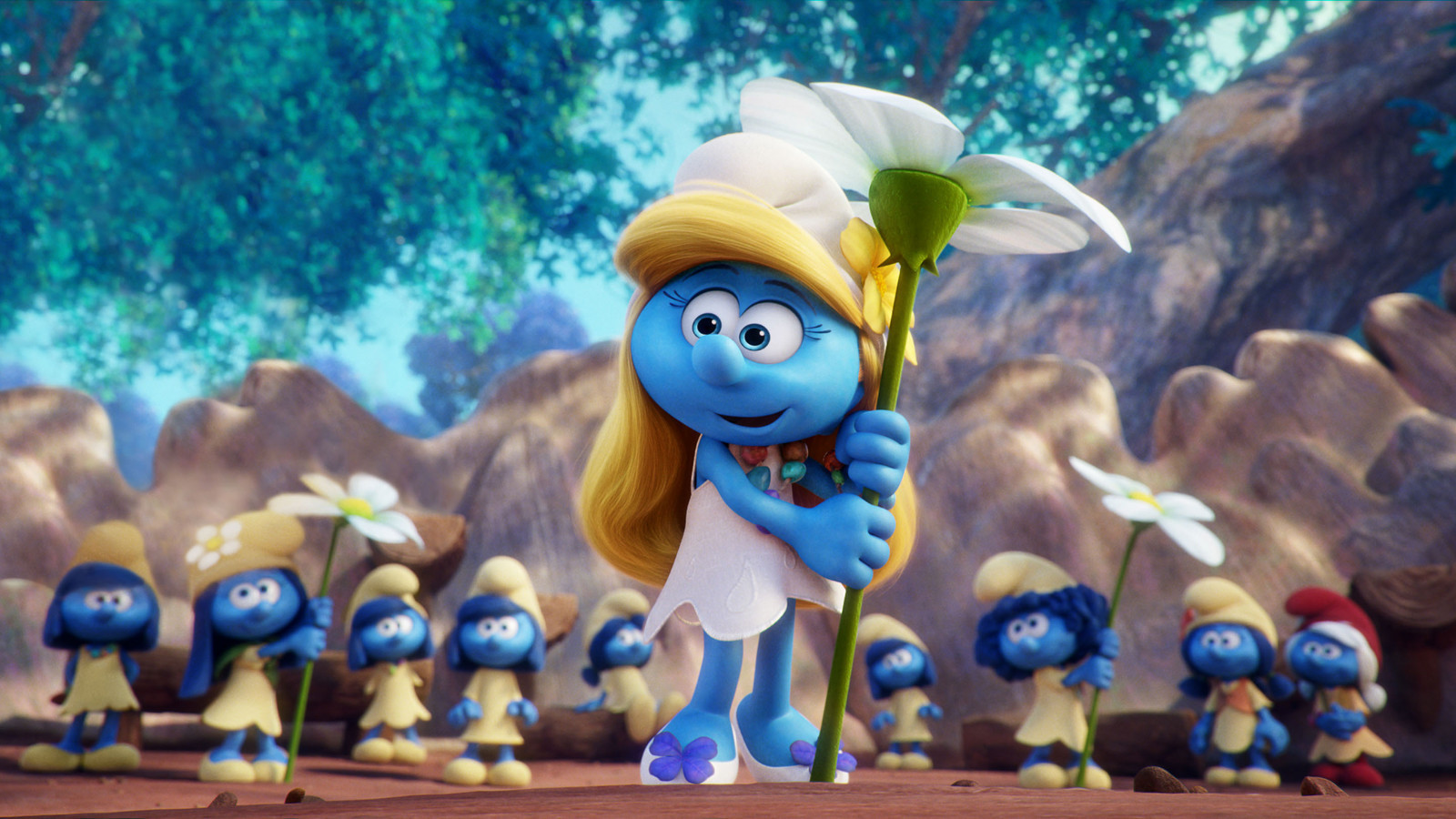 Join The Smurfs On Their Biggest Adventure Yet!

Make it a family movie night with the beloved blue creatures in the fully animated, all-new take on The Smurfs with Sony Pictures Animation’s SMURFS: THE LOST VILLAGE. Boasting an “A” CinemaScore with general audiences and a rare “A+” with those under the age of 18, SMURFS: THE LOST VILLAGE follows Smurfette and her friends Brainy, Clumsy and Hefty on an exciting and thrilling race through the Forbidden Forest filled with magical creatures to find a mysterious lost village before the evil wizard Gargamel does. Embarking on a rollercoaster journey full of action and danger, the Smurfs are on a course that leads to the discovery of the biggest secret in Smurf history!

SMURFS: THE LOST VILLAGE is bursting with bonus materials on the Blu-ray, 4K Ultra HD, DVD and digital releases. Along with filmmaker commentary, there are 10 fun and interactive featurettes, including Meghan Trainor’s “I’m A Lady” music video and “Lost Village Dance Along” where you can join in the Smurf dance party. Get ready to represent your Smurf style with “Smurfify Your Nails” and create a Lost Village inspired manicure, then go inside “Baker Smurf’s Mini Kitchen” to follow along and guess what’s cooking, plus get step-by-step tutorials on how to draw your favorite Smurfs with three “how to” videos. Fans can also go behind the scenes as Demi Lovato auditions for the film and goes through a pretty tough interview with Smurfette herself in “Demi Lovato Meets Smurfette.” 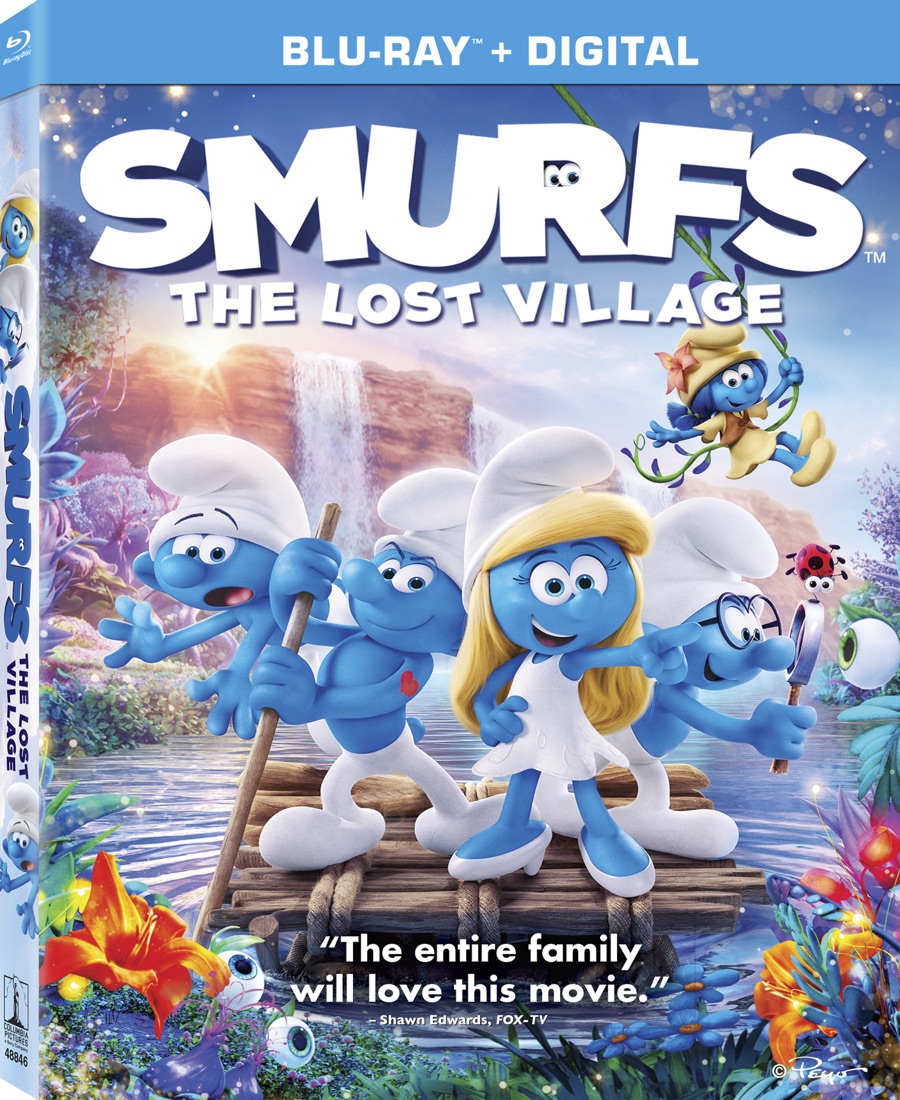 Making an animated movie is no easy task, but in “Kids At Heart! The Making of Smurfs: The Lost Village,” you’ll get a lighthearted look at how the film was made with both interviews from the cast and animators as well as silly re-enactments featuring adorable kid versions of the talented team. And “Making the Song ‘You Will Always Find Me in Your Heart’” goes into the studio with singer Shaley Smith, composer Christopher Lennertz and songwriter KT Tunstall as they record the film’s pivotal song, while in “The Sound of The Smurfs,” fans hear from composer Christopher Lennertz on how he created a magical score to accompany this colorful and exciting adventure. Lastly, don’t miss the sneak peek at Sony Pictures Animation’s highly anticipated film, The Emoji Movie.

Exclusive to the Blu-ray are deleted scenes as well as “The Lost Auditions,” where the superstar cast, each one already perfect for their roles, explore other ideas about which role they should play. And fans of all ages will enjoy going behind-the-scenes with Meghan Trainor as she films the videoto her hit “I’m A Lady,” available exclusively on the digital release of SMURFS: THE LOST VILLAGE at iTunes, Vudu and Xfinity.

SMURFS: THE LOST VILLAGE is available on July 11 in THE SMURFS 3-MOVIE BLU-RAY COLLECTION, which includes The Smurfs and The Smurfs 2.

Synopsis:
In this fully animated, all-new take on the Smurfs, a mysterious map sets Smurfette and her best friends Brainy, Clumsy and Hefty on an exciting and thrilling race through the Forbidden Forest filled with magical creatures to find a mysterious lost village before the evil wizard Gargamel does. Embarking on a rollercoaster journey full of action and danger, the Smurfs are on a course that leads to the discovery of the biggest secret in Smurf history!

DVD and Digital Bonus Materials Include:

SMURFS: THE LOST VILLAGE has a run time of approximately 89 minutes and has a PG rating for some mild action and rude humor. 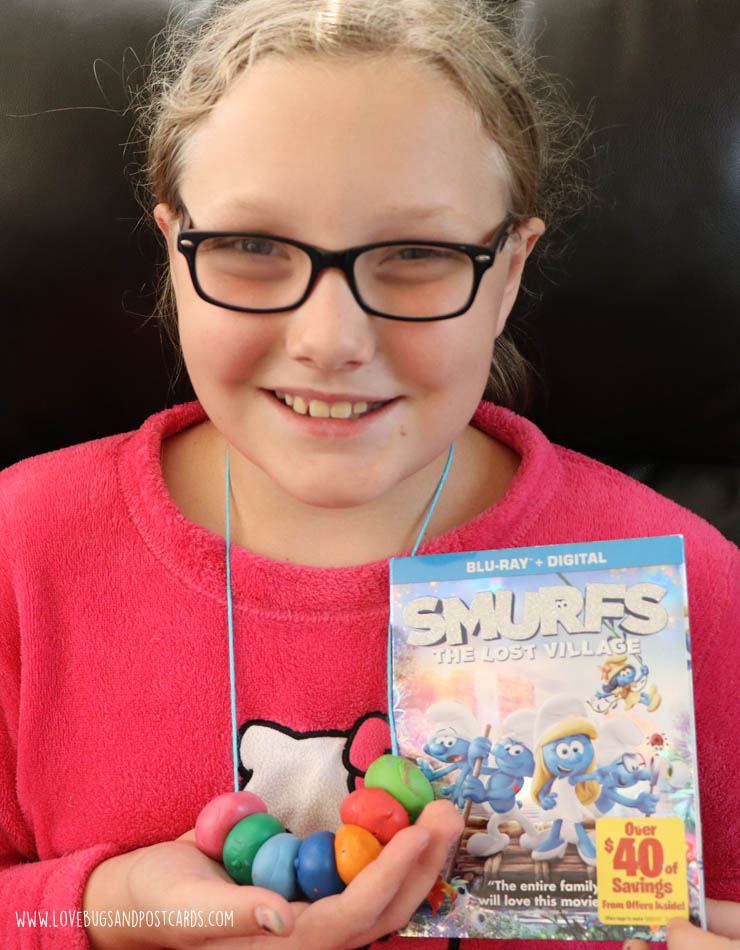 Now to make your fun DIY Smurfette bead necklaces! Your kids will love making these and wearing a necklace just like Smurfette did in the movie. Just take modeling clay, mold it, and then skewer it (to make a hole through the center so you can bead it), and then bake it or let it dry. If you use colored clay, you don’t need to paint it, but you could use white or gray clay and paint it when it is dry. Then thread ribbon or yard through the beads and tie it to make a necklace. 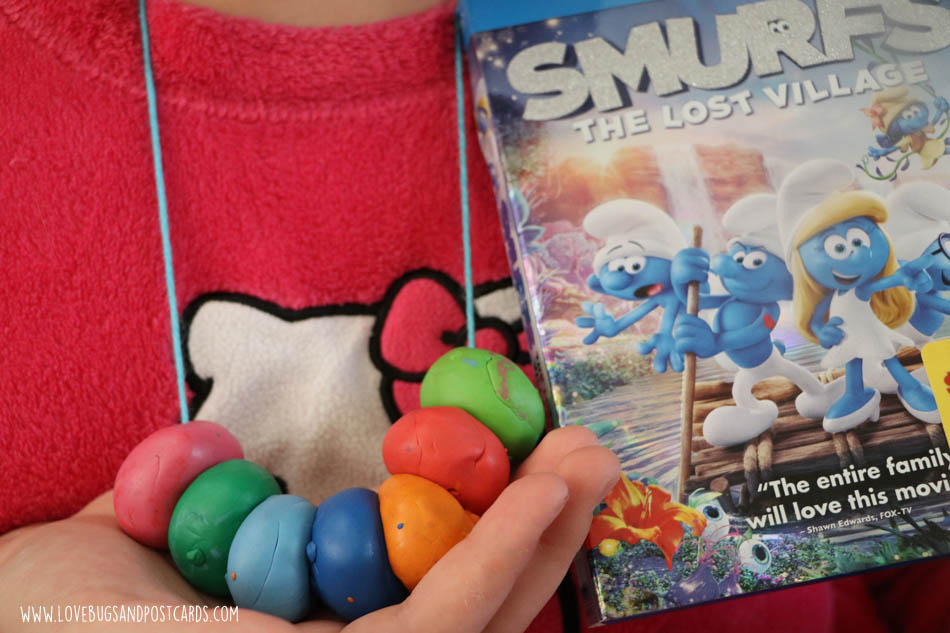 I hope you enjoy making these fun necklaces with your kids and have a “smurfy” movie night! Get your copy of SMURFS: The Lost Village today!

Special Peppa Pig Daddy & Me Book is the perfect gift
Next Post: Tom and Jerry: Willy Wonka and the Chocolate Factory