You are here: Home / A Lovebugs Life / About Me / Dealing with grass allergies and asthma in Children

It has been almost a year since we spent a terrifying night wondering what was wrong with our daughter. After a long day playing, we noticed that she wasn’t sleeping well when she should have been out like a light. We took her into our room to watch her and noticed that her breathing was irregular and not very strong. Neither of us had any idea at that time – that she was having an asthma attack. Very early the next morning my husband took her to Insta-care and after only a few minutes of looking at her they called an ambulance and had her transported up to Primary Children’s Hospital. When my husband called to tell me – I tried to pull on my big girl panties and be brave for the rest of the kids, but when your child is having problems – and something like that happens – you break down. Her oxygen levels were extremely low – coming in – in the 40’s I believe when she needed to be in the 90’s. It was like she was suffocating.  After many treatments and stressful hours they were able to get her levels to start to come back up. We spent 4 days in the PICU and 1 more in a regular room for observation. From then on – our lives have been changed. 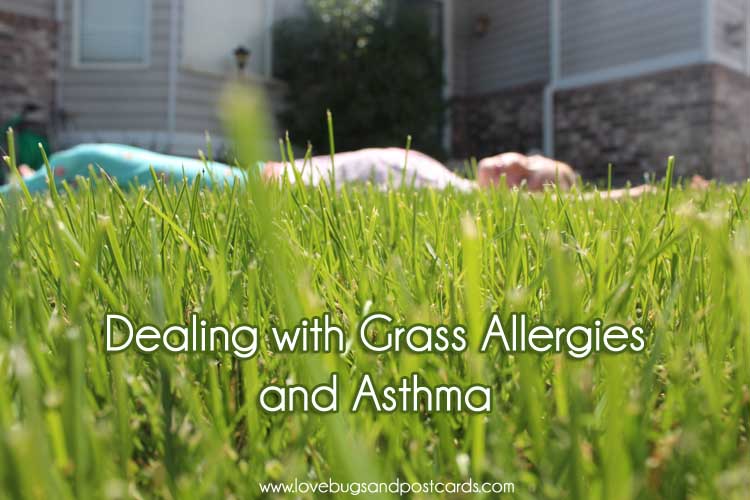 After allergy testing and a visit to the Asthma doctor to try and figure out what might have caused it – we discovered that she is extremely allergic to grass. As a six year old – she was/is having adult reactions to it – that is how strong it is. There is an upside and a downside to this. Where we live – the worst of the grass season comes from the beginning of June to the first week of July. During those weeks, she has to stay inside. This is torture for a 7 year old who only wants to play outside 24 hours a day. They are limited to two hours of TV a day – so they have become very resourceful and creative in finding things to do around the house. Of course we go out to go to church, the store, and other places. But as far as just going outside to be outside – the consequences are terrible. Her eyes swell up (like golf balls, literally, around the eye), runny nose that turns into sore nose from all of the wiping, she gets a couch, her skin is itchy, and of course her breathing levels are lower. It is hard to watch her go through it – but we have started her on the immonotherepy shots. We were unsure of them for a while, but after looking into it, we both felt like it would be the best bet for her to have any kind of normal life as she grew up. Grass allergies are hard to deal with, especially in children. 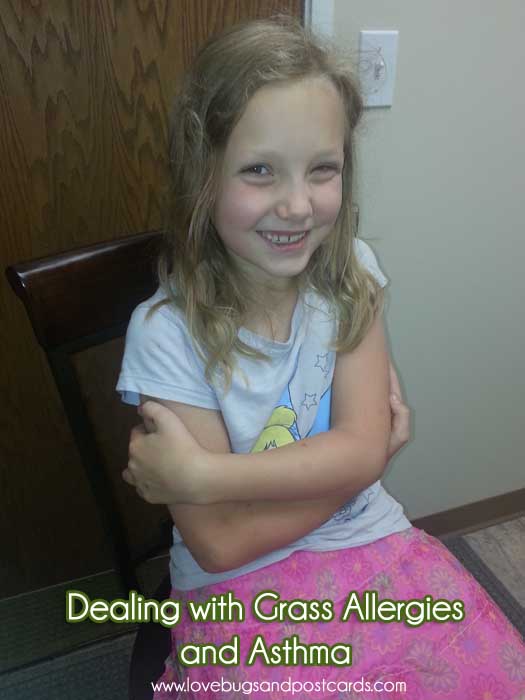 The schedule for her shots is killer – three times a week for about 14 weeks – we will be lucky to get all of the “build-up” shots done before school starts again. But we have been praying that this will help over develop the buildup she needs to not have such strong reactions to grass, pets, and other things. We have only done two treatments so far. I would love to hear about your thoughts and if you have to deal with things like this with your kids.