You are here: Home / Entertainment / Bring home Disney’s The Nutcracker and the Four Realms today! 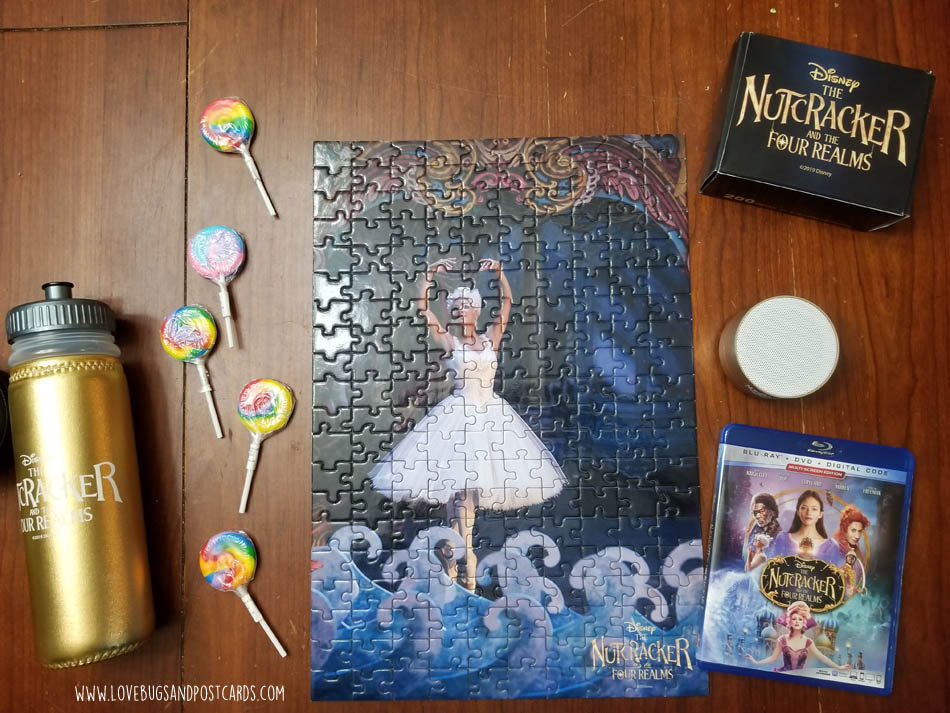 Disney’s dazzling adventure “The Nutcracker and the Four Realms”—inspired by E.T.A. Hoffmann’s classic tale and the beloved ballet “The Nutcracker”—carried audiences alongwith14-year-old Clara (Mackenzie Foy) to a magical, mysterious world with breathtaking performances by Misty Copeland plus sweets, snowflakes, soldiers, scurrying mice… and no shortage of surprises. Destined to become an annual viewing tradition for adventurers of all ages, the film arrives home instantly with never-before-seen extras and deleted scenes on Digital and Movies Anywhere, and on 4K Ultra HD, Blu-ray™ and DVD Jan. 29, 2019.

In “The Nutcracker and the Four Realms,” Clara travels along a golden thread, presented at Drosselmeyer’s (Morgan Freeman) annual party, eagerly searching for a one-of-a-kind key that will “THE NUTCRACKER AND THE FOUR REALMS” unlock a music box that holds a priceless gift. When she enters a mysterious parallel world, Clara encounters a Nutcracker soldier named Phillip (Jayden Fowora-Knight), a gang of mice and three Realm regents, including the Sugar Plum Fairy (Keira Knightley). Ultimately, she must brave the ominous Fourth Realm, home to the tyrant Mother Ginger (Helen Mirren), to retrieve the key and return harmony to the unstable world. 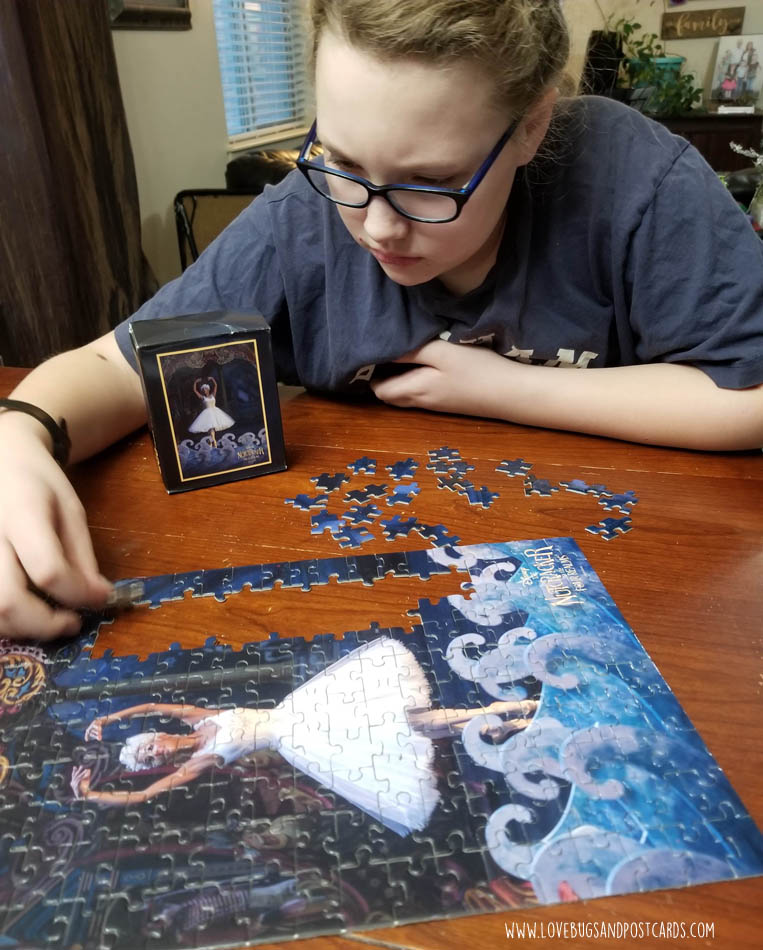 Today is also National Puzzle Day so we had some fun putting together this beautiful Nutcracker puzzle with the Ballerina (Misty Copeland) on it. We also enjoyed using the water bottle and speaker as I was teaching my girls the fun The Nutcracker and the Four Realms inspired dance I learned from DWTS Pros on my trip back in October.

Bonus features include a discussion with American Ballet Theatre’s Misty Copeland about her role as the enchanting Ballerina Princess, her personal history with “The “Nutcracker” ballet, and her inspirational and historic rise within the world of dance. Extras take viewers on the set of “The Nutcracker and the Four Realms” to meet both new and reimagined characters, and discover how the Land of Sweets, Land of Snowflakes, Land of Flowers and mysterious Fourth Realm were created to such dazzling effect. Deleted scenes provide a look at magical moments that didn’t make the final version of the movie.

The stunning feature film will be packaged and released in several different formats, giving families the flexibility to watch it on a variety of different devices. Viewers can instantly watch the film in Digital UHD, HD and SD, and bring home a physical copy of the film as the Ultimate Collector’s Edition (4K UHD, Blu-ray and Digital Code), Multi-Screen Edition (Blu-ray, DVD and Digital Code) or a single DVD. 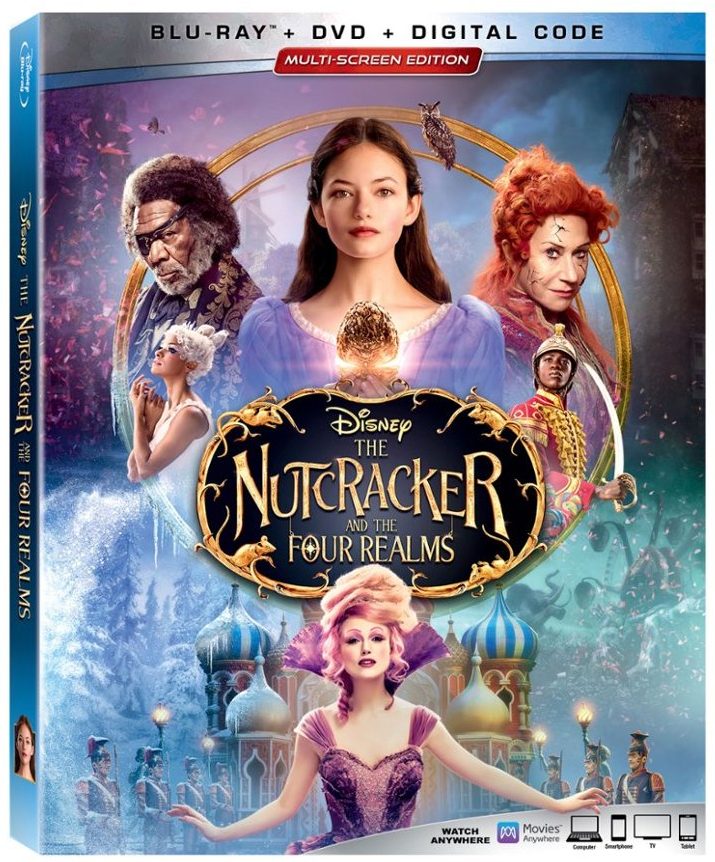 This is a great movie that the whole family will love! We are excited to be hosting a giveaway where two winners will each win a copy of the movie!

This is open to US including Alaska & Hawaii,  Puerto Rico and Canada. Must be 18 or older. Sweepstakes will run from 1/29/19 through 2/5/19. This contest is not endorsed or sponsored by Facebook, Twitter, Pinterest, Google or any other social media.