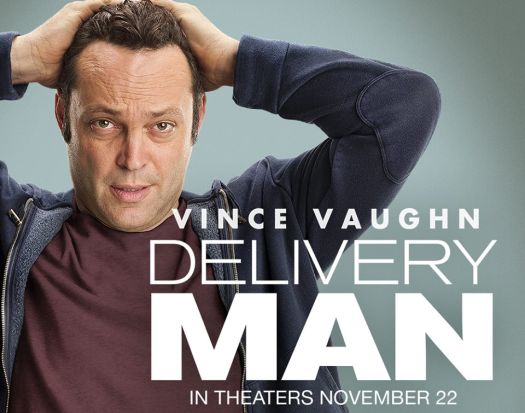 Delivery Man starting Vince Vaughn comes out in theaters on November 22! What is your could see it three weeks early at a special pre-screening event! Right now you can get TWO FREE TICKETS for the Delivery Man pre-screening event on 10/29 (Tuesday) at Megaplex 17 at Jordan Commons! The show starts at 7 pm but you will want to be early!

DreamWorks Pictures’ “Delivery Man” stars Vince Vaughn as affable underachiever David Wozniak, whose anonymous donations to a fertility clinic 20 years earlier resulted in 533 children. David must now embark on a journey that leads him to discover not only his true self but also the father that he could become.

CLICK HERE TO GET YOUR
TWO FREE TICKETS TO DELIVERY MAN!

Also don’t forget that I get to meet Vince Vaughn and Chris Pratt AND interview them!!! WAHOO! I am going to LA to the Delivery Man Event and Thor: The Dark World Red Carpet Premier. If you have any questions you want me to ask – make sure to leave a comment and let me know!