You are here: Home / Reviews / Three hot toys from Hasbro for Christmas this year: Transformers, My Little Pony and Disney’s Elena of Avalor

Product was provided from Hasbro free of charge in order to do this review. All opinions are my own.

Christmas is right around the corner, coming way to fast in my opinion. If you are like me, you like to shop ahead of time and get your Christmas gifts early so you can relax and enjoy the holidays. In order to aid you in this, we are featuring three fun new toys from Hasbro that your kids are going to want this year! Transformers, My Little Pony and Disney’s Elena of Avalor are three popular brands and Hasbro has taken then and turned them into fun and entertainment for all ages! 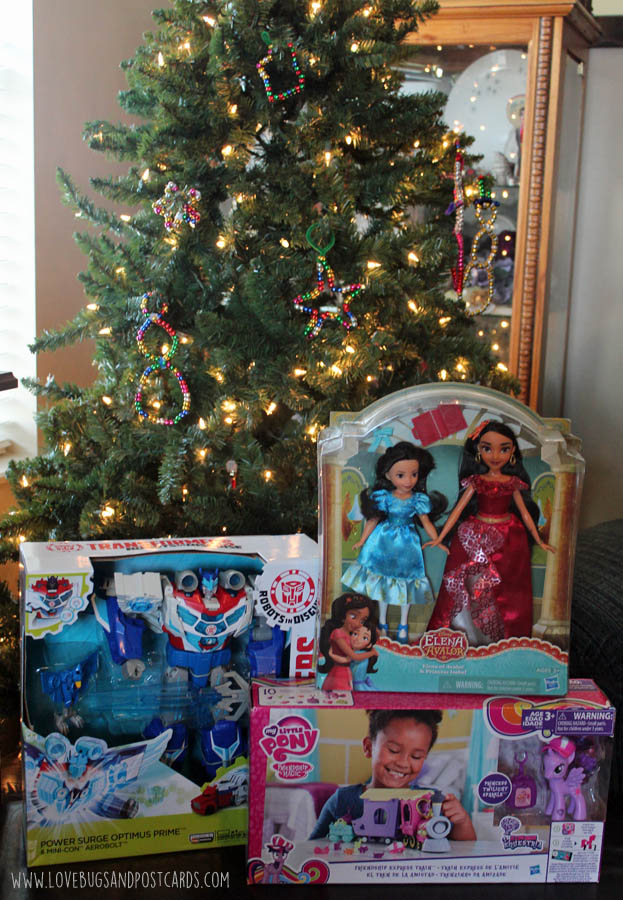 The first one we are sharing with you is Transformers. This is such a fun toy. I know my 7-year-old son is going to flip out. He loves Transformers, and Bumble Bee and Optimus Prime are his two favorites. This toy is about 11 tall and will provide hours and hours of fun play. It transforms, makes sounds, lights up, and it even works with a fun app to take gameplay further. 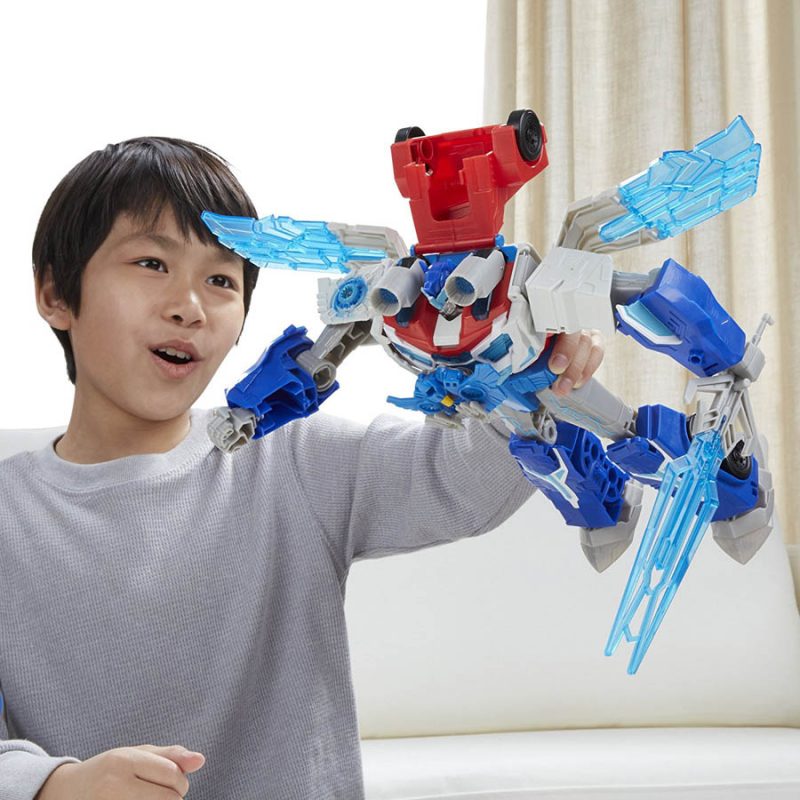 Another fun toy on our list this year is the My Little Pony Train. My 5-year-old daughter LOVES My Little Pony. Twilight Sparkle, Rarity, Rainbow Dash and all of the others are part of her everyday life right now. I can’t wait to give this fun train to her for Christmas. It comes with three train cars that all have rolling wheels and moving parts. It also has a cute Twilight Sparkle figure as well as a ton of fun accessories. We got her a set of My Little Pony figures for Christmas last year, so I know that she will immediately load them up on the train. It will be fun to watch her imagination come to life with the great new toy. You can also unlock more fun in the My Little Pony Celebration app by scanning the Twilight Sparke pony code included. 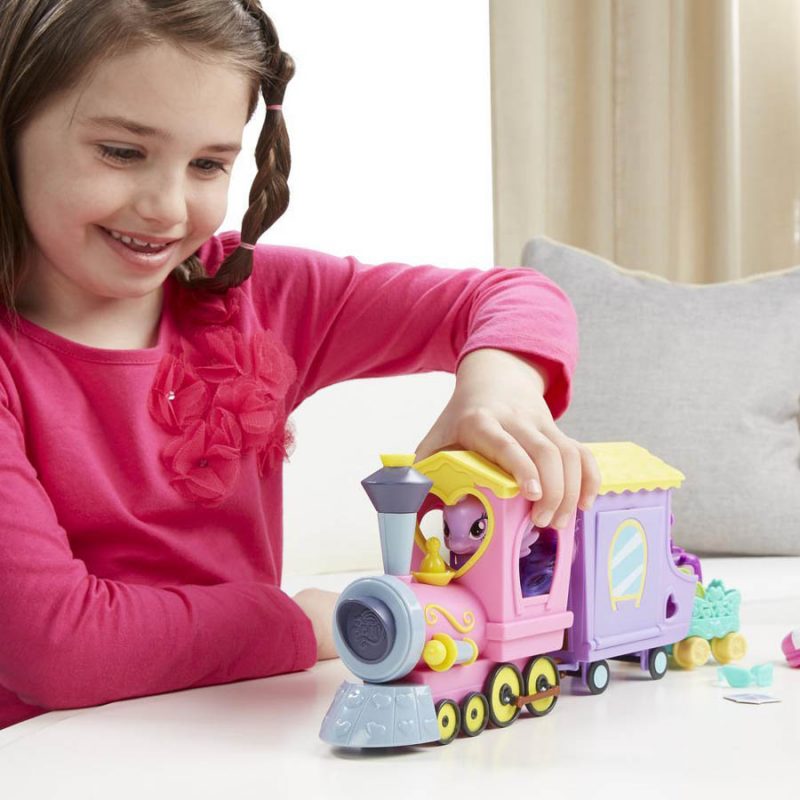 Imagine taking Princess Twilight Sparkle on a scenic trip aboard the My Little Pony Explore Equestria Friendship Express train! An engine car, train car, and caboose each have rolling wheels that keep this My Little Pony Friendship Express Train rolling with fun! The Princess Twilight Sparkle pony figure looks adorable in the conductor hat and glasses accessories, and the train car opens to play out fun stories inside and out. Pretend to serve passengers drinks, load the caboose with luggage, and pass out paper tickets. The caboose roof opens, and when play time is over it closes to hold the 10 included accessories. Also look for other My Little Pony figures to add to the fun! (Each sold separately. Subject to availability.) 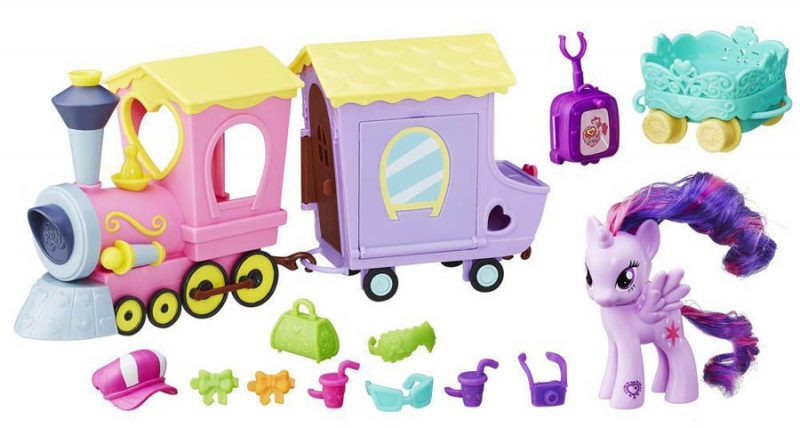 A newer show to me and my girls is Disney’s Elena of Avalor. It is a cute show about a Princess and her sister going on adventures. It inspires my girls to explore more, learn about science and be inventive. Those features along with the fun show combine together to be a great show for my girls to watch. This two pack of dolls (Princess Elena and her sister Isabel) will be a great gift for any little girl to wake up to on Christmas morning. They complete is beautiful dresses with accessories to play with. My daughter is going to love this set! 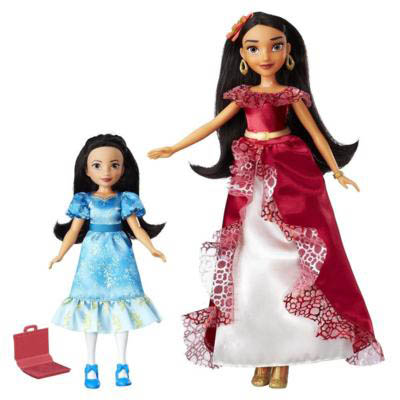 You can learn more about these toys and all of the other great toys Hasbro has for this coming Christmas season on: