Terry Fator‘s  performance at the Mirage Hotel and Casino is just as remarkable of a performance as we’ve ever seen!  He headlined the performance singing a beautiful song from one of his albums; and the kicker is I knew he could sing. Terry could have won America’s Got Talent with just his singing, and he wouldn’t have even needed to move his lips!  😉 His inspiring and hilarious comedy is drawn through his mastery of ventriloquism.  He has mastered the art of impersonations through his puppets. 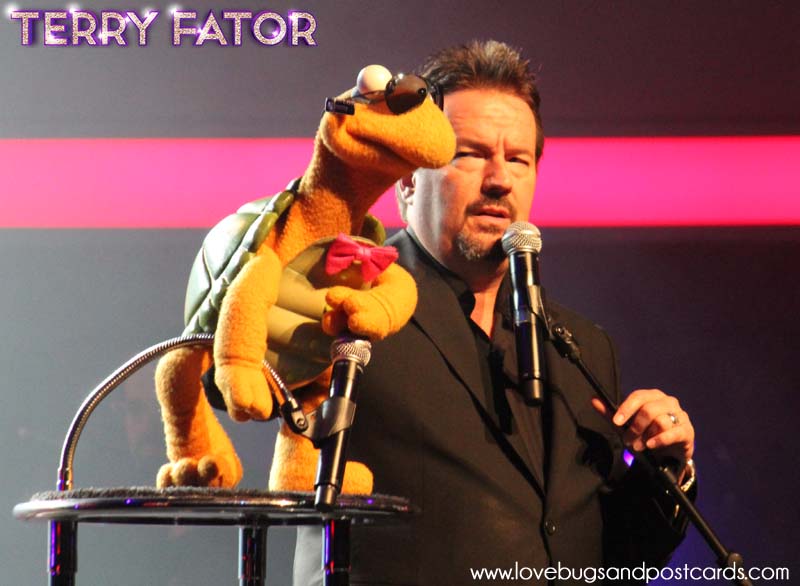 This particular show hallmarked Winston the Impersonating Turtle and his journey to Hollywood.  Terry Fator turned Winstons Journey into a mesmerizing joy ride full of LOL laughter and humor.  Several other puppets entered the scene as well, adding their 2 cents to every situation that presented itself throughout the night. His assitant Taylor Makakoa also played a great role in the show. My husbands favorites were 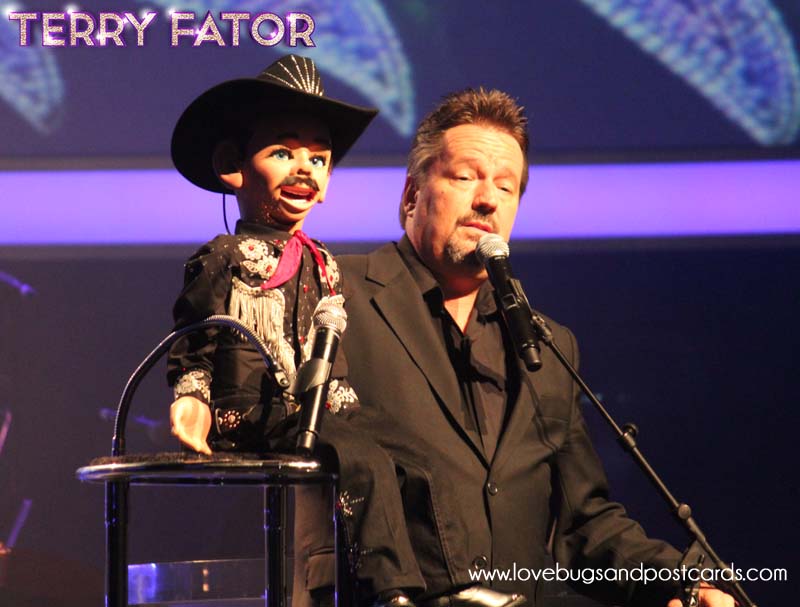 “Walter T. Airdale a country singer running for President because he believes as a dummy, he’ll fit right in Washington DC” 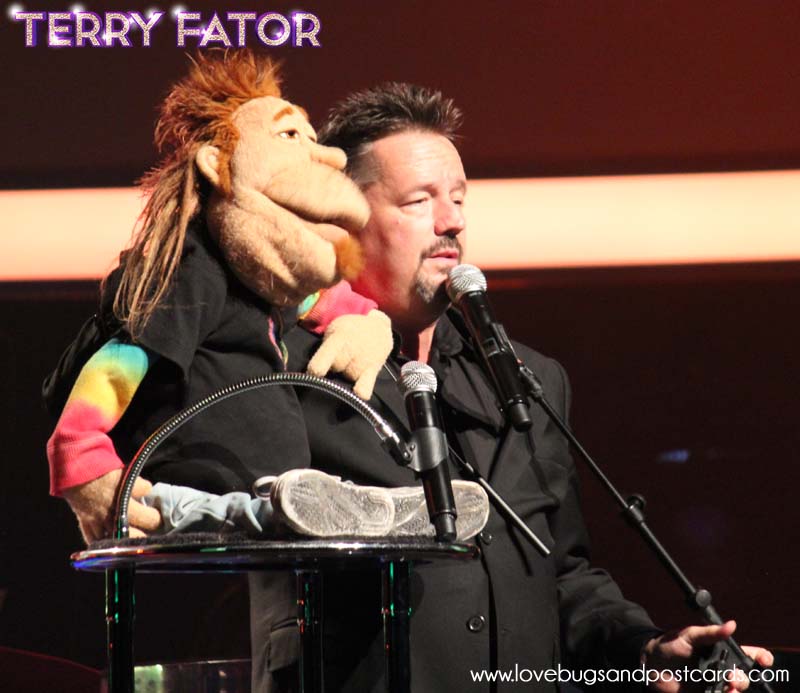 “Duggie Scott Walker, Terry’s annoying neighbor and hard partying dude who lives in Nevada with a Colorado state of mind” 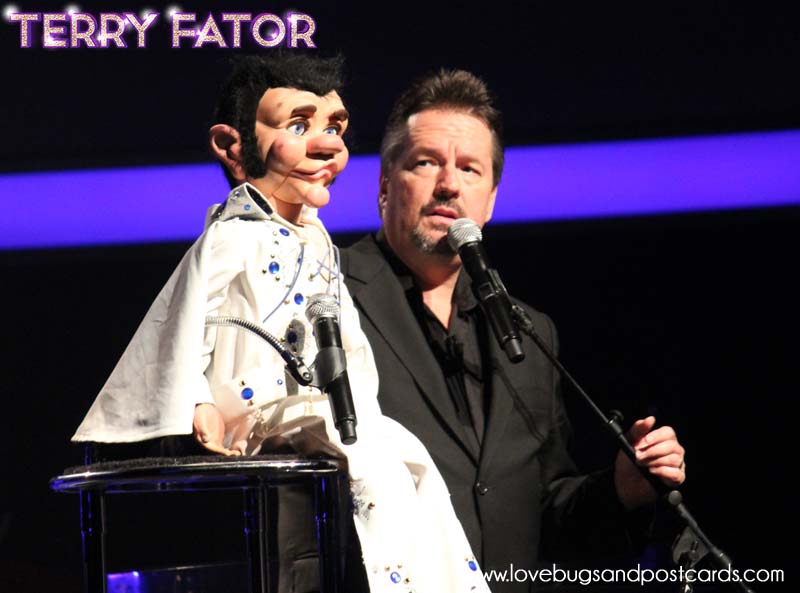 “Maynard Tompkins the world’s greatest Elvis impersonator who doesn’t actually know any Elvis songs.” He was one of my favorites as well!

Some of the others that came on stage were 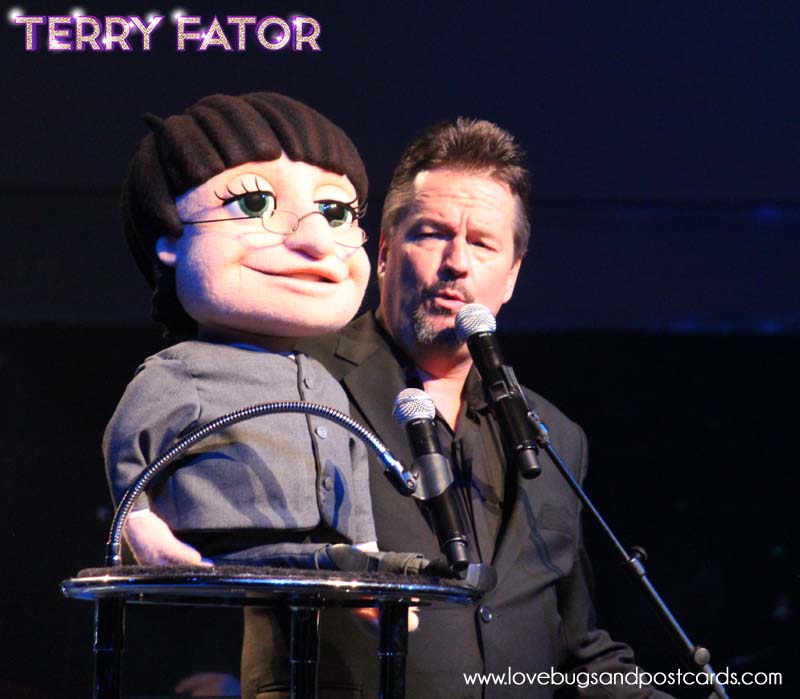 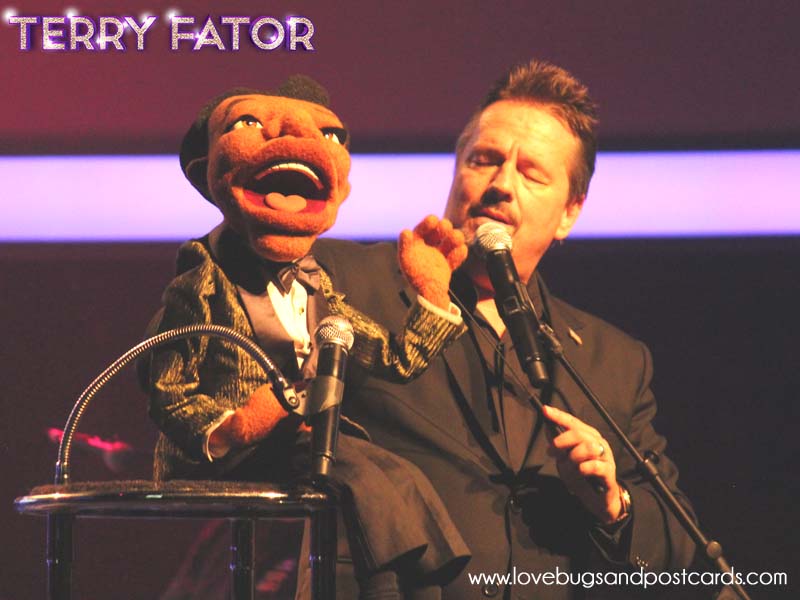 Julius  – “Julius is a legend from the Apollo Theater, a constant reminder on stage of how much cooler he is than Terry.” 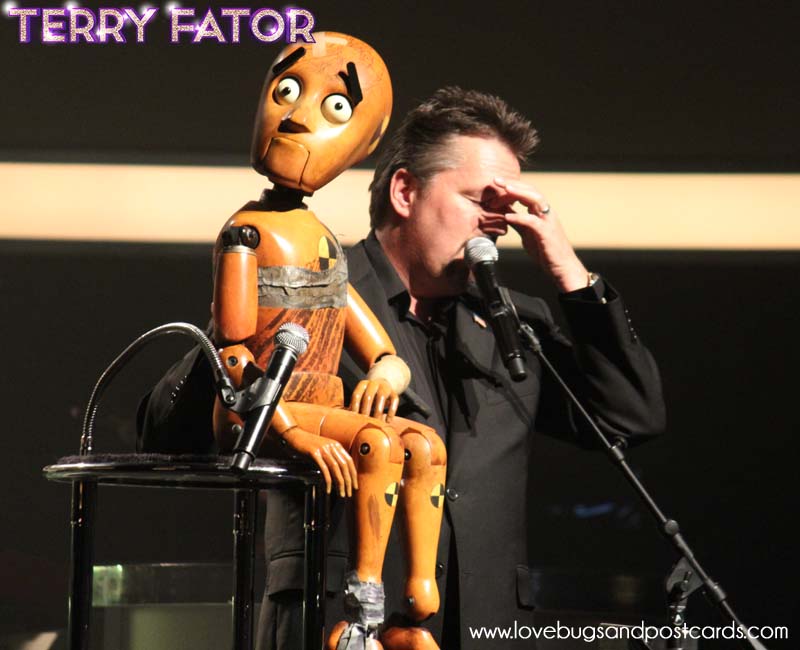 Wrex – “Wrex is a crash test dummy whose life is a head-on collision with the 18-wheeler of fate.” 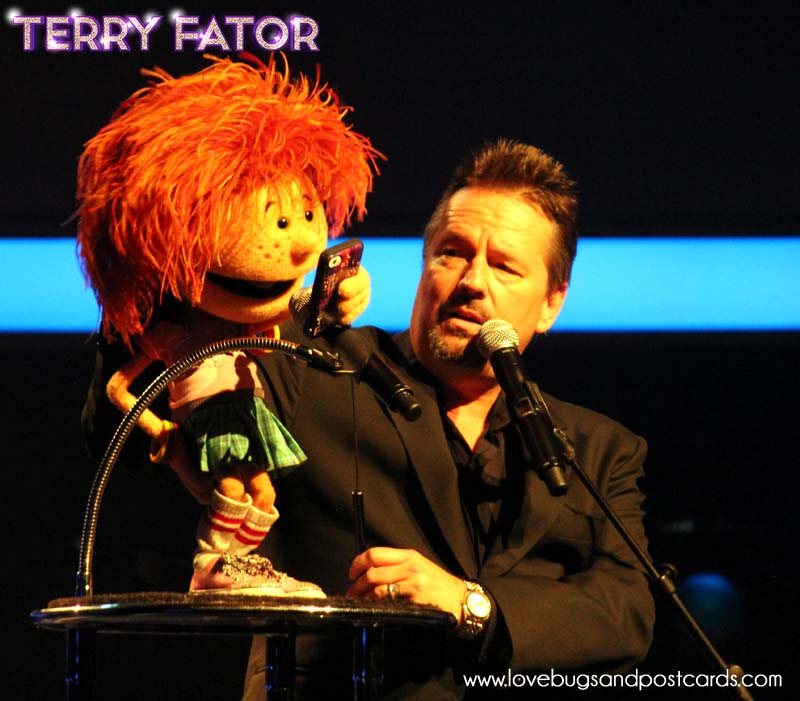 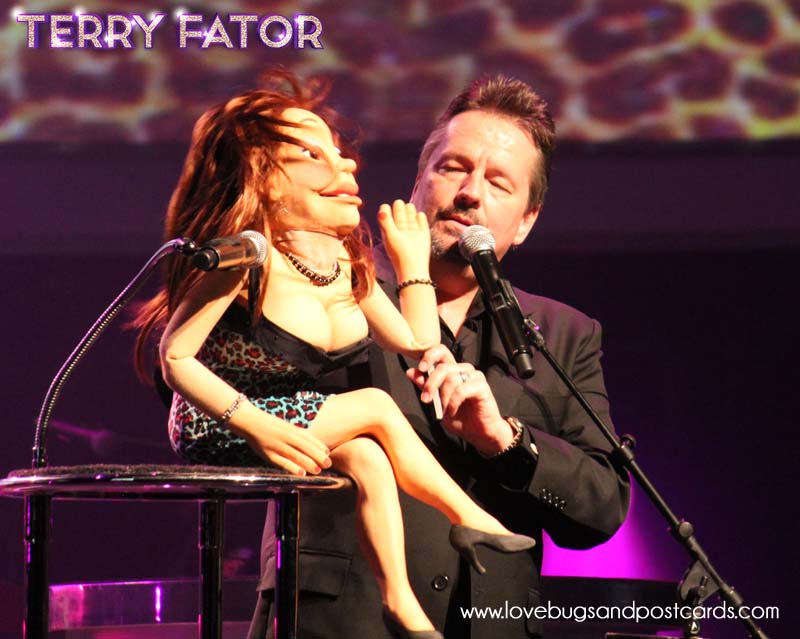 and Vikki the Cougar –  “Vikki is the ultimate cougar, always on the prowl for young men who live rich and see poorly.”

The main reason I enjoyed this so much is I love to laugh.  I laughed throughout the entire show and sometimes even to the point of tears and a side ache.  I love to see quality entertainment which isn’t raunchy and still has that subtle hint of adult humor to it.  Terry nailed it!  His ability to throw his voice doesn’t just stop at the edge of the puppet, but he was throwing his voice to make it sound like there was one of his puppets speaking behind the curtains, off the stage, or even in a box. 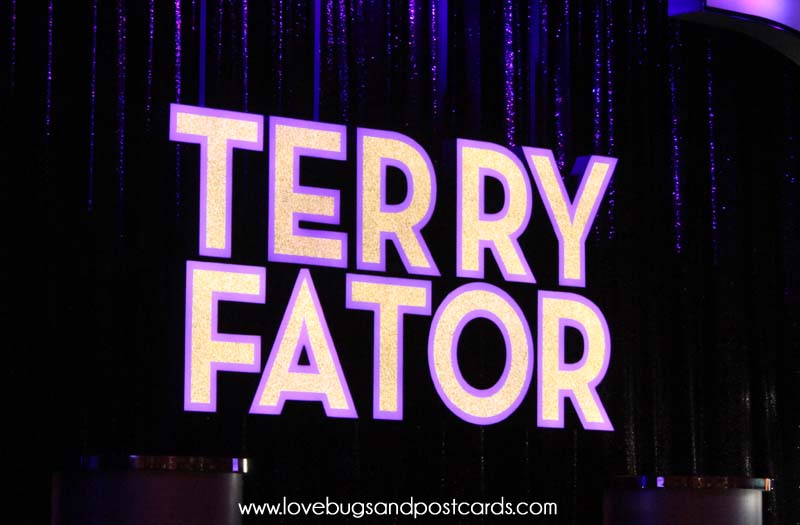 And to finish the show Terry sang a beautiful self-written song to honor all of the veterans that served or currently serve the country.  He asked them all to stand and the audience clapped and cheered as they stood.  Very classy and perfect way to put an end to the perfect evening. Terry Fator truly is a genius and an entertainer that all other entertainers showed inspire to be like.

We recorded just a little bit and I wanted to share one of our favorite parts.

Be sure to check Terry out – if you are able to get to one of his shows – DON’T MISS IT! You will love every minute! He is on tour right now – so be sure to check Terry’s TOUR SCHEDULE to see if there is a show by you and get tickets while you can. I have no doubt he will sell out. You can also visit him at:

We received tickets to the show in order to do do this review. We only recommend products or services that we believe will be beneficial to our readers.

He's so funny. I've seen his act a few times on TV & I love all of his characters! I have been wanting to see his show- maybe I'll go for my birthday that's coming up.

Looks like a fun show! Vegas is on our travel wishlist, will have to keep this show in mind!

Looks like a really fun time. What a great experience. Never been to a Vegas show before.

I love live acts like this-they are hysterical and so enjoyable-I hadn't heard of Terry before-I will have to look him up-thanks!

This looks hysterical! I;d love to see him one day live, what a talent.