We received a complimentary copy of the movie for review. All opinions are my own. 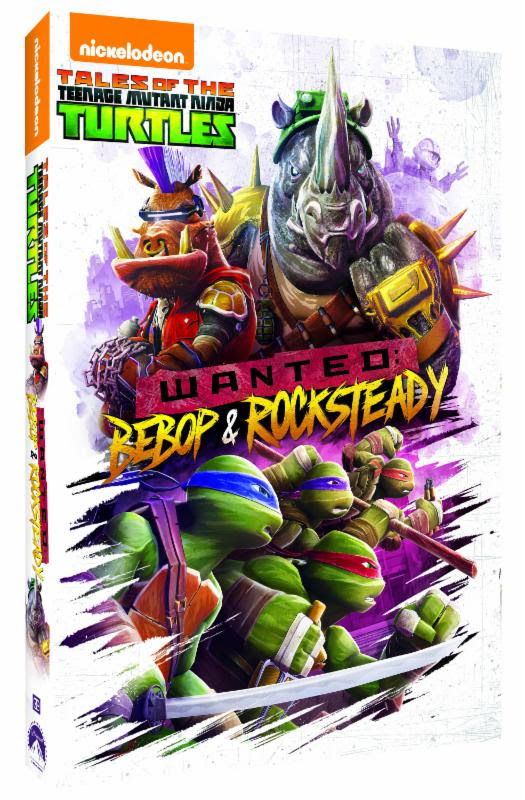 We are fans of all of the Teenage Mutant Ninja Turtles cartoons and this DVD brings even more great episodes to our home for my kids to enjoy. I love how they are tying in the classic old-school parts of the show and bring back some of the things I remember about it growing up! You are going to enjoy watching these with your kids and reliving a little of your childhood.

For the first time ever, episodes of Nickelodeon’s Teenage Mutant Ninja Turtles will arrive on DVD two months before their television debut in Tales of the Teenage Mutant Ninja Turtles Wanted: Bebop & Rocksteady, hitting shelves September 12. This clock-stopping and time-hopping special is sure to be an instant favorite among modern day fans as well as superfans of the original 1980’s series.
This thrilling addition to the Tales of the Teenage Mutant Ninja TurtlesDVD franchise features four time-bending episodes that tests the Turtles both mentally and physically as they continue, as always, to fight for justice and protect their city. Also available exclusively to this DVD is an animated music video featuring the Turtles rocking out to the song “Ice Cream Kitty,” which was written and performed by Greg Cipes (voice of Michelangelo) and DJ Hymn.
Dimensions collide in this one-of-a-kind Teenage Mutant Ninja Turtles special when ’80s Shredder and Krang transport themselves to present-day New York. There they team up with Bebop and Rocksteady for the ultimate throwback throw-down against the Turtles. This four-episode collection not only brings back classic and villainous faces, but also takes fans back to where it all began – with a newly mutated Splinter on the run while protecting four baby mutant turtles.
Tales of the Teenage Mutant Ninja Turtles Wanted: Bebop & Rocksteady contains the following episodes:
RELATED  Giveaway: Just Between Friends (JBF) Consignment Pre-Sale Passes and Gift Certificate! (Utah Only)

We are excited to giveaway a copy of the DVD + a bonus sticker book! Enter on the Rafflecopter below. Open to US only. Must be 18 or older to enter. All entries will be verified. Winner will have 24 hours to respond to winning email or a new winner will be chosen. Good Luck!