Star Wars: The Last Jedi comes out on DVD, Blu-ray, and 4K next Tuesday! To celebrate its release as well as the release of LEGO Star Wars: The Freemaker Adventures Season 2, we have partnered with Click Communications to bring you this amazing Easter Basket giveaway!

Doesn’t this Star Wars Easter basket look amazing! I know I would love to give this to my son for Easter. Your child will have hours of fun with this themed basket.

The winner will receive the following:

Director Rian Johnson takes fans on an intimate journey into the creation of Star Wars: The Last Jedi in a feature-length documentary, explaining his unique interpretation of the Force, detailing the painstaking process of creating Snoke, and deconstructing action-packed scenes from the film such as the epic space battle and the final confrontation. Johnson also reveals two exclusive scenes, featuring Andy Serkis as Snoke prior to his digital makeover, as well as 14 never-before-seen deleted scenes, in addition to his audio commentary.

o   Lighting the Spark: Creating the Space Battle – Get a close-up look at the epic space battle, from the sounds that help propel the action, through the practical and visual effects, to the characters who bring it all to life.

o   Snoke and Mirrors – Motion capture and Star Wars collide as the filmmakers take us through the detailed process of creating the movie’s malevolent master villain.

o   Showdown on Crait – Break down everything that went into creating the stunning world seen in the movie’s final confrontation, including the interplay between real-word locations and visual effects, reimagining the walkers, designing the crystal foxes, and much more. 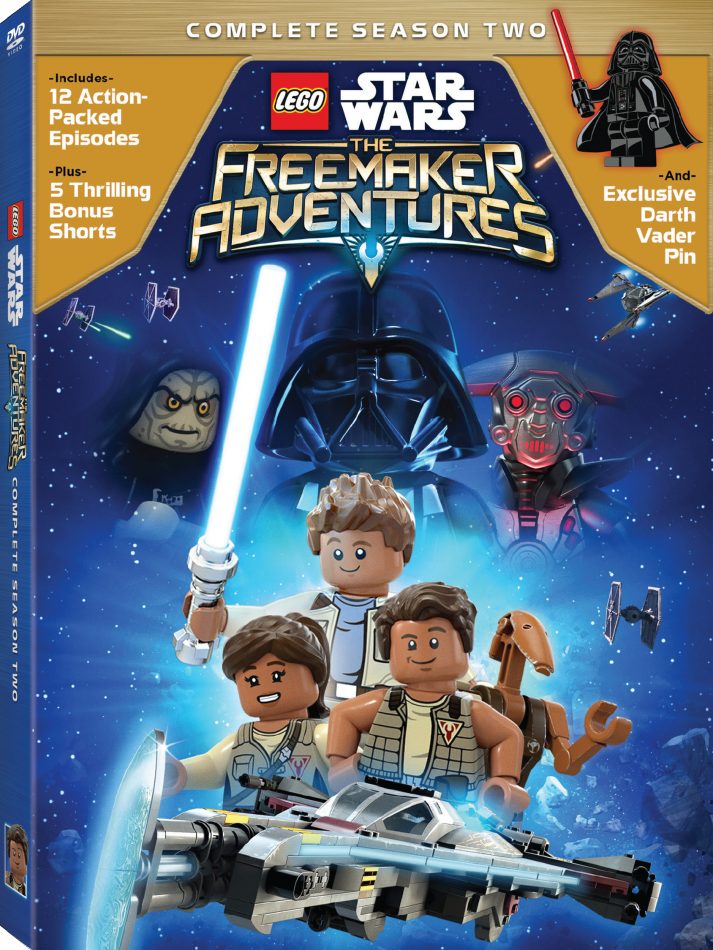 In season two of “LEGO Star Wars: The Freemaker Adventures,” the three Freemaker siblings—Rowan, Kordi and Zander—have found a new home with the Rebel fleet. But working with the Rebels in their fight to bring down the Empire brings them face to face with brutal Imperial forces, desperate Hutts, conniving Sith Lords and the Emperor’s latest plaything, M-OC.

Fans who bring home the second and final season will enjoy all 12 action-packed episodes plus five bonus shorts that follow the Freemakers as they are thrown into battle after they join up with the Rebels – including an adventure that has them embarking on a daring mission to save two of the Rebellion’s finest heroes: Lando Calrissian and Chewbacca.