You are here: Home / Entertainment / Scooby-Doo! and the Curse of the 13th Ghost

Warner Bros. Home Entertainment provided me with the free physical copy I am including in this Blog Post. The opinions I share are my own.

I love watching Scooby-Doo! movies with my kids. The newest release from the Mystery Inc. gang is called Scooby-Doo! and the Curse of the 13th Ghost. It is a lot of fun to watch and packed with a great adventure. 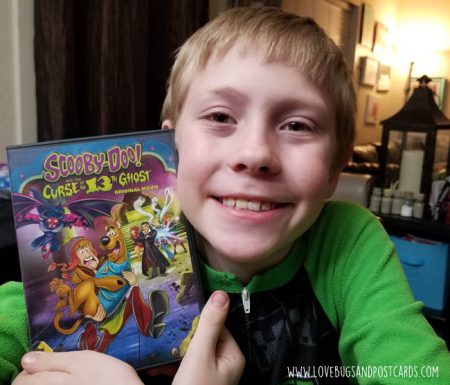 The Mystery Inc. gang heads to the snowy peaks of the Himalayan mountains to track down a lost chest that contains the spirits of 12 captured ghosts on Scooby-Doo! and the Curse of the 13th Ghost, an all-new, full-length animated film now available on Digital and DVD from Warner Bros. Home Entertainment. It’s an action-packed adventure the whole family can enjoy together as the lovable Great Dane and the teen sleuths embark on a thrilling voyage to find the lost chest and capture the 13th ghost – the one that got away!  Based on the classic animated television series The 13 Ghosts of Scooby-Doo, in this brand new film, viewers will finally learn the identity of the 13th ghost – a mystery that has never been revealed before.

After the Mystery Inc. gang goofed up a case and nabbed an innocent man, they’re forced into early retirement from crime solving. It’s not long, however, before their old friend Vincent Van Ghoul needs help and pulls the team right back into action. The gang has unfinished business they must tend to, which involves catching a ghost that previously got away. It all happened one summer while Velma and Freddy were away at camp. Scooby-Doo, Shaggy, and Daphne secretly hunted down 12 of the world’s spookiest ghosts but failed to catch the evilest one of them all…the 13th ghost.

RELATED  South Side with You movie + Apple Pie

Now the elusive spook is wreaking havoc. Vincent needs help having him captured and confined to the chest of demons, a box that contains the other 12 captured ghosts. With the 13th ghost still on the loose, the gang will have to come out of retirement and finish the job once and for all. The chest, however, is now located somewhere in a remote village in the Himalayas. Determined to help Vincent, the gang sets out on one of their most thrilling adventures yet! Bundle up and get ready for the icy slopes of the Himalayan mountains, chilling car chases, crystal balls and spine-tingling spells in this terrifyingly fun original movie!

“We’re delighted to offer this brand-new, animated Scooby-Doo! film. It’s a perfect choice for family movie night. Kids will be engaged as they try to solve the mystery behind the 13 ghosts and adults will be entertained by the film’s clever writing and eye-catching animation,” said Mary Ellen Thomas, Vice President Family & Animation Marketing. She added, “This is a must-own film for all Scooby-Doo! fans.” 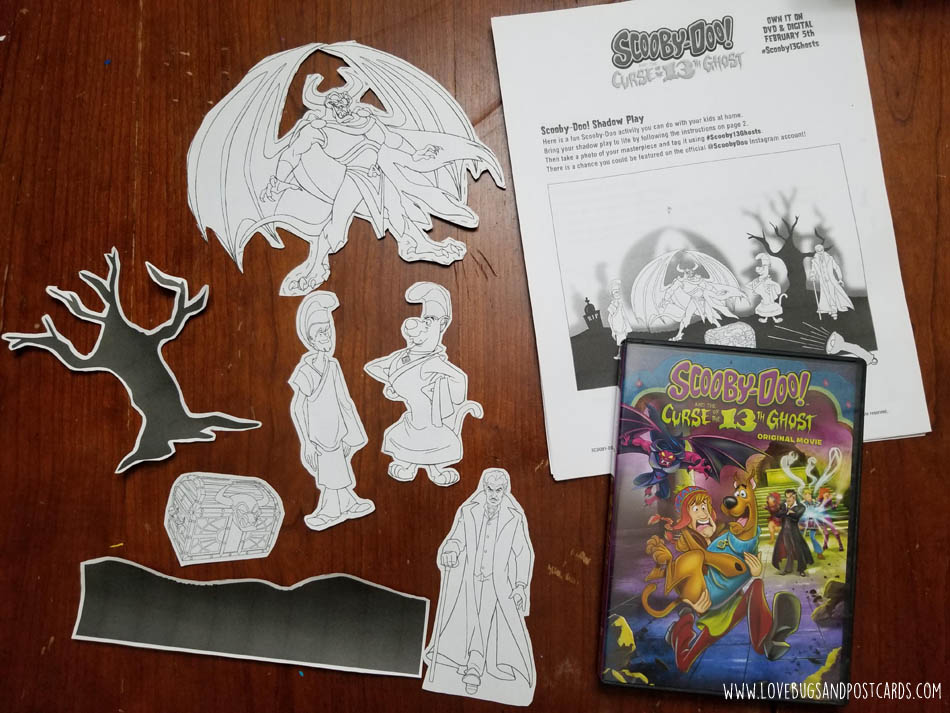 Scooby-Doo! and the Curse of the 13th Ghost features the familiar voice talents of Frank Welker as Scooby-Doo/Fred Jones, Grey Griffin as Daphne Blake, Matthew Lillard as Shaggy Rogers, Kate Micucci as Velma Dinkley and Maurice LaMarche as Vincent Van Ghoul.  The film was executive produced by Sam Register, written by Tim Sheridan and directed by Cecilia Aranovich Hamilton. 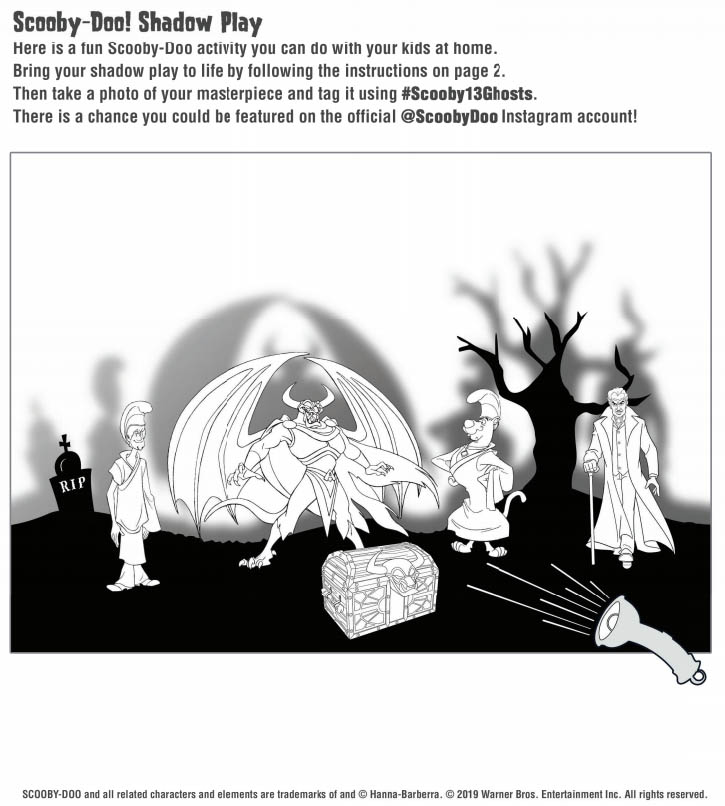 We have this fun Scooby-Doo printable to share with you. If you put it together, take a photo of your shadow play and tag it using #Scooby13Ghosts. There is a chance it could be featured on the official @ScoobyDoo Instagram account! How cool would that be??? My kids have had so much fun playing with it!

RELATED  GIVEAWAY: Family 4-pack of tickets to the HEBER VALLEY RAILROAD Day Out With Thomas (ends 5/7) 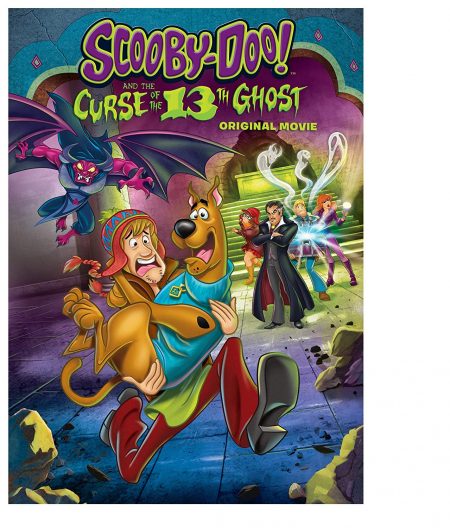 And now for the giveaway! One lucky reader will win a copy of the movie Scooby-Doo! and the Curse of the 13th Ghost.

This is open to US. Must be 18 or older. Sweepstakes will run from 2/5/19 through 2/12/19. This contest is not endorsed or sponsored by Facebook, Twitter, Pinterest, Google or any other social media.