We received a copy for review. All opinions are my own. I feel like I am sitting in my living room 25 years ago watching Saved By The Bell as a teenager. This was one of my favorite shows growing up and I am SO EXCITED to watch them all again with my kids (tweens and teens). Not only did I come to love the characters, but the stories and lessons that were taught are important for kids to learn, no matter what generation.

I am also thrilled that they included the College Years as well as the movies! I just really loved it all and can’t wait to soak it all up again and rewatch them with my kids. 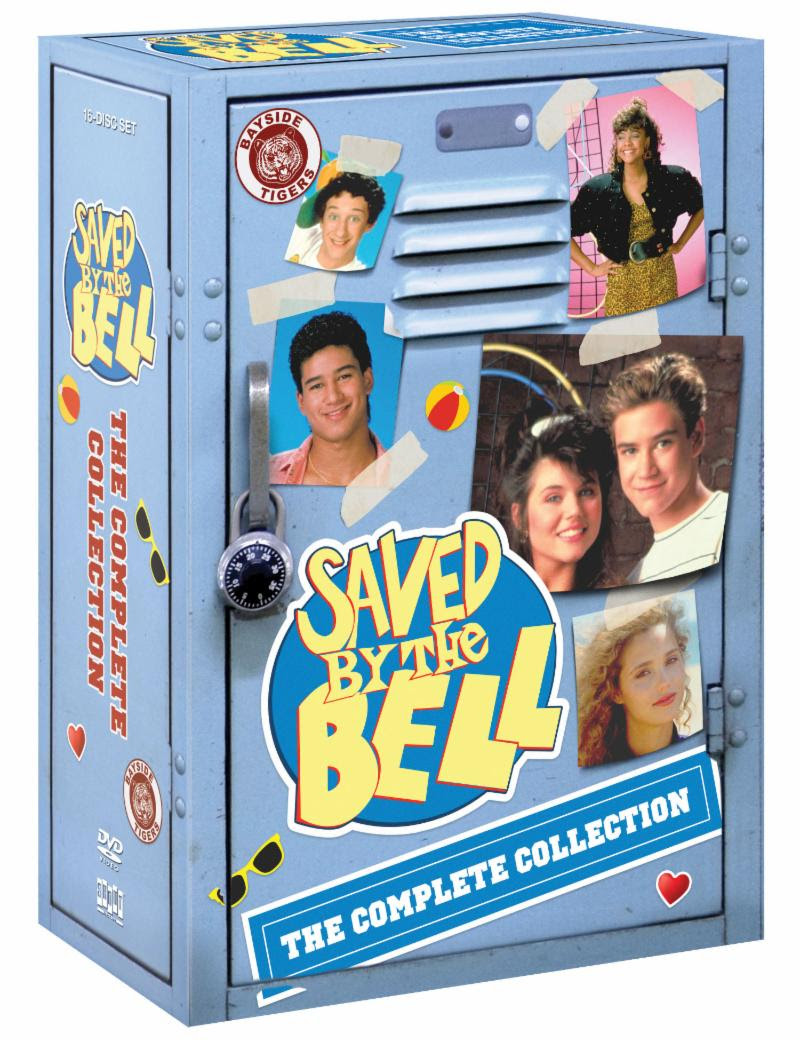 FULL LINEUP OF “MAX-ED OUT” BONUS FEATURES ANNOUNCED FOR SAVED BY THE BELL: THE COMPLETE COLLECTION

Relive the laughter, lessons and love with Zack and his Bayside High Pals in the ultimate 16-disc collector’s set of this iconic ’90s sitcom, featuring every series episode and BRAND NEW Bonus Features, available now at Amazon.com!

It’s a bummer that summer’s over, but Shout! Factory starts the new school year off with a bang by unveiling the final list of bonus features for Saved by the Bell: The Complete Collection, a “Max-ed” out, completist’s DVD set of the iconic and addictive ’90s Saturday morning sitcom.

From 1989 to 1993, for a generation of TV viewers, “Saved by the Bell” was the show that perfectly echoed their lives in middle school and high school and it became a cultural touchstone, changing teen programming forever. To help this ultimate collector’s release matriculate, the pop culture mavens at Shout! have assembled an extra-credit worthy line-up of bonus programming, including two BRAND NEW documentary featurettes: “Past Times at Bayside High: Making Saved by the Bell,” a retrospective documentary featuring interviews with writer/producer Peter Engel, producer Franco Bario, writer/producer Tom Tenowich, writer/producer Bennett Tramer, actress Lark Voorhies, and more; and, “Bayside’s Greatest Hits: The Music Of Saved By The Bell,” a documentary short featuring songwriter/composer Scott Gale and composer Rich Eames! Additional bonuses include more in-depth featurettes, audio commentaries, a 16-page episode guide and more!

Set in the fictional town of Palisades, California and in the hallways of Bayside High, the breezy adventures of Zack Morris (Mark-Paul Gosselaar) and his friends — Kelly Kapowski (Tiffani-Amber Thiessen), A.C. Slater (Mario Lopez), Jessie Myrtle Spano (Elizabeth Berkley), Lisa Turtle (Lark Voorhies), and Samuel “Screech” Powers (Dustin Diamond) unspooled in hilarious fashion across 86 unforgettable episodes and home audiences can relive the laughter, lessons, and love all over again with this loaded set containing more than 46 incredible hours of Bayside bliss, including every episode from 1988’s “Good Morning, Miss Bliss” which became “Saved By the Bell: The Junior High Years” and the fan-favorite “Saved by the Bell” to “Saved By the Bell: The College Years” and the two feature-length TV movies that followed.

Oh wow this show is a serious blast from the past!

That is really cute packaging. My daughter would love this. Thanks for posting!