We received this product in order to do this review. All opinions are my own.

Monster Trucks is a Hilarious and Heartfelt Family Film. It Hits the Road Just in Time for Easter on Blu-ray™ Combo Pack April 11. You can buy it now on digital. We sat down together and watched Monster Trucks as a family. We hadn’t seen it before, and couldn’t wait to watch it. My kids loved it and my husband and I enjoyed it as well. It is a great clean family movie that is entertaining and exciting. Through the course of the movie, we fell in love with Creech and Tripp on their journey to reunite Creech with his parents and ultimately get them home. 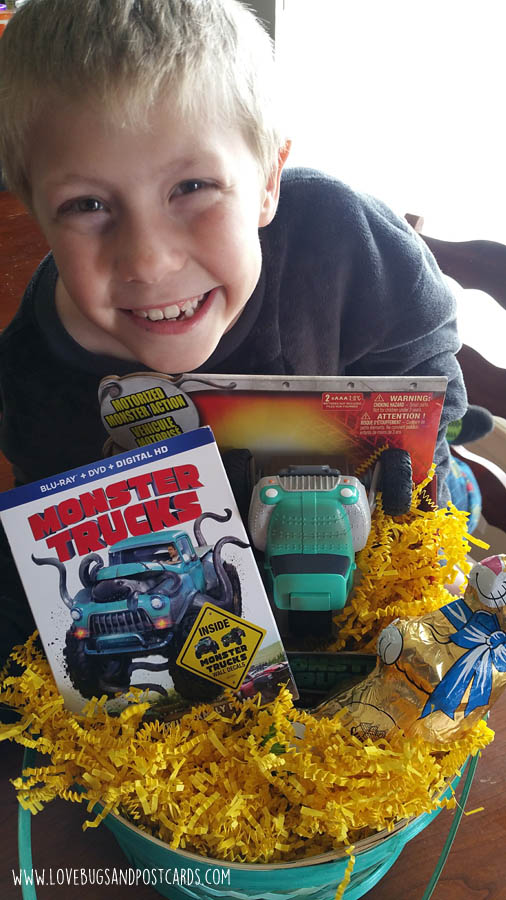 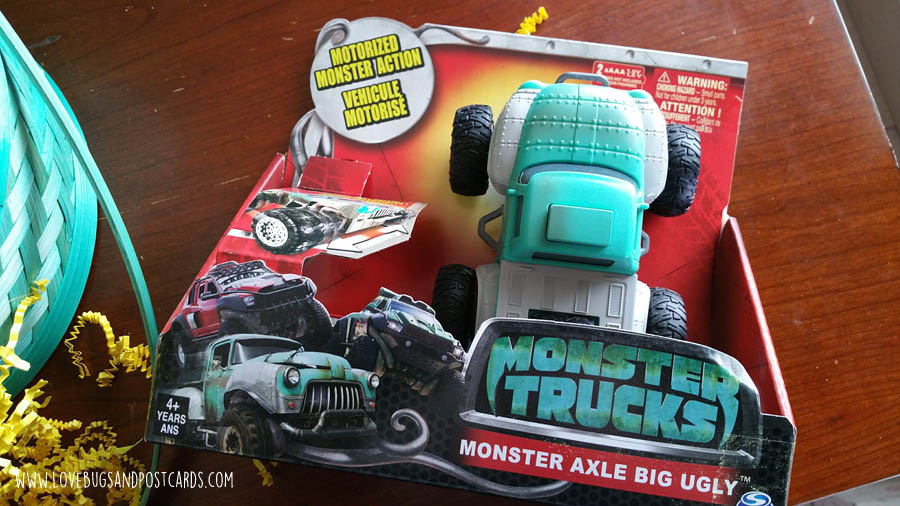 Tripp is a high school senior with a knack for building trucks who makes an incredible discovery – a gas-guzzling creature named Creech. To protect his mischievous new friend, Tripp hides Creech under the hood of his latest creation, turning it into a real-life super-powered Monster Truck. Together, this unlikely duo with a shared taste for speed team up on a wild and unforgettable journey to reunite Creech with his family. A fun-filled adventure that never slows down, MONSTER TRUCKS features a terrific ensemble cast including Lucas Till (X-Men: Apocalypse), Jane Levy (Don’t Breathe), Thomas Lennon (“The Odd Couple”), Danny Glover (Lethal Weapon), Amy Ryan (Central Intelligence) and Rob Lowe (“Parks and Recreation”).

A perfect family Easter gift, the MONSTER TRUCKS Blu-ray Combo Pack features over 40 minutes of action-packed behind-the-scenes bonus content.  Take a look under the hood and discover the magic behind MONSTER TRUCKS with interviews from cast and crew, deleted scenes, a hilarious gag reel and much, much more!  Plus, the Blu-ray Combo Pack includes collectible MONSTER TRUCKS wall decals, for a limited time while supplies last.  The film also boasts a Dolby Atmos® soundtrack* remixed specifically for the home theater environment to place and move audio anywhere in the room, including overhead.

The combo pack includes access to a Digital HD copy of the film as well as the following: 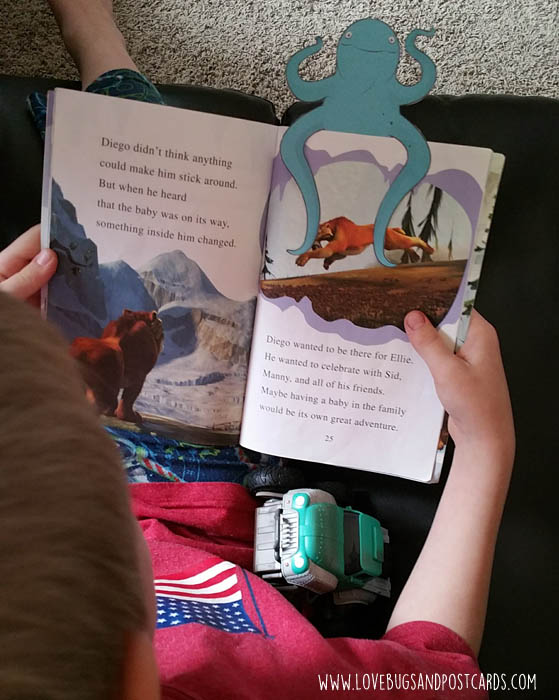 We also have a fun printable Monster Trucks Creech Bookmark that you can print out! My son loves his bookmark. Just click on the image below to print it out. This is fun for kids of all ages to keep in their story books, notebooks or use as a decoration. 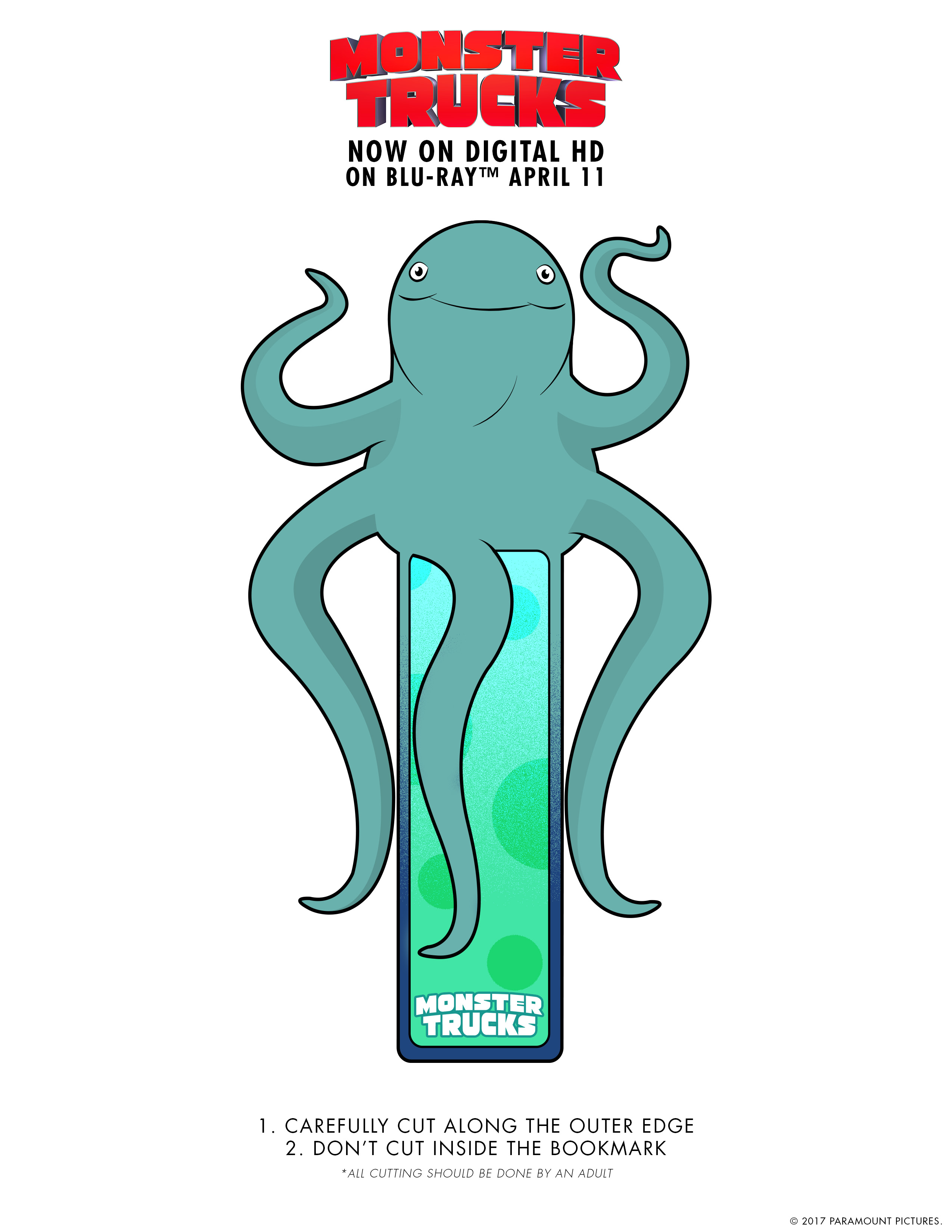 Watch the trailer for Monster Trucks:

Get your copy of Monster Trucks on Blu-ray on April 11 or on Digital now!

Learn more about the movie on: