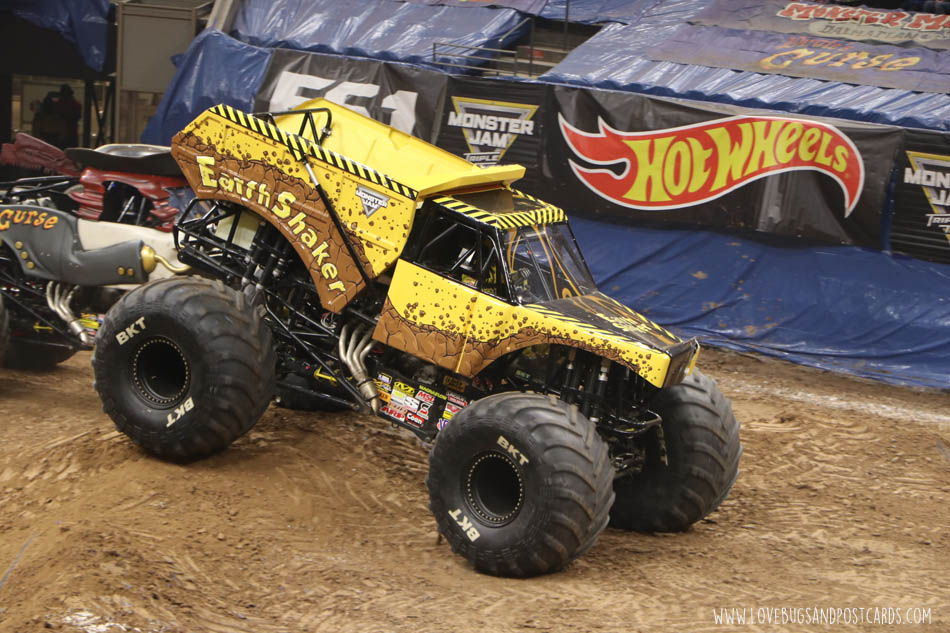 Last weekend we went to Monster Jam in Salt Lake City, Utah. It was so much fun. We received media tickets to the show. All opinions expressed here, are my own. The action-packed loud crazy fun is something we look forward to every year. This year, the line up is a little different, but I quickly became a fan of EarthShaker and was beyond excited when he ended up winning the whole competition!! The donut competition, wheelie competition, freestyle competition and everything in between had us up on our feet cheering and excited.

It was fun for us because we all had our own favorites. My daughter Brooklyn was cheering for the Monster Mutt Dalmation truck so it made for even more fun when our favorites won or did well. Grave Digger has been a family favorite for years, and Krysten Anderson dominated the freestyle competition. Overall, the night was a huge success and something that we will be talking about until we can go again next year (or if I can get tickets to the finale in Vegas 😉 ). 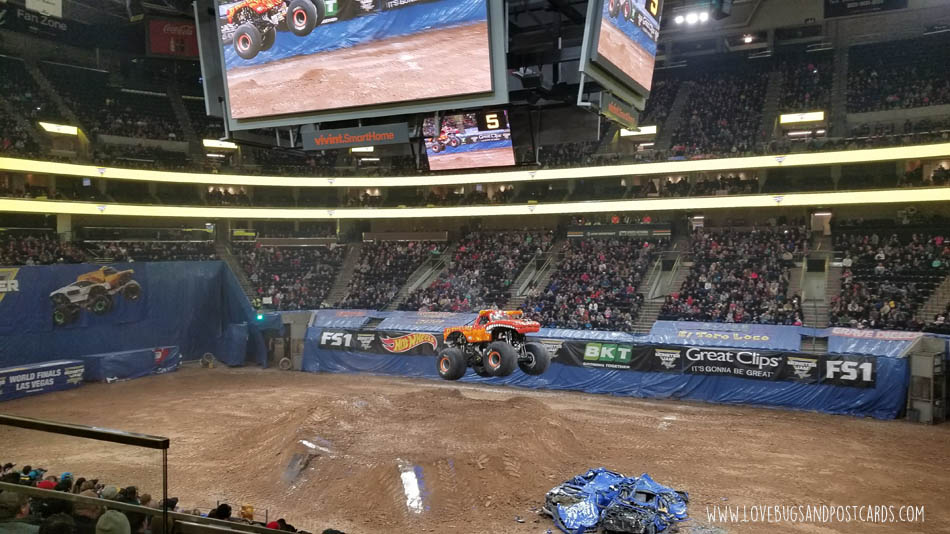 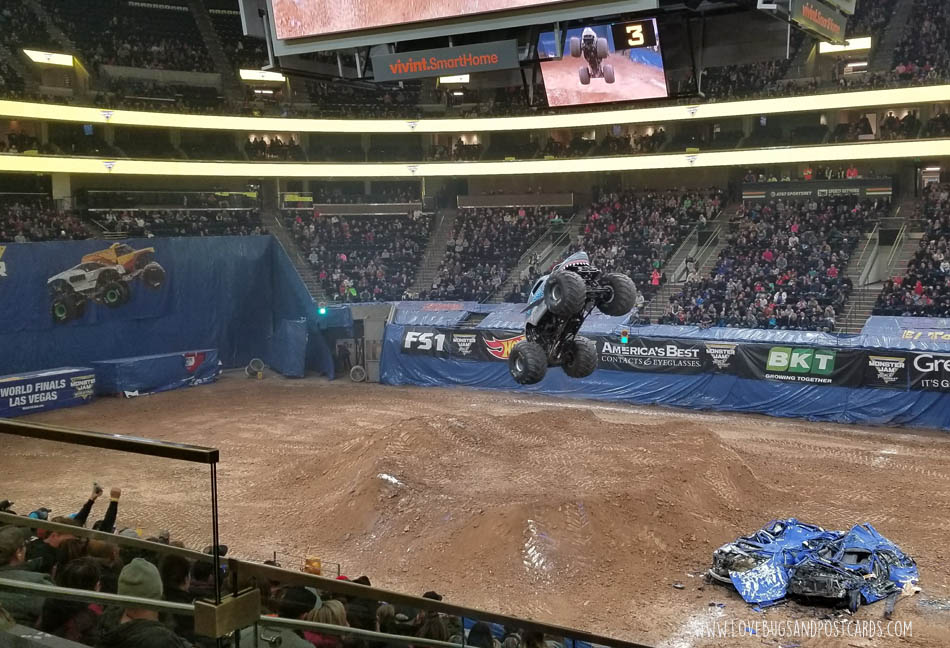 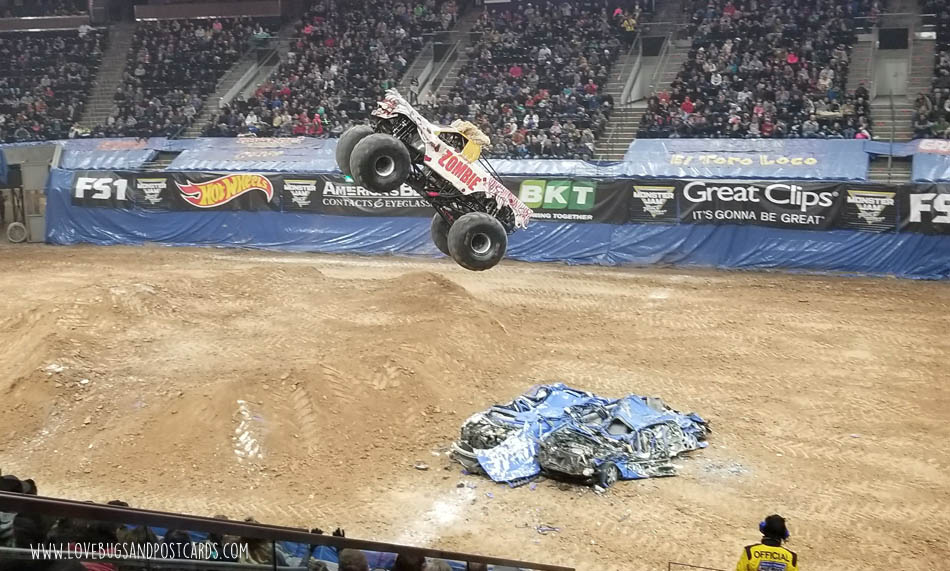 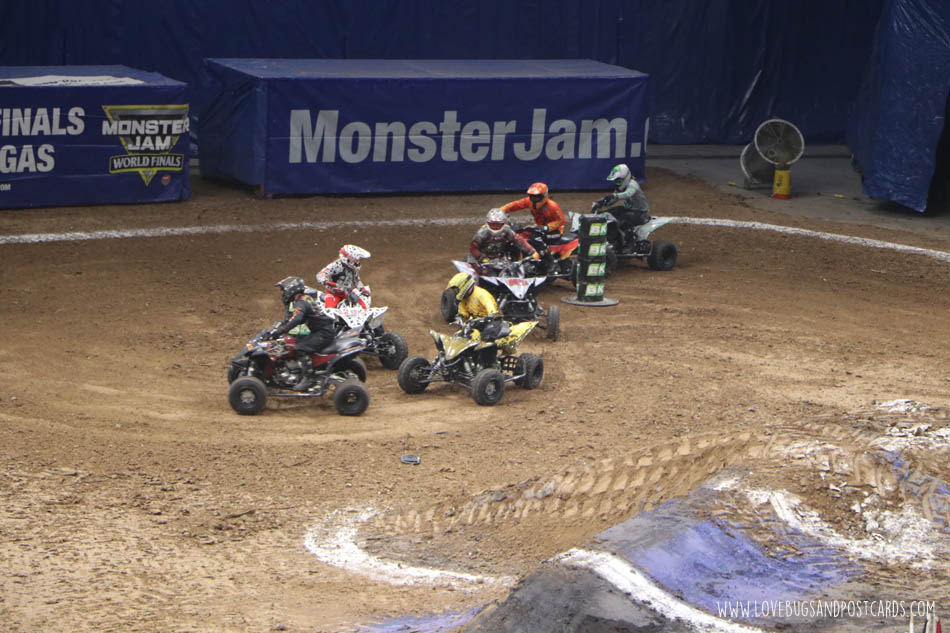 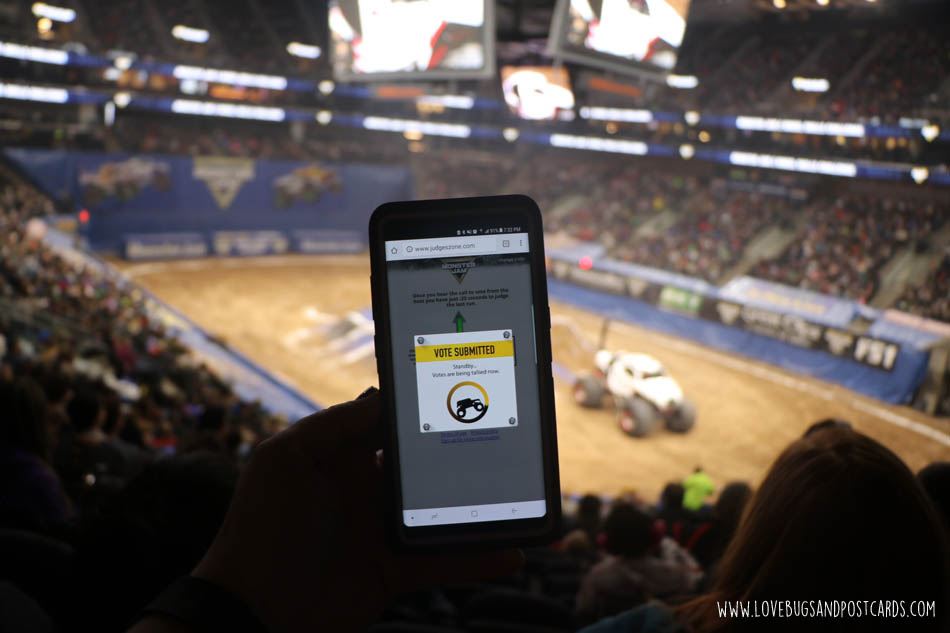 Another fun thing we enjoyed was voting! Instead of having a judges panel this year, they let the audience vote through a website to score the trucks for various things. We all loved the interaction and trying to decide on what to vote. Be sure to participate when you go to Monster Jam!

For more information on Monster Jam, please visit MonsterJam.com and look for tickets to a show near you!

Featuring the eight most intense athletes of Monster Jam, Salt Lake fans will witness a fierce battle for the championship that tests the versatility of the athletes as they go head-to-head in seven different competitions driving three customized high-powered vehicles:  the larger-than-life 12,000 lb. Monster Jam trucks, Monster Jam Speedsters and Monster Jam ATVs.  These extreme athletes battle for points in challenging Racing and Freestyle events that push themselves and their machines to the limit – delivering what fans want to see the most… more trucks, more racing, more freestyle, more donuts, more wheelies, more action!

This year will be highlighted by 4 new trucks making their Utah debut appearances including the newest member of the Monster Jam beasts family – the menacing giant shark Megalodon, along with construction crew themed EarthShaker™, Alien Invasion™ and Pirate’s Curse™.

this looks like a lot of fun for the family