Warner Bros. Home Entertainment provided me with free copies of the DVD I am giving away in this giveaway post. 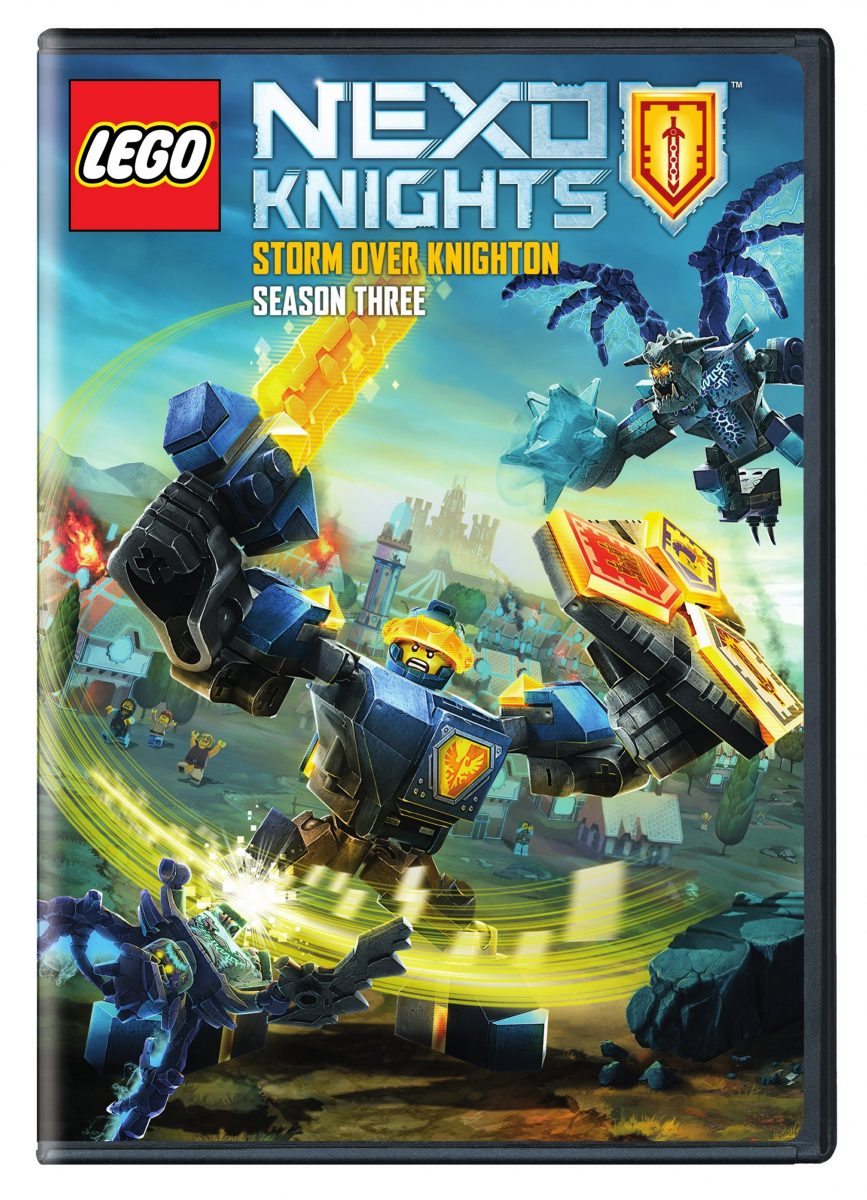 I love watching the LEGO®shows and movies with my kids. One of our favorites is LEGO®NEXO KNIGHTS. Season 3 was just released and we have enjoyed rewatching all of the funny and engaging episodes. This set is great to add to our collection, so we can watch it anytime. We are excited to be offering a giveaway for three winners to each win a LEGO® NEXO KNIGHTS Season 3.

With the evil Book of Monsters destroyed and Jestro, the dark court jester, on an apology tour throughout the Kingdom, the NEXO KNIGHTS have returned home.  Due to the Knights’ valiant efforts peace has come again to Knighton. But all is not what it seems. Evil forces are lurking in the shadows, waiting for the right moment to attack the unassuming kingdom. Available on September 12, 2017 for $18.94 SRP, LEGO® NEXO KNIGHTS – Season 3 includes all 10 thrilling episodes as our heroes must again take action and rise up against wicked forces threatening the Kingdom of Knighton.

The NEXO KNIGHTS have returned from their fight with Jestro and the Book of Monsters and peace has been restored to the Kingdom of Knighton, or so it seems. Merlock the Magician senses a great disturbance in the magical time-space aura, but the citizens of Knighton remain ignorant to any impending danger. With Jestro providing sub-par weather forecasts on the morning news and the Book destroyed, their safety is a given… isn’t it? But as history repeats itself, all is not safe. Monstrox returns in a new form – no longer the Book, but as the Cloud of Chaos with the ability to travel across the Kingdom of Knighton wreaking havoc and creating monsters from stone. With Jestro and his army of stone monsters at his side, Monstrox forces the NEXO KNIGHTS to rise to fight for their realm once more. Utilizing their new NEXO-Mech Suits and stronger Combo Powers, the Knights must fight to keep Monstrox from collecting the Forbidden Powers and using them to bring the Stone Colossus to life and destroying the kingdom. But a strain is put on the Knights when their leader, Clay, discovers he is turning to stone, just like one of The Cloud’s monsters. Who will Clay train to take his place in this dire time? Will this new leader continue to keep the Kingdom of Knighton safe from destruction?  Or will Monstrox and Jestro prevail? Discover whether good will conquer evil once again in LEGO NEXO KNIGHTS – Season 3.

THE KNIGHTS RISE TO FIGHT FOR THE KINGDOM AS WARNER BROS. HOME ENTERTAINMENT AND THE LEGO GROUP RELEASE LEGO® NEXO KNIGHTS – SEASON 3 ON DVD SEPTEMBER 12, 2017

Enter below to win a copy of LEGO® NEXO KNIGHTS – Season 3 DVD’s. Open to US only. Must be 18 or older to enter. All entries will be verified. Winner will have 24 hours to respond to winning email.

RELATED  GIVEAWAY: 4 Tickets to Disney on Ice Presents Rockin' Ever After on March 5 (ends 2/18)