We were able to attend a pre-screening. All opinions are my own. A few days ago, JUMANJI came out in theaters. I was able to attend a pre-release screening with my family and we were so excited to see the movie. It didn’t disappoint. It is SO FUNNY! We laughed the entire movie, and the overall storyline was great. The acting was superb and so were the special effects, blending seamlessly together to make you feel like you were in the game right along with them.

I had all of my kids, ages 6+, with me and after watching it – I would probably only have let my 13-year-old watch the movie with us. There is a lot of innuendoes and crude dialog – nothing that bothered me much – but I was blushing for my kids. I later talked to my 8-year-old son and he loved the movie but “didn’t understand what they were talking about”. With all this being said, I haven’t laughed so hard during a movie since I don’t know when. It is really great – and the superb storyline sealed the deal! This is a movie that you need to go see in theaters. 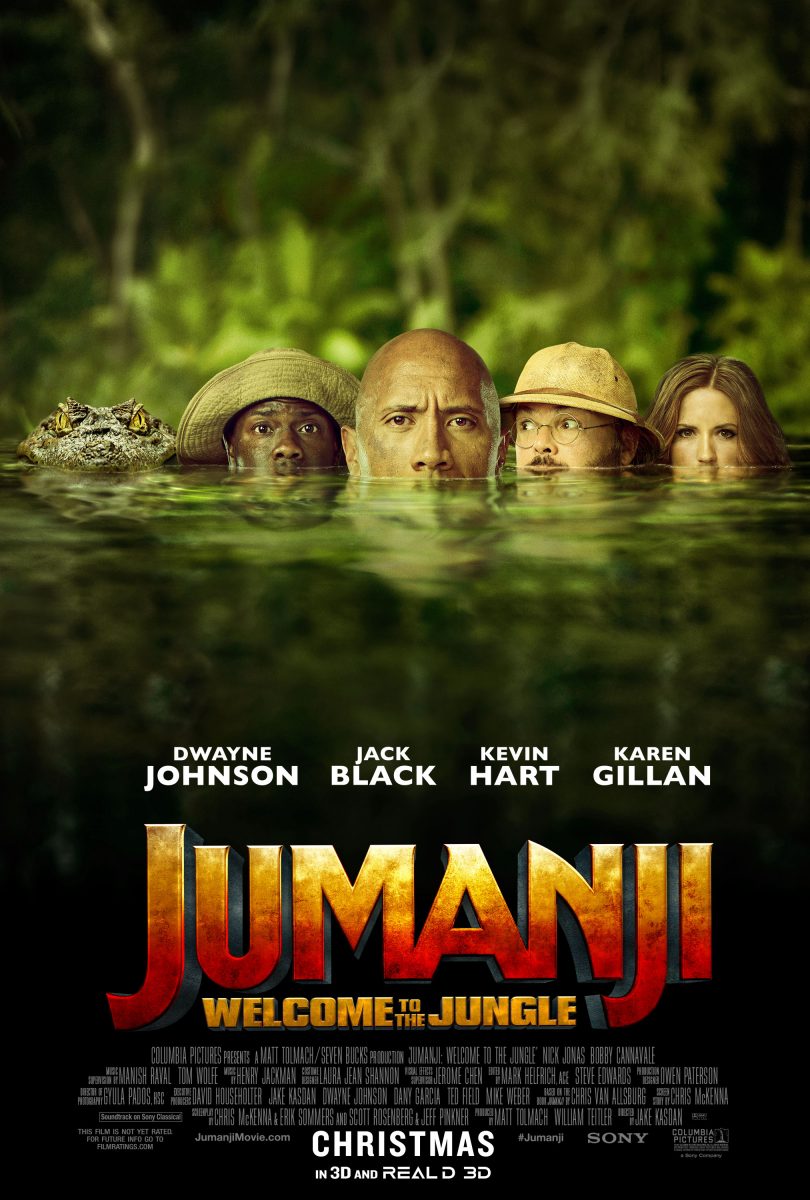 In the brand new adventure Jumanji: Welcome to the Jungle, the tables are turned as four teenagers in detention are sucked into the world of Jumanji. When they discover an old video game console with a game they’ve never heard of, they are immediately thrust into the game’s jungle setting, into the bodies of their avatars, played by Dwayne Johnson, Jack Black, Kevin Hart, and Karen Gillan. What they discover is that you don’t just play Jumanji –Jumanji plays you. They’ll have to go on the most dangerous adventure of their lives, or they’ll be stuck in the game forever…

Starring Dwayne Johnson, Jack Black, Kevin Hart, Karen Gillan, Nick Jonas, and Bobby Cannavale you know that it is going to be hilarious and packed with action.