You are here: Home / Entertainment / Heading to LA to interview Kevin Costner, Ginnifer Goodwin and many others! #McFarlandUSAEvent

Sometimes you just have to sit back and wonder ‘where has the time gone’? It seems like only yesterday that I was watching Robin Hood: Prince of Thieves

and then daydreaming that I was Maid Marion…dreaming of being  rescued by Robin (Kevin) and living in the trees.  As I got older I found my own “prince” but those memories will always be apart of me.  That film is just one of the many that captured my true admiration of Kevin Costner,  so when I found out a couple of weeks ago that I get to be part of a small group of bloggers that get to fly out to L.A. for the McFarland USA press junket,  I pretty much went back 20 years to that “daydreaming” girl again. Let me explain what I get to do so you understand why I am so excited about this trip. 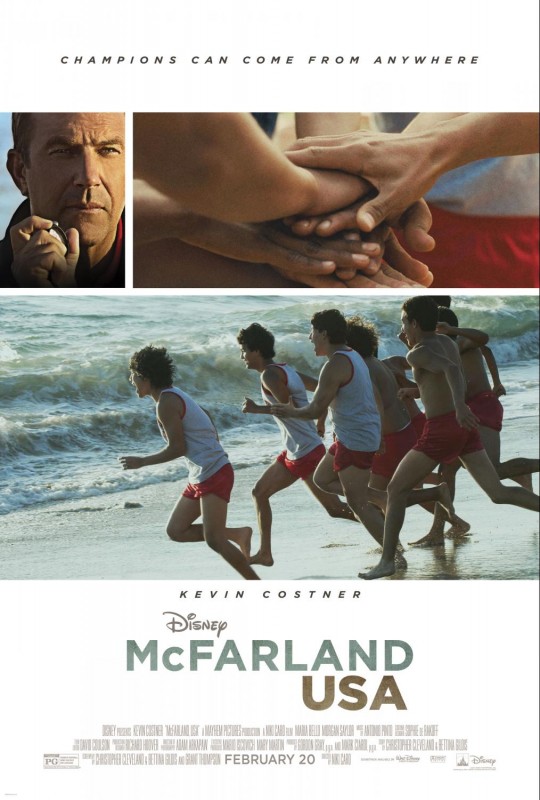 I will be attending the press junket of McFARLAND, USA (opening in theaters on 2/20) where I will get to interview Kevin Costner and additional cast, filmmakers and the real life inspirations behind the film! I am so excited about this. I don’t have all the details yet, but just being able to  meet and interview Kevin is something that has been on my bucket list since forever! I am truly in awe! This movie looks so good and I love that it is based on a true story! If you haven’t seen it yet – here is the preview:

Based on the 1987 true story, “McFarland, USA” follows novice runners from McFarland, an economically challenged town in California’s farm-rich Central Valley, as they give their all to build a cross-country team under the direction of Coach Jim White (Kevin Costner), a newcomer to their predominantly Latino high school. Coach White and the McFarlandstudents have a lot to learn about each other but when White starts to realize the boys’ exceptional running ability, things begin to change. Soon something beyond their physical gifts becomes apparent—the power of family relationships, their unwavering commitment to one another and their incredible work ethic. With grit and determination, the unlikely band of runners eventually overcomes the odds to forge not only a championship cross-country team but an enduring legacy as well. Along the way, Coach White realizes that his family finally found a place to call home and both he and his team achieve their own kind of American dream. 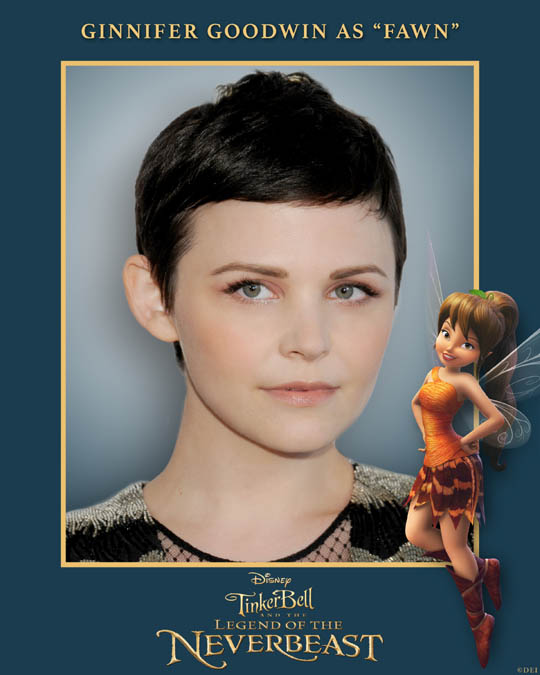 Another part of this amazing trip will be to attend a special press day at DisneyToon Studios for the In-Home release of TINKER BELL AND THE LEGEND OF THE NEVERBEAST. Here comes another bucket list item…I get to meet and interview Ginnifer Goodwin (voice of “Fawn”) who also plays Snow White in Once Upon a Time! I love her. When my 7 year old found out that I get to meet her, she asked me if “Prince Charming” was going to be there too. She already knows what it is going on! lol. I will also get to interview the filmmakers. It is going to be amazing! I love DisneyToon Studios. 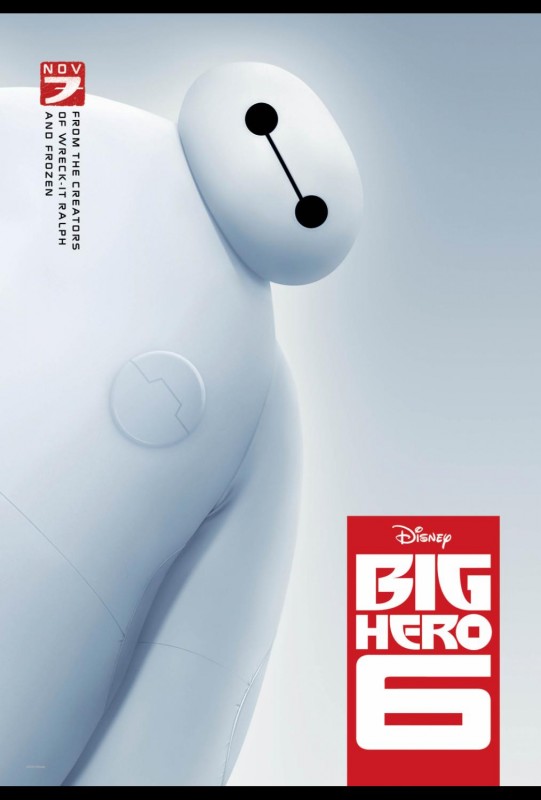 I will also attend a special press day at Walt Disney Animation Studios for the In-Home release of BIG HERO 6 where I will get to interview the filmmakers, Ryan Potter (voice of “Hiro”), Daniel Henney (voice of “Tadashi”) and Scott Adsit (voice of “Baymax”)! This is one of my favorite cartoons and I have so many good memories with this film. It is the last movie I got to watch with my sister before she passed away.  I am also a little addicted to the Big Hero 6 Bot Fights game…only a little. 😉 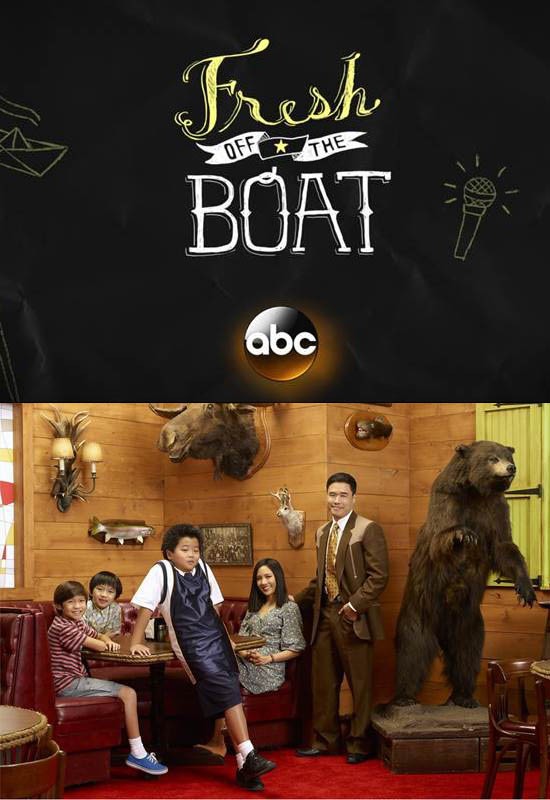 I get to also preview two soon-to-air episodes of ABC’s new family comedy, “Fresh Off the Boat,”(sampled twice in ABC’s Wednesday night comedy block on Wednesday, February 4th at both 8:30 and 9:31 p.m., followed by its time slot premiere on Tuesday, February 10th at 8:00 p.m., ET) and meet with the show’s Writer and Executive Producer Nahnatchka Kahn as well as available cast from the show!

If all of this already wasn’t enough to make my head spin, I will also screen the upcoming Disney Channel Film BAD HAIR DAY (premiering Friday, February 13th at 8:00 p.m., ET/PT) followed by a Q+A with star and Executive Producer Leigh-Allyn Baker! My girls are excited that I get to meet her. They can’t wait to see this movie. They also love Laura Marano. This movie looks awesome! 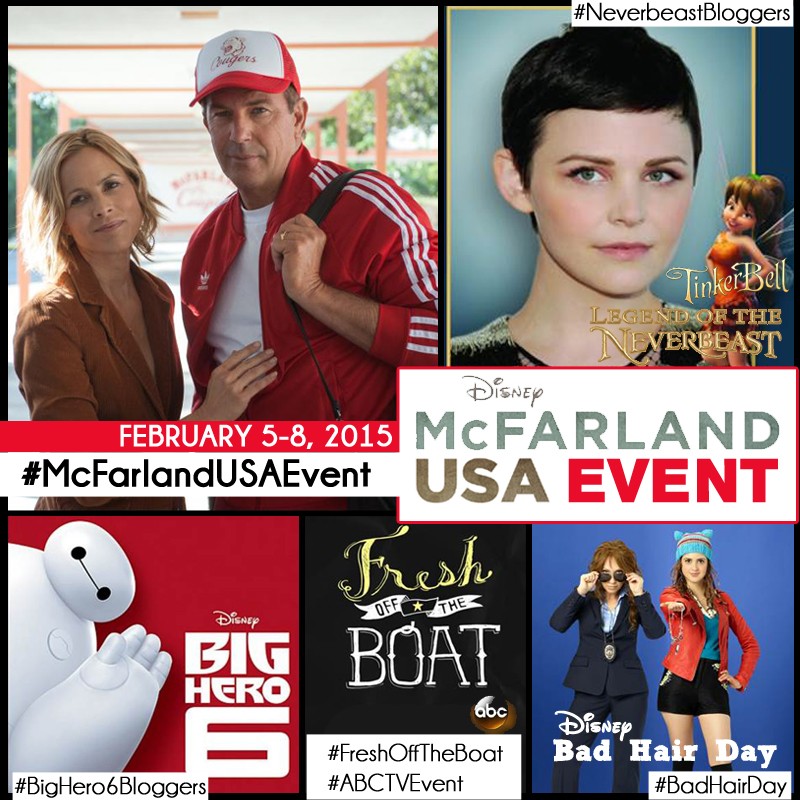 We are heading out February 2-5, 2015. Be sure to check back after the trip for posts on how everything went. You can sign up for our newsletter in the top right hand corner of the sidebar. (It will also enter you to win a $10 gift card!)

This trip is a dream and I am so excited and feel blessed to be a part of it! I will be posting more about the trip before I leave AND you can follow along with the following hashtags on Instagram, Twitter and Facebook while I am there:

This is an all expense paid trip provided by Disney. All opinions expressed are my own.

20 essentials to put in your purse
Next Post: Big Hero 6 and Baymax Valentines {Free Printables}