This trip is sponsored by Disney. This does not affect my opinions and they are 100% my own.

This weekend I am going to LA for Disney’s Beauty and the Beast #BeOurGuestEvent. I am so excited! It will be a whirlwind of fun and entertainment. We will be covering so many different things you won’t want to miss following along. Follow the hashtag #BeOurGuestEvent March 4-7 on Twitter, Facebook and Instagram. Then come back over the next few weeks as we share posts about everything we learned.

First off we will arrive in LA to screen Disney’s Beauty and the Beast. I can’t wait to see this movie. It is my all time favorite Disney cartoon and from the trailer’s I have seen I know that I am going to love it! Then we are going to spend the next day at the Beauty and the Beast press junket where we will get to interview Director Bill Condon & Alan Menken (Music By), Luke Evans (“Gaston”) & Josh Gad (“Le Fou”), Audra McDonald (“Garderobe”) & Gugu Mbatha-Raw (“Plumette”), Emma Watson (“Belle”) & Dan Stevens (“The Beast / Prince Adam”).

The story and characters audiences know and love come to spectacular life in the live-action adaptation of Disney’s animated classic “Beauty and the Beast,” a stunning, cinematic event celebrating one of the most beloved tales ever told. “Beauty and theBeast” is the fantastic journey of Belle, a bright, beautiful and independent young woman who is taken prisoner by a Beast in his castle. Despite her fears, she befriends the castle’s enchanted staff and learns to look beyond the Beast’s hideous exterior andrealize the kind heart of the true Prince within. The film stars: Emma Watson as Belle; Dan Stevens as the Beast; Luke Evans as Gaston, the handsome, but shallow villager who woos Belle; Kevin Kline as Maurice, Belle’s father; Josh Gad as LeFou, Gaston’s long-suffering aide-de-camp; Ewan McGregor as Lumière, the candelabra; Stanley Tucci as Maestro Cadenza, the harpsichord; Audra McDonald as Madame de Garderobe, the wardrobe; Gugu Mbatha-Raw as Plumette, the feather duster; Hattie Morahan as the enchantress; and Nathan Mack as Chip, the teacup; with Ian McKellen as Cogsworth, the mantel clock; and Emma Thompson as the teapot, Mrs. Potts. 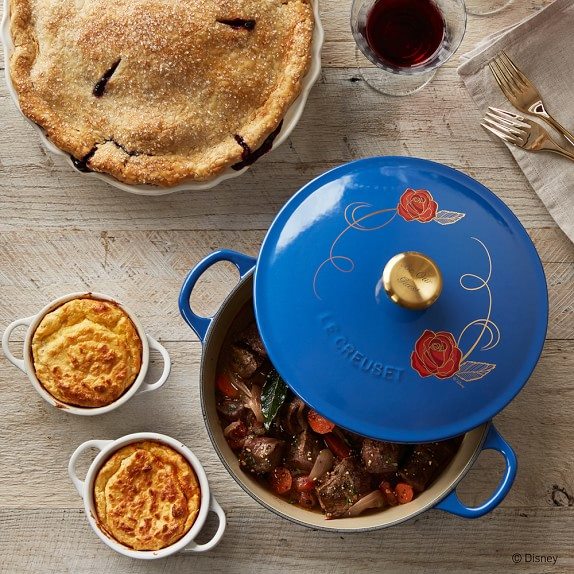 After these incredible interviews, we will head over to the Williams Sonoma Beverly Hills location where we will join Williams Sonoma for a BEAUTY AND THE BEAST themed blogger event where we will snack on Soup Du Jour, Meat Ragu, Cheese Soufflé and more as well as take part in a cooking demonstration and some crafts. Have you seen their limited edition cookware? I am excited to see it. It looks spectacular.

Monday is going to be an exciting and busy day. We will start off by screening a new episode of The Catch from season 2, and the sitting down with some of the talent for a Q&A. The first season is pretty good. I love the adventure and mystery between Alice and Benjamin. “The Catch” will return for Season 2 on Thursday, March 9th at 10/9c as part of ABC’s exciting #TGIT line-up. “The Catch” is a sexy, scintillating game of cat and mouse between L.A.’s top private investigator, Alice Vaughan (Mireille Enos), and the man she loves, Benjamin Jones (Peter Krause), the world’s most formidable con artist. At the beginning of season two, con man Benjamin Jones has gone from committing the ultimate betrayal to performing the ultimate sacrifice, when he turned himself in to the FBI to save Alice from wrongful imprisonment. Now in jail, Ben is forced to reckon with his criminal past, while the team at Anderson Vaughan Investigations must come to terms with getting in bed with the bad guys. How will Alice and Ben game the system — and each other — to stay together and overcome their less-than-legal pasts?

After this, we will be screening the season 6 premiere episode of Baby Daddy. Then we will be having a Baby Shower lunch and a Q&A and photos with Chelsea Kane (“Riley Perrin”), Derek Theler (“Danny Wheeler”) and Tahj Mowry (“Tucker Dobbs”). This will be a lot of fun. The baby shower will celebrate the pregnancy of Danny and Riley, who found out in the season five finale that they were expecting. The season six premiere will pick up three months after the finale, and Ben is still enthusiastically searching for the mysterious Elle. Danny and Riley are hunting for a good doctor to help with the pregnancy, and Bonnie desperately wants to be involved. Tucker is back from Los Angeles, but he refuses to tell anyone what happened while he was there. 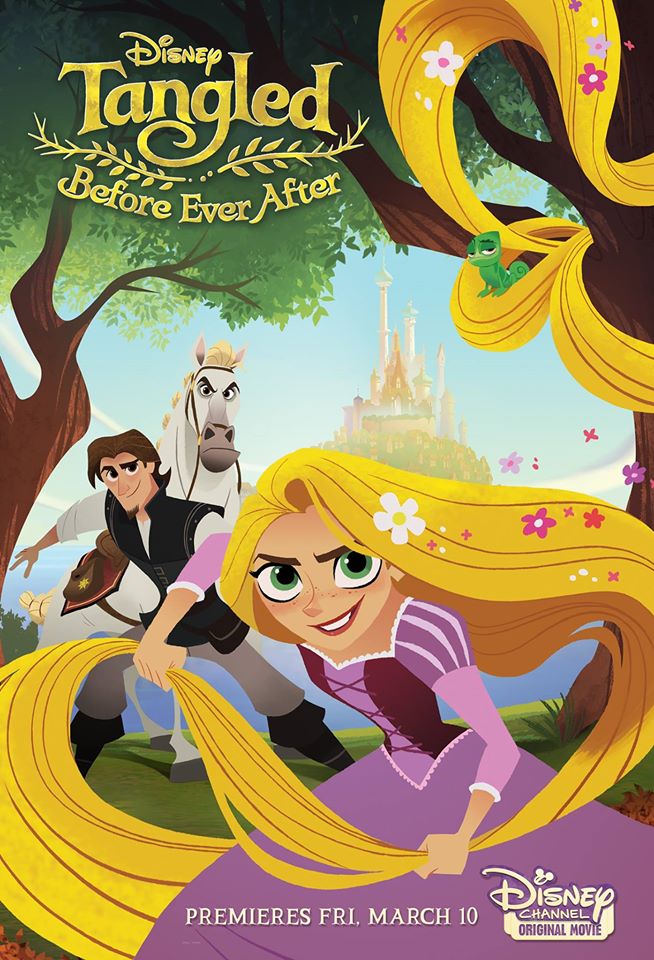 From here we will screen TANGLED: BEFORE EVER AFTER (yay!) and then sit down for a Q&A and photos with Executive Producer/Supervising Director Chris Sonnenburg and Supervising Producer Ben Balistreri. The TV movie, which kicks off the highly-anticipated premiere of “Tangled: The Series” (debuting Friday, March 24th at 7:30/6:30c), unfolds as Rapunzel acquaints herself with her parents, her kingdom and the people of Corona. Her irrepressible spirit and natural curiosity about the world lead her to realize that there is so much more she needs to learn about the world and herself before she can assume her role as Princess of Corona.

TANGLED: BEFORE EVER AFTER (premieres Friday, March 10th at 8/7c) 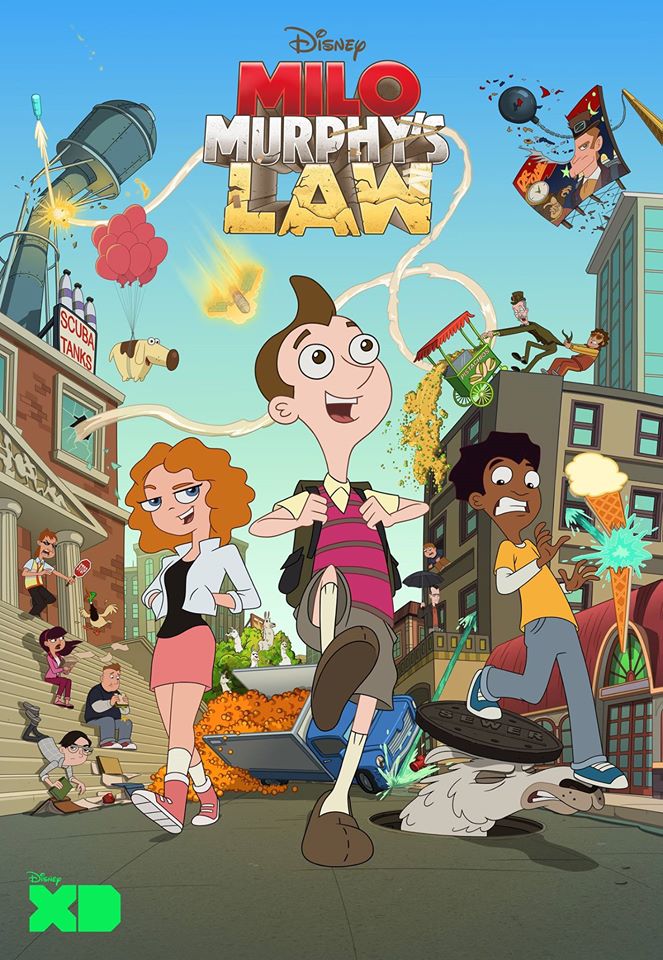 Next we will screen an episode of Milo Murphy’s Law and then have a Q&A and photos with Creators and Executive Producers Dan Povenmire and Jeff “Swampy” Marsh. New episodes debut beginning Monday, March 6th. “Milo Murphy’s Law” is an animated comedy series that follows 13-year-old Milo Murphy, the fictional great-great-great-great grandson of the Murphy’s Law namesake. Milo is the personification of Murphy’s Law, where anything that can go wrong, will go wrong. 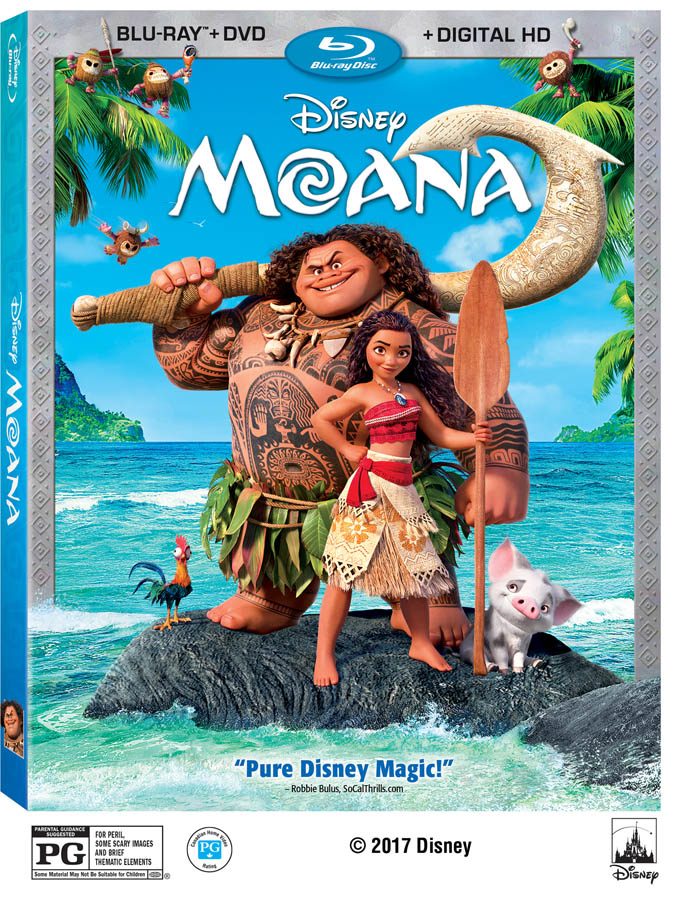 After all of these fun screeners and interviews, we will take a break and get to walk around the Disney Studios Lot before we sit down for a Polynesian-themed dinner and presentation for the MOANA Blu-ray release including a bonus features showcase and a Q+A with Director Ron Clements and Producer Osnat Shurer. 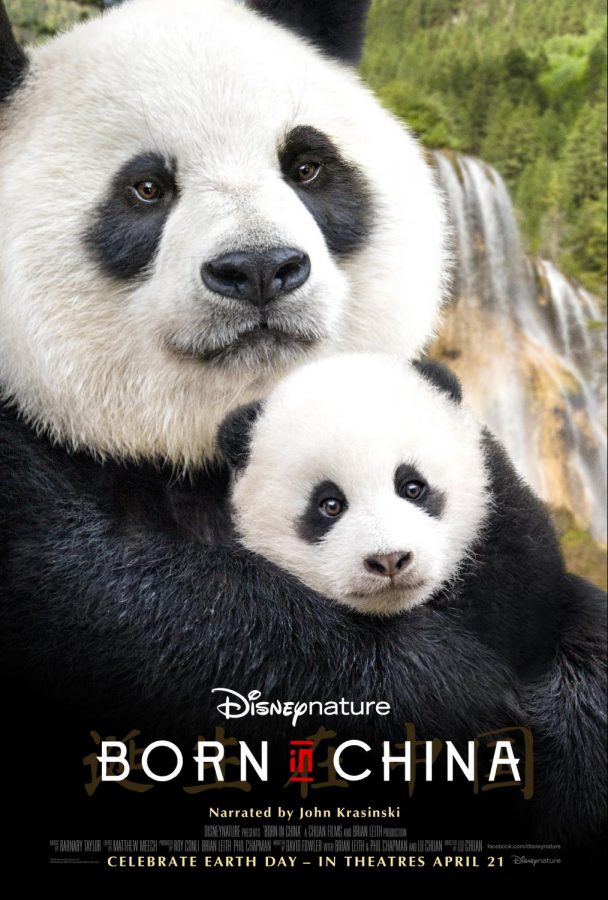 To end the night off we will watch a screening of BORN IN CHINA which comes out 4/21/17.

Narrated by John Krasinski (“13 Hours: The Secret Soldiers of Benghazi,” NBC’s “The Office,” “Amazon’s “Jack Ryan”), Disneynature’s new True Life Adventure film “Born In China” takes an epic journey into the wilds of China where few people have ever ventured. Following the stories of three animal families, the film transports audiences to some of the most extreme environments on Earth to witness some of the most intimate moments ever captured in a nature film. A doting panda bear mother guides her growing baby as she begins to explore and seek independence. A two-year-old golden snub-nosed monkey who feels displaced by his new baby sister joins up with a group of free-spirited outcasts. And a mother snow leopard—an elusive animal rarely caught on camera— faces the very real drama of raising her two cubs in one of the harshest and most unforgiving environments on the planet. Featuring stunning, never-before-seen imagery, the film navigates China’s vast terrain—from the frigid mountains to the heart of the bamboo forest—on the wings of red-crowned cranes, seamlessly tying the extraordinary tales together. Opening in U.S. theaters on April 21, 2017, “Born in China” is directed by accomplished Chinese filmmaker Lu Chuan, and produced by Disney’s Roy Conli and renowned nature filmmakers Brian Leith and Phil Chapman. 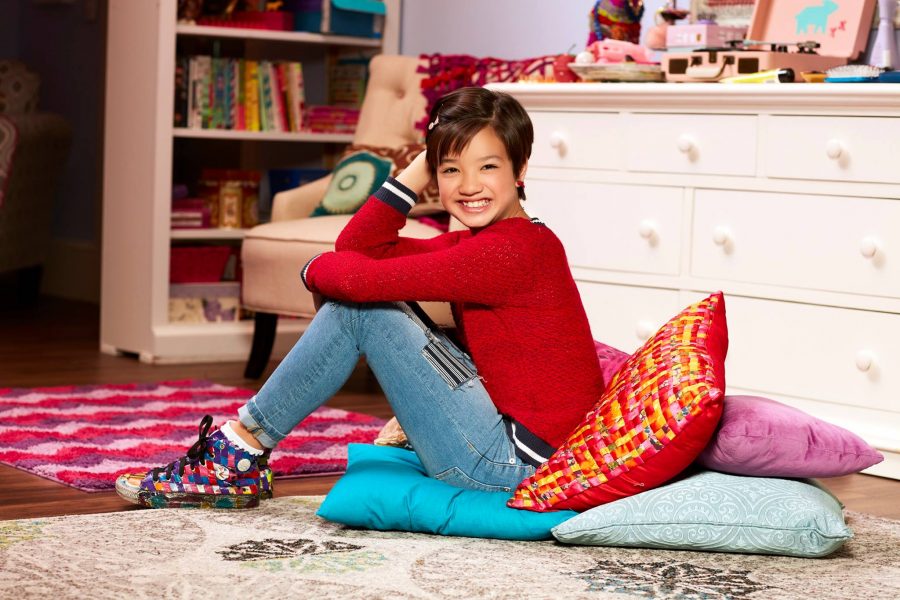 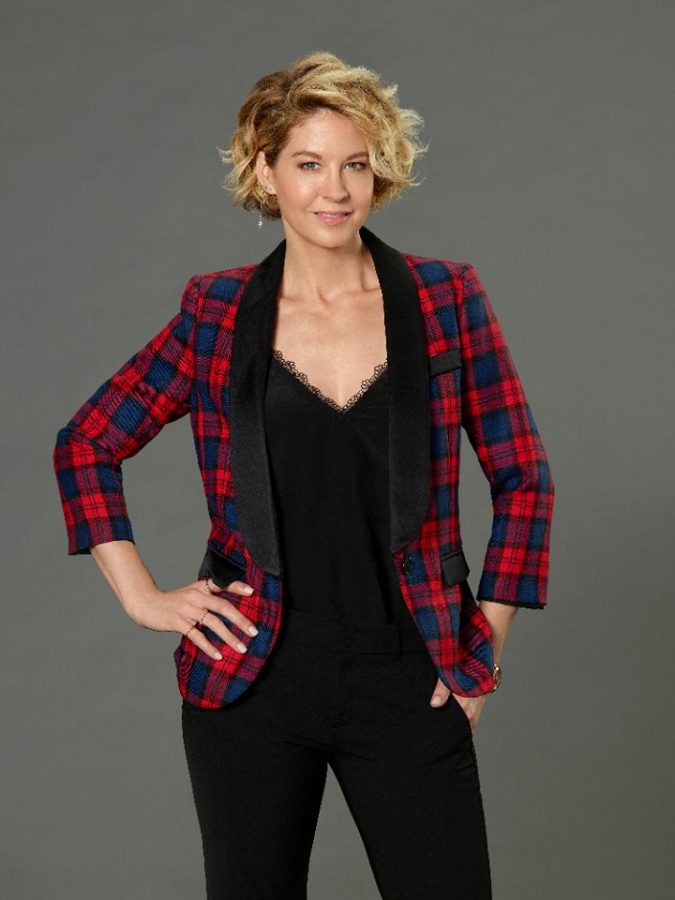 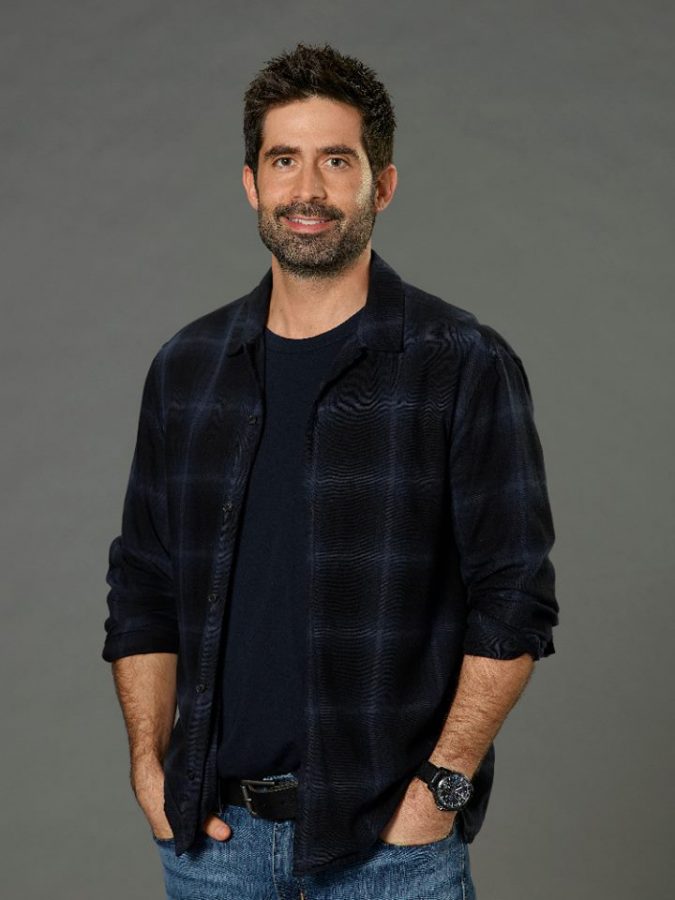 Screen the pilot and episode 102 of “Imaginary Mary” then have a Q&A and photos with Jenna Elfman (“Alice”), Stephen Schneider (“Ben”) and Executive Producers David Guarascio & Patrick Osborne. Catch a sample of “Imaginary Mary” on Wednesday, March 29th at 8:30/7:30c followed by its time slot premiere on Tuesday, April 4th at 9:30/8:39c. The newest ABC comedy about a fiercely independent career woman (Jenna Elfman) whose life is turned upside-down when she meets the love of her life – a divorced father with three kids. This triggers even more upheaval when the slightly unhinged imaginary friend (voiced by Rachel Dratch) she created as a child suddenly reappears to help her navigate the transition from single girl to a woman ready for a family.

[…] Coralie Seright from LovebugsAndPostcards.com  – I’m going to LA for Disney’s Beauty and the Beast #BeOurGuestEvent […]

This is going to be such a fun trip. I just finished season five of Baby Daddy, and loved it, so funny. Looking forward to seeing again!