I love cooking and being in the kitchen. One thing my family loves is fried foods, unfortunately my husband had some health problems that prevent him from eating deep fried foods, so when I heard about the Rosewill Oil-Less Low Fat Air Fryer I knew that it would be perfect. We got one a couple of weeks ago and have been loving it. I have made several different things in it – and quickly realized how much fast and easier it is to cook things like Hashbrowns. My kids were craving omelets the other night so we made a Hashbrown & Bacon Omelet for them and they loved it! Because we used the Rosewill Oil-less Air Fryer to cook the hasbrowns they weren’t greasy and they were still crisp and delicious! Such a win. If you like fried food like we do but don’t want to deal with oil, then the Rosewill Oil-Less Low Fat Air Fryers is a great alternative. We are loving it so far. 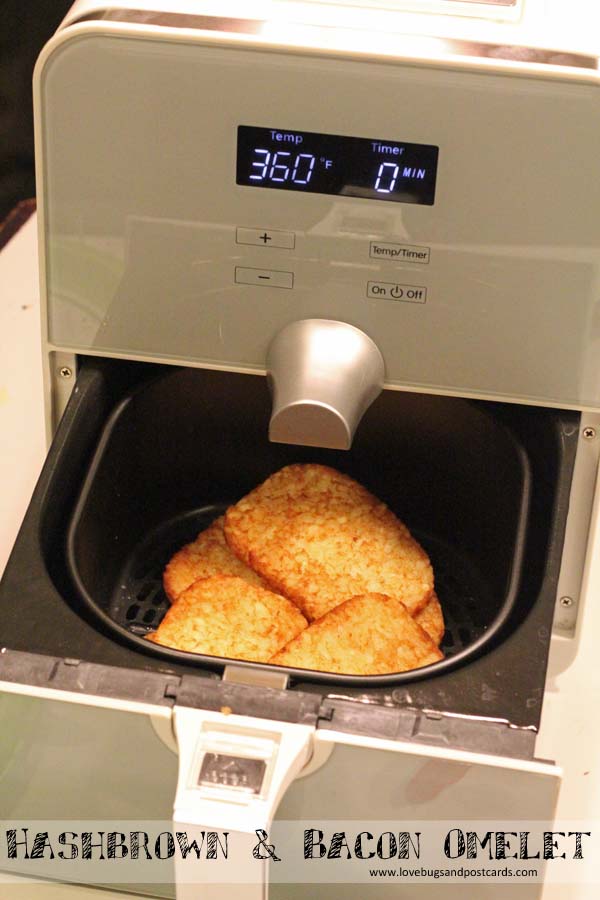 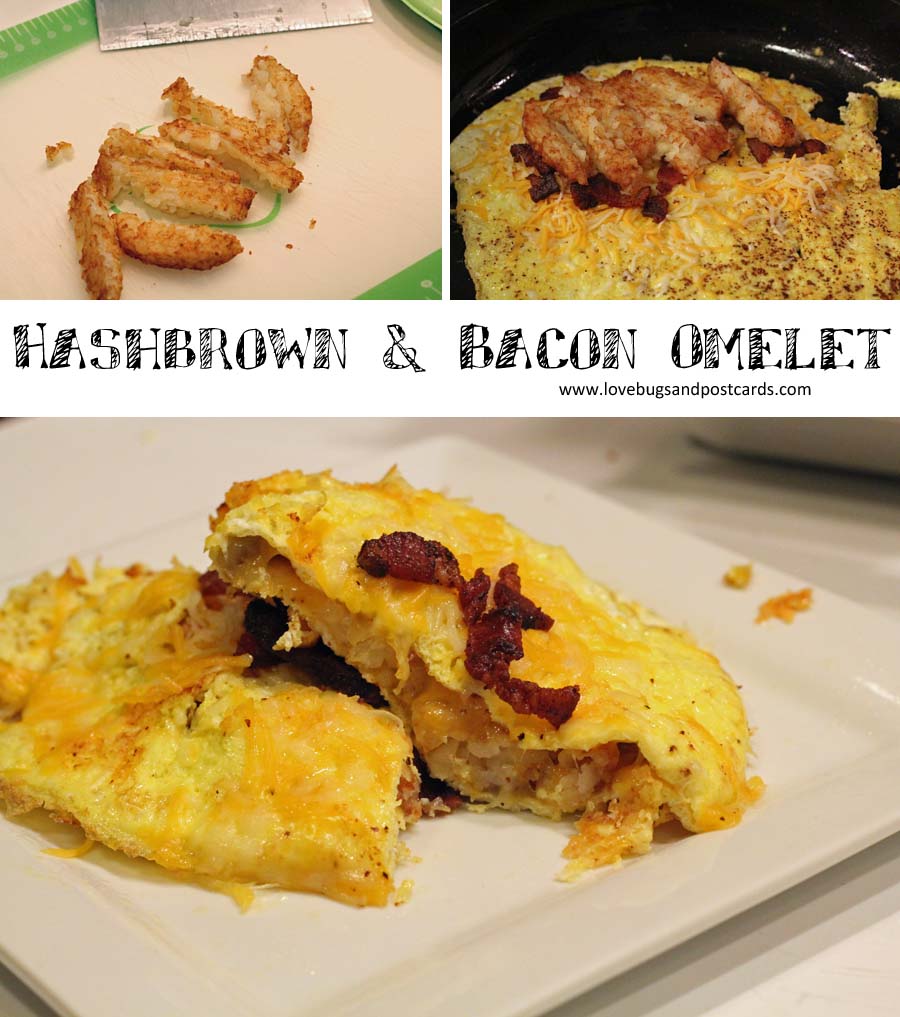 To make the omelet, you will take 2-3 eggs and crack them into a cup and whisk them until blended. Heat your pan over medium heat and spray a light coat of cooking spray. Pour the egg mixture into the pan and let it cook until the top of the egg is no longer runny. Flip the omelet over and sprinkle your cheese, bacon and sliced hashbrown and then fold over and sprinkle more cheese and bacon on top. Let it set for about 1 minute and then remove from pan and serve hot. Salsa or ketchup are great condiments to serve with these. My kids love their omelet with fresh fruit and hot chocolate. It’s a good thing we also got a double wall kettle to quickly heat water! 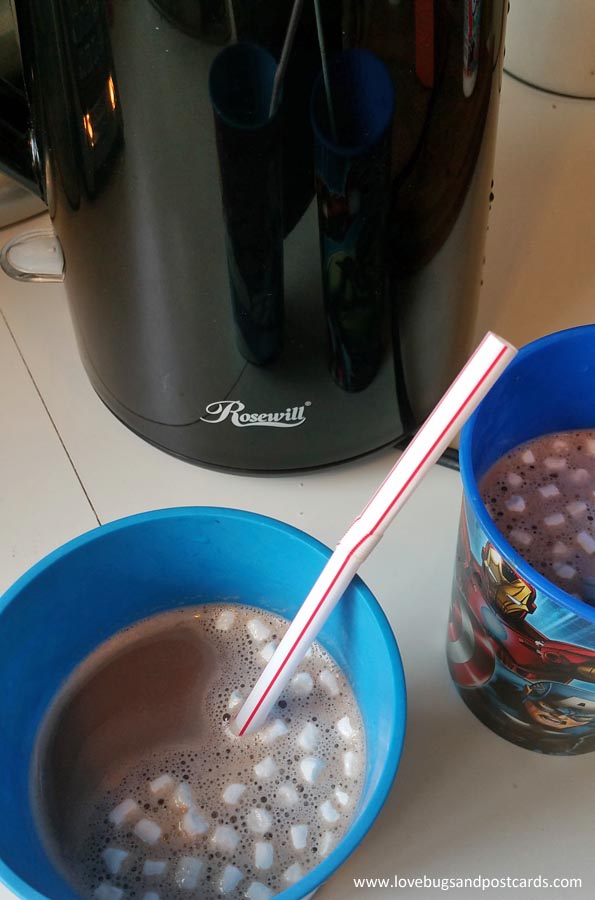 The Rosewill Double Wall Kettle amazes me at how fast it heats water and I also love that it is stainless steel. We love using it to make tea, hot chocolate and cider as well as using it for other recipes that need boiling water. It is so much better than my old stove top kettle or using a pot (or microwave) to boil water. It does heat up very fast – so if you don’t want it to be scalding hot then you need to watch it and check it so that you know about how long to let it heat for. You can get both of these items online at various retailers. 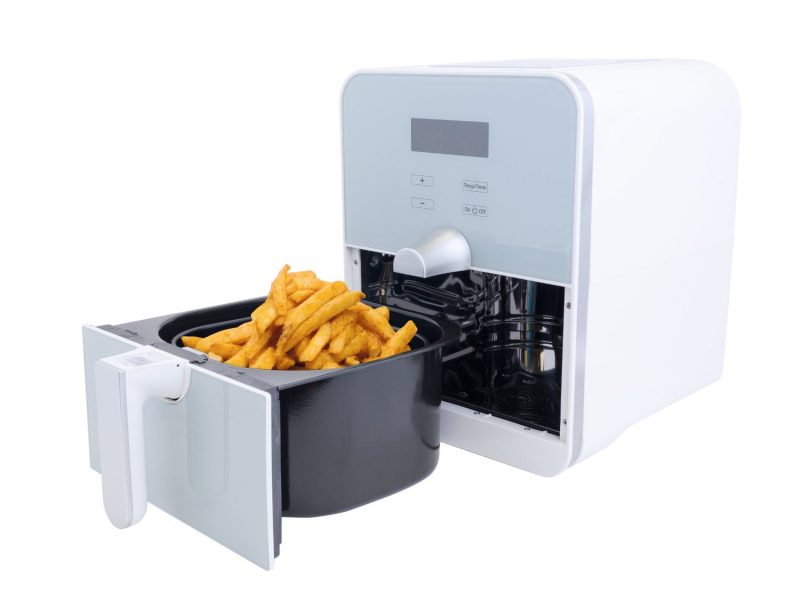 Here are some of the feature of the Rosewill Oil-Less Low Fat Air Fryer: 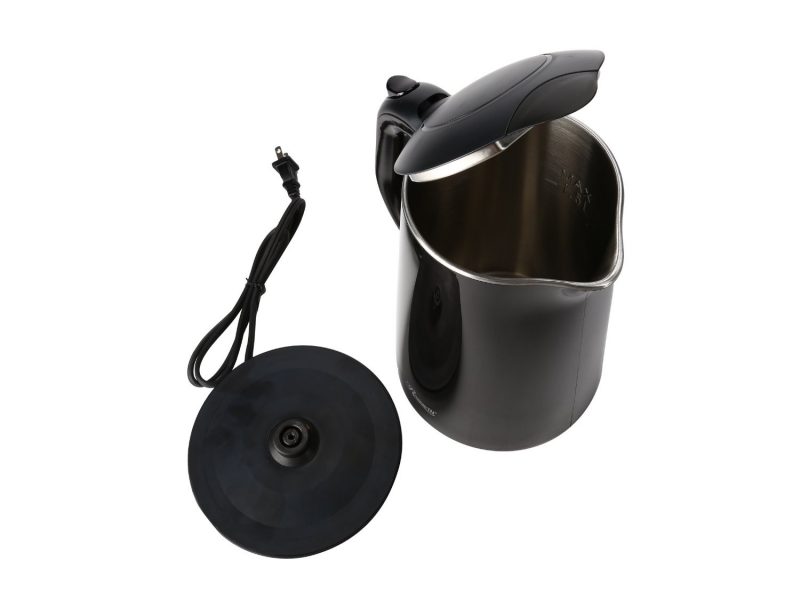 Here are some features of the Rosewill Double Wall Kettle:

You can learn more about Rosewill at:

I received the Kettle and Air-Fryer in order to do this review. This did not affect my opinions and they are 100% my own.