I wouldn’t normally just tell someone – “GO SEE THIS MOVIE” unless I felt like they would really love it, and this is no exception. While there have been many amazing movies put out this summer, I think that this has been one of my top three favorites so far. I have been looking forward to going to see Guardians of the Galaxy for a while now. I have seen some previews but I intentionally left myself on Planet “Knowhere” so I could go in without any ideas about what to expect. Whatever you think you know about this movie – leave it at the door when you enter the theater. Sit back – enjoy your popcorn and soda and enjoy the ride. This is the funniest movie I have seen this summer. While the story line is great, the acting and cinematography are fabulous, and the action is what you would expect – there was so much humor throughout this movie. It is not a spoof, or badly done – but the comments and quips that the main characters banter around will keep you entertained from beginning to end. 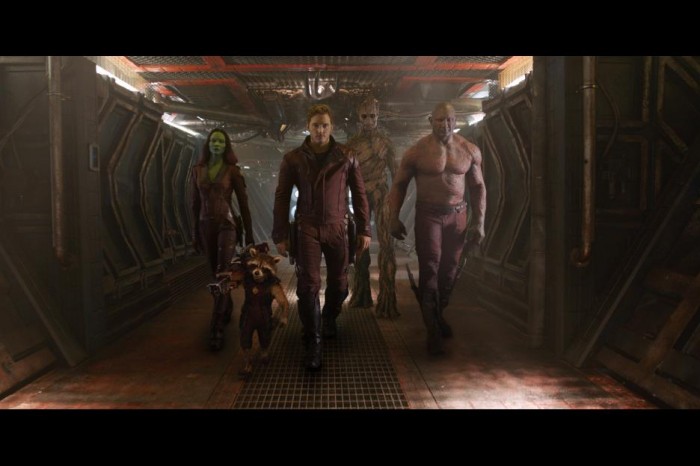 Guardians of the Galaxy stars Chris Pratt as Peter Quill (Star-Lord) . He is the main character of the movie. Other characters that are introduced quickly into the story line are Gamora played by Zoe Saldana, Drax who is played by Dave Bautista, Vin Diesel who rocks the voice of Groot, and Bradley Cooper who makes you fall in love with Rocket. This is an amazing combination of actors and actresses that play well together and have a natural chemistry. The other characters in the story also do an amazing job and you will probably recognize Lee Pace (Ronan), Djimon Hounsou (Korath), John C. Riley (Corpsman Dey), and as Glenn Close (Nova Prime). 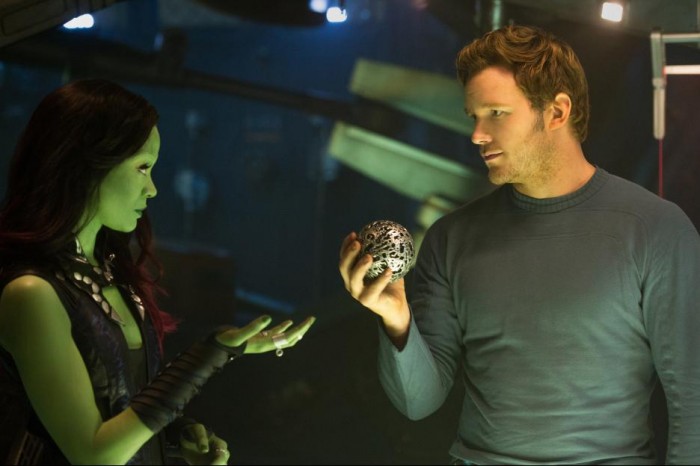 Some of the humor is a little crude and there is a little language – but that is why it is rated PG-13. There is some sci-fi violence – but I didn’t feel like any of it ruined the movie or made is less desirable to watch. The comedy that came through was natural and you could totally feel yourself relating to the characters and falling in love with them all.

Meet the Guardians of the Galaxy Featurette: Peter Quill

Marvel’s “Guardians of the Galaxy,” which first appeared in comic books in Marvel Super-Heroes, Issue #18 (Jan. 1969).

GUARDIANS OF THE GALAXY opens in theaters everywhere TODAY