You are here: Home / A Lovebugs Life / About Me / Getting to know Vince Vaughn #deliverymanevent 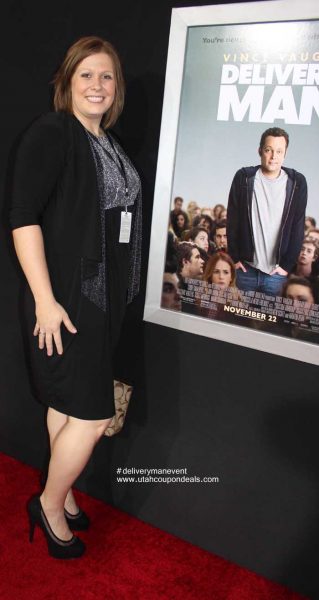 I had the amazing opportunity to go to the Delivery Man Red Carpet Premiere and to the after party at the Hard Rock Cafe. Both of those were experiences that I will never forget. Here are my top five reasons why: 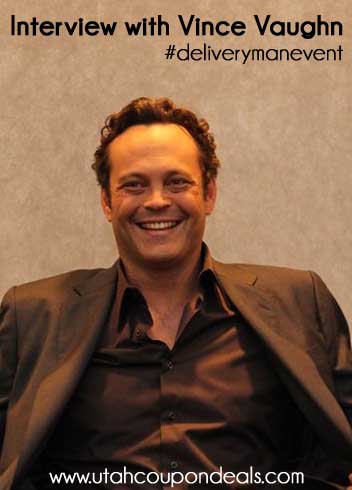 The day after the red carpet premiere for Delivery Man, we were able to sit down with Vince Vaughn and interview him. We all had our Delivery Man t-shirts on and our Wozniak Meat jackets! (for those of you who haven’t seen it, Vince plays the role of David Wozniak who drives a meat delivery truck). The interview was a lot of fun! Here is what we learned about him: 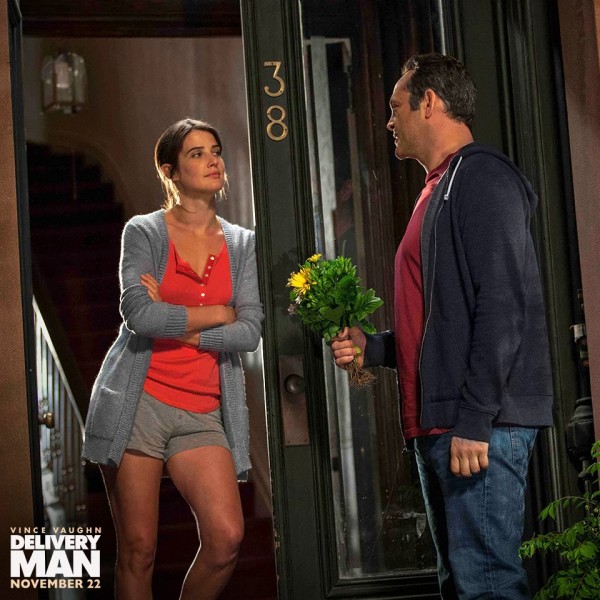 QUESTION: Why did you decide to take the role as David Wozniak?

VINCE VAUGHN: You know the director is a very passionate storyteller, and I think what he is doing with this story is really unique and inspiring. It’s not an overly obvious way in to some very kind of sentimental and universal feelings I think about parenthood and also about life. I think acceptance, you know, accepting yourself, and all those kind of things.
But it starts with this kind of big concept. But what’s interesting to me is, you know, nowadays movies can be just a comedy or just sentimental or just a drama, and I think the skill-set that Ken has, which is very unique, is that it kind of is all of those things in one movie. So, it’s makes it a very unpredictable story. You’re not quite sure what emotion’s gonna come next. And I think being a young father, the hopes and fears that you have for your kids really is strong in those vignettes.
There’s nothing worst like you — that one scene where you hear the girls clearly being taken advantage of. It’s heartbreaking. But then, you know, something as simple, hey, I’m proud that my son’s on this basketball team. And so, I think it really in a unique way — even the scene with the kid where you like you give him the keys to the car.You know, it’s like is it not cool to say please and thank you. So — in a way, it’s like all the things that you kind of go through as a parent but it does it in a very unique way, and so it kinda cracks you open. 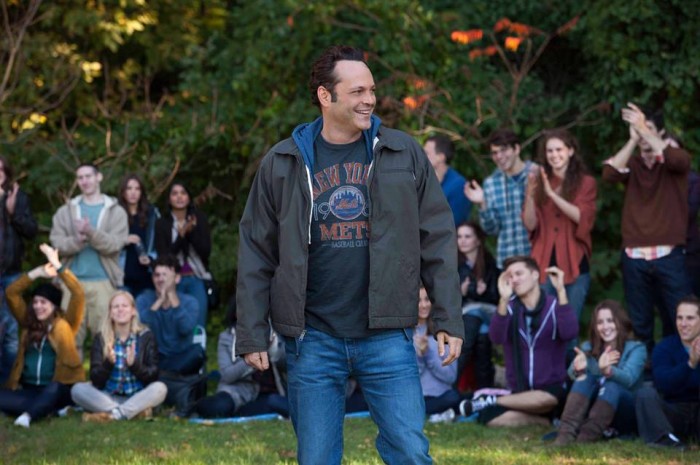 QUESTION: Were you able to ad-lib at all like your reaction to meeting one of the new kids, or was it all fully scripted?

VINCE VAUGHN: It’s pretty much all scripted. There’s a couple places where I added some lines, but it was nice to go and just give a performance and work off the script. There was a couple places where we played around. A lot of the ultrasound was just sort of played, but [CHUCKLES] that’s based on my experience. 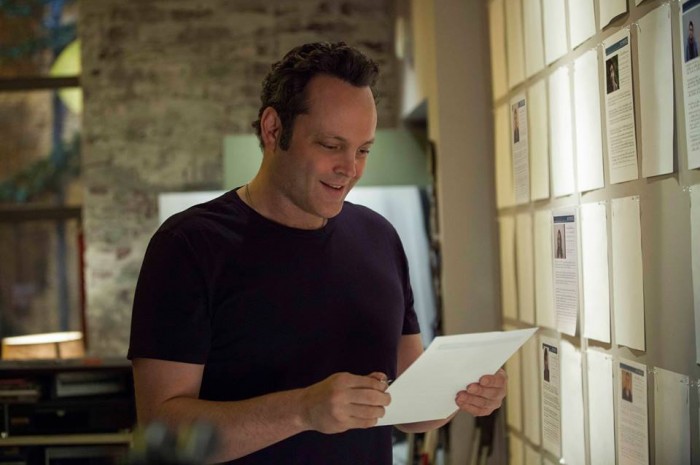 QUESTION: Is there a particular scene that meant something to your or that you drew from to help you in your own parenting or just a part of a movie you really carried out?

VINCE VAUGHN: Some of the parts in that, you know, who knows what these kids that we all have will be or wanna be; right? And I think this time investigating and thinking about how do you encourage and inspire and allow them to kind of be who they are.
You know, I was fortunate, ’cause my parents were with me good in a way that I chose something very non-traditional in acting, but I never had pressure to financially be successful. I always had a lot of pressure to work hard. Like it was expected of me to try my best, but I was never pressured for results, which I think was good. Because sometimes if you’re chasing a result, it’s a false sense of whether you are successful or not, because like if it goes well, you are successful and maybe you didn’t try, you know.
But you could try really hard and not have it go well, but I think you would still be successful for you, ’cause you got better, you know. So, I think a lot of that today, especially with all the information out there with kids, even with my profession, it was like when I started being an actor at 18, it was only Entertainment Tonight. So, there was no focus on celebrity to the same degree or financial success.
All my friends and me  just wanted to be better actors, but none of us thought we were gonna make it in money. We just thought, oh, if I get a part in this, that would be great.And I thought that was a great place to work from, because we were trying to get better at something versus saying well, oh, boy, this is just a way to make money or to do this.
I think you can see to the point with Chris and Cobie saying not Hollywood and I would put them in that category, too, is it’s a very empty thing to chase in life if you’re chasing something outside of yourself, some, some validation or something that you don’t have control over. So, you wanna make sure, I think, with kids that they put a greater focus on how they feel about their approach to what they’re doing than necessarily a grade or, you know, a job, or something.
You, you wanna, you wanna work hard, but you wanna try to find something that you’re passionate about, which you, you want results, but you can’t be, you can’t be driven by them.

QUESTION: What kind of gifts you would ask for Father’s Day from your 533 kids?

VINCE VAUGHN: Gosh, I would really hit ‘em up for some stuff; right? Maybe if you got 533 kids, you can ask for a Father’s Day alone. [LAUGHS] I love you guys so much this is my day. No one talk to me. ‘Cause 533 would be a lot of conversations. 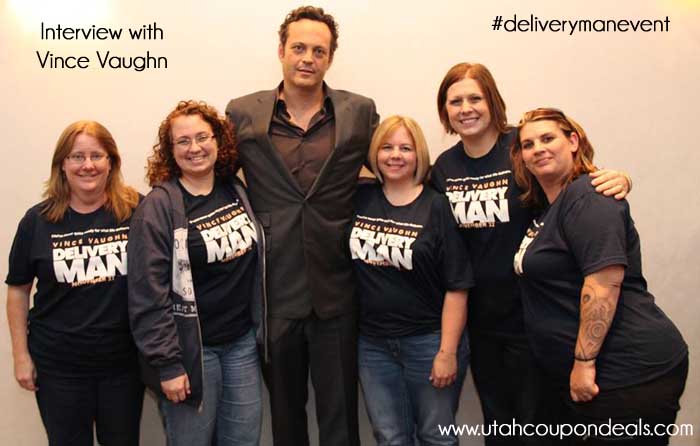 After the interview we were able to take a picture with Vince. He is really funny and it was truly an experience. Delivery Man comes out in theaters THIS WEEKEND! So go see it. It is a great family movie with lots of emotions.

Photos courtesy of Momstart.com, Dreamworks, and myself

Getting to know Vince Vaughn #deliverymanevent