You are here: Home / Entertainment / DreamWorks Trolls: The Beat Goes On Giveaway

DreamWorks Trolls is one of our favorite movies. We were so excited when we found out that they were making seasons on Netflix. We have watched the first season and loved it – and so when they announced a season 2 – we were thrilled. Check out the brand new trailer for season 2 below.

Does DreamWorks Trolls rock your soul? Well get ready to groove as DreamWorks Trolls: The Beat Goes On! season 2 is now available to watch on Netflix with all new episodes! Poppy, Branch and the Snack Pack live it up with all new glitter-rific festivities and adventures, like taking part in the Annual Party Games, battling in an epic village-wide pillow fight, and rapping in an open mic compliment battle.  As they celebrate Troll Village with new critters and new songs, the party is just beginning.  Can’t get enough of the tunes from Trolls: The Beat Goes On?! A complete album of the music from Seasons 1 and 2 is now available on iTunes.

Here are some fun clips:

To celebrate the second season of Trolls: The Beat Goes On on Netflix – we have a fun giveaway for you! We are giving away the Trolls Season 1 and Season 2 soundtrack and a Trolls figure! My kids have been having so much fun listening to the music and playing with their new Troll doll! The giveaway will run from 2/20-2/27. Must be 18 or older to enter. Open to US only. All entries are verified. Winner will have 24 hours to respond to winning email then a new winner will be chosen. Giveaway is sponsored by DreamWorks and ClickCommunications. Good Luck! Prize may vary from picture. 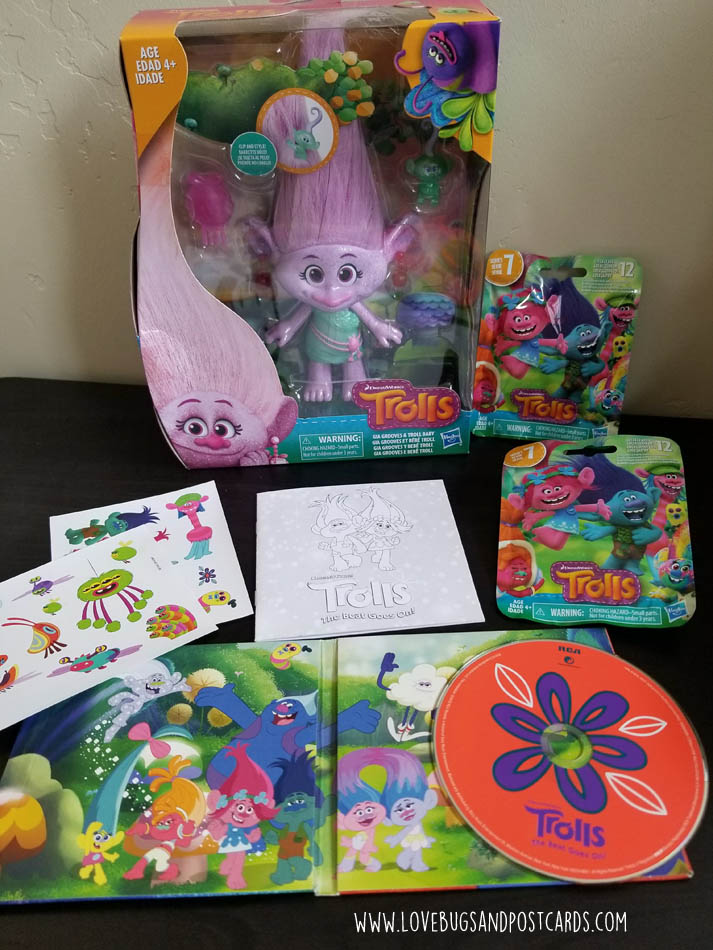 The Bellas are back in Pitch Perfect 3 #PitchPerfect3
Next Post: JUMANJI: WELCOME TO THE JUNGLE out today!