You are here: Home / Entertainment / Dr. Seuss’ The Grinch

We received the movie for review. All opinions are my own.

The Grinch is such a great movie. It is packed with humor and I love the new twists they put on a classic movie. All three versions are fantastic – and this is one that you will definitely want to add to your collection! 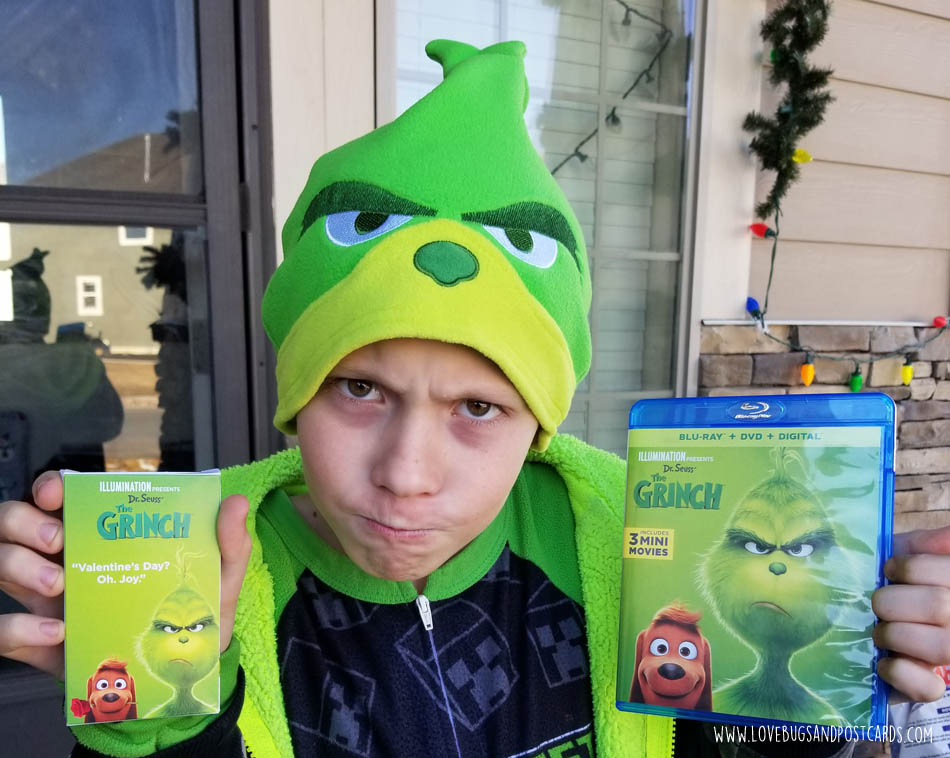 Families everywhere can ring in the New Year with Dr. Seuss’ The Grinch on Digital and via the digital movie app MOVIES ANYWHERE on January 22, 2019, and on 4K Ultra HD, 3D Blu-ray™, Blu-ray™, DVD and On Demand on February 5, 2019. From Illumination and Universal Pictures Home Entertainment, the film based on Dr. Seuss’ beloved tale about a cynical grouch who goes on a mission to steal Christmas from others only to feel his own heart grow three sizes larger through unexpected friendships is one “the whole family can watch and enjoy,” (Kidsday/Newsday).

The new home entertainment edition contains more than 60 minutes of bonus content, including three mini-movies: “Dog Days of Winter” starring the Grinch and his heroically loyal dog Max; and “Yellow is the New Black” and “Santa’s Little Helpers,” both starring the lovable Minions. It also includes stunning featurettes, a how-to-draw tutorial and much more.

Narrated by Grammy Award® winner and Oscar® nominee Pharrell Williams, Dr. Seuss’ The Grinch stars Academy Award® nominee Benedict Cumberbatch (Dr. Strange, “Sherlock”) as the infamous Grinch, who lives a solitary life inside a cave on Mt. Crumpit with only his loyal dog, Max, for company.

The incredible voice cast includes Rashida Jones (“Parks and Recreation,” The Muppets) as Donna Who, Kenan Thompson (“Saturday Night Live”) as Bricklebaum, Cameron Seely (The Greatest Showman) as Cindy-Lou Who, and featuring legendary actress Angela Lansbury (Anastasia, Beauty and the Beast) as the mayor of Whoville.

Funny, heartwarming and visually stunning, Dr. Seuss’ The Grinch is a perfect night in for the whole family!

The film will be available on 4K Ultra HD in a combo pack which includes 4K Ultra HD Blu-rayTM, Blu-rayTM and Digital. The 4K Ultra HD disc will include the same bonus features as the Blu-rayTM version, all in stunning 4K resolution.

Here is The Grinch Trailer

You can get the movie now on DVD, Blu-ray, and Digital! We are excited to be giving away a Grinch prize pack! One lucky winner will receive a copy of The Grinch movie as well as a Grinch beanie and Grinch Valentine’s Day Candy Conversation Hearts! 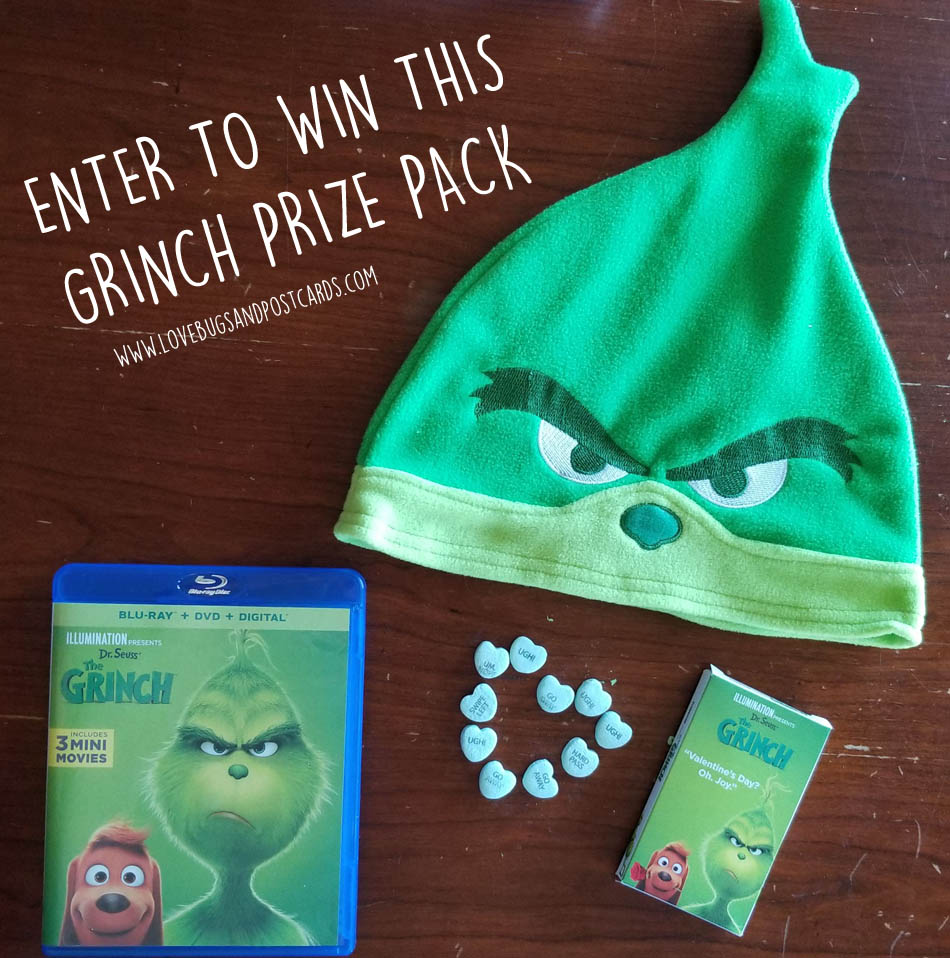 This is open to US. Must be 18 or older. Sweepstakes will run from 2/2/19 through 2/9/19. This contest is not endorsed or sponsored by Facebook, Twitter, Pinterest, Google or any other social media.