On my trip to LA for the Beauty and the Beast press junket, we did a lot of extra things that I loved! Part of that was the Imaginary Mary show. I was able to screen the pilot and episode 102 of the new hit ABC TV show Imaginary Mary! The show stars Jenna Elfman (“Alice”) and Stephen Schneider (“Ben”). Alice is a hard working successful business woman who meets Ben. They start dating, but she is having heartburn about meeting his kids. During this time her imaginary friend Mary comes back to “visit”. She eventually meets his kids and the adventures and fun (and disasters and confusion) never end. This is a funny show that also has some great life lessons.

Tonight you can catch watch the season premiere of Imaginary Mary! Here is a little more about the episode: “The Mom Seal” – When Ben asks Alice to help him with her first mom-like task to pick up Bunny from dance class, Mary quickly discovers the simplest parental tasks are fraught with difficulty. Afterwards, Ben is disappointed when Alice tells him she can’t help with the kids anymore, but things change when Andy enlists Alice’s help to overcome his fear of taking a driving test, on the season premiere of “Imaginary Mary,” TUESDAY, APRIL 4 (9:30–10:00 p.m. EDT), on The ABC Television Network.

After we screened the pilot and the first episode, we were able to sit down with Jenna Elfman (“Alice”), Stephen Schneider (“Ben”) and Executive Producers David Guarascio & Doug Robinson. Here is my favorite parts of the interview: 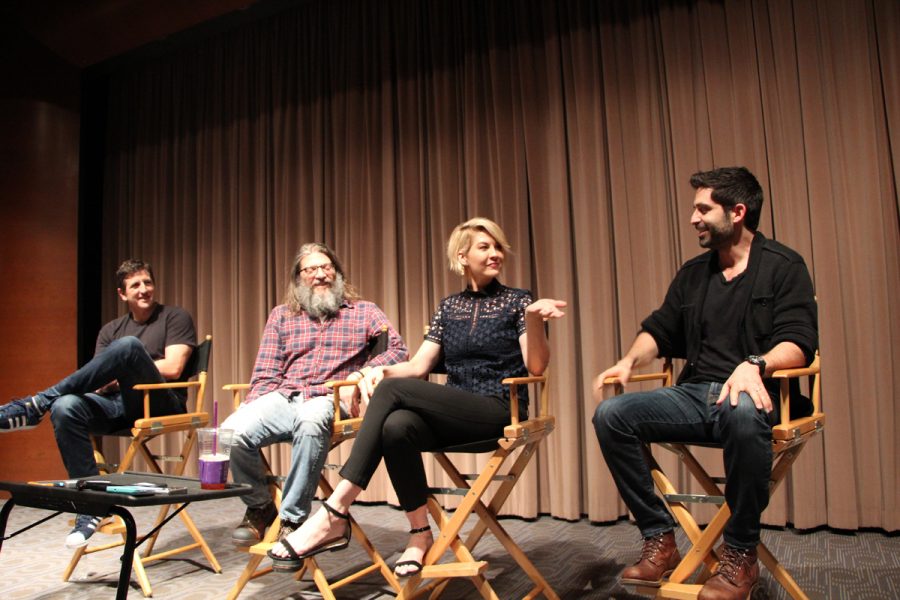 Where Imaginary Mary came from and how each of got attached to the project.

Doug: I had a meeting with an animator named Patrick Osborne who one the Academy Award for a short film called Feast,and I said do you have any ideas that you wanna do in television?  And he said, I’ve always wanted to do a show about somebody who has an imaginary friend.  So he said, I know the exact story that we should do, and David was a writer on The Goldbergs, and we’ve both known him for a long time, and a lot of this mirrors David’s life. So we brought David in, and that’s where it all came together.

Jenna:  And I read it and went, oh, that’s just so interesting. I love that there’s the romantic part as the leading lady, and then there’s the fish out of water aspect with the kids because she’s just has no point of reference for dealing with children at all, and has no plan for it, and has a negative point of reference of childrearing.  And then she’s super accomplished; she’s a woman on her own, which I liked. As an actor dealing with comedy, I have to now also deal with something that doesn’t exist that I see, but that they don’t see, and then do physical comedy, and fish out of water…oh that’s a lot of balls to juggle. I felt like I can take that on, and it felt like the next new level of challenge for me.  Everyone involved is so great, and it was really hard to say no to.  I just couldn’t find a reason not to do it, so that’s how I came into it. 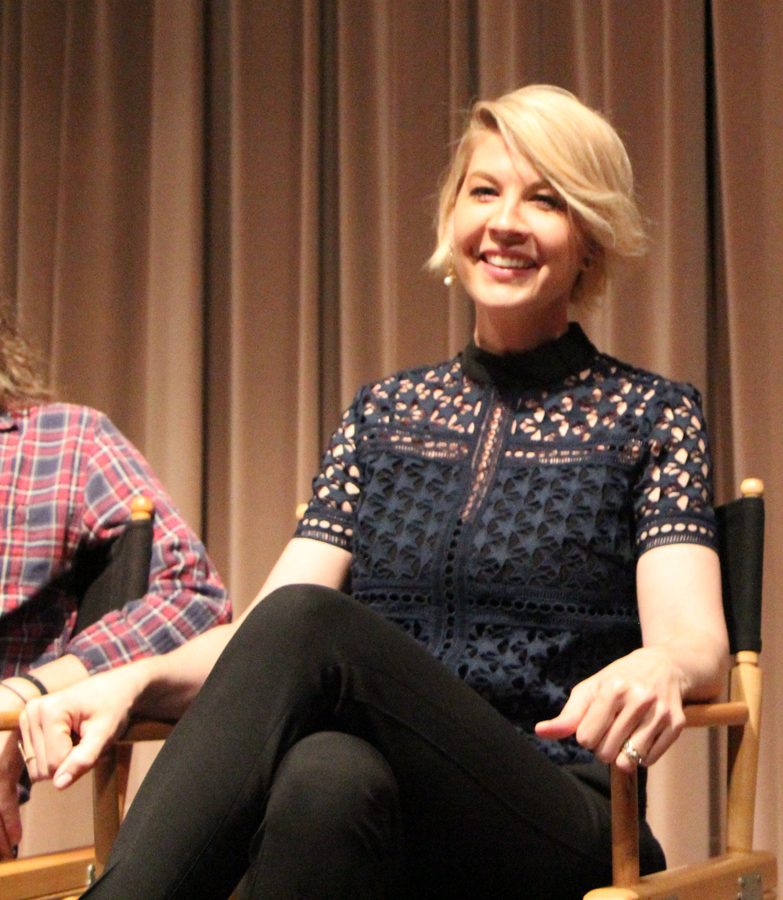 Do you ever find yourself talking to Mary outside of work?

She did tell us that she works 16 hour days and still gets home to put her kids to bed. She is a superstar! The show has a great script and the on screen chemistry is great! 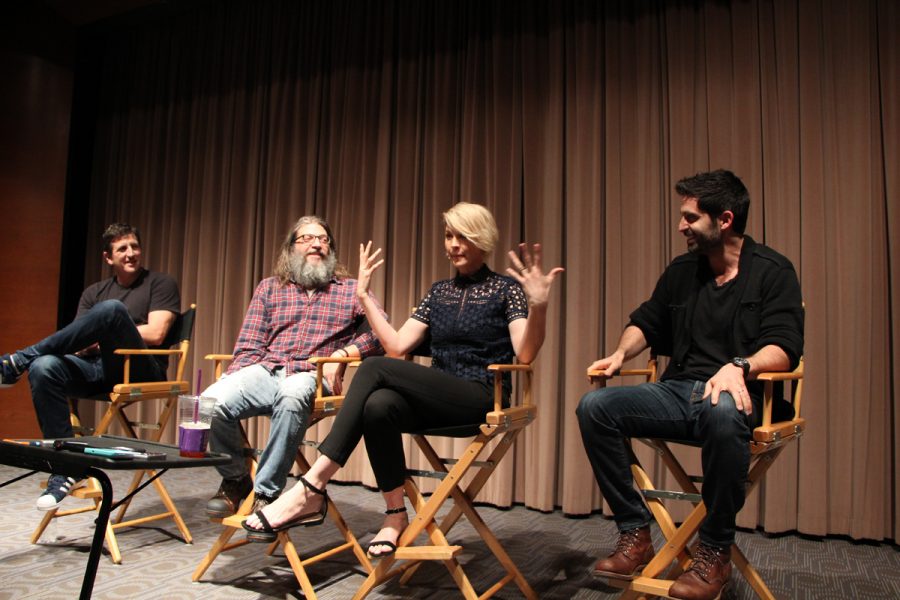 How do you balance it all?

Jenna:  Saturdays I would just wanna face plant, and I had to be a mom. I would just bring them into bed with me for the first five hours of the day and stay in bed. Then I’ve gotta get out and do stuff, and then I had to learn my lines for the next week.  And so it was really challenging.  That was super intense.  So I don’t always do it great, I’m tired, and then I have to keep it together and not be cranky with them, and then sometimes I’m cranky, and then I feel horrible, and then I go take a nap if I can- I mean it’s the thing we all do. It’s like every day is like the little sliders on the equalizing board.  You’ve gotta just try to keep it all above the make/break mark, but sometimes they go [CRASH SOUND].

Stephen:  Anybody that works in this industry has to often sacrifice a tremendous amount of time over an extended period, and my wife who is in Vancouver with our daughter, she’s like the unsung hero of this for me because she was with my daughter all day long- had no friends; was literally walking up to people on the street being like, you have a baby.  I have a kid, too.  And they’re like, you weird American. We don’t do that in Canada. I just kept reminding myself, this is for her, at the end of the day, and for our family.

As a working mom I understand how they feel. It can be really hard to balance it all. 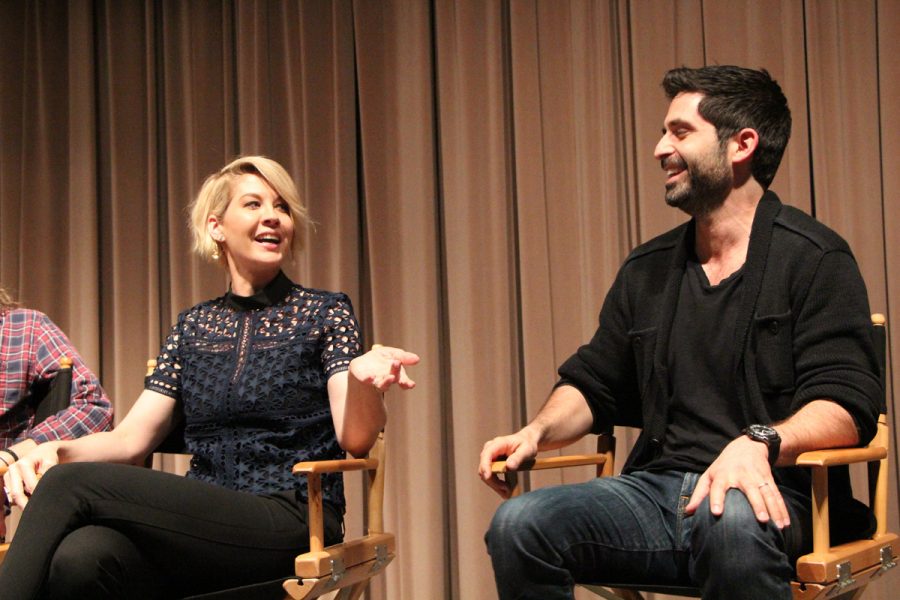 What’s your favorite part of playing these characters?

Jenna:  I love the sensation of the dynamic with the other characters.  I feel really alive when I’m acting with him (pointing to Stephen) and the kids and the humor, and the warmth, and the awkward. There’s all these fun elements and I like the way it makes me feel.  I like being at work, and we love working.  It’s just fun.

Stephen:  I really love working with Jenna- every time we’re on the set together or off camera, we’re just cracking each other up. I also like the ability to play a single dad. You don’t see that a ton on TV, a good guy that’s just trying to do the best for his kids and has custody mainly of his kids. It’s cool to play that and hopefully it brings some humor and reality to that. 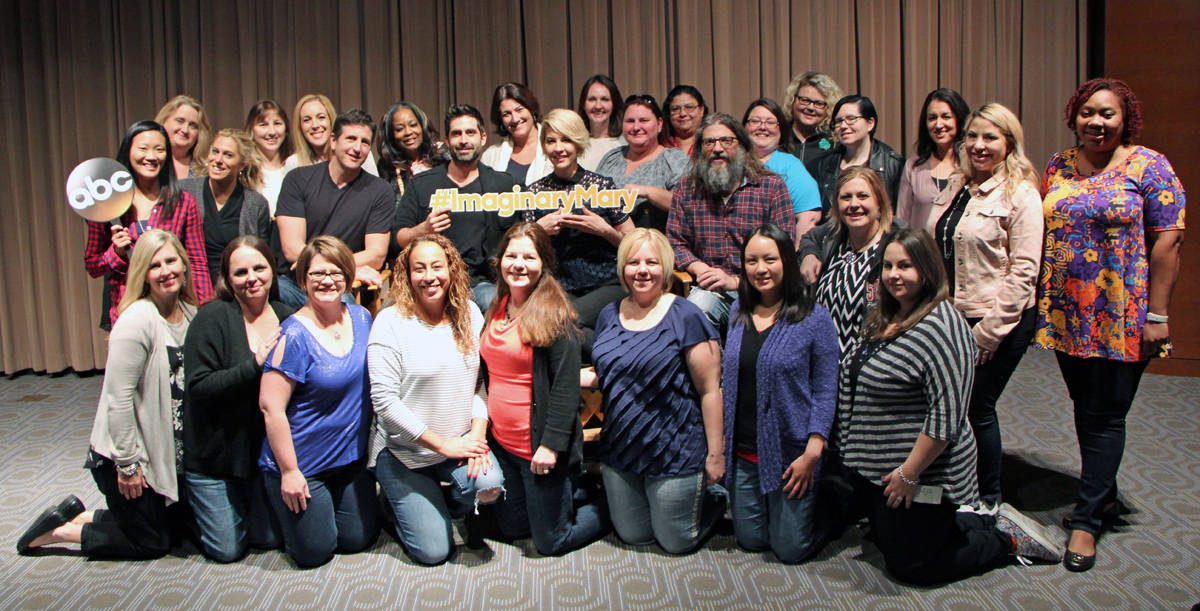 Tune in tonight to watch the season preimer of Imaginary Mary at 9:30/8:30c on ABC!