Our family of six took a two week road trip from Utah to Southern California and back again. We want to share our journey with you and what we learned. To read about all of the adventures we had on our California Spring Break trip, click here.

Universal Studios is as great as I remember it when I went over 15 years ago (gasp, I can’t believe it has been that long). They have more (new) fun rides and attractions, and they have updated their shows to match the technology. We started out on the Shrek 4D show because it was basically a 5 minute wait for us to in. It was great – I loved the special effects in this, and the story was very funny. 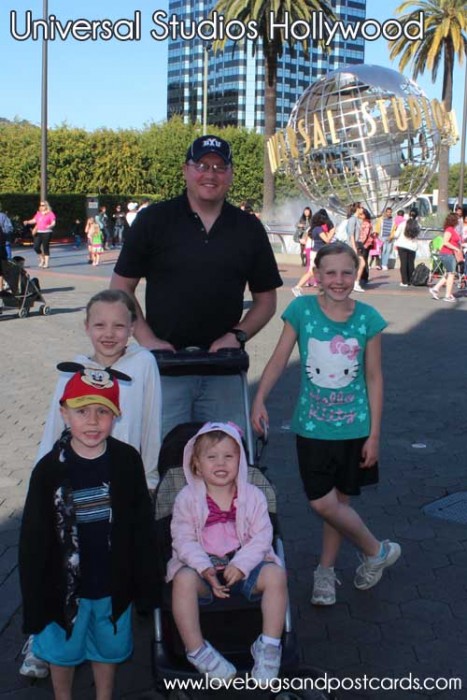 After this ride, we headed down to the lower lot. Just FYI, there are several escalators that you will have to take to get down there. If you have a stroller, you just have to take the kids out, but not fold it up. To save time later that night when we went back down, my husband and the three older kids went ahead and just walked down the escalator and it went a lot faster than just riding it down. Since I had my two year old and the stroller, I wasn’t in a huge hurry, but they were able to get onto a ride and we only had to wait for about 7 minutes for them by time we got to the ride exit.

We also took advantage of the awesome Rider Switch Program. There are “Front of the Line” passes that you can get. They cost a little more, but they give you “Front of the Line” access to the rides. There are two lines for each ride – the standby and the front of the line (or Gate A) – and with your pass you go into the line that is a shorter wait – at least half as long – if not shorter.  On some of the rides there was only a 10 minute wait for us, when the standby line was over an hour.

While I was waiting for my hubby and two older girls to go on Revenge of the Mummy – Optimus Prime and Bumble Bee were out so we could get a picture with them. This was very cool. They spoke to us, said our names, and even talked to my son like he was their next solider. He was just on cloud 9 after this! What a fun experience for him. Neither of my kids were scared of them and that made me even happier! 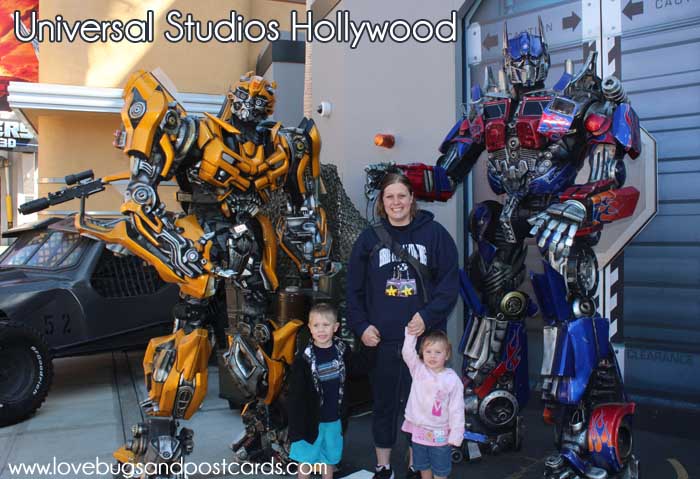 I can’t say enough about the Jurassic Park, Revenge of the Mummy, and Transformers 3-D rides on the lower lot. They were all so much fun this is where we spent a good portion of the afternoon. The Transformers 3-D ride was probably the favorite of the park. It was also the last ride we went on that night, getting through the door to get in line at 2 minutes before closing! lol. With hardly anyone in line we only waited 5 minutes to get on. It was great!

My family loved the special effects show and the studio tour. They were both amazing and fun to watch. The King Kong 3-D and the other fun and crazy special effects that we were able to witness during these events are still being talked about by my four littles. It was just that much fun. 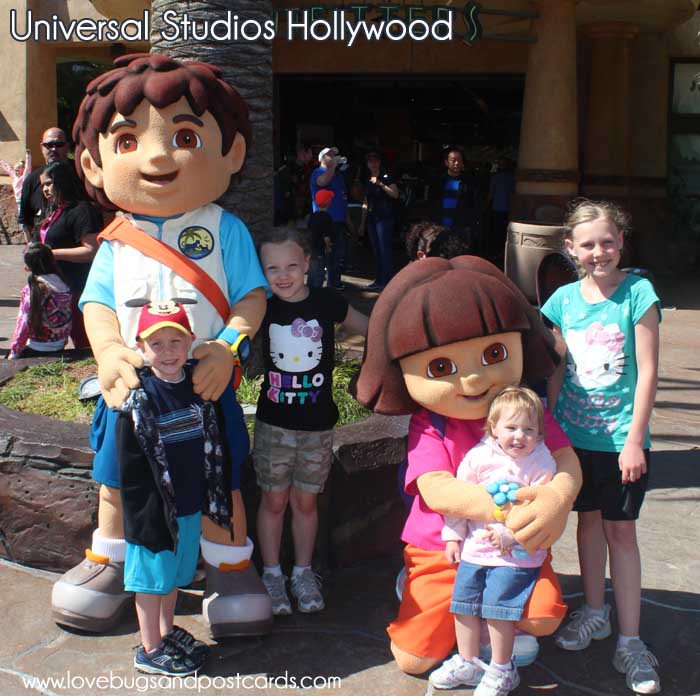 On the upper lot, there was the Simpson ride which was actually very fun to ride! All of my kids (except my 2 year old because she wasn’t tall enough) loved this ride. I went on it first with the kids and so while my hubby was going on it (with the kid again, lol), I sneaked into the gift shop and bought two of the yummiest doughnuts I have ever had. They are the “Simpsons” doughnuts, so be sure to get one and try it while you are there. YUM!

Another ride was the new Despicable Me Minion Mayhem ride. This was tricky to get into because it was still “not open” but they were letting season pass holders ride. When there was a lull in the line they would open it up to the public, and so we were able to go on it a couple of times. AWESOME ride! They also had the three girls and Gru posing for photos, and on the lower lot we were able to get pictures with the Minions. It was great! 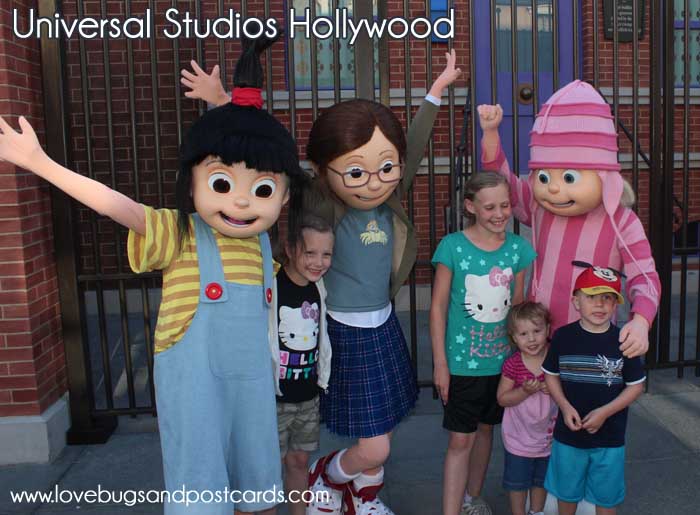 The Water World show was fantastic! Before they show even starts, they have people that come out and get the crowed all riled up – throwing buckets of water towards you if you don’t do it good, lol. They even have the water squirt wands that they use – so be prepared if they ask you to volunteer 😉
The special effects were awesome and the actors and stunts were great. There is even an airplane that comes crashing in (a real plane) and since we sat in the middle section, on about the 4-5 row up right in the middle, we had the perfect seat for the landing. We only got a little wet, a few different times.
You won’t want to miss this show so be sure to get there about 30 minutes early to make sure you can get in and get a seat. We actually didn’t even get into the first show we went to because it was full, so you will want to get there early. There are restrooms right outside the show arena and there is stroller parking inside the arena behind the bleachers. I went and saved seats with my oldest daughter and my husband got the stroller parked and brought the other kids. It worked perfect. I got there several minutes before him and got a better seat than we would have. 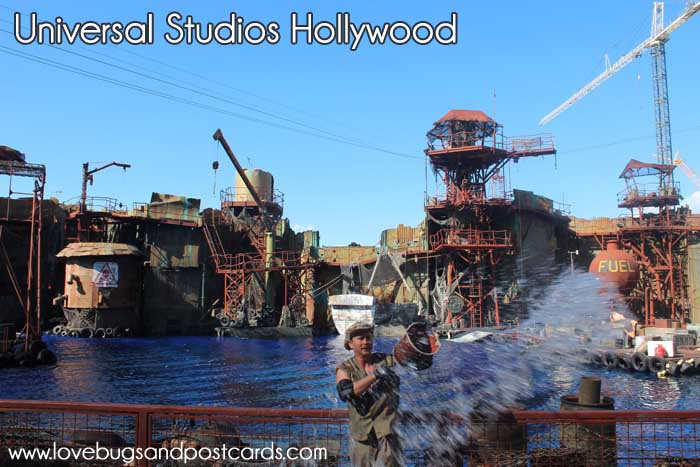