You are here: Home / Entertainment / Movie Reviews / Scooby-Doo and WWE: Curse of the Speed Demon #ScoobyWWE

Warner Bros. Home Entertainment provided me with a free copy of the Blu-ray™ I reviewed in this Blog Post. The opinions I share are my own.

Scooby-Doo is a family favorite and we always love the adventures. The newest release Scooby-Doo and WWE: Curse of the Speed Demon combines fun and entertainment with all of the well known and loved things that are Scooby-Doo and gang. In this fun movie, Scooby and the gang are up against the mysterious phantom racer, known only as Inferno. They team up with the superstars of WWE to help them uncover the mystery and save the race! 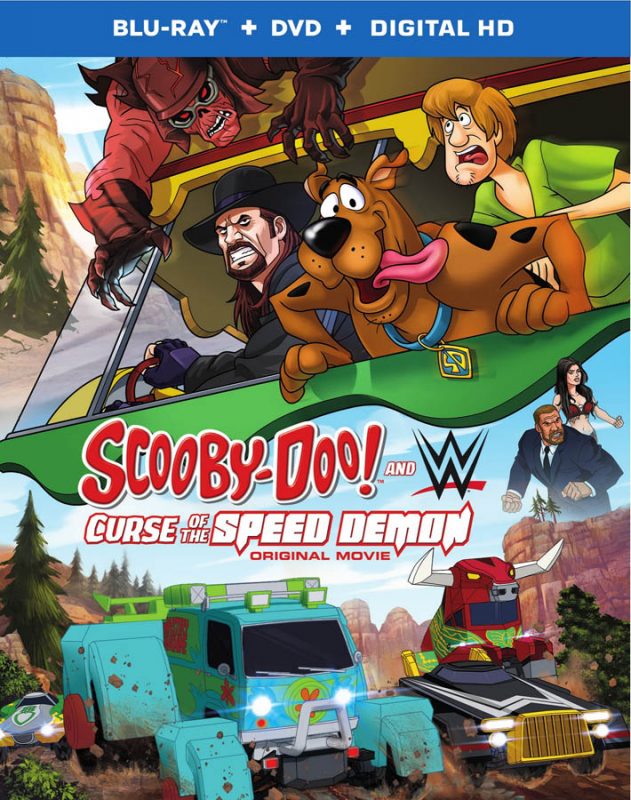 SCOOBY-DOO AND THE GANG TEAM UP WITH THE SUPERSTARS OF WWE® AS WARNER BROS. HOME ENTERTAINMENT AND WWE® STUDIOS RELEASE SCOOBY-DOO! AND WWE: CURSE OF THE SPEED DEMON ON BLU-RAY™ COMBO PACK, DVD AND DIGITAL HD AUGUST 9, 2016

It’s pedal to the metal as Scooby-Doo, Shaggy and the gang team up with the superstars of WWE in this hi-octane, all-new original movie! When Scooby and Mystery Inc. visit an off-road racing competition, it’s not long before strange events start to occur. A mysterious phantom racer, known only as Inferno, is causing chaos and determined to sabotage the race. It’s up Scooby-Doo, Shaggy and their new driving partner, The Undertaker, to save the race and solve the mystery. Along with other WWE superstars such as Triple H, Paige and Shamus, it’s time to start your engine and your appetite because Scooby-Doo and WWE are chasing down adventure and laughs just for you! 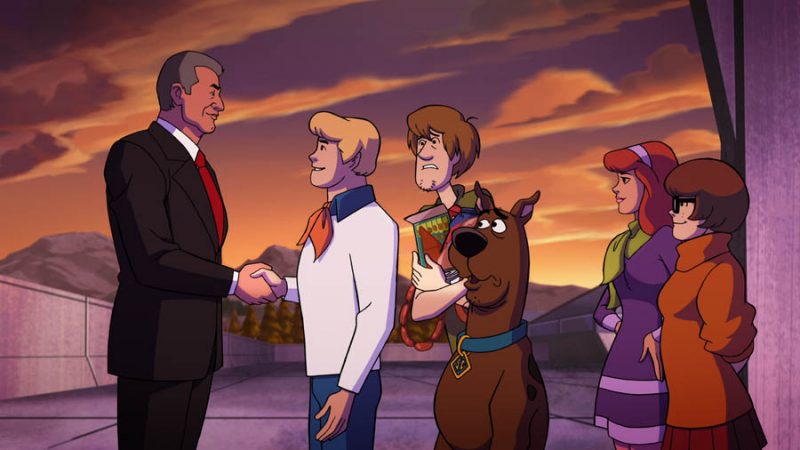 When Scooby and the gang attend an off-road racing competition, the last thing they expect is to stumble upon a menacing phantom. However, before they can say “ruh-roh,” things take a turn for the worse, as Inferno schemes to sabotage the race and cause chaos for everyone. With the help of WWE Superstars Triple H, Paige and Sheamus, as well as Scooby’s new driving partner, The Undertaker, it’s up to Scooby-Doo and the Mystery Inc. gang to save the race before it’s too late!

“We are thrilled to partner again with Warner Bros. to bring another Scooby Doo! and WWE adventure to fans of both brands,” said Michael Luisi, President of WWE Studios. “The timeless characters of Scooby Doo!, coupled with our iconic WWE Superstars, have proven to be true crowd–pleasers worldwide.”

Here is a preview

What is your favorite Scooby-Doo! movie or show? Check out some of these

Ways to combat motion sickness when traveling
Next Post: Back to school shopping for busy mom’s