I am at the PBS Annual Meeting in San Diego, and this morning we were able to learn more about the newest show coming to PBS Kids, Pinkalicious and Peterrific! I am so excited about this show. Pinkalicious books have been part of my family for years, and when I told my kids that PBS Kids was making a new show, they asked when they could watch it. Today we found out that the show will air February 19, 2018. This date marks the 50th anniversary to the day of when Mr. Rogers Neighborhood first premiered on PBS.

Produced by WGBH Boston and based on the best-selling HarperCollins Pinkalicious book series by Victoria Kann, the series will encourage kids to explore the arts and spark creativity. Designed for children ages 3-5, PINKALICIOUS & PETERRIFIC encourages kids to engage in creative arts and self-expression, covering areas such as music, dance and visual arts.

PINKALICIOUS & PETERRIFIC follows the adventures of Pinkalicious and her brother Peter. Pinkalicious imagines creative possibilities everywhere she looks. She is an artist at heart—and, like most creative people, she sees the world differently from others. She knows what she likes, and she’s not afraid to express herself—though she sometimes needs help from her brother, Peter, and her neighborhood friends. 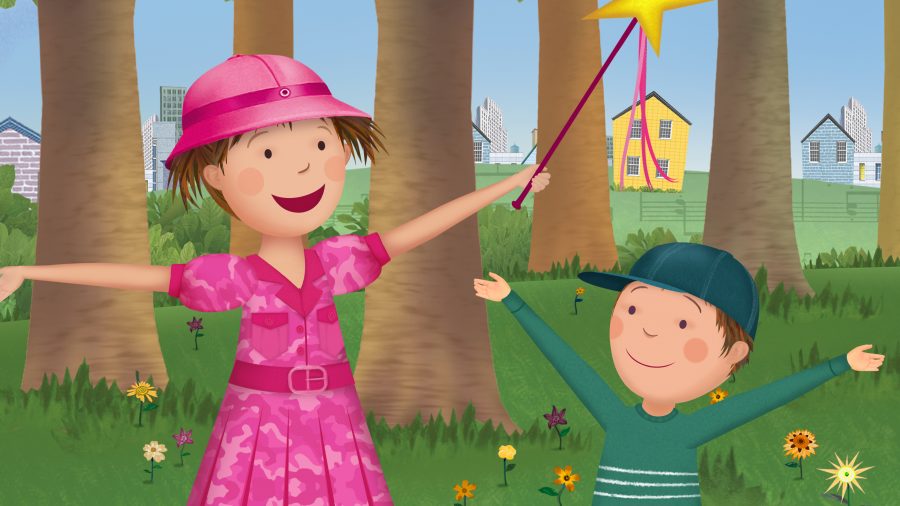 Each episode of PINKALICIOUS & PETERRIFIC will include two 11-minute stories as well as a live-action interstitial and an original song.

Be on the lookout for more information about the series to come over the next several months. This is going to be a great show that will encourage a love of music, the arts, creativity, and friendship. The song we heard in the preview is stuck in my head, I love it! This is something that my kids and I will watch over and over because they are fun, colorful and musical. All the things we love.

A Mermaid’s Tale
Next Post: 4 ways to help your kids through allergy season