We received a set of movies in order to do this review. All opinions are our own.

It is fun having younger kids in around. If I am honest with myself, I love the cartoons they watch too. The fun storylines and adventures in the movies lead to creativeness and imaginative play for hours after my kids are done watching. We are excited to feature three great shows this month as they release new DVD’s packed with their favorite episodes, and just in time for Valentine’s Day! 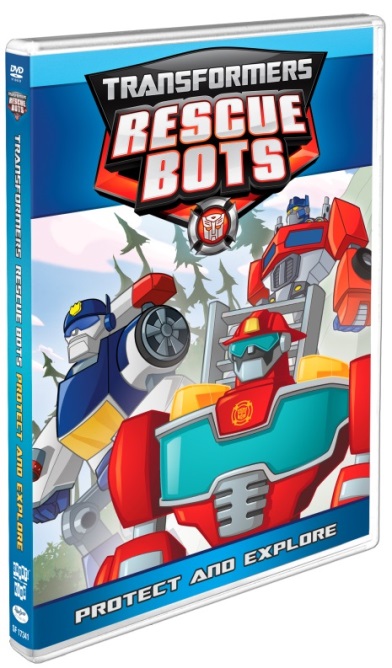 Get ready for big adventures and rescues in the great outdoors!Transformers Rescue Bots: Heroes of Tech will be released onDVD on February 21, 2017 from Shout! Kids, in collaboration with Hasbro Studios. Featuring five exciting episodes that the whole family can enjoy, this DVD is priced to own with a suggested retail price of $14.93.

When a mysterious iceberg is spotted off the coast of Griffin Rock, it brings both danger and the interest of an old nemesis. On a nature hike, the Rescue Bots team will have to battle escaped snakes. And when the Burns family is stranded at sea by a swarm of jellyfish, the Bots must control miniature souvenir replicas of themselves. Enjoy these adventures and more in Transformers Rescue Bots: Protect and Explore! 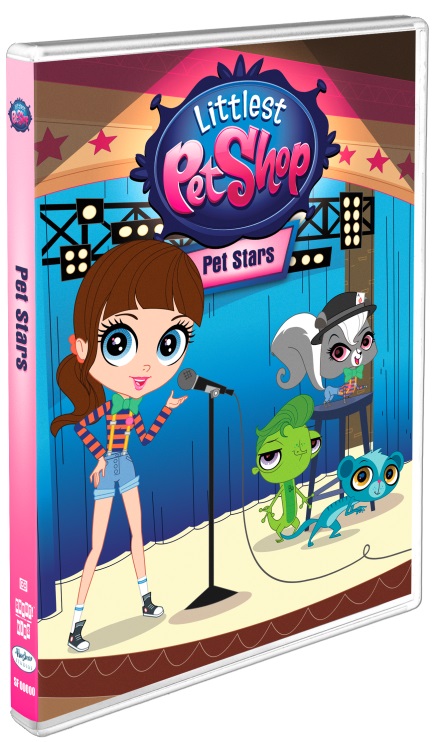 A pet star is born! On February 14, 2017, buddy up with Blythe and her superstar pet pals with Littlest Pet Shop: Pet Stars on DVD fromShout! Kids, in collaboration with Hasbro Studios.

Sinister king cobras! Comedy festivals! Pet hotels! And a monkey on Mars?! It’s all here, as Blythe and her best friends – Russell the Hedgehog, Pepper the Skunk, Zoe the Spaniel, Minka the Monkey, Sunil the Mongoose, Penny the Panda and Vinnie the Gecko – share one outrageous adventure after another in The Littlest Pet Shop: Pet Stars! 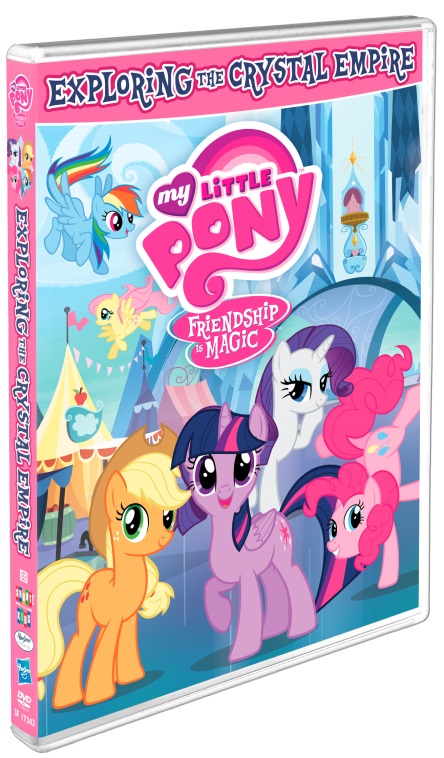 My Little Pony Friendship Is Magic: Exploring the Crystal Empire

My Little Pony – Friendship Is Magic: Exploring the Crystal Empire iscoming to DVD on February 7, 2017 in the U.S. and Canada fromShout! Kids in collaboration with Hasbro Studios.

Join Twilight Sparkle, everypony’s favorite studious princess, and her very best friends – Rainbow Dash, Applejack, Rarity, Fluttershy, Pinkie Pie and Spike – as they explore the wondrous arctic kingdom, the Crystal Empire! Old enemies return and new friends are made in this collection of episodes that will have you exploring the Crystal Empire with magical adventure! 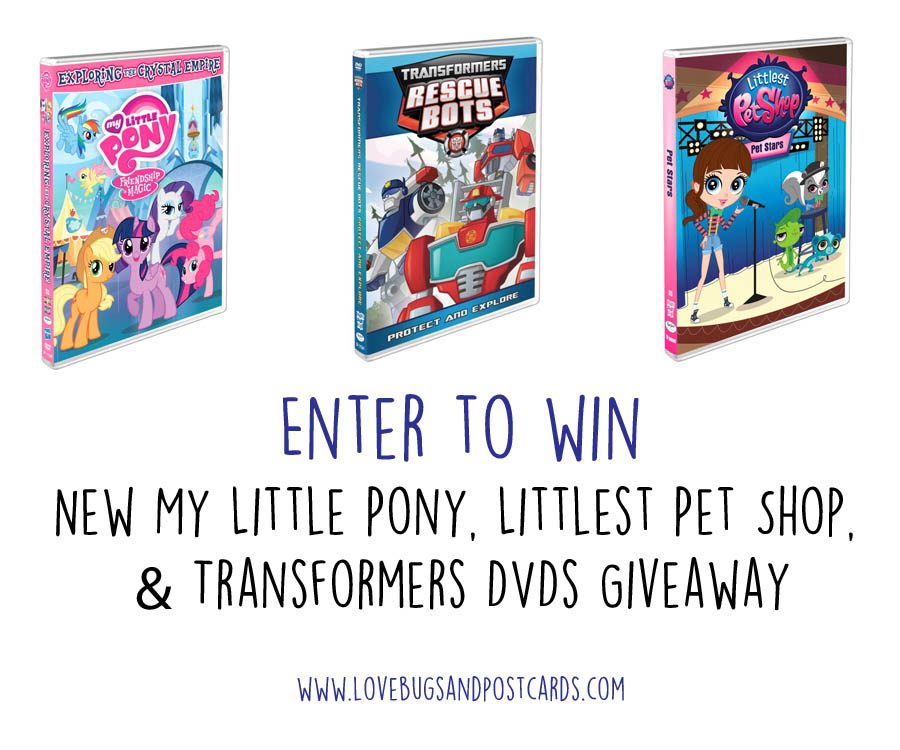 How would you like to win a set – one each – of these fun new movie collections? One lucky reader will win one of each of these three movies to enjoy with their kids. Giveaway is open from 2/7-2/12. Open to US only. Must be 18 or older to enter. All entires will be verified. Giveway winner will have 24 hours to respond to winning email before a new winner is chosen. Good Luck!