You are here: Home / Entertainment / Watch 5 new episodes of Cyberchase in honor of Earth Day

One of my kids’ favorite cartoons is getting some new episodes in honor of Earth Day! PBS Kids is airing 5 new episodes of Cyberchase April 16-20, 2018! It is such a great show that teaches kids about math, adventure, thinking things through, and so much more. I love following along myself – and can’t wait to watch these new episodes with my kids.

Check out this fun Cyberchase trailer:

Starring Christopher Lloyd as the voice of “The Hacker” and Gilbert Gottfried as the voice of “Digit,” Cyberchase is designed to inspire children ages 6-8 to approach math with enthusiasm, confidence and a “can-do” attitude—and shows kids that math is everywhere, and everyone can be good at it. Serving a critical need in informal math education, the PBS KIDS series puts the “M” in STEM (Science, Technology, Engineering, Math).

In April, new STEM-based classroom resources, bilingual family activities (English and Spanish) and tips related to the episodes will be available. THIRTEEN, in partnership with ten PBS stations across the country, is also offering a multi-week text messaging program for educators in select markets to provide them easy access to the teaching resources and online materials.

Here are the new Cyberchase Earth Day-Themed Episode’s that you can look forward to: 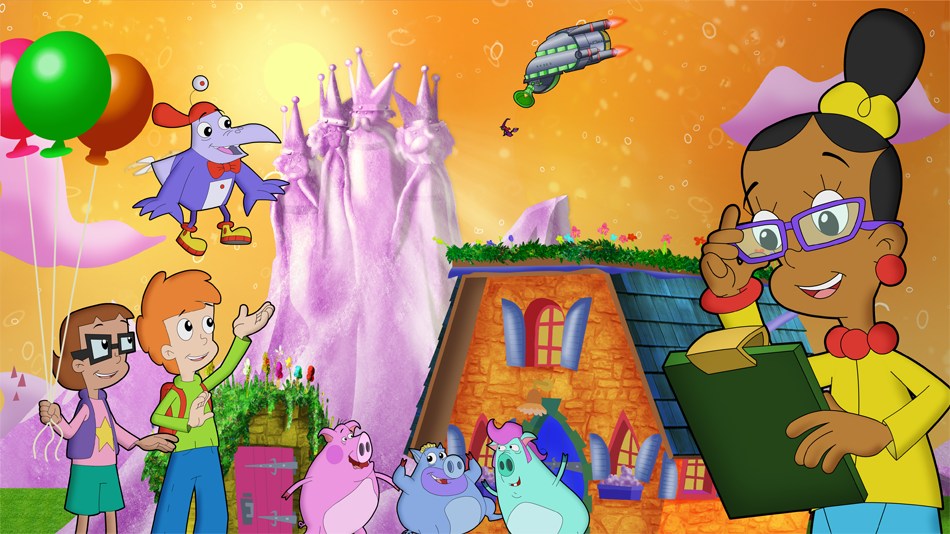 In Happily Ever Afterville, the Three Pigs have just finished building their new cottage at the base of Mount Evermore – a peaceful spot without any direct sunlight. They are celebrating with a housewarming party, and they’ve hired Jackie as their party planner! But trouble strikes when Hacker and Wicked, who are having a battle of wits above Mount Evermore, accidentally zap the mountain away. Now, the sun is streaming directly onto the pigs’ house, and it is quickly heating it up inside! Meanwhile, Hacker starts feeling something very strange – guilt. Can the CyberSquad cool down the pigs’ warming house and save their housewarming party? And will Hacker – for the first time ever – do the right thing? 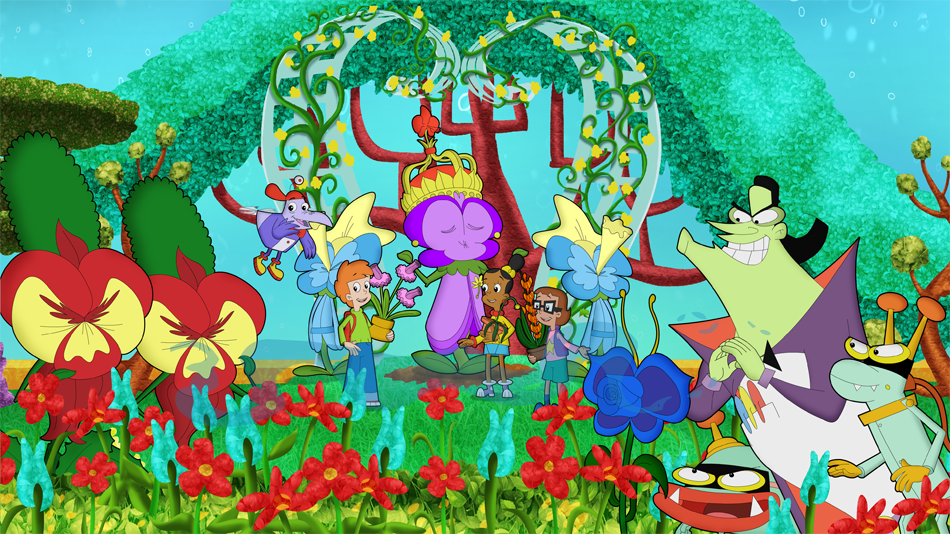 Contestants from all over Cyberspace have come to Gardenia, a gorgeous garden cybersite ruled by the Queen Mum, for its annual flower-growing contest. Hacker is sure his doofydill will win Tallest Flower, but when he loses to Inez and her happiolus, he is furious and plots a plant-based revenge. He flies off to a faraway site and brings back a funky flower – an invasive species! The funky flower emits a stinky odor that no one can handle – not even the Queen Mum. Worse, it also spreads quickly, steals water, hoards sunlight and crowds out all the native plants! The CyberSquad races against time to find ways to stop the funky flower. Can they rescue Gardenia before the flower – and Hacker – take over for good? 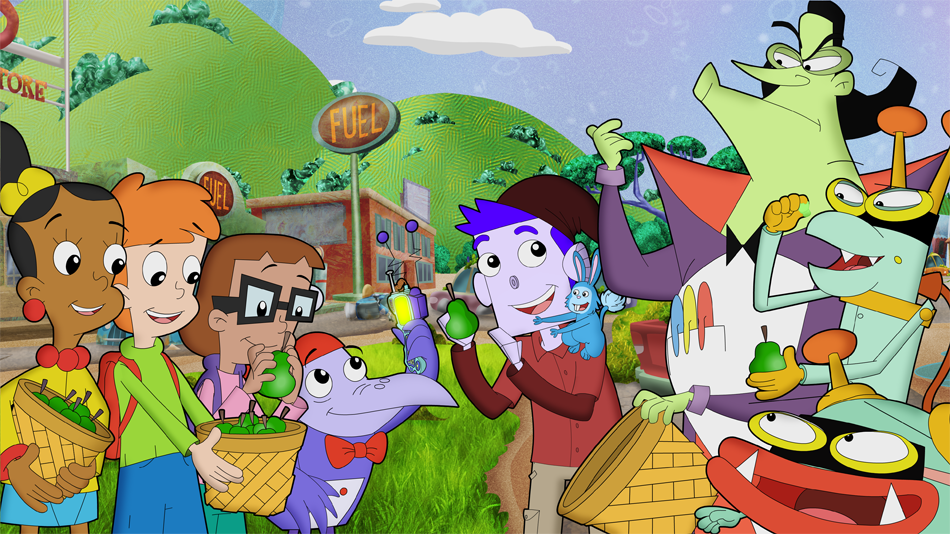 Hacker has finally captured those Earth kids on the Wreaker! Before he can decide what to do next, an alarm goes off…the Wreaker is out of fuel! He lands on the nearest cybersite, Ekardia, an eerie place with no one in sight and no way to contact anyone. He has only one choice: enlist the CyberSquad’s help so they can ALL get back home. They find one Ekardian left behind – Ted. Everyone else left because Ekardia ran out of frixite, the nonrenewable resource they used to power everything. Now Ted lives off the natural resources around him. If Hacker and the kids are going to get home, they and their resourceful new friend will need to learn from Ekardia’s past. Can they also help save its future? 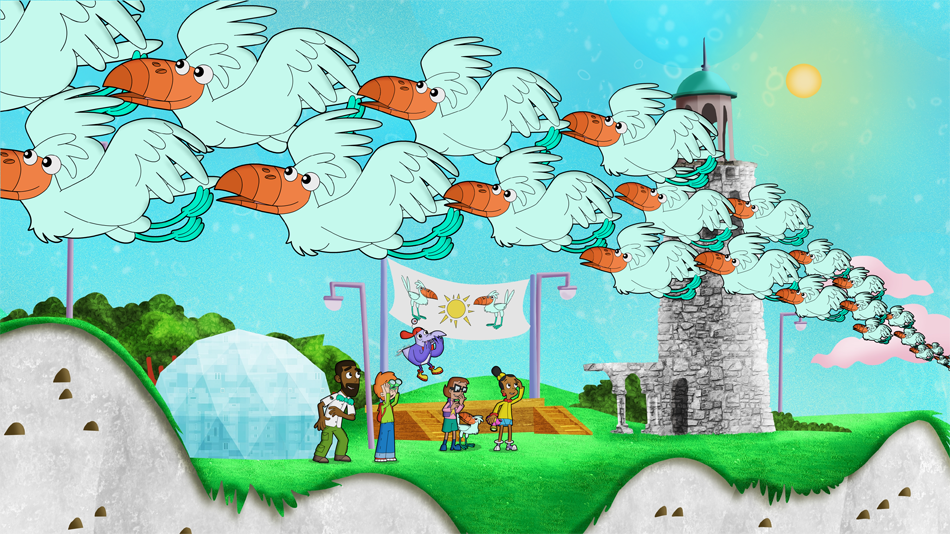 Bird lovers across Cyberspace have arrived at the Migration Celebration – a magical event where the rare teal-footed trillers flock once every five years. But when the trillers are a no-show, Professor Bobson, host of the celebration, knows something is amiss. After he cancels the event, phone calls and social media posts start reporting triller sightings all over Cyberspace! The Professor and kids recruit dozens of citizen scientists to record their observations when they see a triller. But in the chaos, they forget Digit, the biggest triller lover of all, can be a big help. When all the citizen scientists have reported back, it leads to a shocking discovery. What is the data telling them? And can Digit help crack the case? 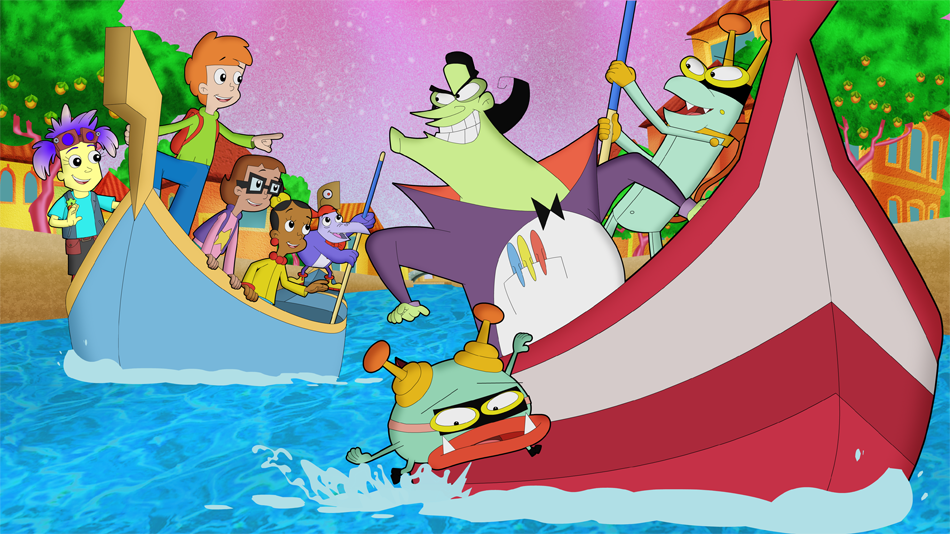 Digit’s friend Pearl says her town is in trouble. The water levels in Canalia, a beautiful cybersite connected by canals, keep getting lower, but Canalians don’t see the problem. So Pearl built a time machine to prove she’s right! She travels with the CyberSquad into the past to see how much higher the water levels were then, and the kids promise to help convince Canalians to change their water-wasting ways. But when they invite everyone to travel through time and see what happens, the time machine goes missing! Hacker has stolen it! Can the kids get the time machine back before Hacker resets the course of cyberhistory? And can Canalians be convinced to protect their future by changing the present?

Don’t forget that Cyberchase episodes are also available on the PBS KIDS 24/7 channel and live stream. My kids love getting on my chromebook or their tablets and watching shows on the PBS Kids app. What’s your favorite PBS Kids show to watch together?