Earlier this week we were able to attend a pre-release screening for Marvel’s Doctor Strange (all opinions are my own). We took our whole family because we love Marvel movies and have seen all of them (sans Deadpool) and wanted to add to the next in the line. We had watched a couple of the previews but didn’t really know what to expect from this movie. We took our kids (ages 5, 7, 9, 12) with us. Our 5 year old wasn’t all that interested, but the other three loved it. Before I get into all of the details, I have to say that his movie is pure magic. They did an amazing job with the special effects and the story-line rocks! It is NOT hard to follow – my 7 year old understood and followed everything that was happening and still talks about it. That does not mean that the story line doesn’t have twists and turns. You will not expect half of what happens. 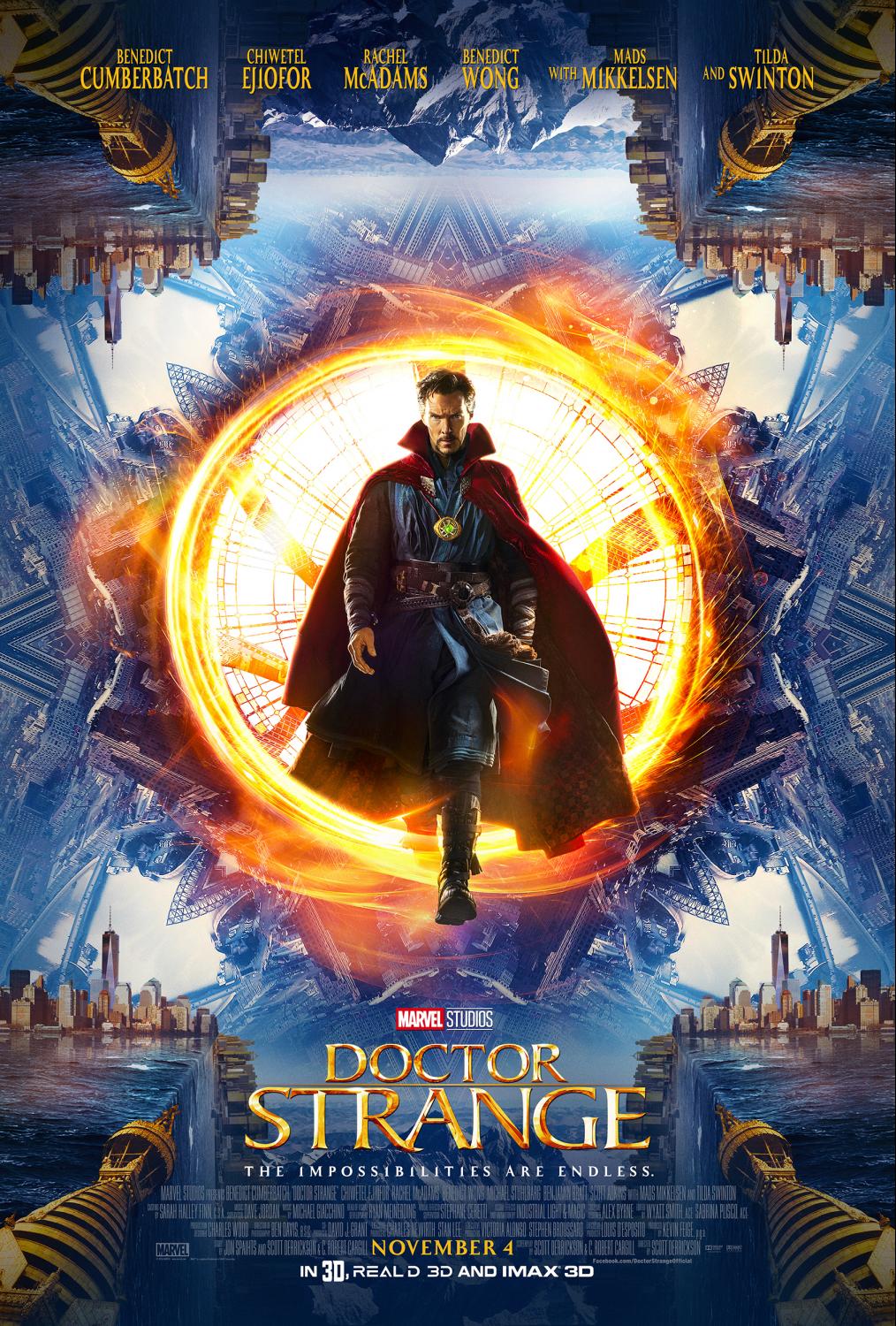 As far as the content of the movie, here is what you need to consider when taking kids to Marvel’s Doctor Strange:

Violence: It is a Marvel movie, that can be similar to Thor in regards to Dimension, Gods, Dark magic, etc. They do a lot of fighting, hand to hand combat, magical fighting, etc and all of it’s not pretty. None of it is graphic (blood and guts) but there are a couple a scenes where a man gets impaled by a stake. A dark power consumes three characters and they look charred. I can’t even recall everything, but just be prepared.

Language: Minor use of the words Asshole and Shit. I honestly don’t remember any language. That’s how minor it is.

Alcohol/Drugs: NONE during the movie. Post credit scene with a man drinking beer

Overall I say it is up to you what you children are used to watching. I say this is ok for 7+ (kids younger than that probably won’t understand or enjoy it much).

With the introduction of this unique Super Hero, vested with powerful magical powers and skills, the Marvel Cinematic Universe opens up a host of new, electrifying stories and exciting, mystifying, never-beforeseen action. As producer Kevin Feige explains, “There are these street-level narratives of the Marvel Universe that we’ve seen in a lot of films. There is the cosmic level, which ‘Thor’ and ‘Guardians of the Galaxy’ and ‘The Avengers’ have taken us to. But there always has been a very important supernatural side to the Marvel comics, and we haven’t really touched on that. And ‘Doctor Strange’ is our perfect entry point into that realm.

“‘Doctor Strange’ deals with parallel dimensions, alternate dimensions and the multiverse, which unlocks an entirely new area of storytelling for us. It’s the richness of that Marvel Universe that allows us, on what will be our 14th film released, to open up this entirely new aspect,” Feige concludes. The story follows world-famous neurosurgeon Dr. Stephen Strange, whose life changes forever after a horrific car accident robs him of the use of his hands. When traditional medicine fails him, he is forced to look for healing, and hope, in an unlikely place—a mysterious enclave known as Kamar-Taj. He quickly learns that this is not just a center for healing but also the front line of a battle against unseen dark forces bent on destroying our reality. Before long Strange—armed with newly acquired magical powers—is forced to choose whether to return to his life of fortune and status or leave it all behind to defend the world as the most powerful sorcerer in existence.

Get your FREE tickets for Disney On Ice Passport to Adventure {Salt Lake City, UT Nov 10th – 13th}
Next Post: 10 ways to achieve mind-body balance during the holidays