I have loved Jurassic Park since I was a kid when it came out in theaters. We watched it several times on the big screen, and I jumped every time at certain points in the show. Even now, I still jump even though I know the movie by heart. The second and third installments were also great movies, and we watch all three of them regularly. When Jurassic World was announced – we were all excited! We got our tickets for opening weekend and made our way into the crowded movie theater. Unfortunately, my oldest kids were a few seats over, and they clung to each other during the intense parts while I and my husband each held one of our youngest kids.

The movie was fantastic and I was enjoying it immensely until a runaway two-year-old screeched right by my head and I about had a heart attack. I jumped so bad my daughter (who was about 4 at the time) almost fell off my lap. My kids still haven’t let me live that down. All I could think of at the time was that dinosaurs had gotten loose in the theater, lol. Just kidding. But it did scare the daylights out of me.

With the announcement of Jurassic World: Fallen Kingdom, we have all been waiting impatiently to see it. Only a couple more months to go – and we can’t wait to be there when it comes out! Chris Pratt is a great addition to the Jurassic Park character line-up and I can’t wait to see Jeff Goldblum return! 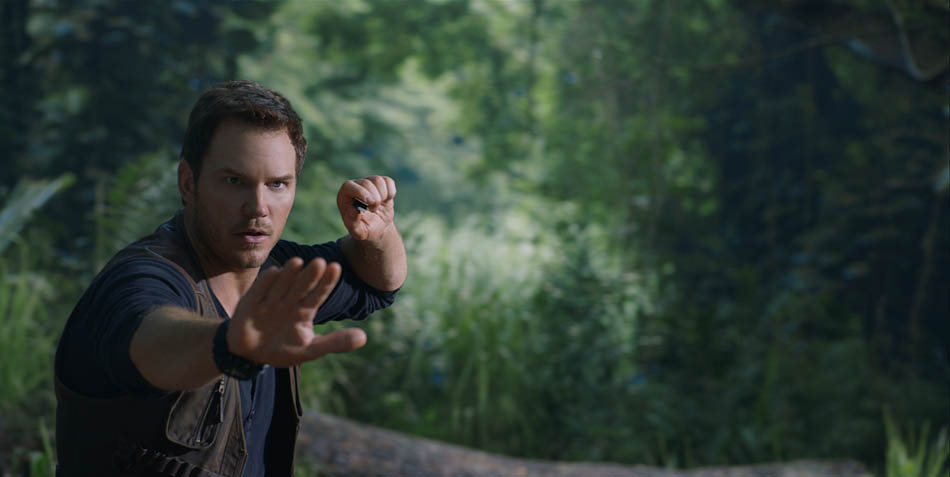 It’s been four years since theme park and luxury resort Jurassic World was destroyed by dinosaurs out of containment.  Isla Nublar now sits abandoned by humans while the surviving dinosaurs fend for themselves in the jungles.

When the island’s dormant volcano begins roaring to life, Owen (Chris Pratt) and Claire (Bryce Dallas Howard) mount a campaign to rescue the remaining dinosaurs from this extinction-level event.  Owen is driven to find Blue, his lead raptor who’s still missing in the wild, and Claire has grown a respect for these creatures she now makes her mission.  Arriving on the unstable island as lava begins raining down, their expedition uncovers a conspiracy that could return our entire planet to a perilous order not seen since prehistoric times.

With all of the wonder, adventure and thrills synonymous with one of the most popular and successful series in cinema history, this all-new motion-picture event sees the return of favorite characters and dinosaurs—along with new breeds more awe-inspiring and terrifying than ever before.  Welcome to Jurassic World: Fallen Kingdom.

Directed by J.A. Bayona (The Impossible), the epic action-adventure is written by Jurassic World’s director, Trevorrow, and its co-writer, Derek Connolly.  Producers Frank Marshall and Pat Crowley once again partner with Spielberg and Trevorrow in leading the filmmakers for this stunning installment.  Belén Atienza joins the team as a producer.  www.jurassicworld.com 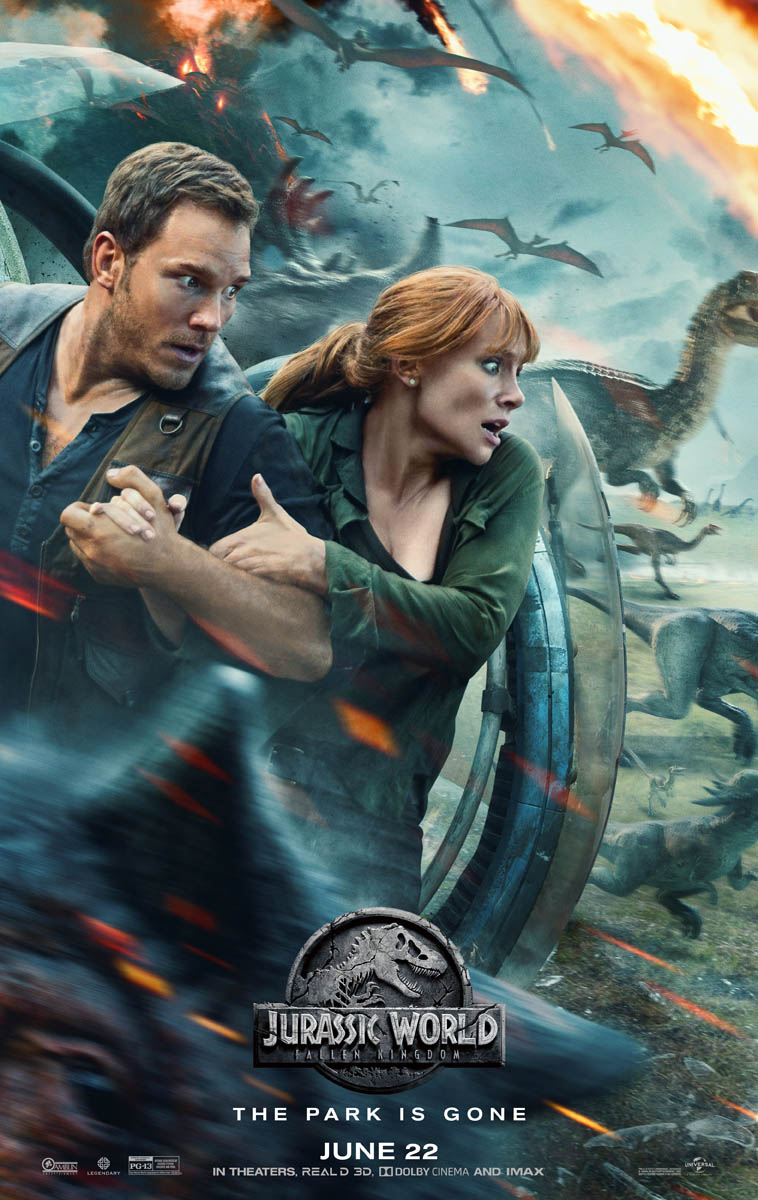