This trip was sponsored by Disney. All opinions are my own. Last week I went to LA for the Incredibles 2 movie that comes out this weekend! I was able to experience so much while I was there with my group such as Disneyland Pixar Fest and the Big City Greens show Q & A. But, the biggest thing was participating in the interviews with the talent from the Incredibles 2 movie as well as the Bao short film (that plays in front of Incredibles 2). 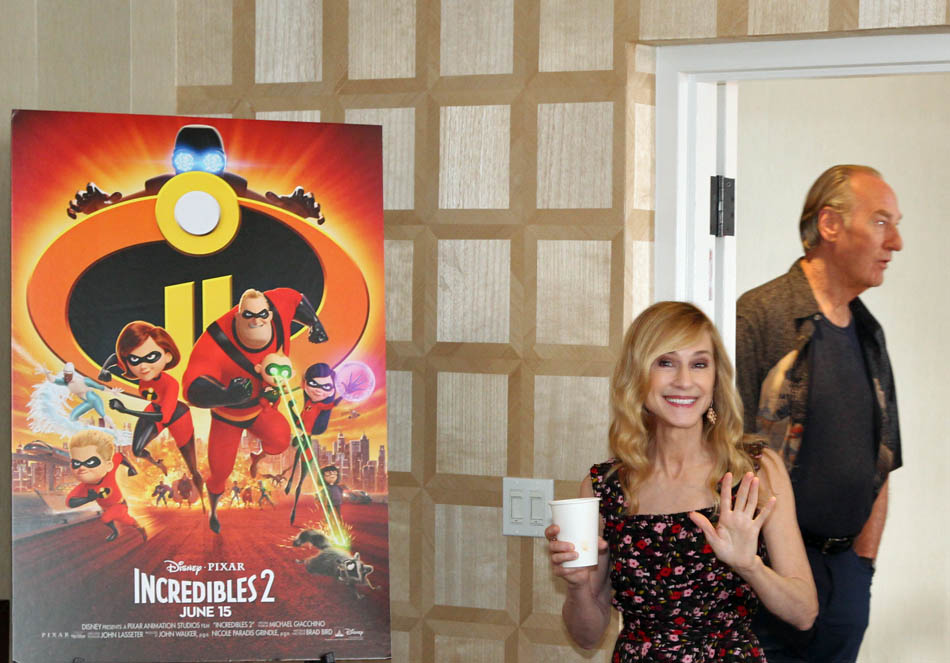 Our first interview was with Craig T. Nelson (voice of Mr. Incredible) and Holly Hunter (voice of Elastigirl). These two are a hoot, and together they had us laughing the whole time. I learned several fun facts about them and the show that I didn’t know before. The most surprising to me was that they didn’t record their lines togethr…any of the characters. Brad Bird, who directed the movie, would read opposite of each actor/actress as they recorded their parts.

Here is our Incredibles 2 interview with Craig and Holly:

With the success of the first Incredibles movie, how did you feel about doing the sequel?

Holly:   I think we both were not hesitating in wanting to do this sequel.

Craig:   Yeah, it was exciting. I mean, it was exciting because it was, like, fourteen years- what is he gonna do; what are they gonna come up with; how can it be different; where are we gonna pick it up? I mean, we didn’t know anything. And then they talked about starting it right at the very end, and the first one starting this one, and I didn’t age. I wasn’t sure if I could do it vocally, you know? Because I’d been doing Parenthood and Zeek had a different vocal quality, so that meant I was- kind of the trepidation nerve for me and anxiety. We never saw the script; Brad kind of laid out the idea which was great. It sounded like it was gonna be fun.

Craig is so funny and really was a smart-alec for the whole interview. He made it fun and he made us laugh a lot. Holly and Craig together are like toast and jam – the perfect combination. It blows me away that they never recorded together – because they have such a great chemistry. That just goes to show the magic of Brad Bird. 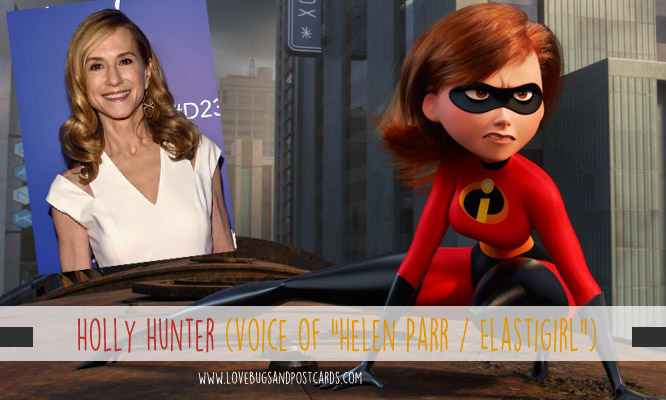 How easy was it to warm up back into character?

Holly:   I thought that it was quite amusing that the movie would pick up literally, like, fifteen seconds after the first movie. That was just so funny to me, and a completely impossible thing to do in a regular film, which Craig and I, that’s what we normally do is television and films. The ability of animation to do that was just so delightful. There were so many things about this opportunity for me which was kind of effortless. Craig and I, we record with Brad and only with Brad, and so fourteen years later to encounter Brad again, with a microphone between us was just fun. And he’s somebody that both of just inherently trust.

Craig:   The thing turns out to be huge, right? So we’re waiting to see when we’re gonna do the sequel because you do, you know, you’re still actors and you’re finding, or at least some of us find not always working. So I’ve got that to look forward to, maybe, and the third year comes, and the fourth year, and then you’re going, well hell, I’m not gonna pay for the stuff I bought because I always thought I wasn’t gonna get a sequel.

Holly:   Where I was thinking, like, maybe Bob and Helen would be dead by then.

Craig:   I was looking forward to kinda doing the rest home version. To realize the impact that the first one had and how its longevity has held up, and then to be at this time to do the second one. It’s pretty amazing.

Craig:   When we went to the theater, and Holly and I saw it for the first time together at this premiere, I’m sitting there going, I wonder what we’re gonna see, you know? I hadn’t seen anything; didn’t know, and you see this spectacular thing, and it’s like, oh, this is not just an animated movie. This is a pretty big deal here, you know what I mean. The scope of it and the innovations that they’ve incorporated. I’m a fan, too, so it’s like you’re sitting there going, ooh, that’s not bad.

I love how honest and open they are here. We couldn’t stop laughing with them about their comments about how long it took to make the second one and their reactions to it, their thoughts about what it would be about and so on. I tihnk we were all feeling about the same way, lol. 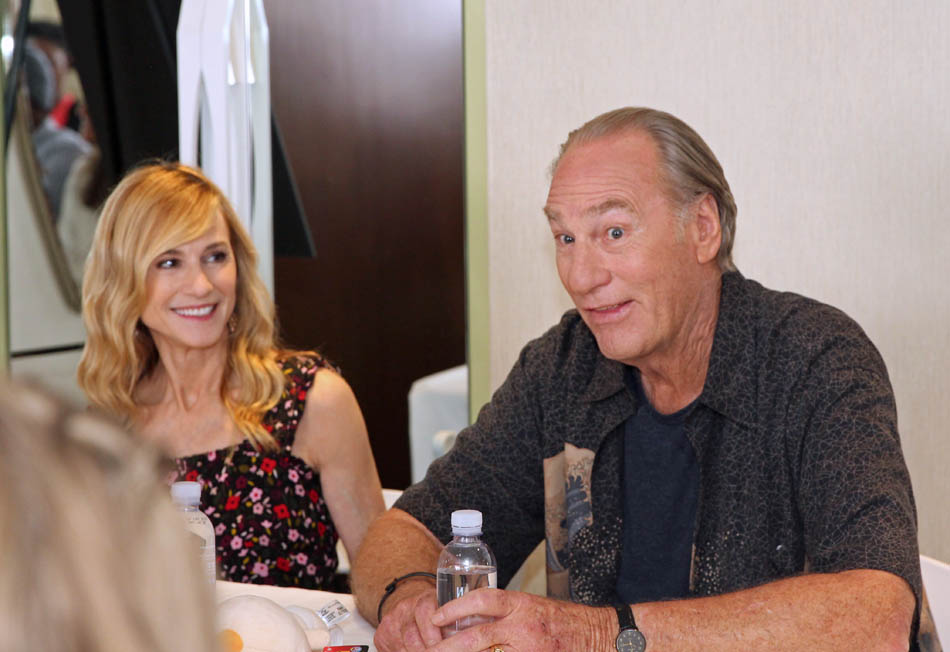 How do you feel the storyline coincides with what is going around us right now?

Holly:   Well, I think that’s a little serendipitous with the Me Too coinciding with the opening of this movie where that’s an element. But I think it is totally by coincidence. And at the same time, it is in the air. I mean, it’s in the cultural, the environment that I guess we’re all breathing. Which is a great thing, especially it’s a great thing for kids to see this movie, not just little girls but, but boys, too. It’s great for everybody to see what men and women are capable of, that men are capable of being fantastic, nurturing parents. And we all know this. This is not new for us, but it’s still great to see this exploration both for our characters.

And it’s fantastic and delightful to see Elastigirl living up to this gift that she has without any apology. She just is going for it and losing herself in it, which is a beautiful thing. I think also for mothers, it’s great for a mother to be able to be fully engaged in something that has nothing to do with parenting, and I think that that’s difficult for all of us to actually give ourselves license to just go that deeply.

What Holly says here really is my favorite part of our interview with her. As a mother of four – this really hit home for me and I love that she was able to describe it so beautifully and perfectly. 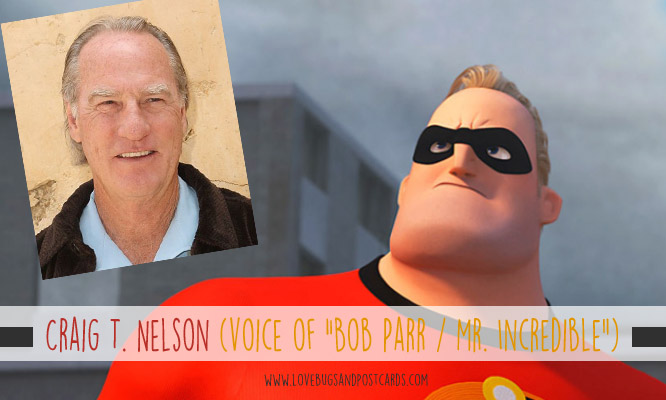 You guys have distinctive voices. Are you being recognized through your voice?

Holly:   If I don’t wanna be recognized, I don’t talk. It’s a giveaway, like, with one syllable.

Craig:   I get tired of people saying or asking me, ‘did I go to high school with you?’

One of my favorite lines in the movie is, ‘why are they trying to change math? Math is math.’ To help with the role, did you at all dive into what they’re trying to do today with the new math?

Craig: I don’t understand it as a dad but as a grandfather…

Holly: I can relate to that. It’s unbelievable.

Craig: Two plus two is four. It isn’t just new math. I’m confused about a lot of things. I really don’t understand the approaches to a lot of things. When did they change the rules? Who gave them permission to do that? It’s like even being brought up the kids, what a world they’re being raised in. When I was raised, the beauty of the education that I received was that it was you were classically trained. You had classic literature to refer, and it was given to you and performed for you. So you learned words, you learned communication. And so I think for my kids and my grandkids that when I go to visit them…

Holly: Or that you feel that it’s very insular; that they’re very isolated?

Craig: We’re not talking to each other. You know, can I see your eyes? Can I see your eyes for a minute, just would you mind lifting- doesn’t your neck hurt? But one of the beauties of the film was that nobody’s doing that. None of the family is doing it. They’re engaged. They’re engaged, and you know, Bob is trying to make himself work as a dad, and the kids are not going off on him, and nobody’s stuck here.

I really feel like we can all relate to what Craig is saying here. How we need to put our phones down, our electronics down, look at each other, visit, talk, get to know each other away from devices and distractions and interact with each other.

What is it like to hear toys that sound like you and now you’re gonna be on a roller coaster at Disneyland the Incredicoaster?

Holly: Well, that’ll be fun to shoot that. The roller coaster is opening kind of coinciding with the movie. Wow. That’s kinda cool. I haven’t really encountered the dolls, but I have encountered Mr. Incredible. But that’s been since the first movie. Have you seen the Mr. Incredible dolls where you say things?

Craig:   One of my great-grandsons, his whole room is Incredibles. This kid has got a car, it’s like his room, right? You go in, and it’s like a Pixar store. It’s amazing.

You guys have a great chemistry. Were you able to, like, improv or bring anything to the table when you were doing the recording?

Holly:   No. This is the gift of Brad Bird. This is what Brad can do that’s so phenomenal is that he- the chemistry that I think the cast has together, we do have chemistry, but you know, what that is, is it’s- when Brad cast the Incredibles, the original one, he didn’t go down a list of actors and actress who were like the hot names of that moment.

That’s the first time that we met each other was- so that chemistry is inherent in us, you know, in Sarah Vowell who plays Violet, and you know, and Sam Jackson who’s Frozone, with Mr. Incredible, I mean, but that’s Brad putting it together before he ever knew us. His imagination was at work putting the chemistry together.

I really enjoyed this interview.

The Incredibles 2 is another fantastic film from Disney-Pixar. Here is the trailer:

You can also learn more and follow them on: 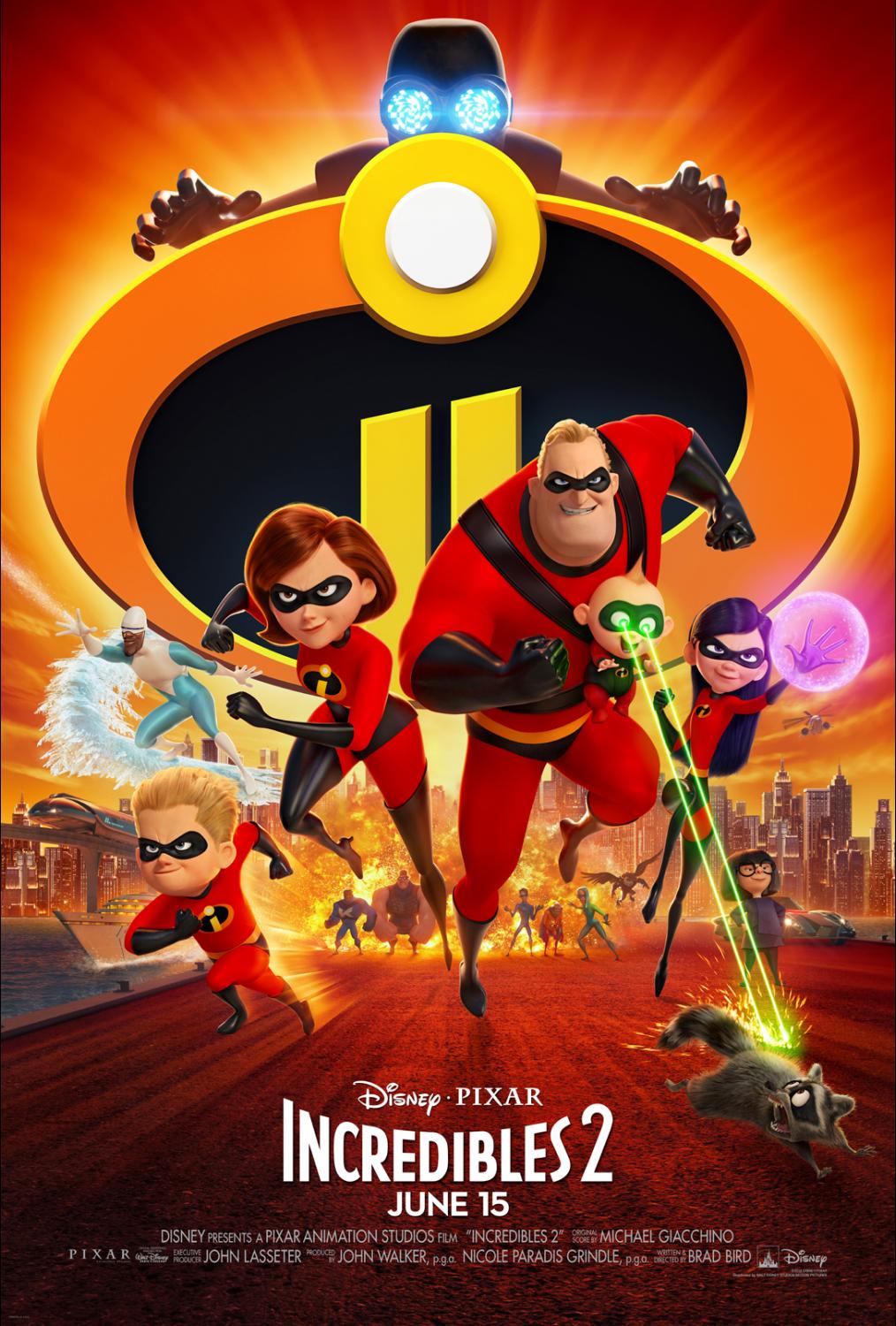 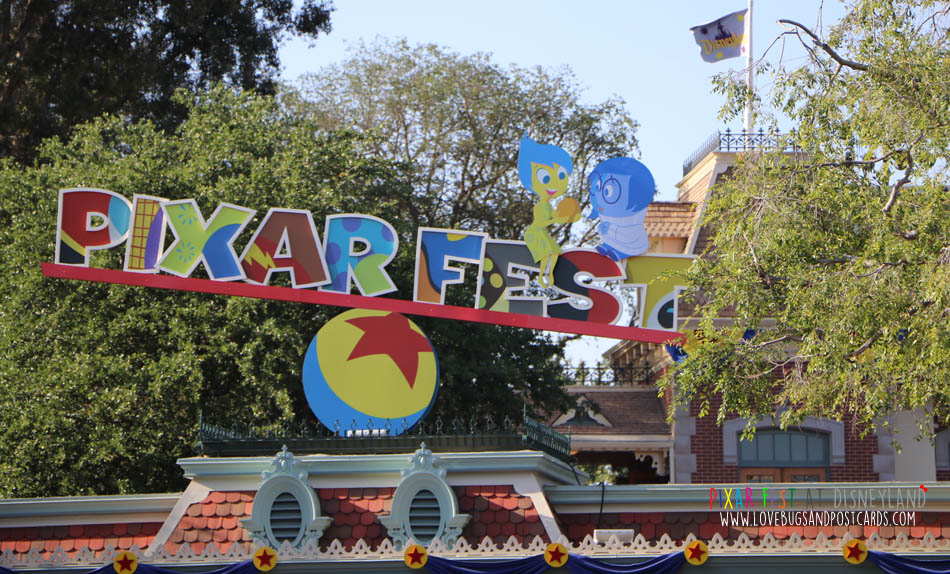 Before you go, check out our Disneyland Pixar Fest experience