You are here: Home / Entertainment / How To Train Your Dragon: The Hidden World review

We were able to see an early screening of How to Train Your Dragon: The Hidden World. All opinions are my own. 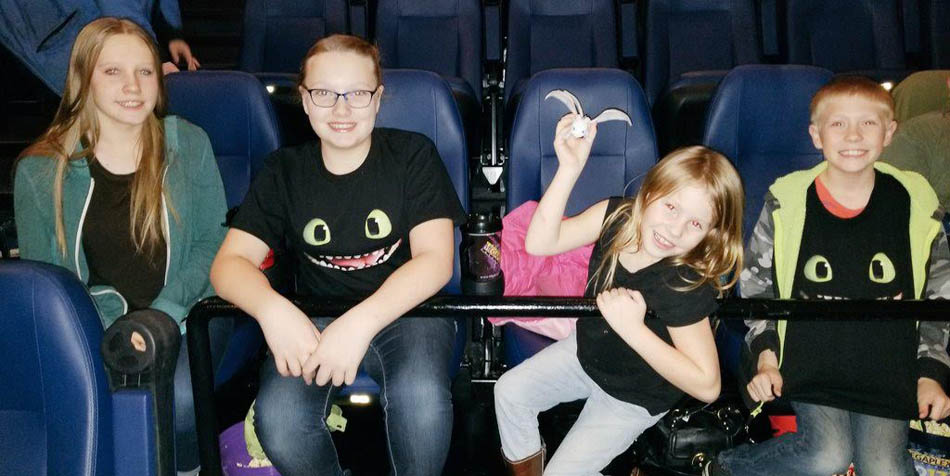 Our Review of How To Train Your Dragon: The Hidden World

The story picks up not too long (1 year about) after the last movie. Hiccup and Astrid have a great dynamic in this movie. So do Hiccup and Toothless. I feel like this really was more like Toothless’s movie. As you can tell from the poster, they find a Light Fury. I don’t want to give too much up, so I am skimming over some basics. The “bad guy” in this is Grimmel (played by Murray Abraham). He does a great job.

Some scenes may be too intense for littles. It talks a couple of times about “killing dragons” but I don’t believe that any of the dragons were killed. Some were shot with tranquilizer darts. Overall, the fighting scenes etc were toned down so I don’t feel like they were very scary, but maybe in a couple of places.

My 14 year old said “I loved it! I loved the detail and storyline of the movie.”

Overall we give the movie a solid 9/10! (I only deduct 1 point because of the use of the word Gods, which I didn’t like) 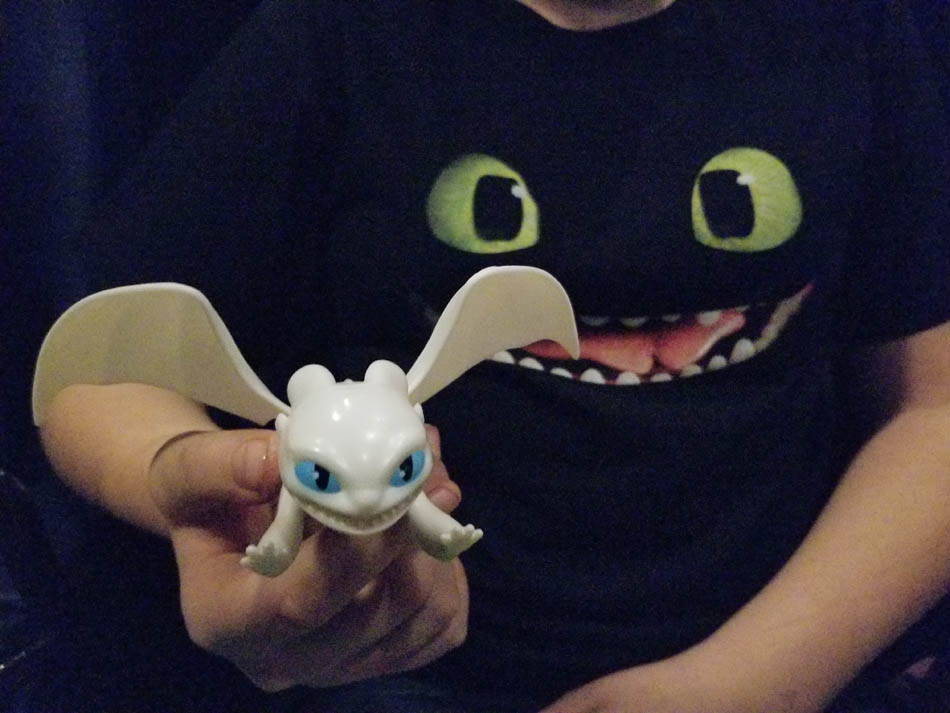 Things you need to know about the movie:

It runs for about 1 hr and 44 minutes AFTER previews (which will probably be another 15 minutes). The movie flows pretty well.  A couple of the scenes with just the dragons were a little drawn out but the kids didn’t mind.

There are fight scenes with dragons breathing fire, dragons who spray green acid and have a scorpion-like tail. There are references to killing and other various scenes of destruction. This is al;

There are scary looking dragons with scorpion tails that spray acid. These could be scary for young viewers.

This movie has mild violence, but if you have seen the first two, it is safe to say that his one is similar. If you haven’t seen the first two – what are you waiting for? – also, I feel like it is ok for kids ages 4+ – younger kids may or may not be able to sit through the movie. I don’t feel like there is anything too scary, or too violent. Of course, you know your child, so if they react ok to the trailers – then I feel like you would be ok to take them. 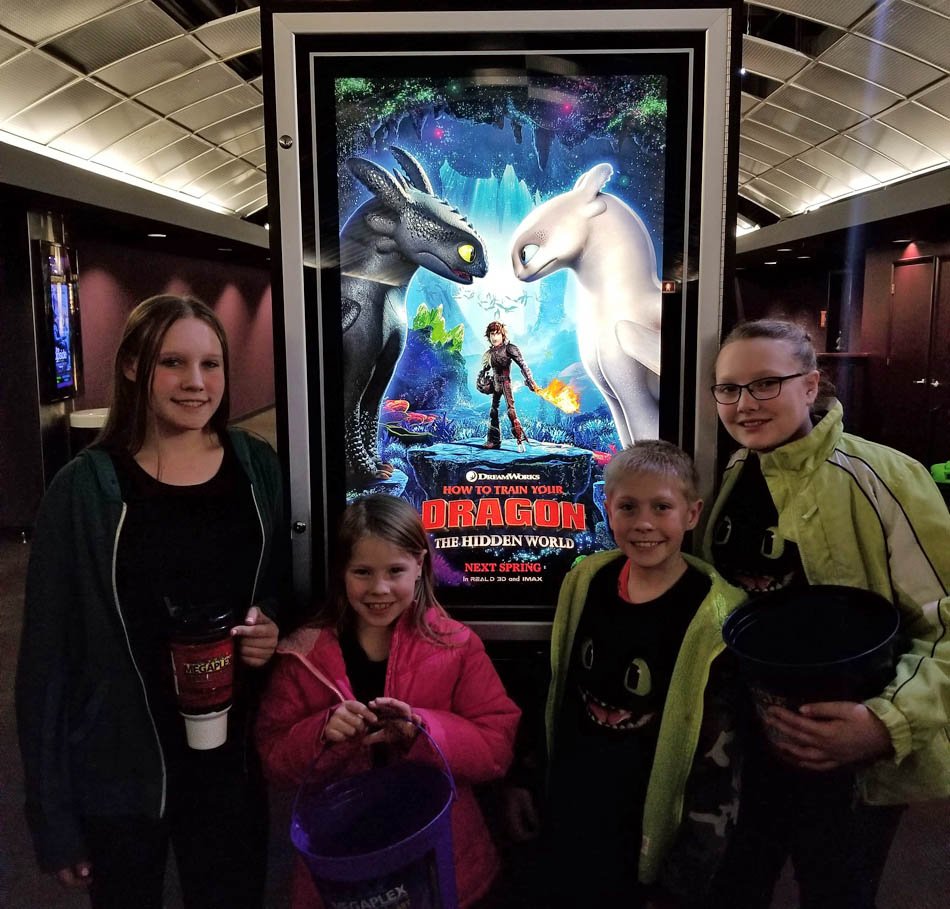 How To Train Your Dragon: The Hidden World

From DreamWorks Animation comes a surprising tale about growing up, finding the courage to face the unknown…and how nothing can ever train you to let go. What began as an unlikely friendship between an adolescent Viking and a fearsome Night Fury dragon has become an epic adventure spanning their lives. Welcome to the most astonishing chapter of one of the most beloved animated franchises in film history: How to Train Your Dragon: The Hidden World.

Now chief and ruler of Berk alongside Astrid, Hiccup has created a gloriously chaotic dragon utopia. When the sudden appearance of female Light Fury coincides with the darkest threat their village has ever faced, Hiccup and Toothless must leave the only home they’ve known and journey to a hidden world thought only to exist in myth. As their true destinies are revealed, dragon and rider will fight together—to the very ends of the Earth—to protect everything they’ve grown to treasure.

How To Train Your Dragon is now playing in theaters!