You are here: Home / Reviews / Hasbro toys to add to your “Santa” List

My kids are still go cute and little that I think that they still need baby toys – lol – but I know that my almost 11 year old would not appreciate a rattle for her birthday or Christmas gift, so I have to be creative and find great toys and gifts for her. As well as my other kids who are growing up quickly and love to get toys that are better suited to their ages. I was so excited when I saw the list of Hasbro toys that just came out because I knew my kids would have so much fun with them. We were lucky enough to get three of the great things on their list and as I expected, my kids have hardly put them down. 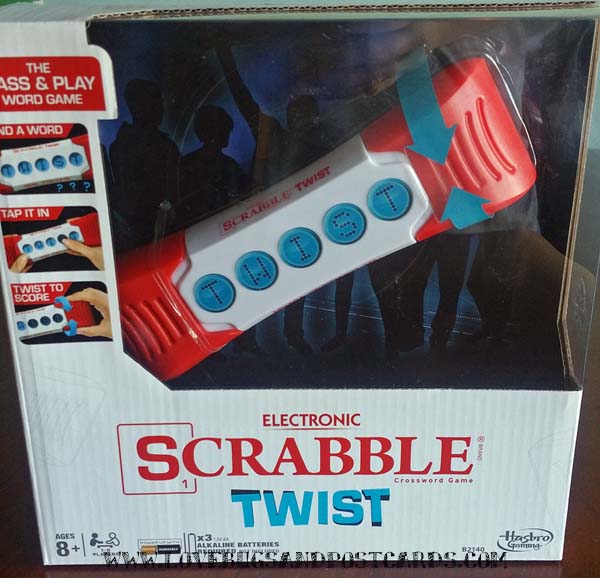 With this Scrabble Twist game, players twist the unit for a wordsmithing win! The object is to find a word, tap it into the game unit, and twist the unit to score. There are 3 fun ways to play this classic word game. Party mode offers a knockout round for 2 to 8 players. In Turbo mode, players face a head-to-head challenge. In Solo mode, the player can practice their skills!
The Pass-and-play Word Game 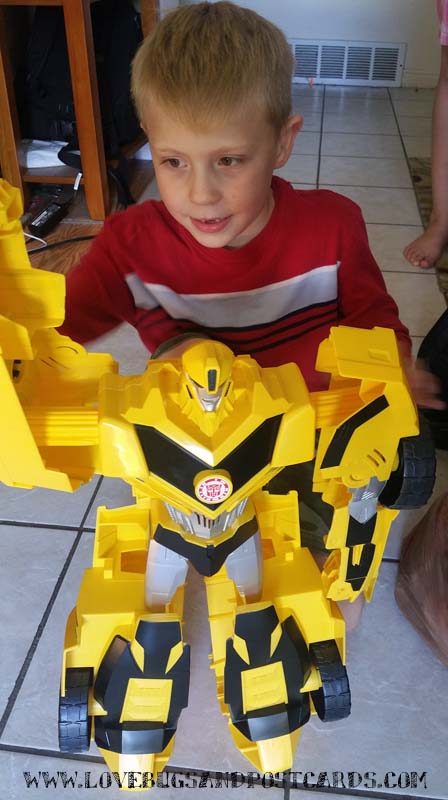 Something! This high-tech Super Bumblebee figure is a fast-moving Autobot with the cunning to outwit and the speed to outmaneuver his Decepticon enemies. His lights flash as he says things like “Time to bring the zoom and lower the boom!” He converts in just 3 steps from fierce robot mode to fast-moving sports car mode, and he’s got the speed and smarts to take on any Decepticon foolish enough to get in his way! 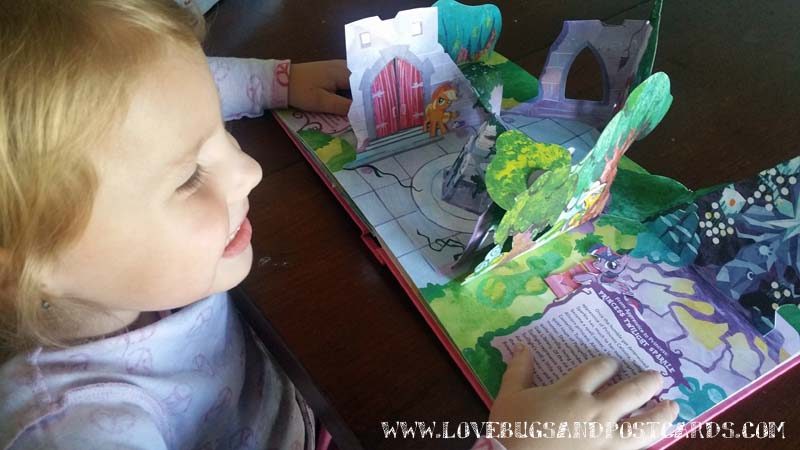 My Little Pony: The Castles of Equestria

A must-have gift for pony fans of all ages! Five pop-up figures inside!

The beautiful castles of Equestria pop to life inside this magical interactive book. Showcasing more wizardry than Star Swirl the Bearded, pop-up master Matthew Reinhart takes My Little Pony fans on a magical time-traveling tour through each palace. See the majestic castle in Canterlot, the shining spire of the Crystal Empire, and the reconstructed ancient Castle of the Two Sisters—where Princesses Celestia and Luna began their rule. Plus, see Twilight Sparkle’s home, the newest castle in Equestria!

Use the five pop-up figures included to explore doorways, gardens, and throne rooms. Spot all your favorite characters from the hit television series throughout this magnificently illustrated feat of pop-up engineering—you never know where somepony might appear!

As you can see these are all amazing toys and my kids have loved them – still love them. These, along with the other great Hasbro toys selections, are definitely ones you want to add to your Christmas shopping list. You can view to full line up of amazing Hasbro toys here.

I am a Hasbro blogger and received these items in order to do this review. This did not affect my opinions and they are 100% my own.

My trip to PIXAR Studios to meet The Good Dinosaur #GoodDinoEvent
Next Post: K’NEX Fun on the Ferris Wheel Building Set Review