You are here: Home / Crafts/DIY / Guardians of the Galaxy Coloring Pages {and activity kit} 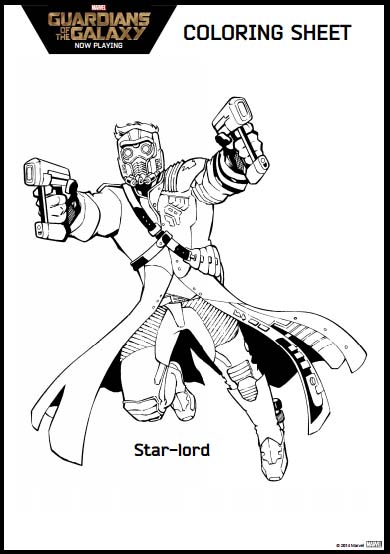 If your kids like to color like mine, then they will love these Guardians of the Galaxy Coloring Pages. I have just a few showing here – there are a lot of really cool ones, plus some games and other crafts. CLICK HERE TO DOWNLOAD THE GUARDIANS OF THE GALAXY COLORING PAGES pdf file.

Marvel’s “Guardians of the Galaxy” finds space adventurer Peter Quill the object of a bounty hunt after stealing an orb coveted by a treacherous villain, but when Quill discovers the power it holds, he must find a way to rally the quartet of ragtag rivals hot on his trail to save the universe.

GUARDIANS OF THE GALAXY is open in theaters everywhere

GIVEAWAY: Enter to win a 6ft The Circle Towel (ends 8/11)
Next Post: Audio Fest at Best Buy lets me rock out with JBL @BestBuy #AudioFest