GOOSEBUMPS 2 is now available to own on digital, DVD and Blu-Ray! Slappy the devious ventriloquist dummy returns to run amuck, in this second installment of the family-friendly franchise based on R.L. Stine’s beloved book series. Standing in Slappy’s way is a terrifyingly talented cast including Wendi McLendon-Covey (The Goldbergs), Madison Iseman (Jumanji: Welcome to the Jungle), Jeremy Ray Taylor (It), Caleel Harris (Castle Rock), and Chris Parnell (Rick and Morty), with Ken Jeong (Crazy Rich Asians).

The GOOSEBUMPS 2 Blu-ray™, DVD and Digital bonus features include a gag reel full of hilarious hijinks, three all-new deleted scenes and five featurettes. Between the chills, thrills and goosebumps, watch the cast get a case of the giggles in the “Gag Reel.” Dive deep in “Thrills & Chills- The Making of Goosebumps 2” with Madison Iseman, along with behind-the-scenes footage and interviews with the cast and crew.

“Meet the Monsters” gives fans a sneak peek of how the scary creatures were brought to life. In “Slappy’s Audition,” watch what happens when Slappy auditions for the role he was born to play. In “Science with Slappy,” enter the Slapatory where Madison, Jeremy and Caleel join Slappy for some electrifying experiments! And get ready to sing along with three hilarious “Slappy-oke” songs.  Who knew dummies could sing?

Also be sure to check out our Goosebumps 2 experiments and treats that we made. 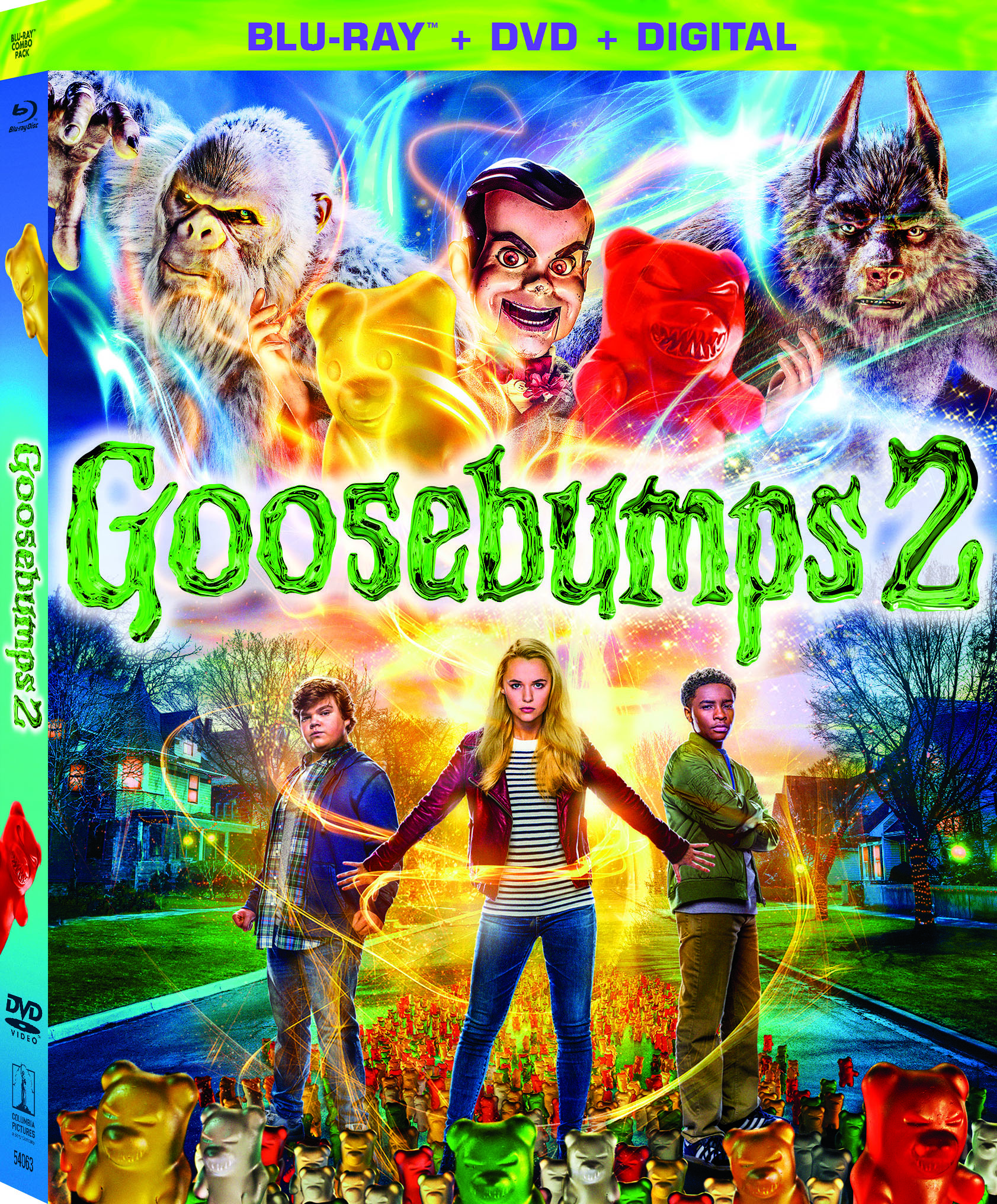 Be careful what you wish for. With their after school junk business, best friends Sonny and Sam hope to find treasure in other people’s trash. But when cleaning out the old Stine house, they open a locked book that frees a supernatural nightmare- Slappy! Now, with the help of Sonny’s sister Sarah, they’re in a race against time to get the sinister dummy and all the creatures he’s brought to life back into the pages before he unleashes total pandemonium!

Based on the beloved Scholastic book series by R.L Stine, GOOSEBUMPS 2 was directed by Academy Award®-winner Ari Sandel (2005, Best Short Film-Live Action, West Bank Story) from a story by Rob Lieber and Darren Lemke and screenplay by Lieber. The film is produced by Deborah Forte and Neal H. Moritz and is executive produced by Timothy M. Bourne and Tania Landau. GOOSEBUMPS 2 is a Columbia Pictures, Scholastic Entertainment Inc./Silvertongue Films, Inc and Original Film production.

GOOSEBUMPS 2 has a run time of approximately 120 minutes and is rated PG for scary creature action and images, some thematic elements, rude humor and language.

To enter, wait for the Rafflecoptor below to load. (if on mobile click on ENTER GIVEAWAY). The giveaway will run from 1/16/19-1/23/19. Open to US only. Must be 18 or older to enter. Good Luck. Prize provided by Sony Pictures.

Spider-Man Far From Home trailer
Next Post: The House of Stone and Ivy by Anita Stansfield