You are here: Home / Entertainment / Explore the Outdoors with PBS Kids 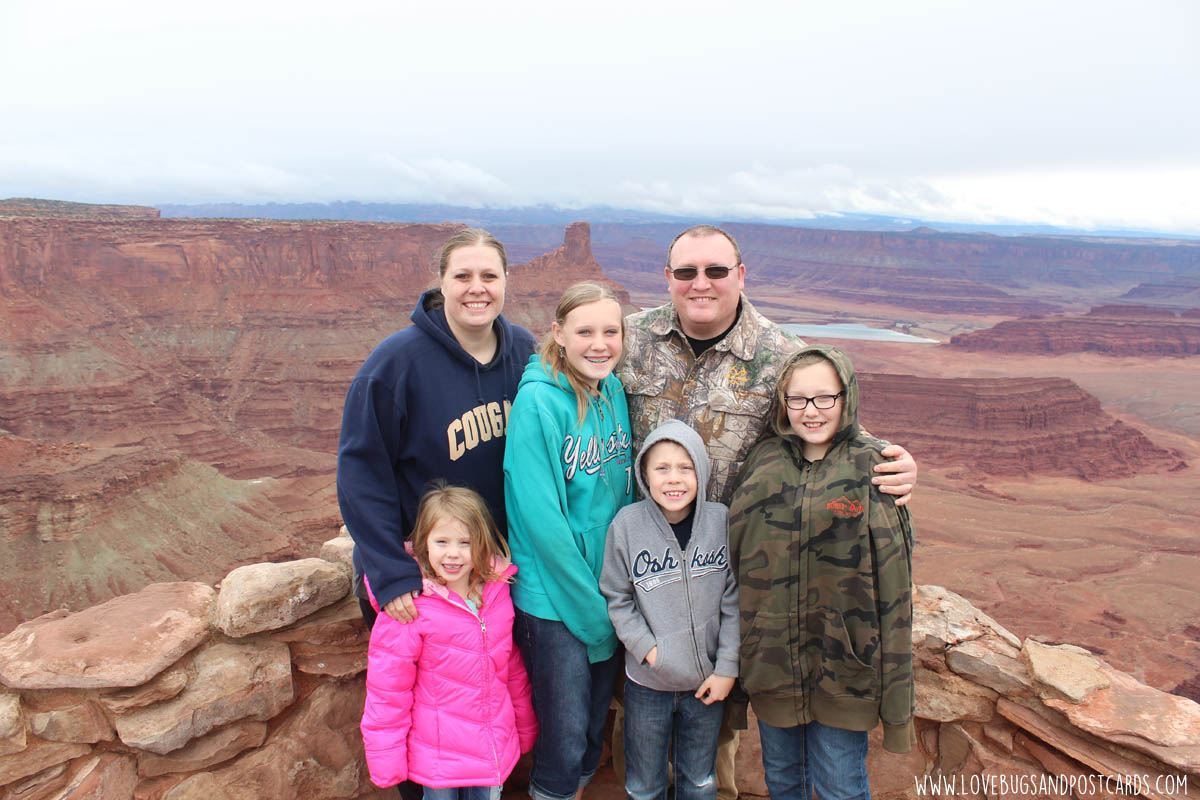 In celebration of Earth Month, PBS KIDS’ annual “Explore the Outdoors” initiative encourages families to discover and connect with the natural wonders that surround them. Fans of PBS KIDS’ SPLASH AND BUBBLES, WILD KRATTS and NATURE CAT will get a chance to see new episodes beginning Monday, April 23, exploring themes such as marine biology and the animal kingdom. New episodes will premiere on PBS stations (check local listings) and be available on pbskids.org, the free PBS KIDS Video App and the PBS KIDS 24/7 channel and live stream.

Kids will be inspired to learn more about the animals and natural world featured on their favorite PBS KIDS shows with new games from NATURE CAT and WILD KRATTS on the free PBS KIDS Games App and on pbskids.org. A new update to Nature Cat’s Great Outdoors App is also available, now offering more than 100 daily nature adventures families can experience together.

Across the country, local PBS member stations will be hosting Earth Month-related events to connect children to the environment through hands-on learning activities. Events will feature everything from local ecology to gardening, camping and exploring the local zoo. Families will also have the opportunity to dive into nature themes and environmental concepts with PBS KIDS “Explore the Outdoors” activities and materials.

“PBS KIDS aims to spark children’s curiosity and inspire off-screen learning. With new episodes of SPLASH AND BUBBLES, WILD KRATTS and NATURE CAT and a variety of games, we hope that kids will want to further explore the natural world,” said Lesli Rotenberg, Senior Vice President and General Manager, Children’s Media and Education, PBS. “Our local stations bring this initiative to life in communities across the country, encouraging kids and families to step outside and discover new things in their own backyards and neighborhoods.” 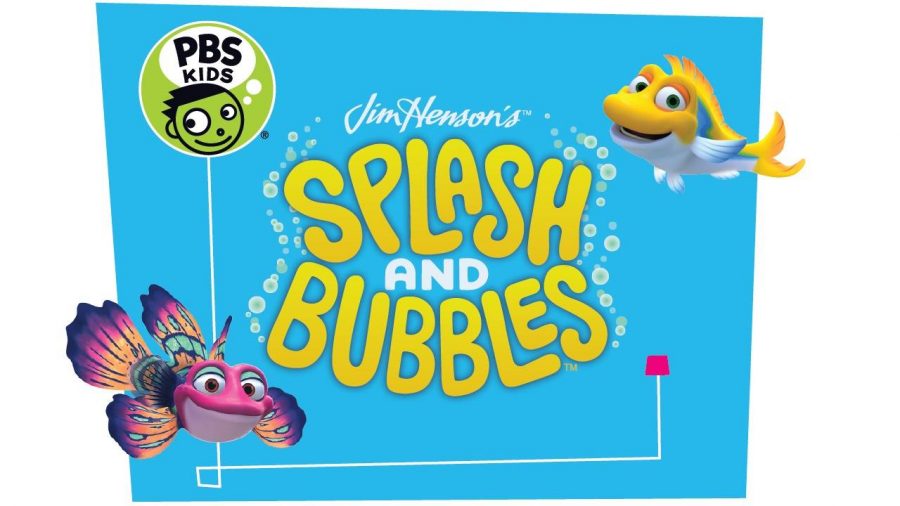 “Seal Sitters” – Splash and Bubbles stop to visit Tidy for the day, but find him exhausted from constantly cleaning up behind the new kelp forest resident, Tyke, a young female Pacific harbor seal pup. Splash and Bubbles try to help Tidy by seal-sitting the young seal pup, and quickly learn how hard it is to keep track of their curious and fearless new mammal friend.

“From Ray to Zee” – Splash and Bubbles realize that Zee is alone on the reef as the only shark, but when they learn that she has a distant relative in Reeftown, Zee is excited to discover who it is.

“The Sea Sparkles/Tyke and Seek”

“The Sea Sparkles” – While camping, Splash and Bubbles admire all of the beautiful sparkles in the sky. The kids soon think that those sparkles may have fallen from the sky into the sea when they see a brand-new light show in Reeftown.

“Tyke and Seek” – Splash, Bubbles, Dunk and Ripple play a big game of hide and seek with Tyke, the Pacific harbor seal in the kelp forest. When they temporarily can’t find Tyke, they are relieved to learn that even though she’s quite independent and curious, she won’t wander far from her home.

“Lights Out” – When Lu’s light goes out, Lu has trouble attracting food and seeing down in the Deep, so the kids decide to show her a world filled with light – the reef. There they realize that Lu’s light didn’t go out, it’s just covered with mud.

“Catching Some ZZZs” – On a sleepover with Zee, Bubbles is fascinated to learn that Zee is nocturnal. Zee can’t help it– she goes out to play and look for food at night! Bubbles is so excited about this new discovery that she tries to stay up with Zee to learn about and explore what it’s like to be nocturnal.

“The Job Search/Reeftown’s Got Talent!”

“Reeftown’s Got Talent!” – To honor his talented Reeftown friends, Splash creates a talent show for everyone to show off their abilities. Splash then laments that he’s got so many talented friends, but he has no talent to show. His friends remind him that his talent is making friends and organizing events like the talent show.

“Let’s Talk Turkey Vulture” – It’s a crisp autumn day and Nature Cat and his pals are raking leaves in their backyard when a large creepy shadow suddenly covers them. Nature Cat looks up to see big bald birds swooping over their heads. What are those things? And what do they want? Ahhhh! The scary birds come down to introduce themselves as Tammy and Tobias. The gang learns that they’re turkey vultures, and despite their intimidating appearance, they come in peace, man!

“Prescription: Nature” – Hal has been inside his doghouse all week trying to build a Squeak-a-saurus Rex, a model Tyrannosaurus (?) Rex built completely of squeak toys. But every time he’s nearly finished, the model breaks apart, leaving Hal frustrated and tired. He’ll never get his Squeak-a-saurus Rex finished!! Dr. Daisy has the remedy. A dose of nature should do the trick! It’s time for Hal to take a break and go outside!

“Enter the Dragonfly” – Nature Cat and his pals are assembled in Ye Olde Kingdom of the Backyard to play… The Knights of Nature! Huzzah! When Ronald sees their shiny Knights of Nature helmets, he’s entranced and wants one of his own. But not so fast, Ronald! Nature Cat explains that in order to wear a helmet, Ronald must become a Knight of Nature by going on a quest, and his quest is to find a dragonfly! Huzzah!

“Water Woes” – Whaaaat?!  Daisy’s whole garden isn’t looking so good. The plants are all droopy and way smaller than last year. Daisy explains that the reason is that they are in a drought, which means it hasn’t rained in a while. And since it hasn’t rained, her rain barrel, which she uses to water her plants, is totally empty. Even other woodland creatures are thirsty and looking for water due to the drought. Man oh man! Nature Cat and the gang have to do something to help, but they can’t make it rain! What they can do is learn to conserve water! Hooray!

“Garden Impossible/Agents of the Great Outdoors”

“Garden Impossible” – It’s a beautiful spring day when Daisy gets an urgent video chat from her best gardening pal, Petunia, who has moved to the city. Petunia has gotten herself into a quite a pickle. The Urban Gardening Club is coming to consider her for club membership in a month. Only trouble is, she doesn’t have a garden, and she doesn’t know how to grow one in the city. If she can’t become a member of the Urban Gardening Club, she doesn’t know what she’ll do. Not to worry! No garden is impossible for Daisy and her pals! Time to build a city garden! Tally ho! 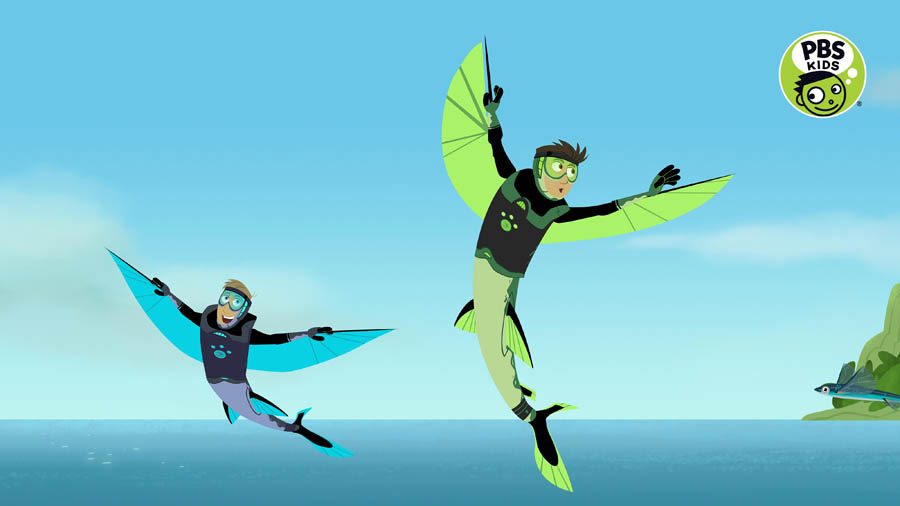 While doing an overhaul of the Creature Power Suits over Germany, Aviva loses the all-important MicroXT Power Chips that power the suits. The gang must try to find the lost chips, spread out somewhere across a huge field.

While creature adventuring on the sand dunes, Martin and Chris discover a band of Wild Ponies. An excited Aviva and Koki rush over to meet their “favorite creature,” but before they can get acquainted, a rogue wave hits the shore, separating a young foal from his mother. It’s up to Martin and Chris to rescue the foal and reunite him with his mother. Science Concept: Social organization.

While in India, the Wild Kratts try to figure out if a sloth bear is a bear or a sloth? They soon discover some unique creature powers of this animal, including special features that enable it to harness the power of suction to acquire food. Science Concept: Physics − suction.

PBS KIDS is celebrating Earth Month this year with brand new episodes of favorites Nature Cat, Splash and Bubbles and Wild Kratts, along with new games on the PBS KIDS Games App and pbskids.org, crafts and outdoor activities on PBS Parents and even lesson plans for teachers.

Additionally, look out for related events hosted by PBS member stations in your own community! Throughout the month, local stations will be hosting free events with hands-on learning activities featuring everything from local ecology to gardening, camping and exploring the local zoo.