You are here: Home / Entertainment / Movie Reviews / Dora and Friends DVD out today!

My kids have loved Dora since forever. My oldest who is now 10, used to watch her when she was little. We have had themed parties, decorations, toys, and much more centered around her, but as my kids got older they went onto other things. Recently, Nickelodeon came out with Dora and Friends which is a show about Dora when she is older, and my 8 and 10 year old girls just LOVE it! It is fun and entertaining but “mature enough” that they are interested. All four of my kids love it!

Created by Nickelodeon and distributed by Paramount Home Media Distribution, Dora and Friends arrives on DVD today (2/10/15). Get your copy of Dora & Friends here. 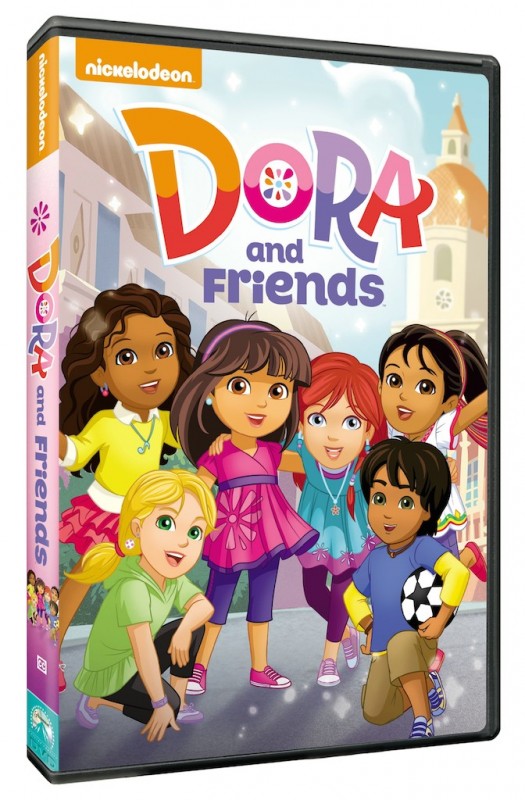 Dora and Friends features the iconic character Dora living in a city, attending school and at the center of a peer group that works together to give back to the community–having both real-life and magical adventures along the way.  The Dora and Friends DVD collection takes viewers on four music-filled adventures with Dora and her new group of friends – Kate, Naiya, Emma, Alana and Pablo – who share her passion for learning and exploring.  The series features an interactive curriculum focusing on community service, problem solving, emotional skills, Spanish language and Latino culture.

About Dora and Friends: Into the City!:
Set in the fictional city of Playa Verde, Dora and her friends go on adventures, whether it’s rescuing a lost stuffed monkey for a little boy in the hospital or returning a ring to an ancient Mayan Princess.  Throughout her journeys, Dora uses Map App on her smartphone and a magical charm bracelet to navigate the city and overcome any obstacle.

We received a copy in order to do this review. This did not affect our opinions and they are 100% our own. We only recommend products or services that we believe will be beneficial to our readers.