My family and I got the opportunity to get a pre-screen copy of Dolphin Tale 2 and a copy of Dolphin Tale. I had never seen either movie – so we were excited to watch them together. Both movies were amazing and heart-warming – but Dolphin Tale 2 is just as good as the first. My kids fell in love with Winter and I could tell that the movie really touched them. We have always been tender towards animals – so my kids have a soft spot for them – and this movie just spoke straight to their hearts. They like to go on the website and learn more about Winter and learn more about ways they can help animals in need.

If you haven’t seen it yet, here is the trailer:

My kids love both of these movies – but Dolphin Tale 2 really made an impact on them. They were excited for these fun dolphin crafts from the movie. You can make your own Dolphin Garland, do mazes, puzzles and more. Just click on the images below for a larger image that you can save or print. 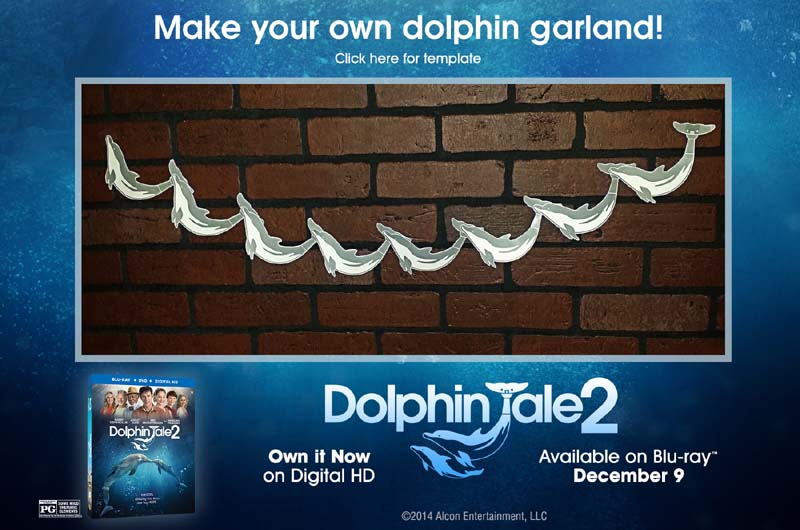 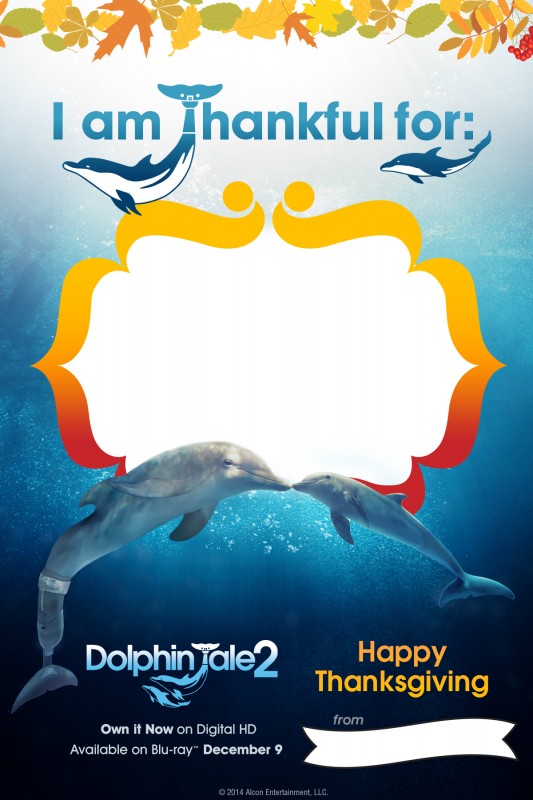 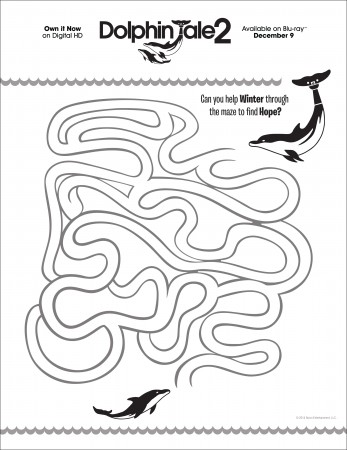 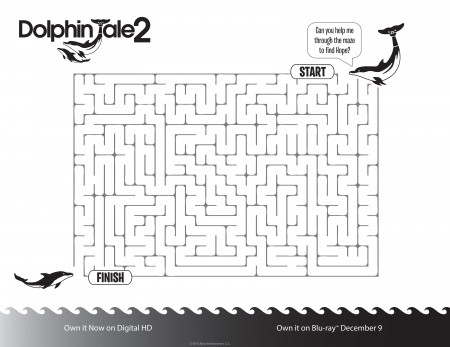 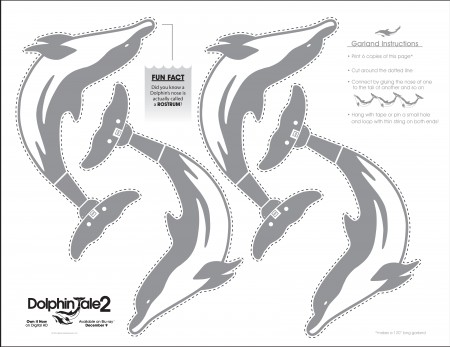 Warner Bros. Pictures and Alcon Entertainment’s “Dolphin Tale 2” continues the story of the brave dolphin Winter, whose miraculous rescue and recovery—thanks to a groundbreaking prosthetic tail—made her a symbol of hope and perseverance to people around the world and inspired the 2011 family hit movie “Dolphin Tale.”

It has been several years since young Sawyer Nelson (Gamble) and the dedicated team at the Clearwater Marine Hospital, headed by Dr. Clay Haskett (Connick, Jr.), rescued Winter. With the help of Dr. Cameron McCarthy (Freeman), who developed a unique prosthetic tail for the injured dolphin, they were able to save her life.

Yet their fight is not over. Winter’s surrogate mother, the very elderly dolphin Panama, has passed away, leaving Winter without the only poolmate she has ever known. However, the loss of Panama may have even greater repercussions for Winter, who, according to USDA regulations, cannot be housed alone, as dolphins’ social behavior requires them to be paired with other dolphins. Time is running out to find a companion for her before the team at Clearwater loses their beloved Winter to another aquarium.

Reprising their roles, Kristofferson plays Clay’s father, Reed; Zuehlsdorff is Clay’s teenage daughter, Hazel; Judd returns as Sawyer’s mom, Lorraine; and Stowell plays Sawyer’s cousin, Kyle. Champion surfer Bethany Hamilton, who herself has been an example of courage, appears as herself in the film.

Oscar® nominees Andrew A. Kosove and Broderick Johnson (“The Blind Side”) are producing the film together with Alcon President of Worldwide Marketing, Richard Ingber, who brought the first project to the Company.

Inspired by true events, “Dolphin Tale 2” is being filmed at the Clearwater Marine Aquarium, the non-profit rescue and rehabilitation facility that Winter calls home.

Own it now on Digital HD Or Blu-rayTM, “Dolphin Tale 2” will be distributed by Warner Bros. Pictures, a Warner Bros. Entertainment company.

You can learn more about Dolphin Tale 2 and Winter on:

Be sure to enter a fun sweepstakes they are hosting to win a vacation to St. Pete/Clearwater, Florida!
Enter at https://dolphintale2sweeps.com for your chance to win a trip to Winter’s home.

We received product in order to do this review. This did not affect our opinions and they are 100% our own. We only recommend products and services that we believe will be beneficial to our readers.