You are here: Home / Entertainment / Interviews / Diving into a behind-the-scenes look at Disney’s Moana #MoanaBluRay

I just got back from an amazing trip to LA where we had the opportunity to get an in-depth look at the bonus features as well as being immersed a little into the beautiful Polynesian culture. Before I even left on my trip my kids (specifically my 5-year-old daughter) had watched Moana about 15 times over 4 days and we had watched some of the bonus features that are on the Blu-ray combo pack and I was laughing, entertained and having fun with my kids. I wasn’t able to get through all of them and on my trip and we got to view even more of the bonus features, and I can honestly say some of them brought me to tears because they were so beautiful and heartfelt about the Polynesian culture and the people that helped make the film. Be sure to take the time to watch ALL of them when you get your copy, or if you already have – do it now! 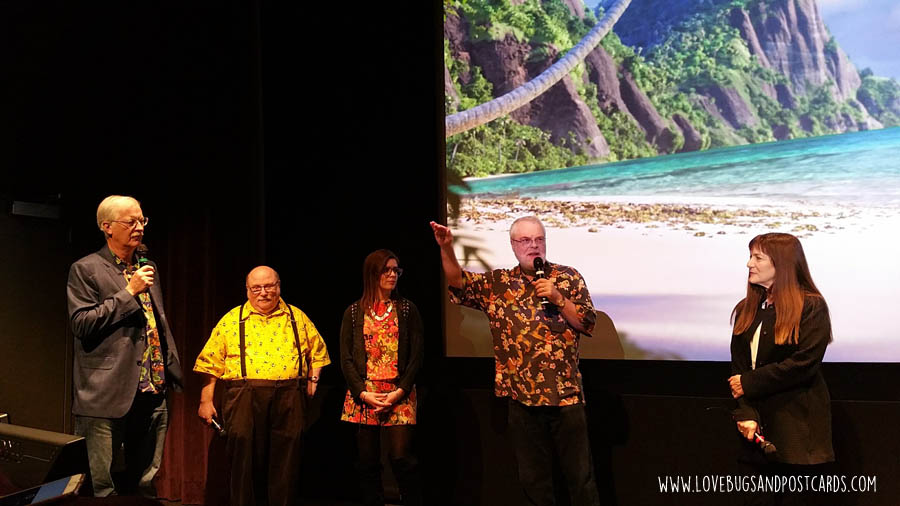 During the event, we had a spectacular time. There were amazing dancers, music, food and to top it all off we got to meet and talk to Directors Ron Clements & John Musker, Producer Osnat Shurer, Costume Designer Neysa Bove and “Mini Maui” 2D Animation Supervisor Eric Goldberg. I was able to chat with Eric for a few minutes before the presentation started and found out that he did the animation of the Genie in Alladin (and he also worked with Ron Clements and John Musker on that movie as well)! He was telling me stories about Robin Williams and I loved hearing every minute of it.

When the presentation started, Polynesian dancers came out and Tiana Liufau played the music (she is also the choreographer). This was incredible!

We learned about the elements of “Mini Maui” with 2D Animation Supervisor, Eric Goldberg.

Eric told us “I have a long history of working with Ron and John on many films.  My first film at Disney was Aladdin.  And kind of a great gig to kind of land on your feet and get the genie as your first character.  And I loved working with the two of them.  In Moana, the animated tattoo character we came to know as mini-Maui, presented us with the opportunity to combine 2-D and CG animation in a way that had never been done before.” We were able to watch a featurette called the ‘Elements Of Mini Maui’. Eric finished by telling us that this featurette “explores what went into bringing Maui’s moving tattoo, his conscious as John says, his Jiminy Cricket, what we went through to bring him to life.  Enjoy.!” This is a really cool featurette and you need to watch it.

We learned about Island Fashion with Costume Designer Neysa Bove. She has incredible vision and did such a great job of designing the costumes and learning how they are made and what was important, etc. The artist is a fan of the title character. “She’s vivacious, tenacious and she’s not afraid to go out of her comfort zone to pursue adventure,” says Bové. 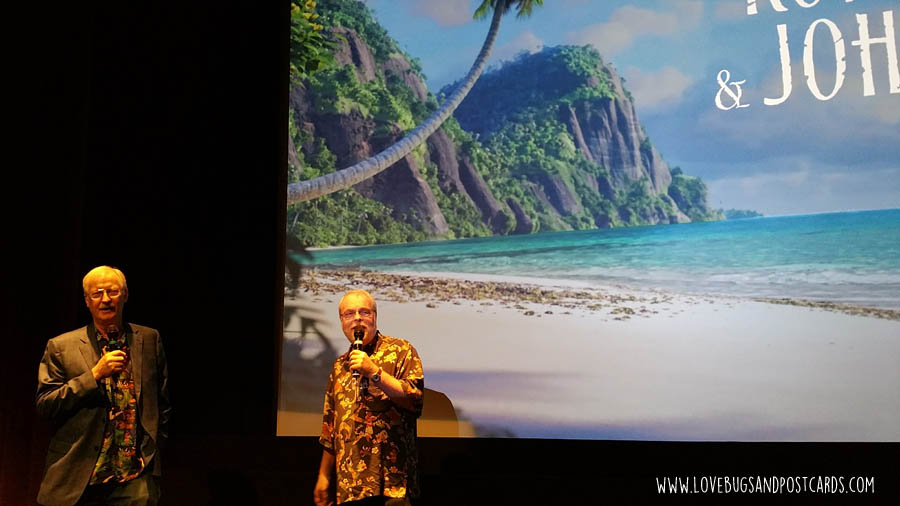 Ron was talking about the bonus features on Moana and told us that “the demos on this movie were incredible, ‘cause a lot of it was the cast of Hamilton singing the temp versions of the songs before they were the real recording. So, that was something.” So if you love the cast of Hamilton, you are especially going to love listening to the demos and bonus features, deleted scenes, etc. Osnat told us that they “did do eight different versions of this movie…so there were a lot of fabulous deleted scenes.”

It was asked what was one thing that you saw from the culture that’s still living within that region that you wish that we over here sort of would embrace? John answered with “the idea of knowing your mountain is a cool thing, which basically has to do with looking to the past and to the future. That you, you’re the soul of everything. Sometimes in our culture, it’s all just about what’s here now, or what’s coming. But they had a real respect for their ancestors in the past. I think we could take a cue from that in terms of moving forward. That’s one of the things I really liked.”

Ron added “One thing there’s a big emphasis on connection and interconnectedness. They’re again connecting to the people around you, the people that were before you, and the people who will come after you. And connecting to nature and that sort of sense I think that people on an island have very strongly this kind of, we’re all in this together, sort of attitude.” John finishes with “the lesson we saw down there was an emphasis on the ocean doesn’t divide people, it connects people. And I think that’s what this film did really in a way that celebrates a culture, we’re trying to get a window to a culture that we don’t know about. I think that kind of connection and feeling that we can learn things from another culture is valuable.”

Here are some photos of the Luau 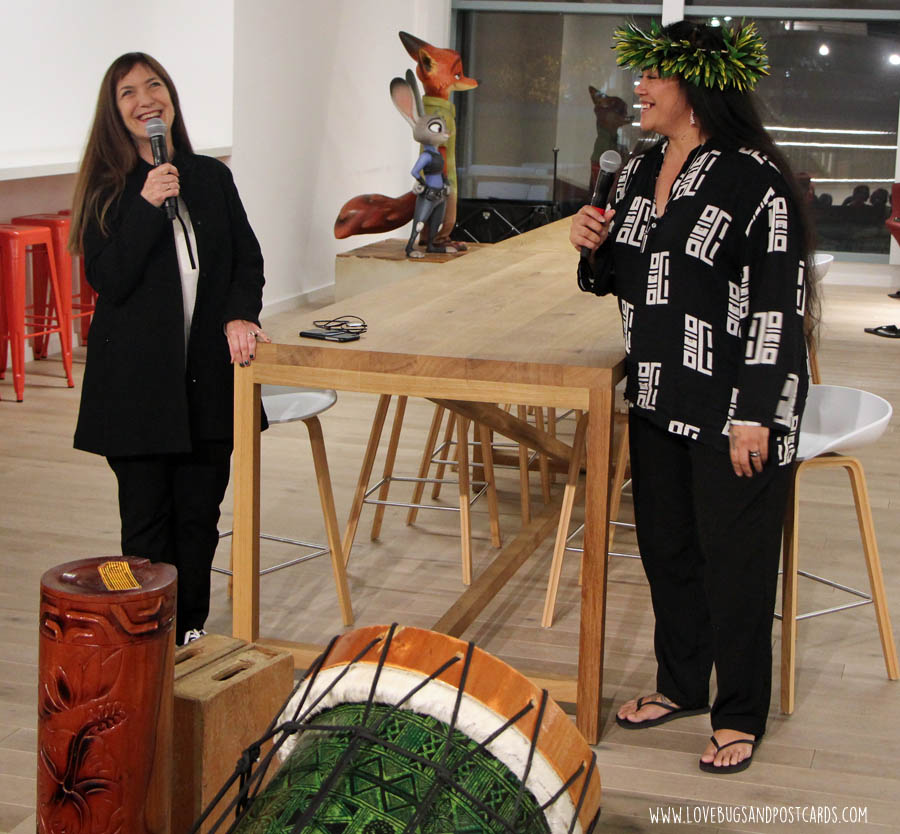 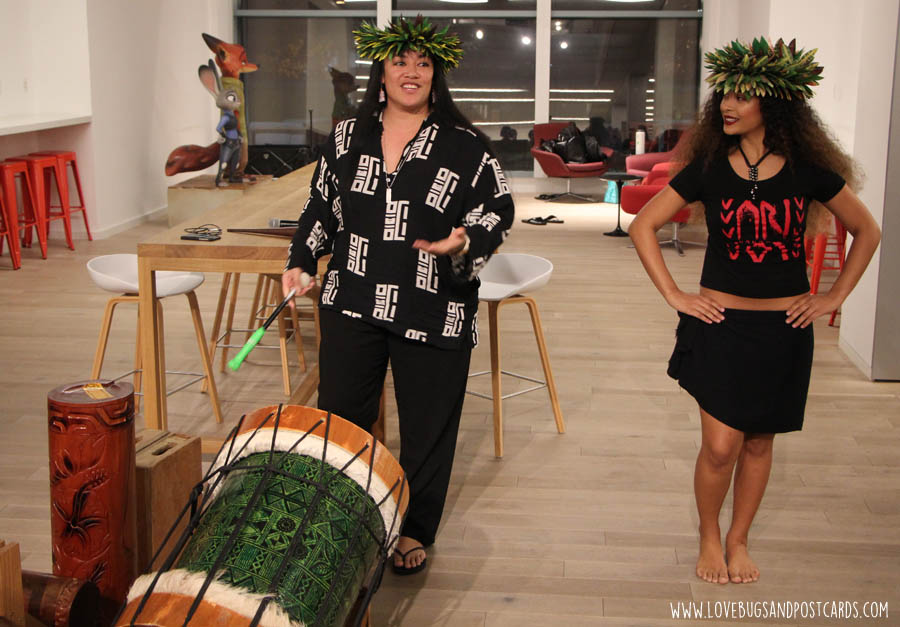 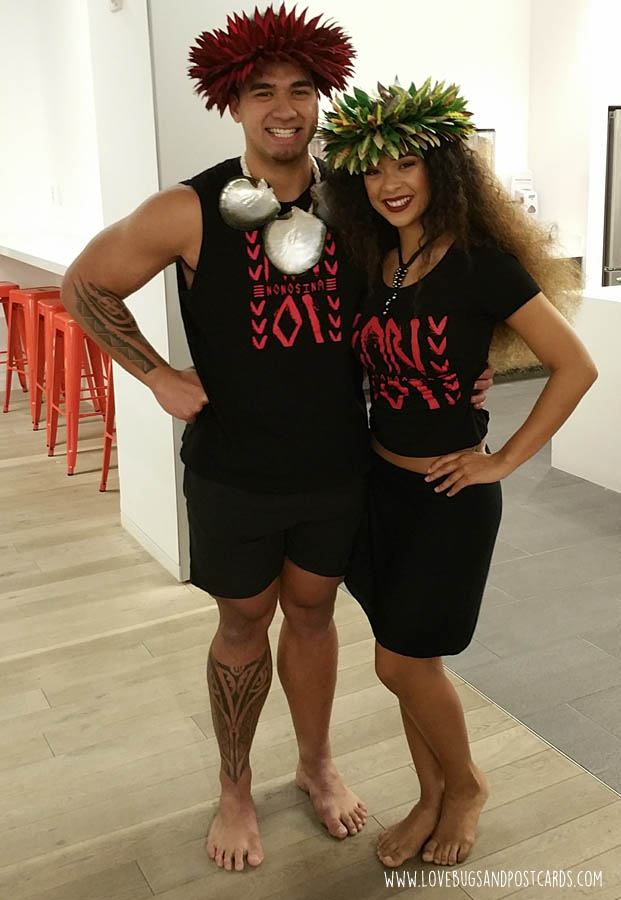 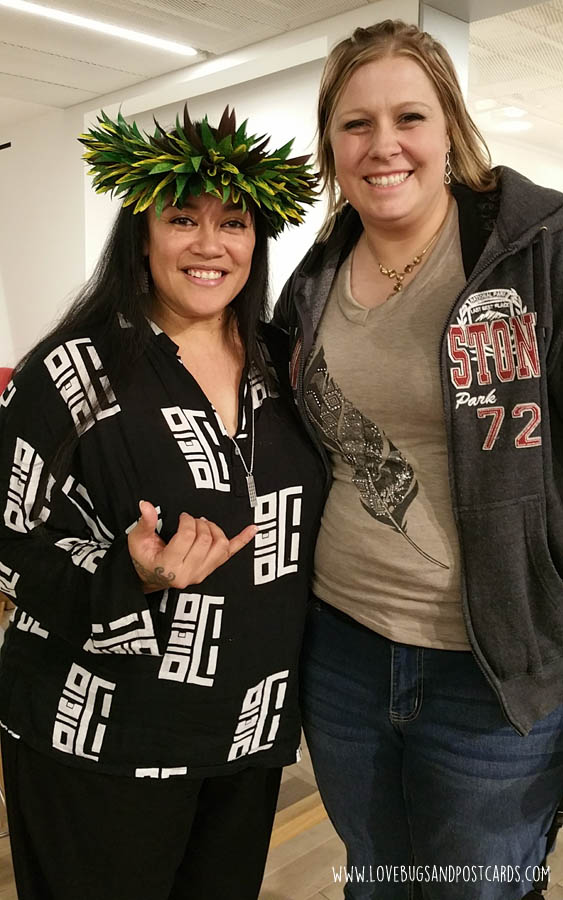 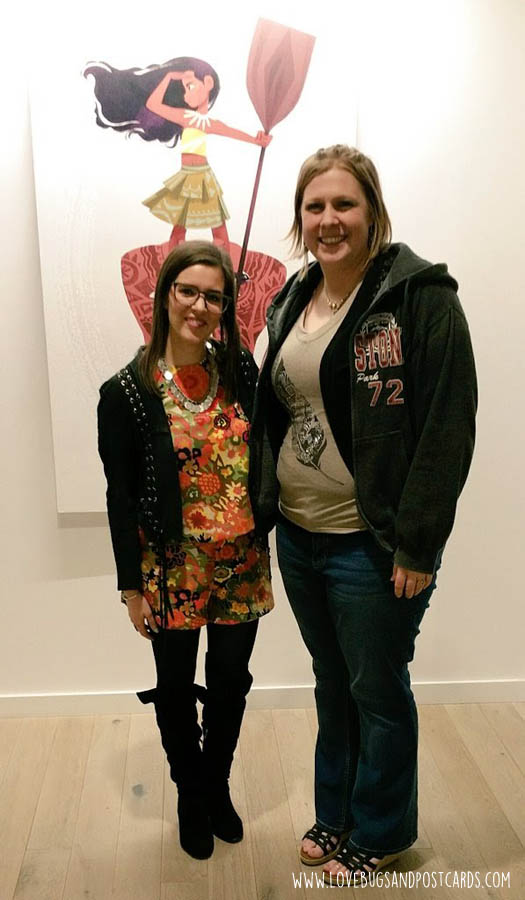 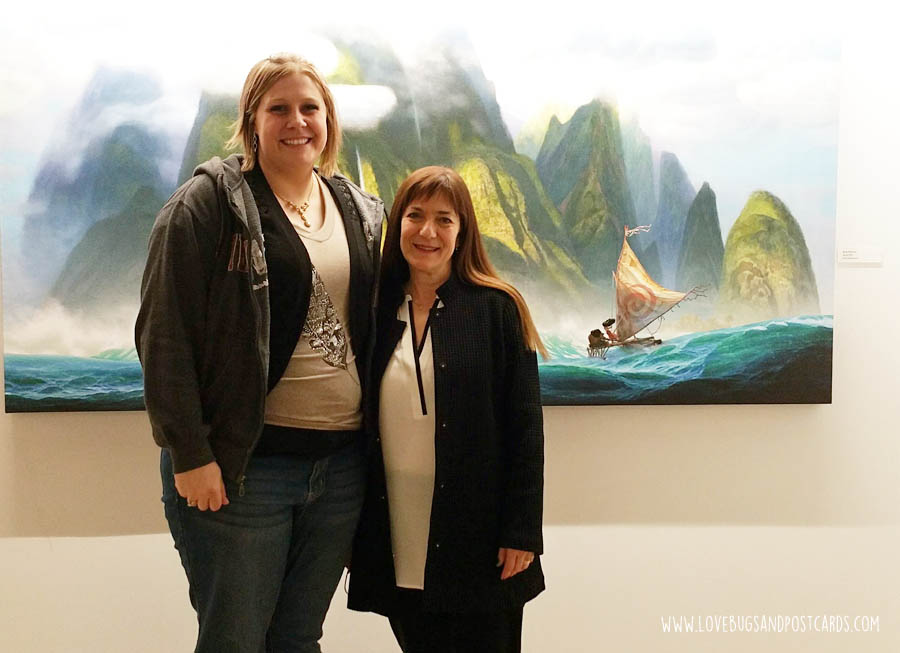 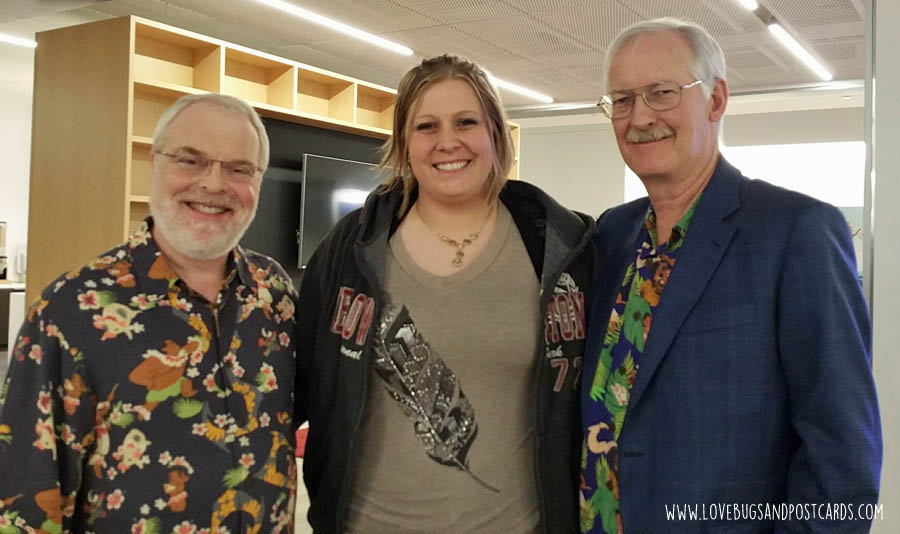 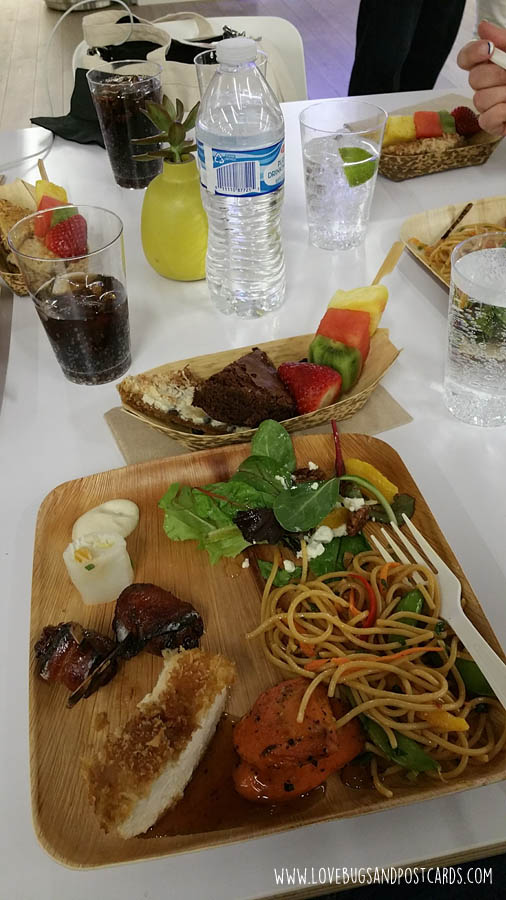 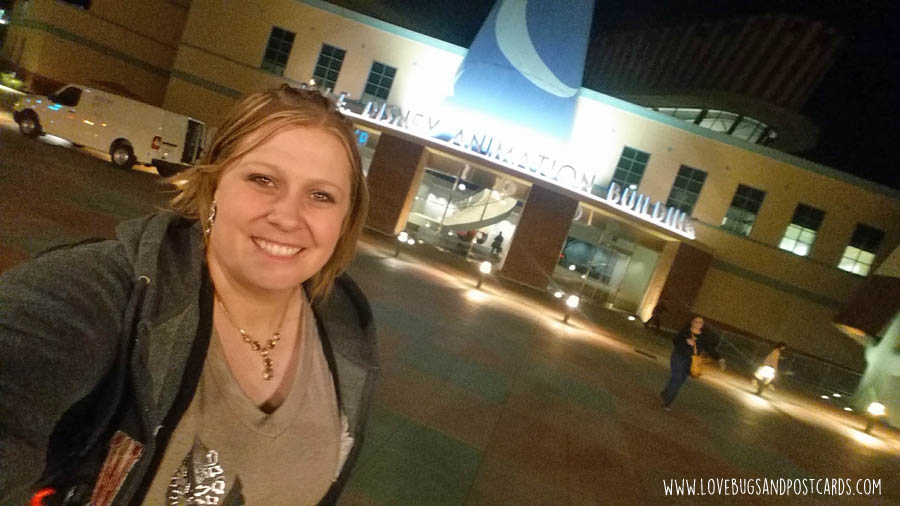 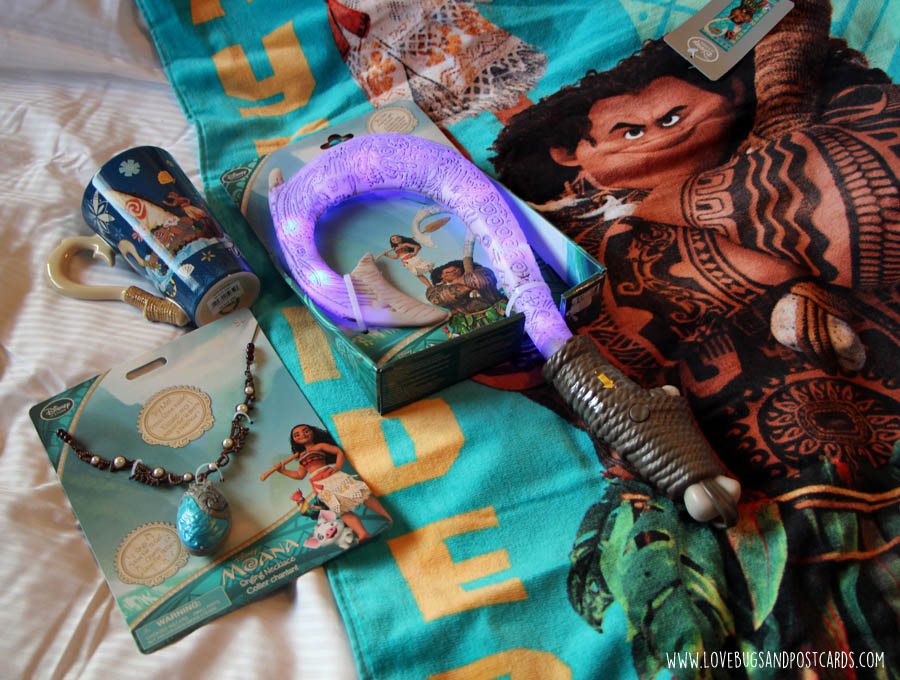 We also got a demonstration of this later and learned more behind the art of the dance.

Here is the video that we shared:

Follow along over the next few weeks as I share the rest of the fun adventures from my #BeOurGuestEvent trip to LA.