My trip to LA was sponsored by Disney. All opinions are my own.

This week has been so fun sharing all of my interviews with you from my trip last week (see below for the links). Today I am sharing my review of Beauty and the Beast. One of the most anticipated and talked about movies comes out today. Disney’s original animated version of Beauty and the Beast that came out in 1991 was iconic. I was only 10 when it came out and I grew up with that movie. I bought the DVD when it came out many years ago, and I watch it with my kids all the time because we love the story and the music. I literally cried when I watched the new live-action Beauty and the Beast for the first time. It took everything I love about the animated version and make it better, deeper and more magical. The cast is absolutely perfect. This movie has stolen my heart all over again. This is the version that my kids will grow up with even though we have watched the animated one dozens of times over the years.

You may be wondering about a couple of things so I am going to address those: is it too scary for young kids? and what about the gay character?

First off, is it too scary for kids? There are some intense scenes in the movie. The sequences with the wolves had my 5-year-old clinging to my arm even though she knew what was going to happen. There are two of these scenes (one with Maurice and one with Belle and the Beast). The fight scene at the end with Gaston and the Beast is a little intense. Gaston shoots the Beast multiple times, and they are hitting each other – but nothing graphic or overly violent (similar to the animated version). You may want to talk to younger kids ahead of time and let them know it is not real.

Second, what about the gay character? I have had many questions about this over the last two weeks, but here is what I have said. There are three places that you will notice any insinuations. The first one is during the Gaston song (Le Fou puts his arms around Gaston and then asks ‘is this too much; and then Le Fou shows a bite mark from Gaston on his belly), the second is when Garderobe dresses the three bad guys up as women (just like in the animated version) but one of them smiles and walks off while the other two scream and walk away, and the third place is at the very end you will see Le Fou and the guy, who was dressed up like a woman and smiled, dancing together for about 2 seconds. That is it. I am sure your kids will notice, and this will either lead to a discussion about what was going on, or your kids will already know.

We have been sharing our awesome interviews with the talent from the movie this week and you can read them here: 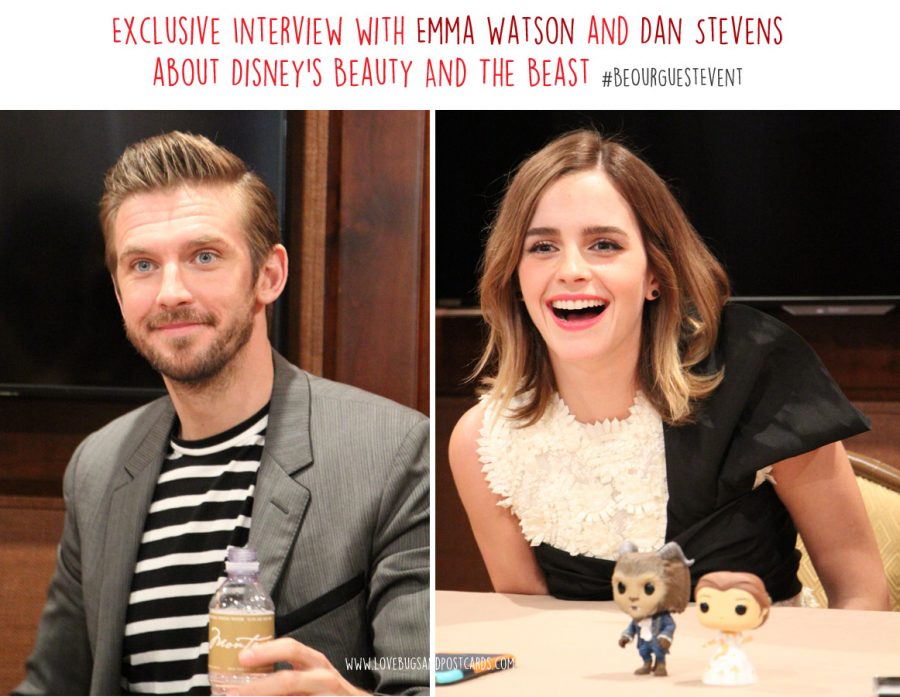 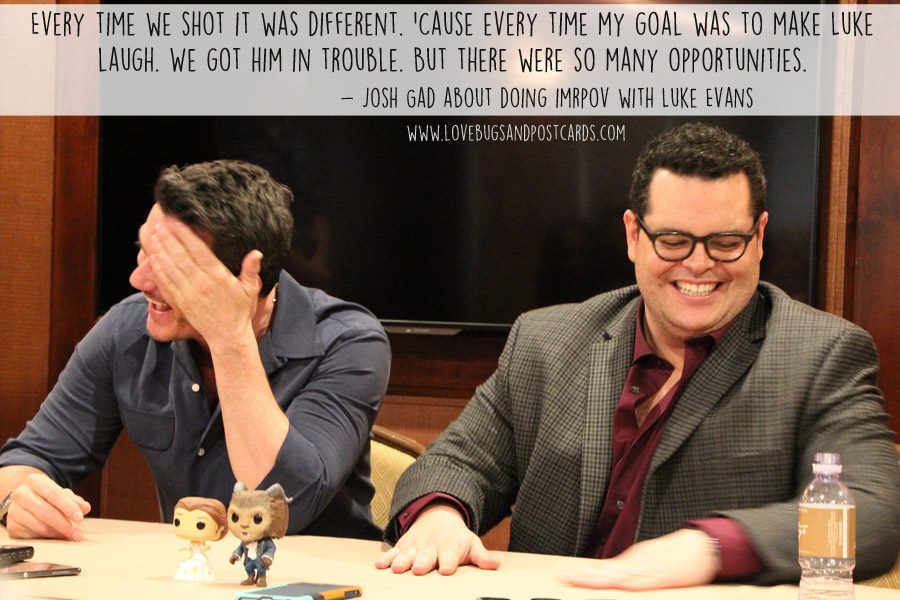 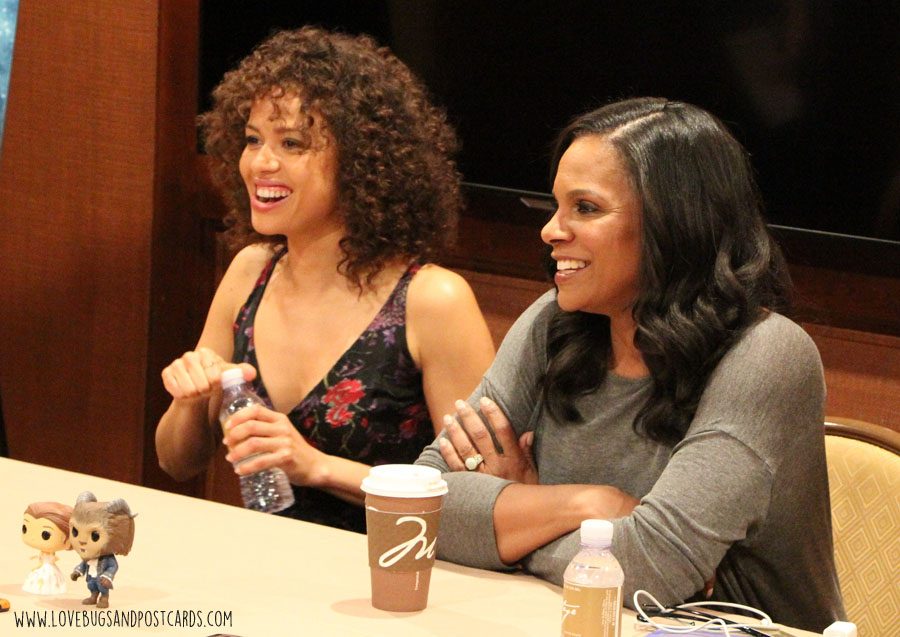 You will LOVE this movie if you loved the original. There is so much of that story in this one, but they have taken that story and added extra elements and levels of understanding and back story that make it so much better. Go see it – or if you have, I would love to know your thoughts and what you liked or didn’t like. Leave a comment below. 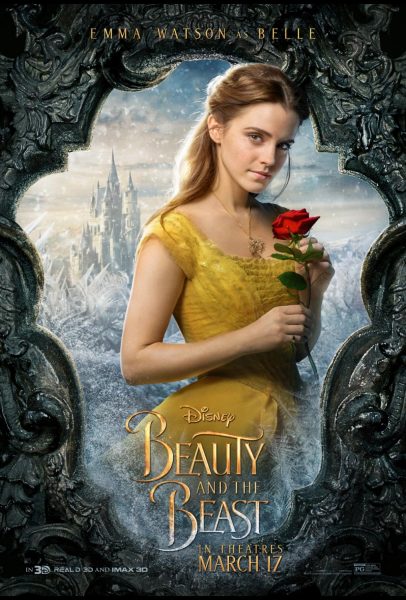 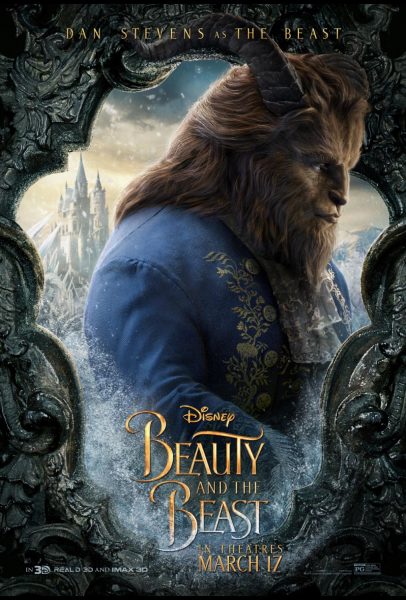 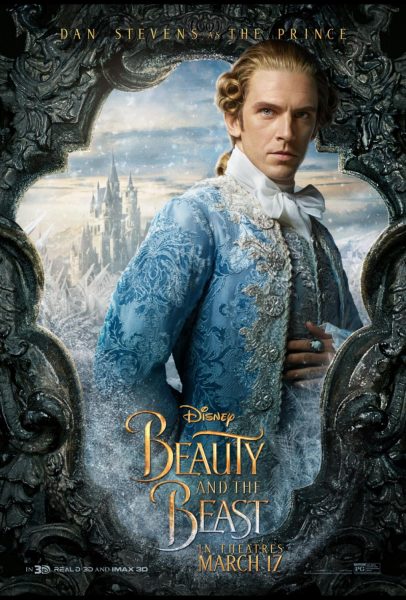 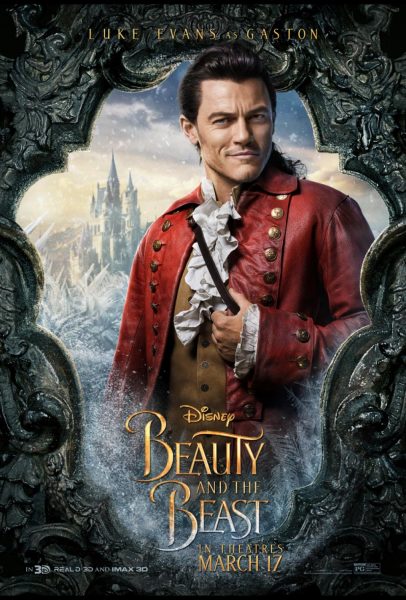 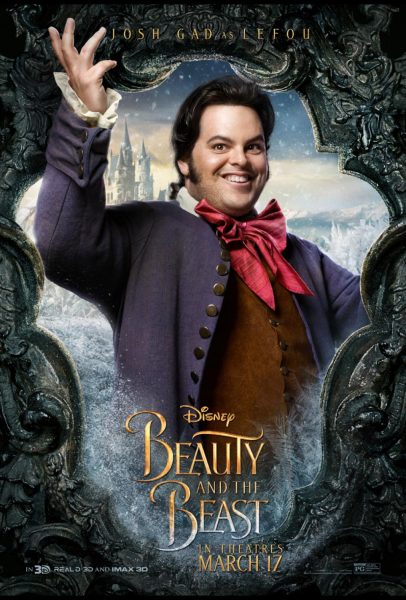 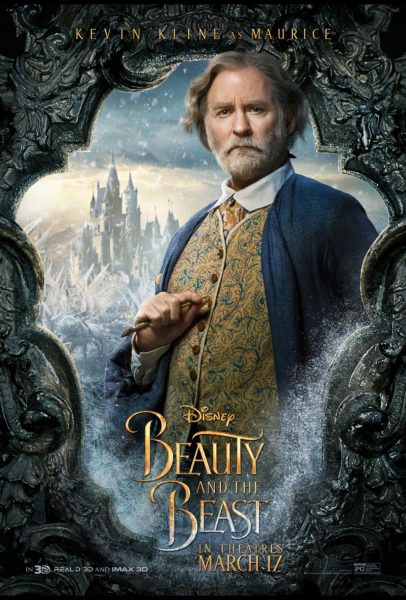 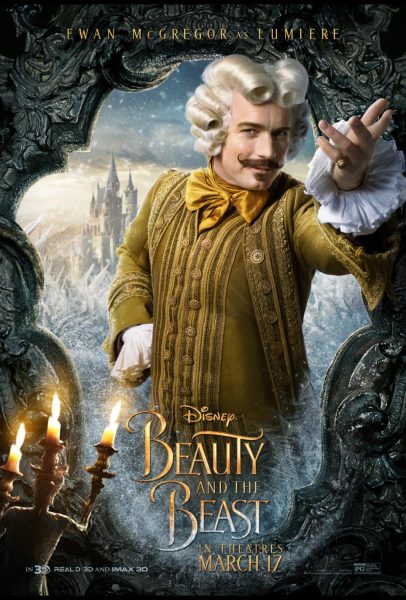 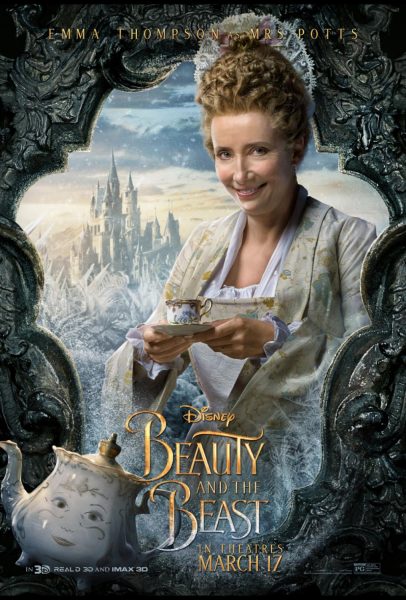 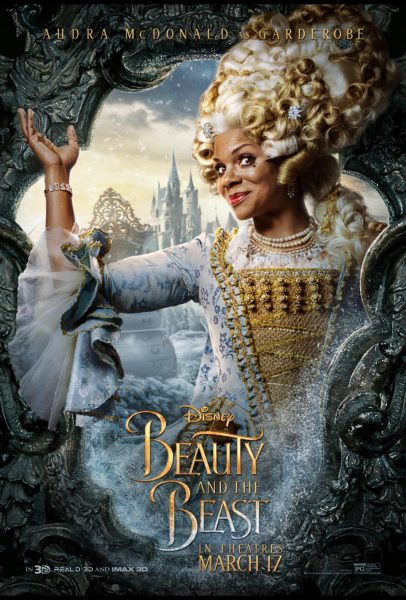 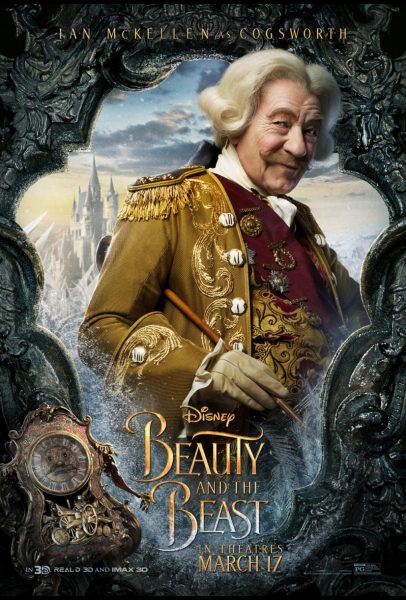 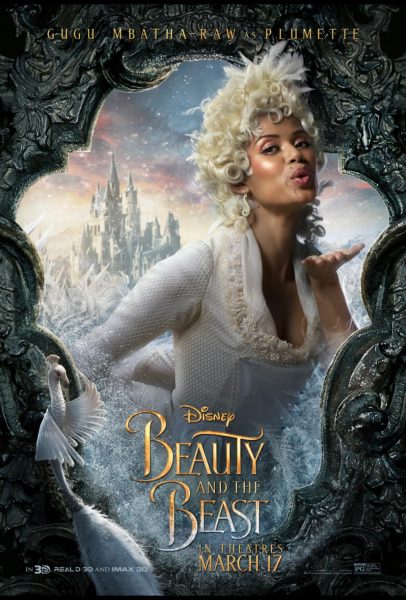 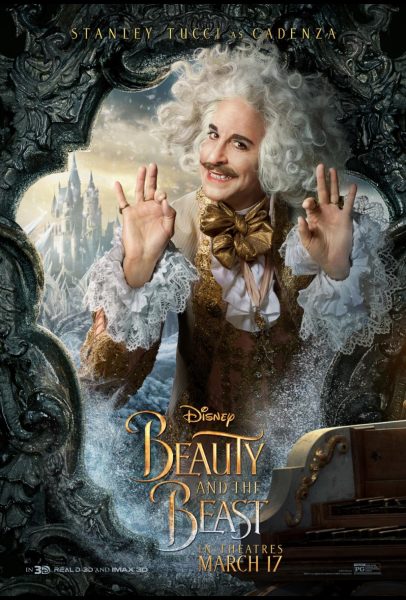 The story and characters audiences know and love come to spectacular life in the live-action adaptation of Disney’s animated classic “Beauty and the Beast,” a stunning, cinematic event celebrating one of the most beloved tales ever told. “Beauty and theBeast” is the fantastic journey of Belle, a bright, beautiful and independent young woman who is taken prisoner by a Beast in his castle. Despite her fears, she befriends the castle’s enchanted staff and learns to look beyond the Beast’s hideous exterior and realize the kind heart of the true Prince within. The film stars: Emma Watson as Belle; Dan Stevens as the Beast; Luke Evans as Gaston, the handsome, but shallow villager who woos Belle; Kevin Kline as Maurice, Belle’s father; Josh Gad as LeFou, Gaston’s long-suffering aide-de-camp; Ewan McGregor as Lumière, the candelabra; Stanley Tucci as Maestro Cadenza, the harpsichord; Audra McDonald as Madame de Garderobe, the wardrobe; Gugu Mbatha-Raw as Plumette, the feather duster; Hattie Morahan as the enchantress; and Nathan Mack as Chip, the teacup; with Ian McKellen as Cogsworth, the mantel clock; and Emma Thompson as the teapot, Mrs. Potts.

Directed by Bill Condon based on the 1991 animated film, “Beauty and the Beast,” the screenplay is written by Stephen Chbosky and Evan Spiliotopoulos and produced by Mandeville Films’ David Hoberman, p.g.a. and Todd Lieberman, p.g.a. with Jeffrey Silver, Thomas Schumacher and Don Hahn serving as executive producers. Alan Menken, who won two Academy Awards® (Best Original Score and Best Song) for the animated film, provides the score, which includes new recordings of the original songs written by Menken and Howard Ashman, as well as three new songs written by Menken and Tim Rice.

Here are some of the trailers/clips you can watch:

BEAUTY AND THE BEAST trailer:

Beauty and the Beast Trailer:

BEAUTY AND THE BEAST is in theatres everywhere today! 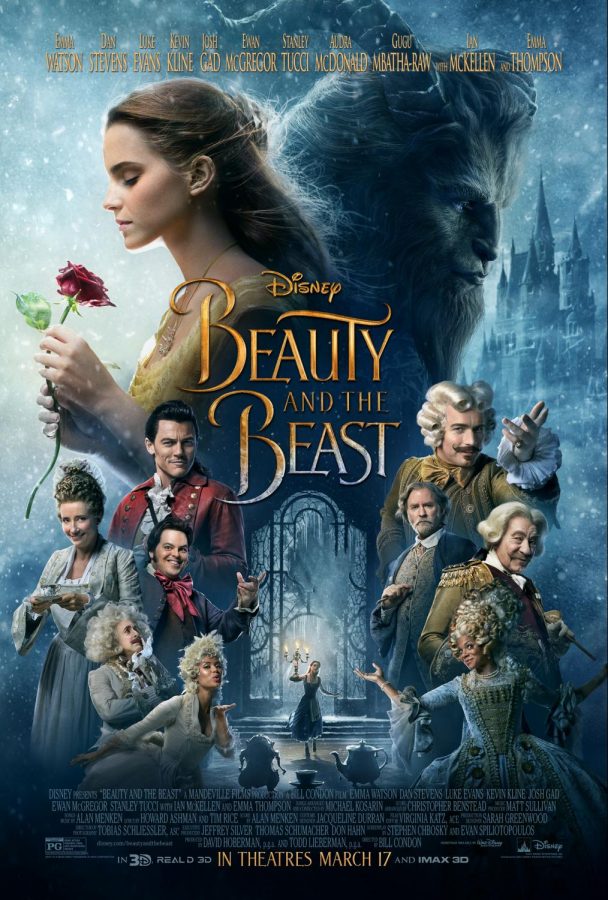