This trip is sponsored by Disney. All opinions are my own. 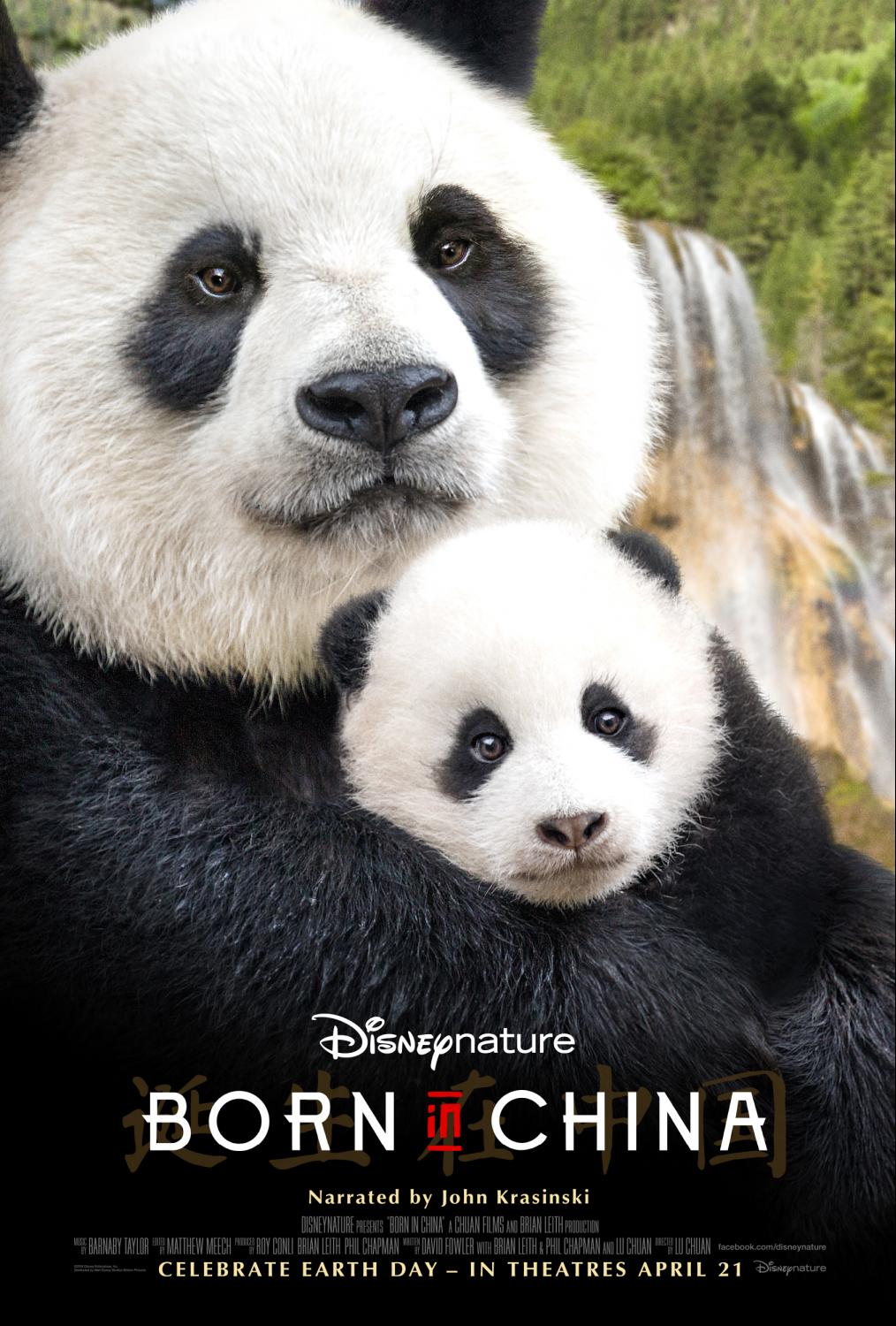 On my trip to LA for the Beauty and the Beast press junket, we were able to screen Disneynature’s Born in China. It is such a great movie. I thoroughly enjoyed following along as they documented the lives of three amazing species of animals. The Panda Bears, The Snow Leopards, and the Golden Monkeys. You will fall in love with these animals and laugh and cry and be amazed at what they go through year after year to survive and how they interact with their young as well as other animals. You will want to see this with your kids. AND the great thing is, Moviegoers who see Disneynature’s new True Life Adventure film “Born in China” during its opening week (April 21-27, 2017) will benefit the World Wildlife Fund (WWF). Based on opening-week attendance, Disneynature, via the Disney Worldwide Conservation Fund, will make a contribution to the WWF to help protect wild pandas and snow leopards in China. So go see the movie opening week!

Narrated by John Krasinski (“13 Hours: The Secret Soldiers of Benghazi,” NBC’s “The Office,” “Amazon’s “Jack Ryan”), Disneynature’s new True Life Adventure film “Born In China” takes an epic journey into the wilds of China where few people have ever ventured. Following the stories of three animal families, the film transports audiences to some of the most extreme environments on Earth to witness some of the most intimate moments ever captured in a nature film. A doting panda bear mother guides her growing baby as she begins to explore and seek independence. A two-year-old golden monkey who feels displaced by his new baby sister joins up with a group of free-spirited outcasts. And a mother snow leopard—an elusive animal rarely caught on camera—faces the very real drama of raising her two cubs in one of the harshest and most unforgiving environments on the planet. Featuring stunning, never-before-seen imagery, the film navigates China’s vast terrain—from the frigid mountains to the heart of the bamboo forest—on the wings of red-crowned cranes, seamlessly tying the extraordinary tales together. Opening in U.S. theaters on Earth Day 2017, “Born in China” is directed by accomplished Chinese filmmaker Lu Chuan, and produced by Disney’s Roy Conli and renowned nature filmmakers Brian Leith and Phil Chapman.

Notes:
· “Born in China” is the seventh theatrical release for Disneynature, the first new Disney-branded film label from The Walt Disney Studios in more than 60 years. The label was launched in April 2008 to bring the world’s top nature filmmakers together to capture a variety of wildlife subjects and stories.
· The first six big-screen releases under the Disneynature label—“Earth,” “Oceans,” “African Cats,” “Bears,” “Monkey Kingdom” and “Chimpanzee”—are among the top seven highest grossing feature-length nature films of all time.
· Walt Disney was a pioneer in wildlife documentary filmmaking, producing 13 True Life Adventure motion pictures between 1948 and 1960, including “Seal Island” (1948), “Beaver Valley” (1950), “The Living Desert” (1953) and “Jungle Cat” (1958). The films earned eight Academy Awards®. 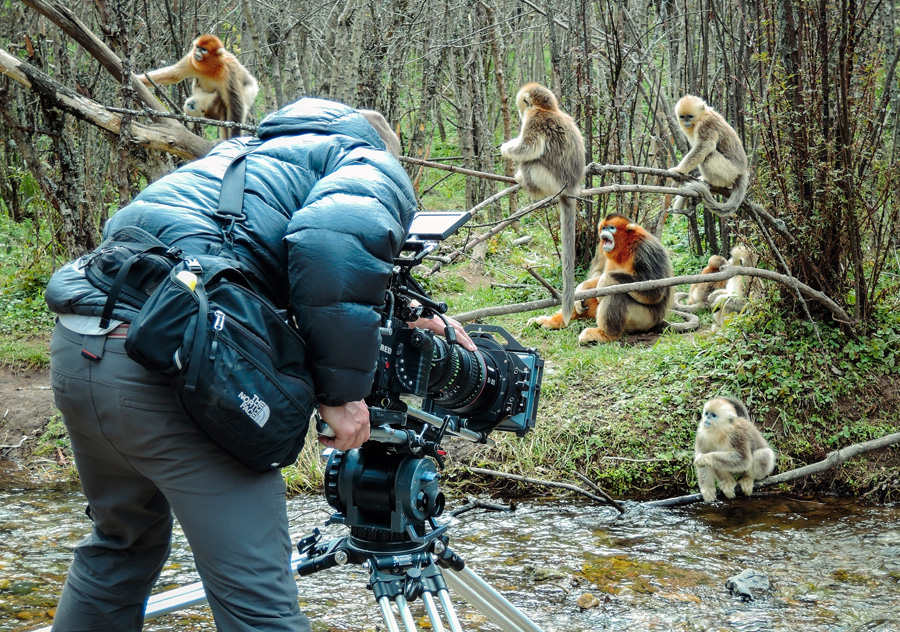 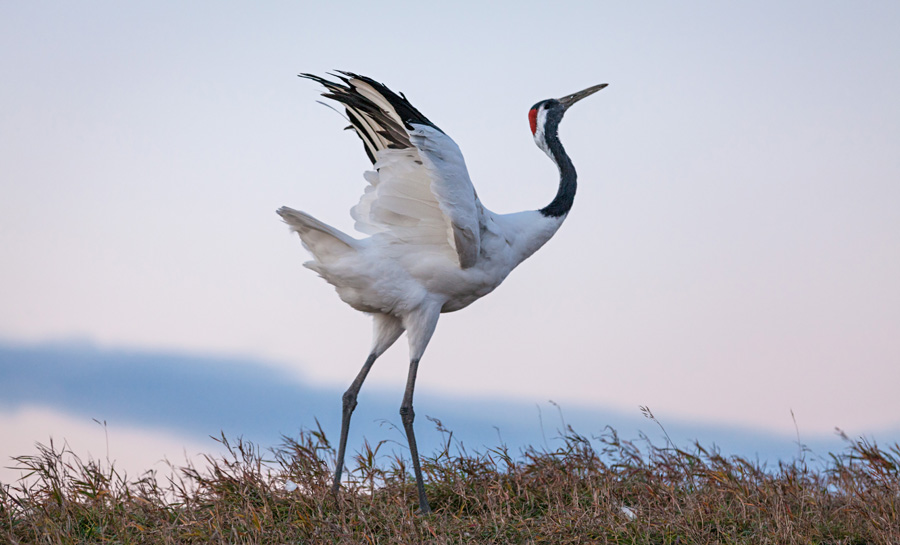 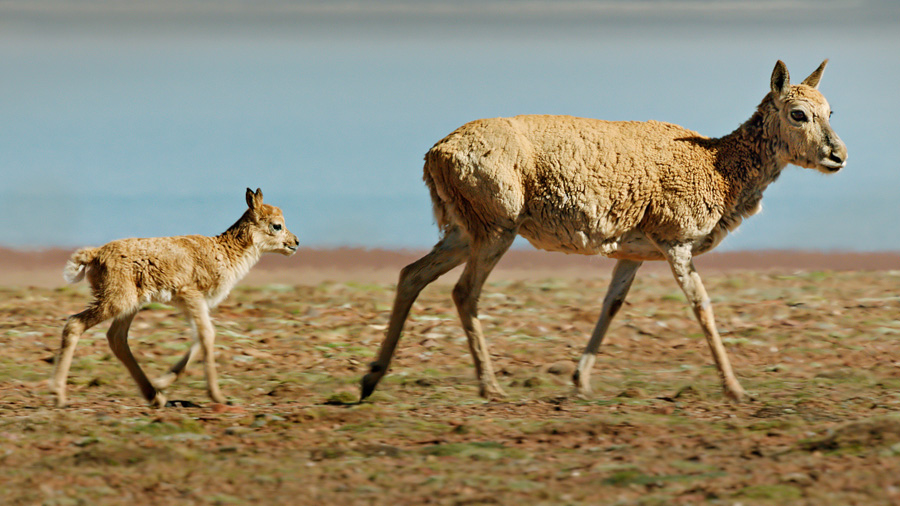 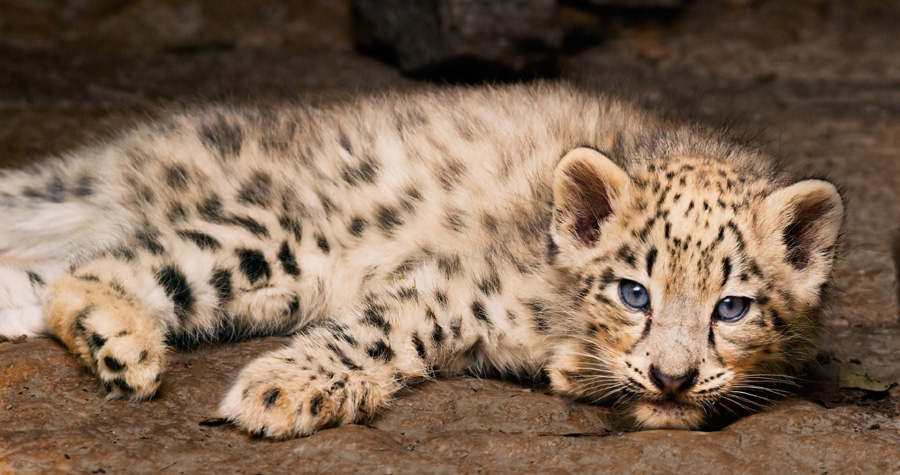 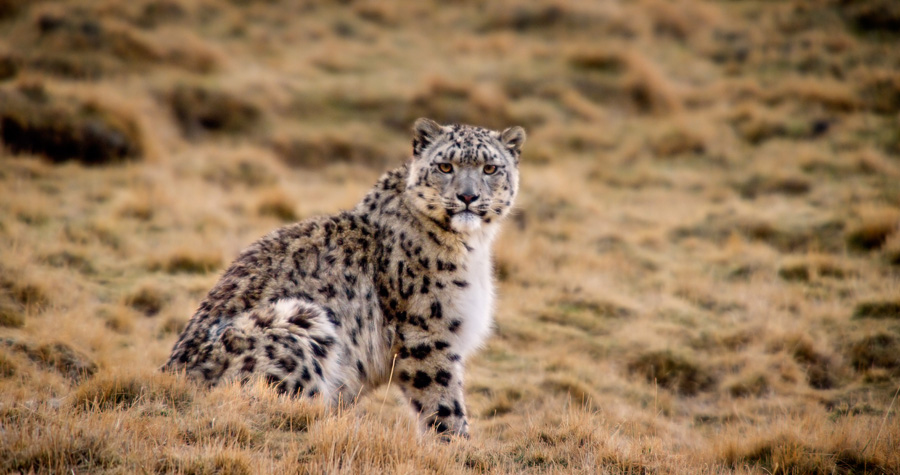 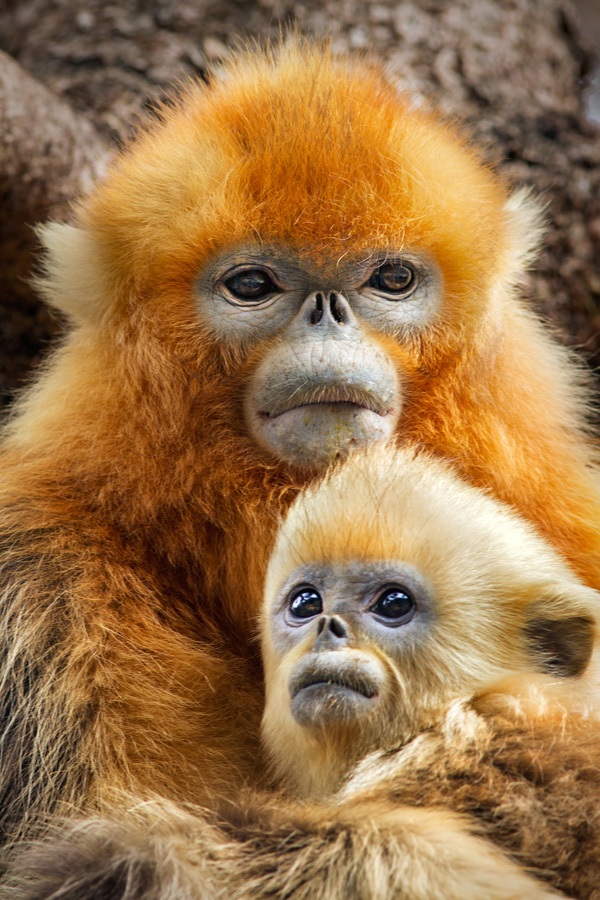 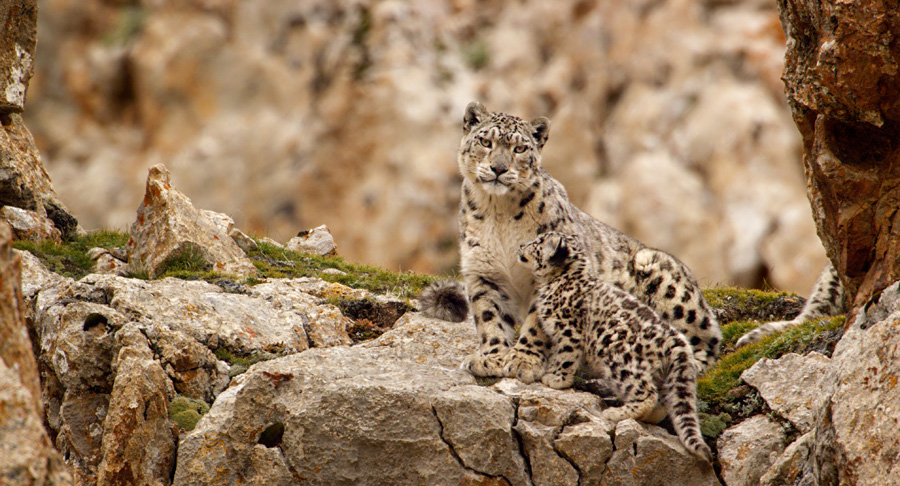 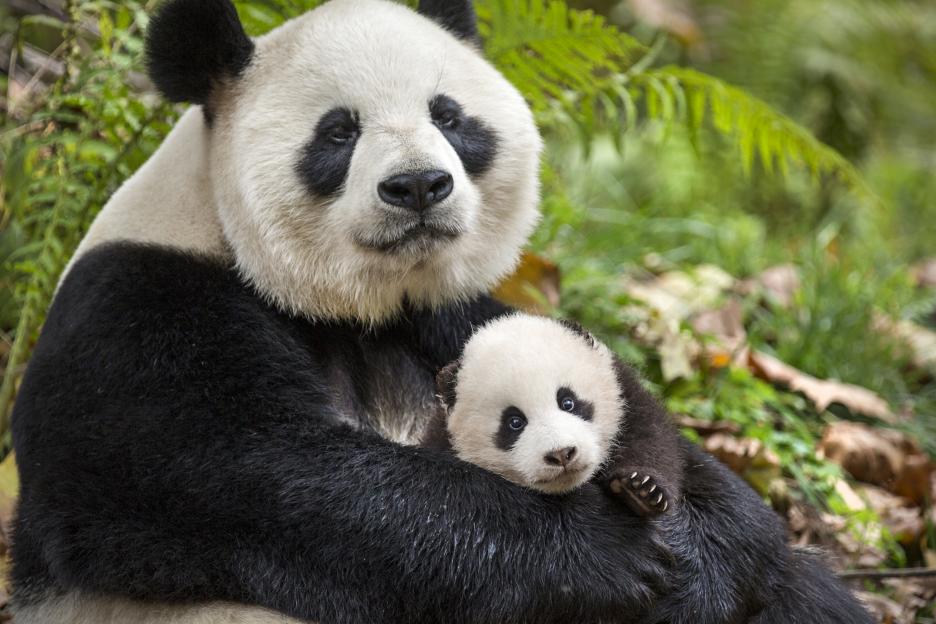 “Meet Ya Ya and Mei Mei” Clip

ABOUT DISNEYNATURE:
Disneynature was launched in April 2008. Its mission is to bring the world’s top nature filmmakers together to share a wide variety of wildlife stories on the big screen in order to engage, inspire and educate theatrical audiences everywhere. Walt Disney was a pioneer in wildlife filmmaking, producing 13 True-Life Adventure motion pictures between 1948 and 1960, which earned eight Academy Awards®. The first six Disneynature films, “Earth,” “Oceans,” “African Cats,” “Chimpanzee,” “Bears” and “Monkey Kingdom” are six of the top seven highest overall grossing feature-length nature films to date, with “Chimpanzee” garnering a record-breaking opening weekend for the genre. Disneynature’s commitment to conservation is a key pillar of the label and the films empower the audience to help make a difference. Through donations tied to opening-week attendance for all six films, Disneynature, through the Disney Worldwide Conservation Fund, has contributed to a host of conservation initiatives. Efforts include planting three million trees in Brazil’s Atlantic Forest, established 40,000 acres of marine protected area in The Bahamas, protected 65,000 acres of savanna in Kenya, protected nearly 130,000 acres of wild chimpanzee habitat, cared for chimpanzees and educated 60,000 school children about chimpanzee conservation in the Congo. Additionally, efforts have funded research and restoration grants in U.S. National Parks, supporting conservation projects spanning 400,000 acres of parkland and protecting 75 species of animals and plants, and helped protect monkeys and other endangered species in their natural habitats across Indonesia, Cambodia and Sri Lanka. For more information about Disneynature, like us on Facebook: facebook.com/Disneynature and follow us on Twitter: twitter.com/Disneynature. 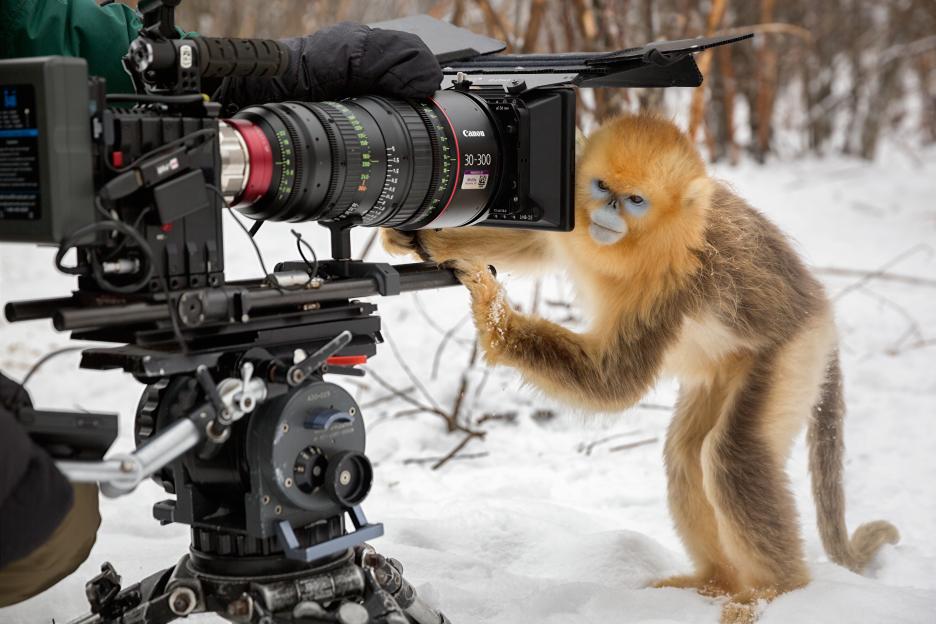 BORN IN CHINA is rated G and opens in theatres everywhere April 21st!