Several months ago (back in Sept/Oct) I had the amazing opportunity to go to San Francisco and learn more about The Good Dinosaur at Pixar Studios. It was an amazing experience – and everything we learned made the movie that much more enjoyable for me. Be sure to check out the The Good Dinosaur posts here. In honor of the movie coming out today, my kids wanted to help me make “Arlo Cupcakes” so we made cupcakes with green frosting and put Arlo’s “mark” on the cupcake. I love how they turned out. Easy easy to make and the kids love them. The Disney-Pixar’s The Good Dinosaur on Blu-ray came out today so be sure to pick it up! We received a pre-release copy that my kids have about worn out already lol. (All opinions in this post are my own). 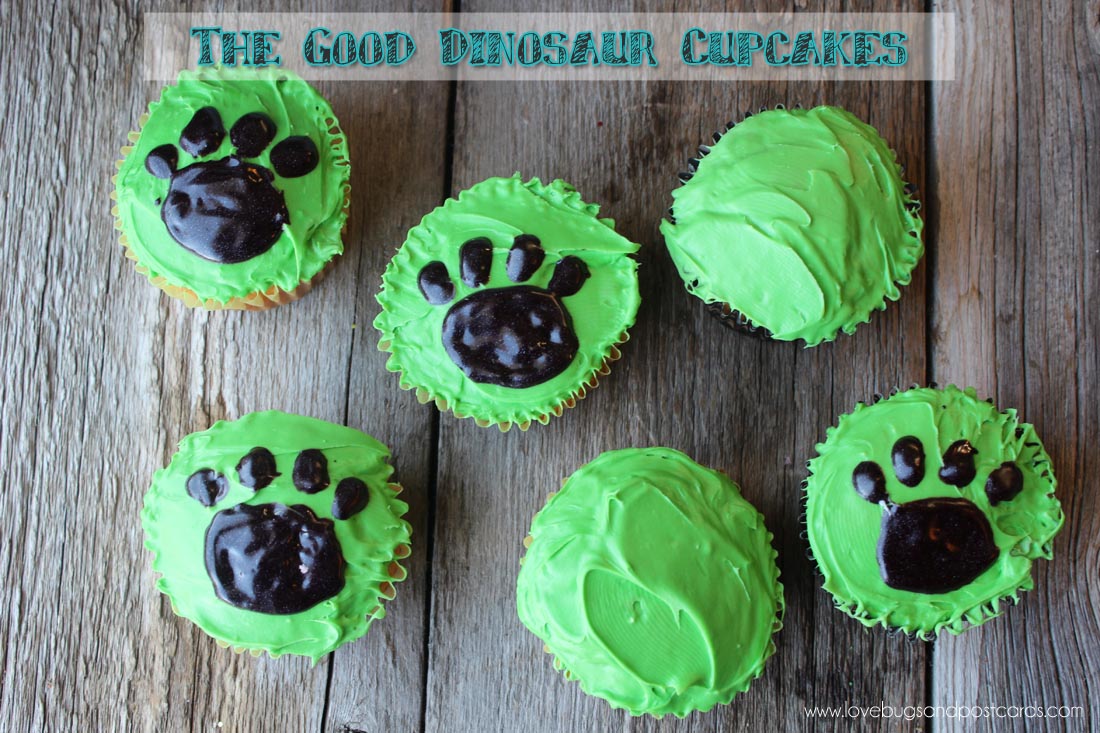 The movie is so good – we have watched it three times in the last 5 days already! I am happy we got the Blu-ray/DVD/Digital copy because then the digital version goes to our Disney Movies Anywhere account and my kids can access it on their tablets and other devices. This is a big bonus – especially when we are not at home. The movie focuses on Arlo – a dinosaur who is virtually afraid of everything around him. The movie has some ups and downs as he goes on his own journey to discover who he is and how to face his fears with his enemy turned best friend, Spot, and the movie will truly capture your heart. The graphics are amazing and the details that they put into this movie will have you questioning if it is in fact animated most of the time. It has inspired us to take our kids up to the Yellowstone/Grand Teton National park area later this year because of the amazing nature that is up there (as you will see in the movie).

I was also excited to note that there were over two hours of bonus footage extras! Some of them are

We LOVED the bonus extras. My kids like watching the behind the scenes almost as much as the movie. You learn so much more about it and grow to love it that much more! 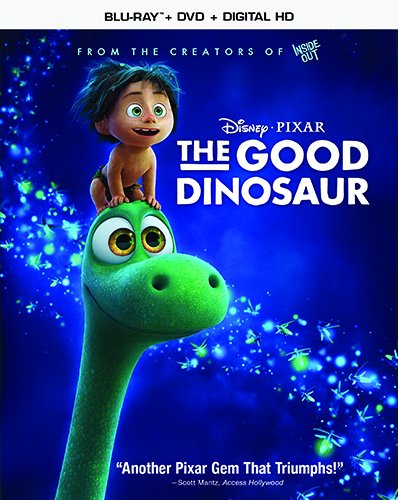 “The Good Dinosaur” asks the question: What if the asteroid that forever changed life on Earth missed the planet completely and giant dinosaurs never became extinct?  Pixar Animation Studios takes you on an epic journey into the world of dinosaurs where an Apatosaurus named Arlo (voice of Raymond Ochoa) makes an unlikely human friend. While traveling through a harsh and mysterious landscape, Arlo learns the power of confronting his fears and discovers what he is truly capable of.

Directed by Peter Sohn and produced by Denise Ream (“Cars 2”), Disney•Pixar’s “The Good Dinosaur” is on Blu-ray and DVD and Digital today!

An Apatosaurus named Arlo and his unlikely human friend travel through a harsh and mysterious landscape, where Arlo learns to confront his fears, discovering what he is truly capable of. 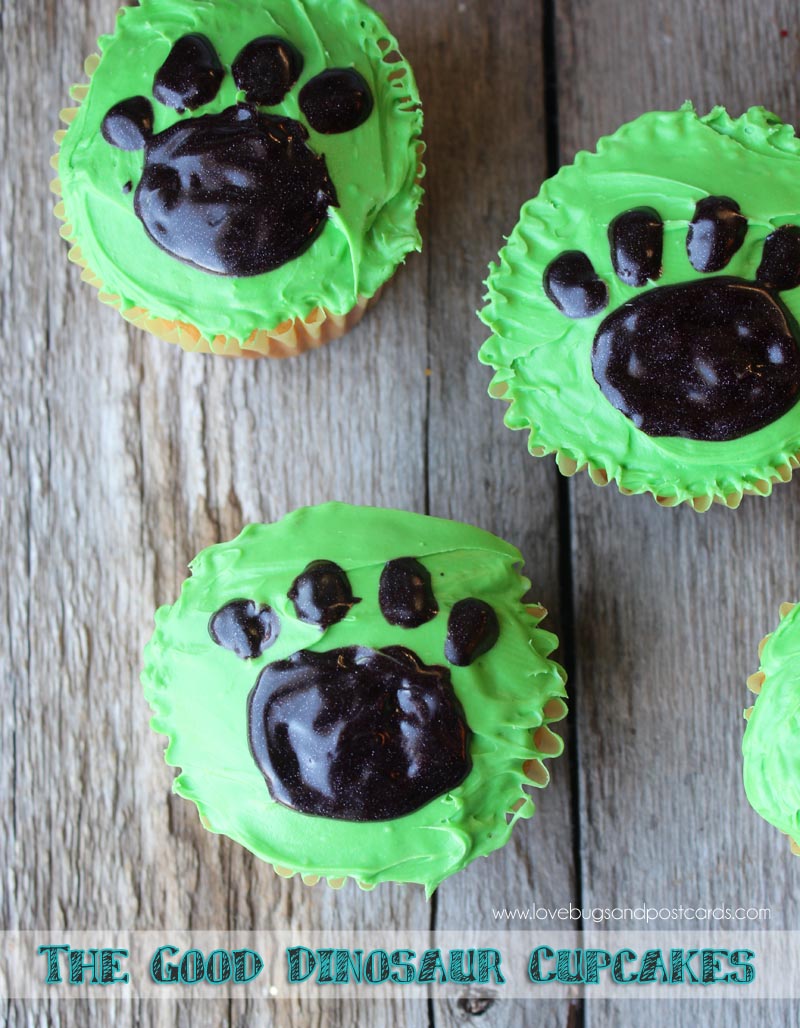 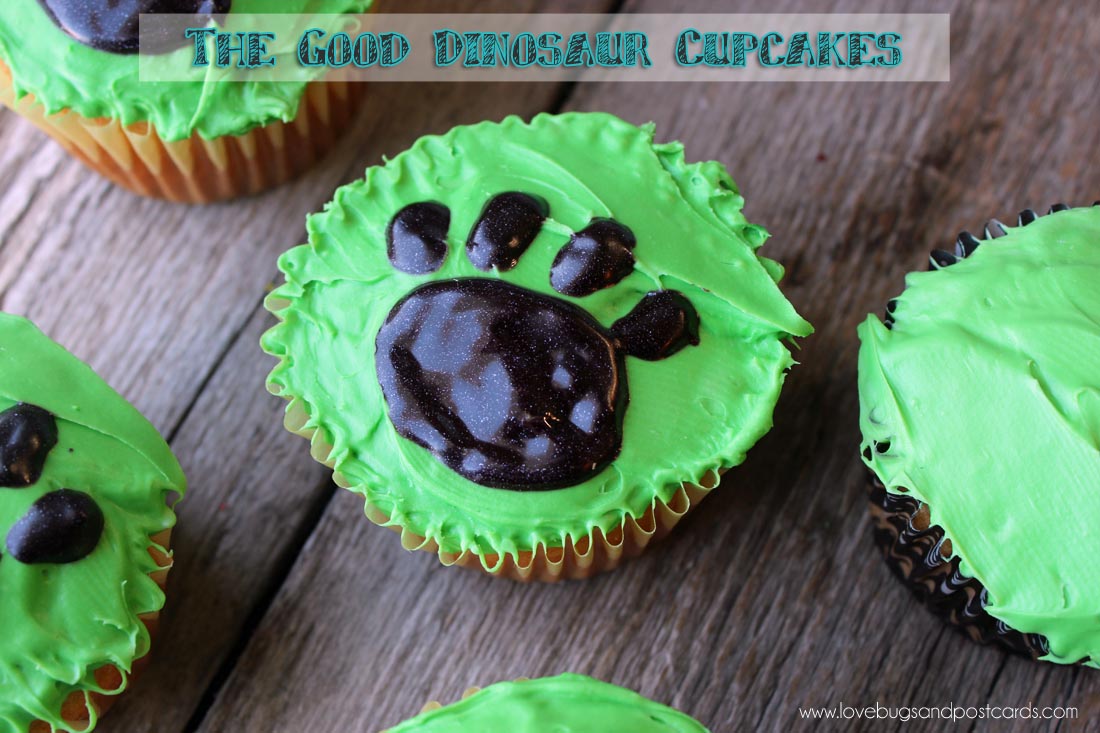 You can get Disney-Pixar’s The Good Dinosaur on Amazon and at most major retailers today.