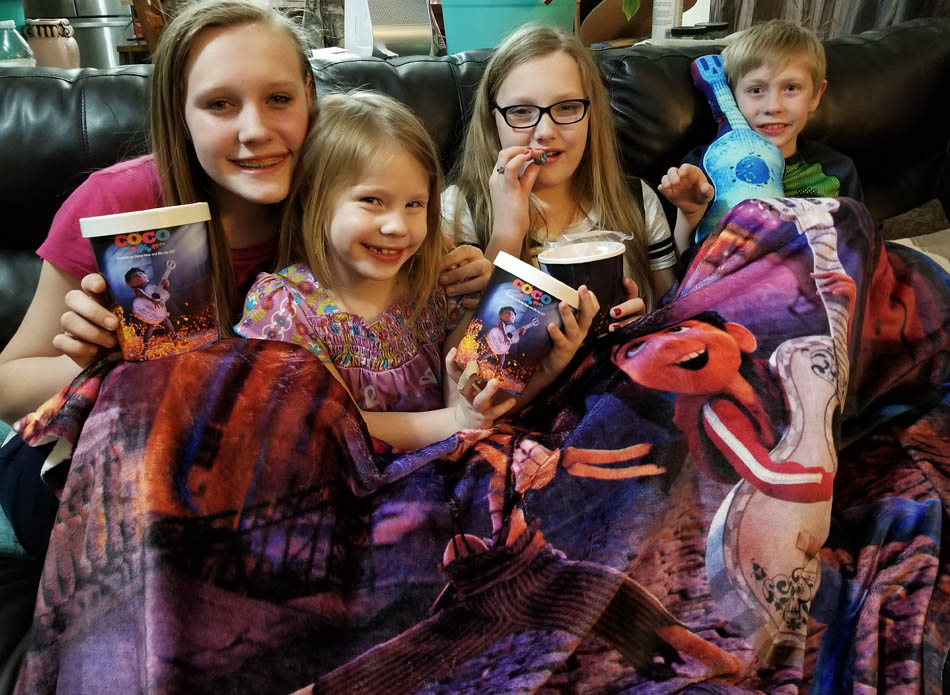 We received the movie and a movie night kit. All opinions are my own. We saw Disney-Pixar’s COCO in theaters when it first came out and my whole family loved every minute of the movie. Since then, my kids have asked several times when we were going to see it again, and so when a fun surprise box came in the mail packed with movie night fun, I could barely get out of the way as they tore into it. Inside we found an adorable COCO blanket (which I immediately claimed as my own because it is so soft, and then my son grabbed it laughing), a plush guitar, themed popcorn tubs and sugar skull stickers with chalk markers. Oh and a copy of the movie of course. They all started whooping and cheering when they saw the movie and we started planning our fun Disney-Pixar COCO movie night! 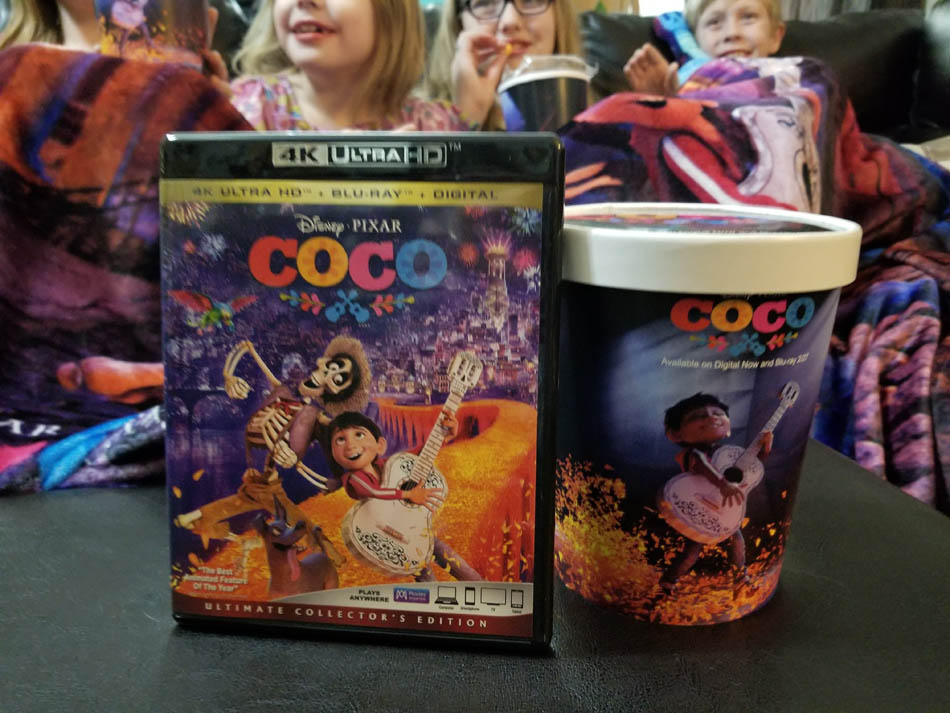 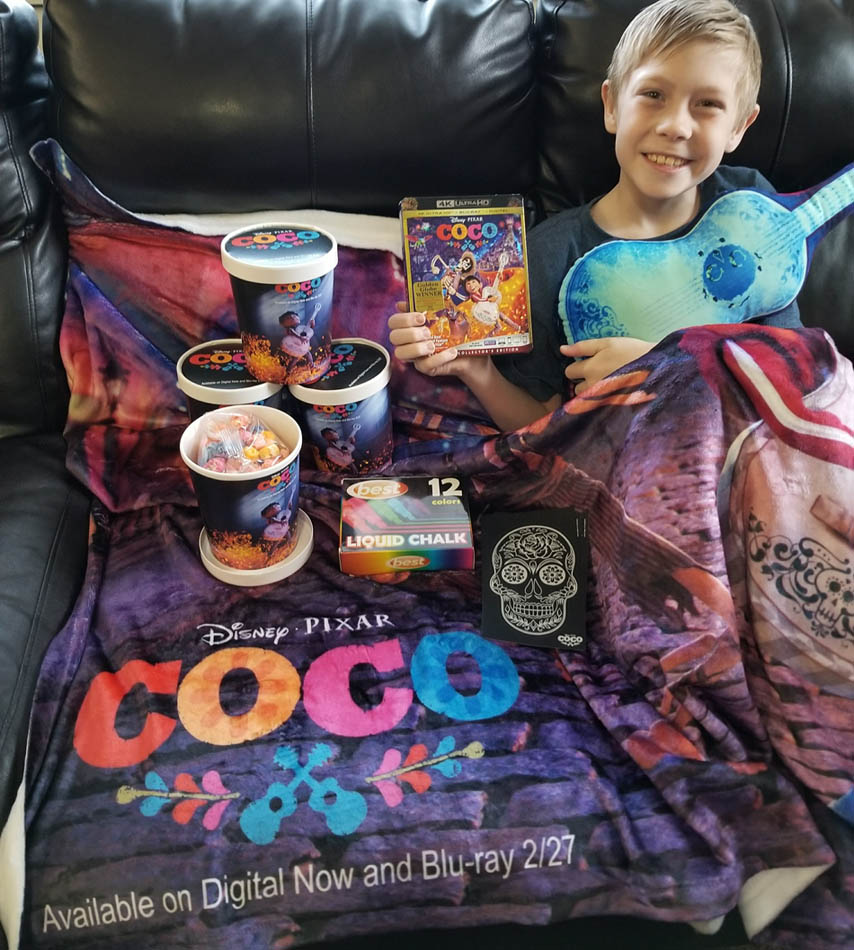 Disney•Pixar’s “Coco” —the story of a 12-year-old aspiring musician’s extraordinary journey to the magical land of his ancestors—won a 2018 Golden Globe AwardÒ for Best Animated Motion Picture, topped the domestic box office Thanksgiving holiday weekend, became the highest grossing film of all time in Mexico, broke records in China and earned widespread praise, receiving 96 percent from critics and 97 percent from audiences on Rotten Tomatoes. Now this vibrant tale filled with love and laughter arrives home Digitally in HD and 4K Ultra HD™ and on Movies Anywhere on Feb. 13, and on 4K Ultra HD,™ Blu-ray,™ DVD and On-Demand on Feb. 27.

Through fresh and fascinating bonus material, adventurers of all ages will tag along with filmmakers as they soak in Día de los Muertos in Mexico; explore the essential role of music in “Coco;” and learn how the cast and crew personally connect with the film’s message. They’ll step behind the scenes to discover the inspiration behind the film’s creative costuming; Miguel’s beautifully complicated family; Dante the loyal Xolo dog; and the stunning worlds of both the dead and the living. Features also include deleted scenes, insightful filmmaker commentary, the music of Coco and more. 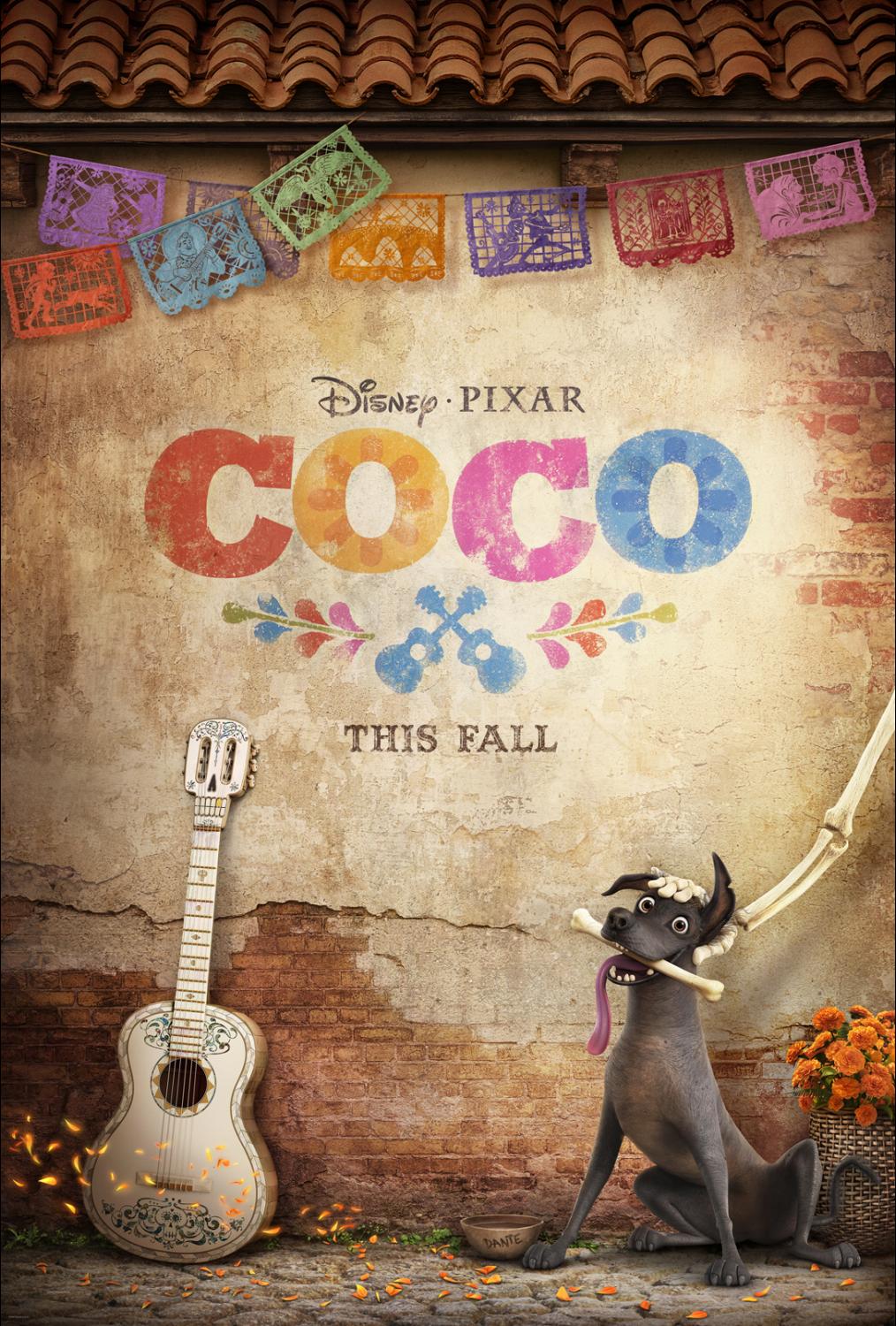 In Disney•Pixar’s “Coco,” Pixar Animation Studios’ 19th feature film, Miguel (voice of newcomer Anthony Gonzalez) dreams of becoming an accomplished musician like his idol Ernesto de la Cruz (voice of Benjamin Bratt)—despite his family’s baffling generations-old ban on music. Desperate to prove his talent, Miguel finds himself in the stunning and colorful Land of the Dead following a mysterious chain of events. Along the way, he meets charming trickster Héctor (voice of Gael García Bernal), and together, they set off on an extraordinary journey to unlock the real story behind Miguel’s family history.

The voice cast of “Coco” includes characters from the Land of the Living and the Land of the Dead. From the Land of the Living, Anthony Gonzalez (“Ice Box,” TNT’s “The Last Ship”) lends his voice to Miguel, Renée Victor (“Weeds,” “The Apostle”) provides the authoritative voice of Abuelita, and Jaime Camil (CW’s “Jane the Virgin,” Disney Junior’s “Elena of Avalor,” “The Secret Lives of Pets”) is the voice of Papá. Lombardo Boyar (“Happy Feet,” TNT’s “Murder in the First”) voices a town mariachi, and Ana Ofelia Murguía is the voice of Miguel’s cherished great-grandmother Mamá Coco. Sofía Espinosa (“Gloria”) provides the voice of Miguel’s loving Mamá, and Luis Valdez (“Which Way Is Up,” director “La Bamba” and “The Cisco Kid”) lends his voice to Tío Berto, Miguel’s hardworking uncle.

GET YOUR COPY OF DISNEY-PIXAR COCO