On my trip to San Francisco for The Good Dinosaur press junket (read more about this trip here), we were able to spend some time in Pixar Studios meeting with some of the amazing talent behind the movie. This was really a treat. Because I am a computer nerd and love graphics and animation I was reluctant to leave because I wanted to hear more and more about how the movie was made and what they did. Today I get to share with you some of the information that we learned from Supervising Animator Mike Venturini, Animator Kevin O’Hara and Production Designer Harley Jessup. These three have such great jobs and you could tell that they really love what they do by the way they talked about working on this film. 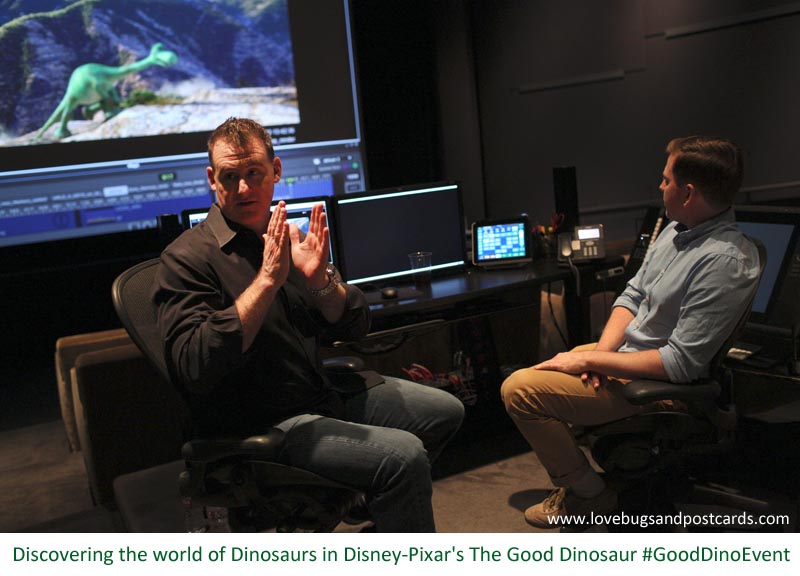 A press day for The Good Dinosaur, including presentations by Animator Kevin O’Hara and Directing Animator Rob Thompson, as seen on October 1, 2015 at Pixar Animation Studios in Emeryville, Calif. (Photo by Deborah Coleman / Pixar)

We met with Supervising Animator Mike Venturini and Animator Kevin O’Hara to have a animation demo highlighting the reference used by animators to inform the movement of the dinosaurs. This means that we were able to learn how the animators reference different points in the film as they animate it so the movie is fluid. They had 85 animators working on The Good Dinosaur film (this is double what the normal amount of animators for a Pixar film is). Each of the Animators would pick a scene (or be assigned) and then would animate it. They showed us a 21 second clip of Arlo climbing the last few steps to the top of the mountain, and Kevin said that it took the animator about 1 month to do that. It consists of 490 frames.  That is just crazy for me to think about. Overall it took about 2 1/2 years of working on it to get the animation finalized, and it normally only takes about 1 year. 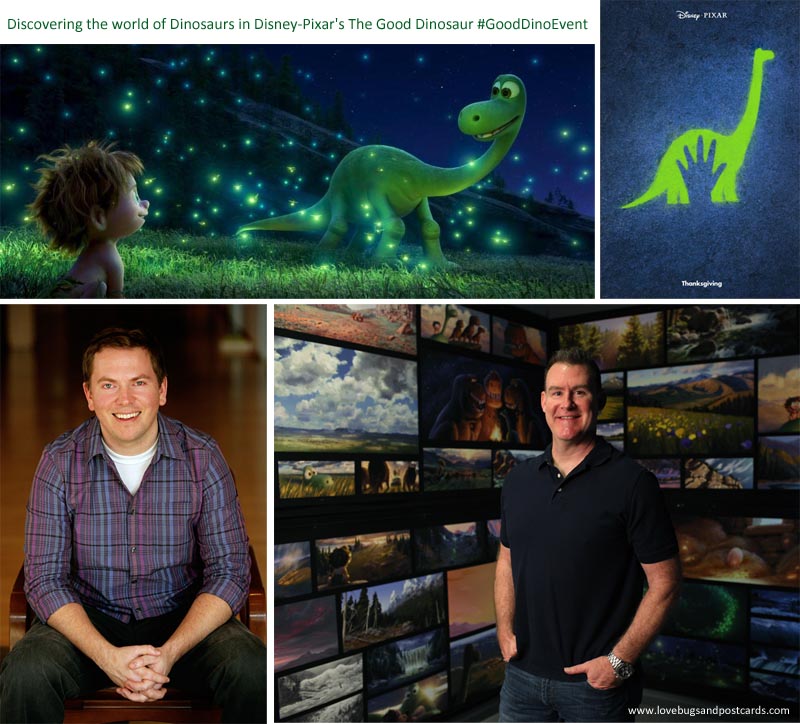 They have an amazing software program called Presto that allows them to do magical things with animation. I loved watching them show us how things worked and I really hope they include some of these amazing things as special features when the movie is released on DVD/Blu-Ray next year.

To give you an idea of how lifelike the world that Arlo lives in is, here are some perfect pictures showcasing it: 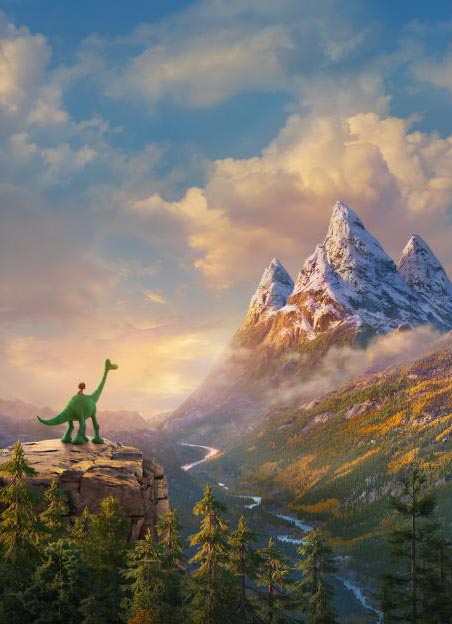 It is honestly hard to believe that these are animated. Another great part of the day was being able to meet with the Production Designer Harley Jessup. He told us how the Art department designed the different dinosaurs in the film and their surrounding environments. 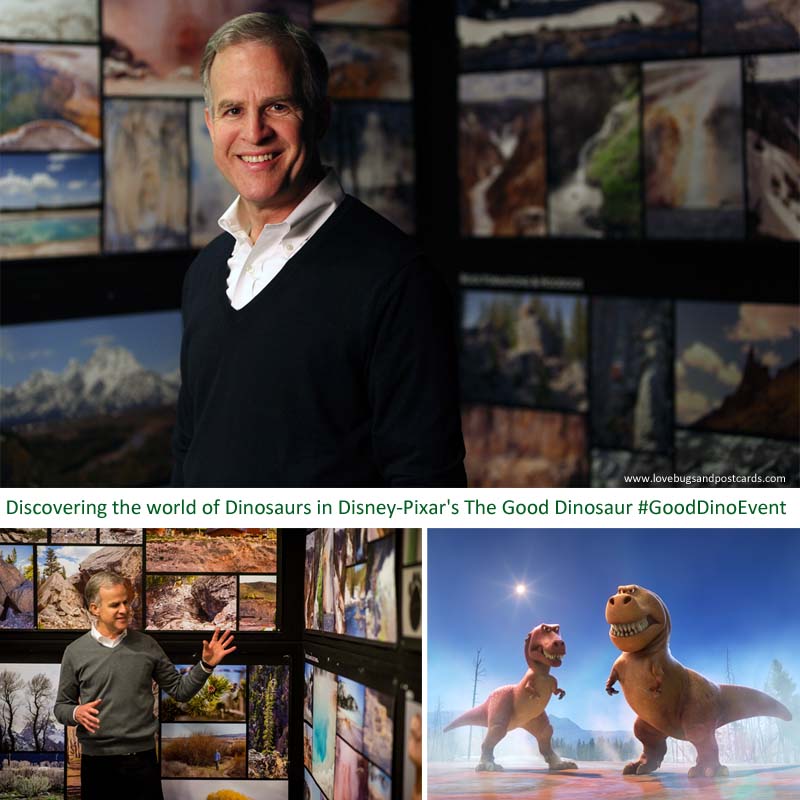 This was really interesting and cool to see the models of the dinosaurs that are in the film. Some of the fun facts that he shared with us are:

The height of the dinosaurs in Arlo’s family:

and Spot is 3 feet high. 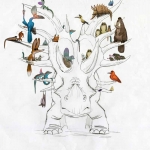 The Pet Collector (pictured to the left) was Peter Sohn’s (the director) idea.
There are so many elements to this guy – and he is a really funny part of the movie.

They talked about how dinosaurs would have made houses, and if they were farmers they would act in a similar way. They would pull trees and carry them, stack huge rocks and dig out the floor.

Listening to him talk about how they came up with sizes, the environments, the dinosaurs and everything else really blew my mind. You just don’t realize how much work, thought and processes go into a movie, especially a Pixar film where they are renowned for their lifelike quality in their animated movies. 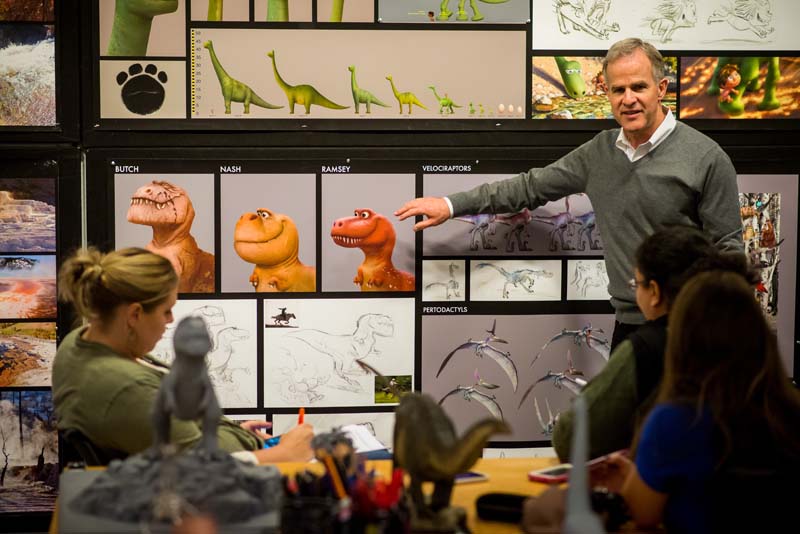 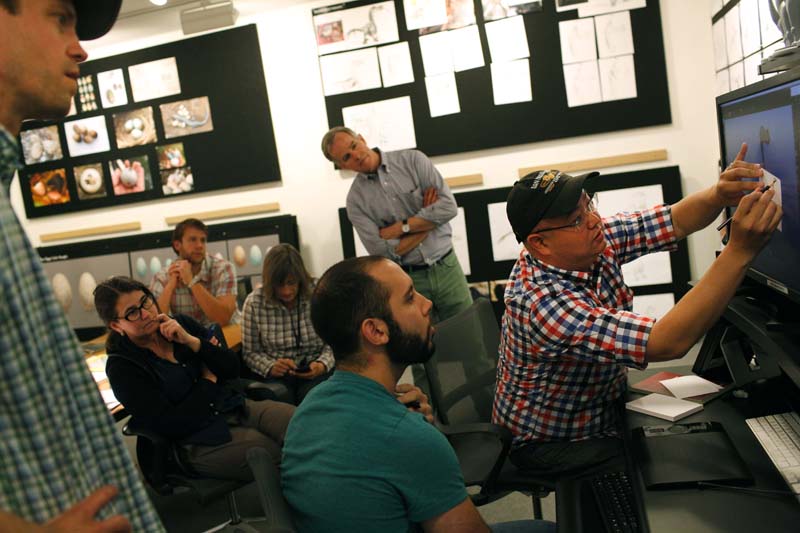 If you haven’t seen the preview yet you can view it here: