You are here: Home / Entertainment / Disney / Creating the design and story of Disney-Pixar’s The Good Dinosaur movie #GoodDinoEvent

In a couple of weeks, the movie The Good Dinosaur will be in theaters – on November 25! I was able to go to the Good Dinosaur press junket last month (read more about this trip here), and while we were there, we were able to spend some time in Pixar Studios meeting with the amazing crew behind the scenes of the movie. We met with Sets Supervisor – David Munier, Effects Supervisor – Jon Reisch and Director of Photography and Lighting – Sharon Calahan. These three amazing and talented people spent time showing us really cool things about The Good Dinosaur. 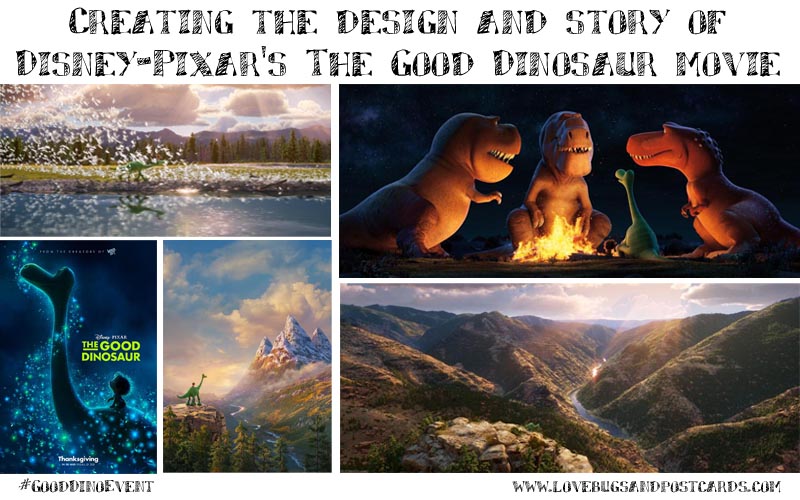 “The Good Dinosaur” asks the question: What if the asteroid that forever changed life on Earth missed the planet completely and giant dinosaurs never became extinct?  Pixar Animation Studios takes you on an epic journey into the world of dinosaurs where an Apatosaurus named Arlo (voice of Raymond Ochoa) makes an unlikely human friend. While traveling through a harsh and mysterious landscape, Arlo learns the power of confronting his fears and discovers what he is truly capable of. 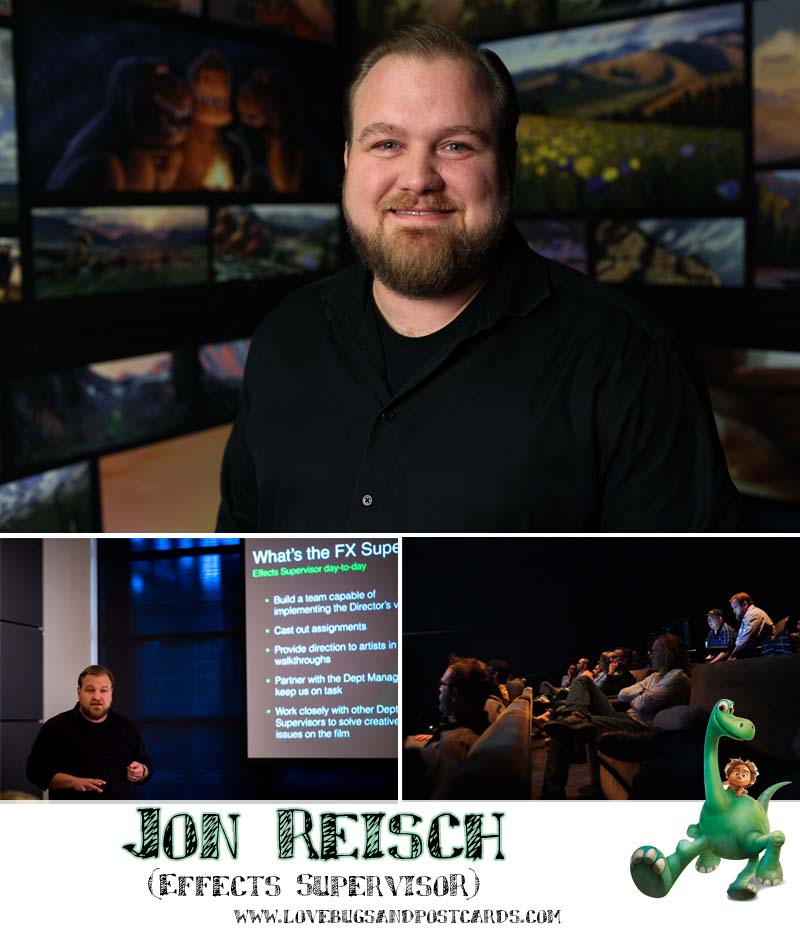 First my group met with Effects Supervisor Jon Reisch. He talked about how the Effects team created different environments using effects to support the storytelling. This was a big deal, because this is one of the most “nature” like films Pixar has made and there special effects were dealing with the weather and elements like the rivers, mountains, etc. Jon told us that FX are believable interaction between the characters and their world. He gave us a lot of information about how they accomplish this, but I am going to share my favorite top 10 facts he shared with us: 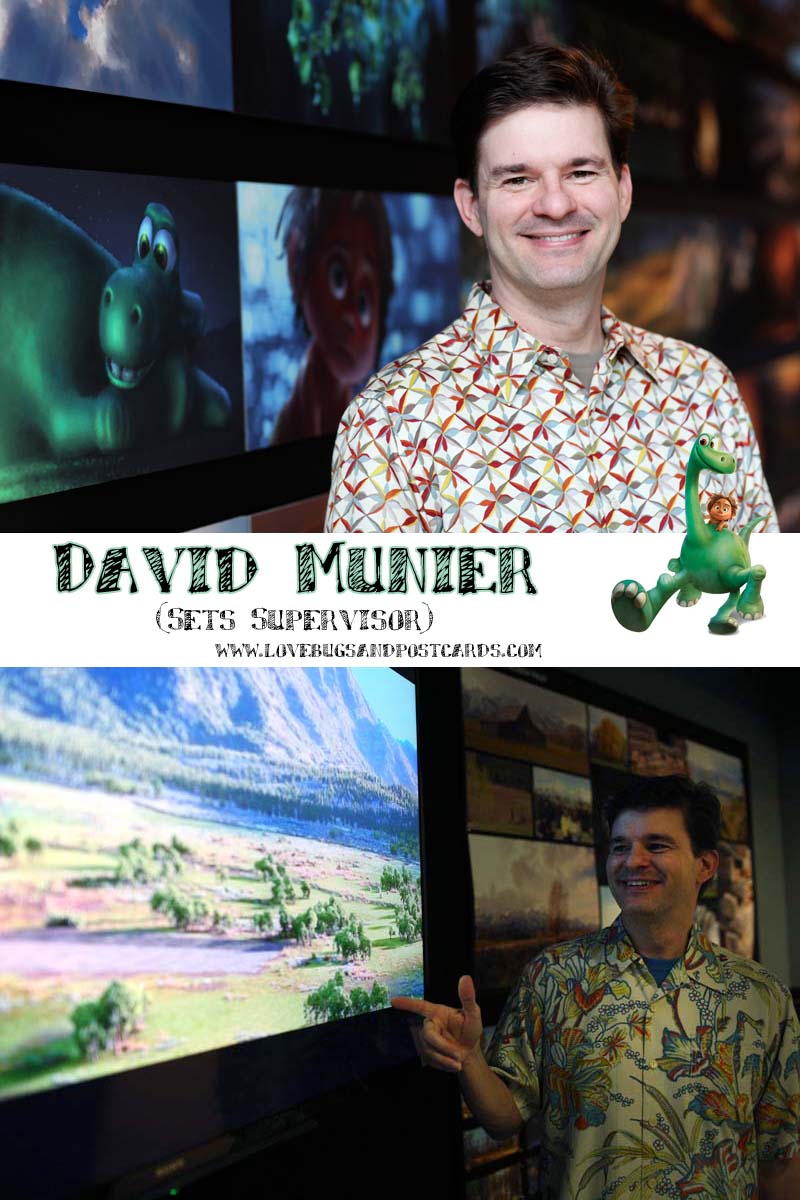 In another presentation we were able to learn about creating the expansive world in the film with Sets Supervisor David Munier, and hear how the team used actual USGS data of the northwest United States to create the sets. It was really neat to see how they took the USGS data and incorporated it into the film creation. Since the movie is based in nature they needed to be able to make it look as real as possible and the data helped them accomplish that. I still can’t believe how lifelike the graphics in the movie look.

Here are 5 fun facts that I learned from David:

It was really cool watching him show us how they design the layout, then add trees or other elements. It was really remarkable and it really shows through in the movie because the graphics are truly amazing! 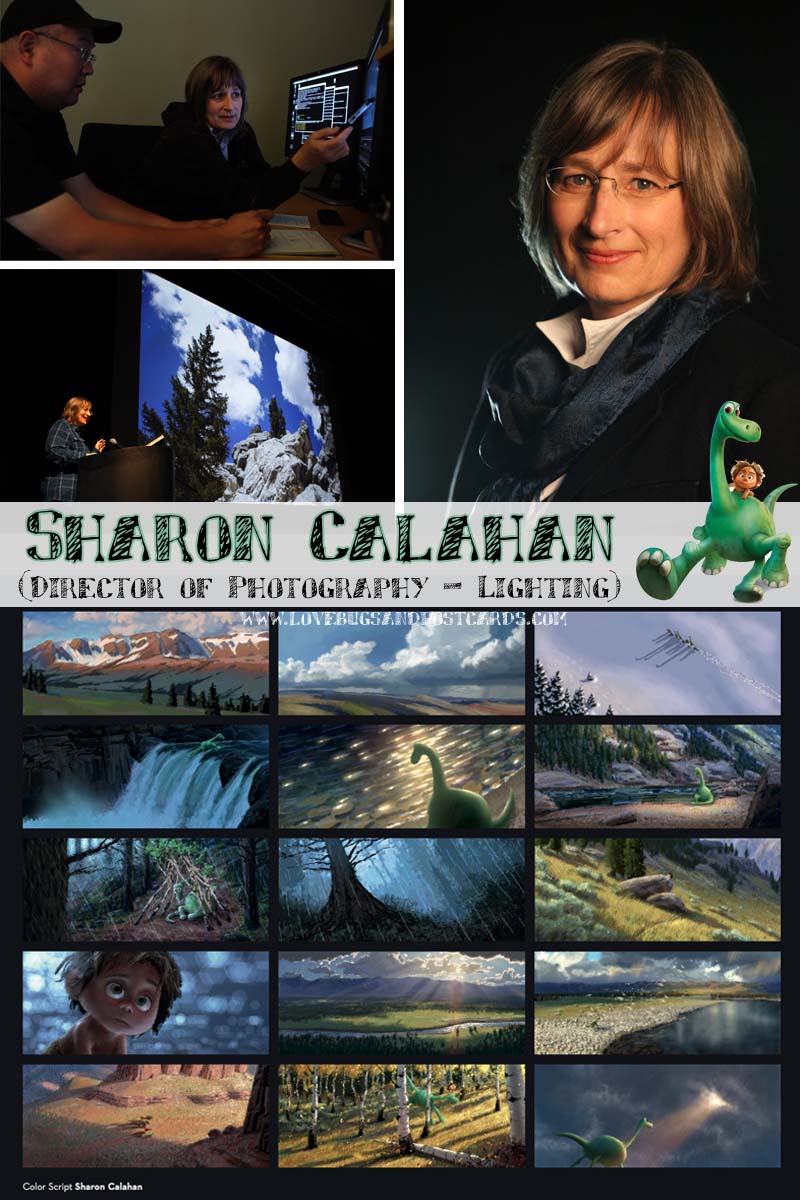 Another amazing lady we were able to meet on our trip was the Director of Photography and Lighting – Sharon Calahan. She walked us through Creating the visual design of The Good Dinosaur and how it went from Color scripts to final picture progression. All of the photos she shared with us were really cool, you can see some of them above. She talked a lot about the film, and gave us some really fun stories and information about it. Here are my 3 things I will share:

Her presentation was great and I really enjoyed learning more about the photography – which they did a lot of – and the lighting – because the lighting is so important to the way the character looks and feels to us. 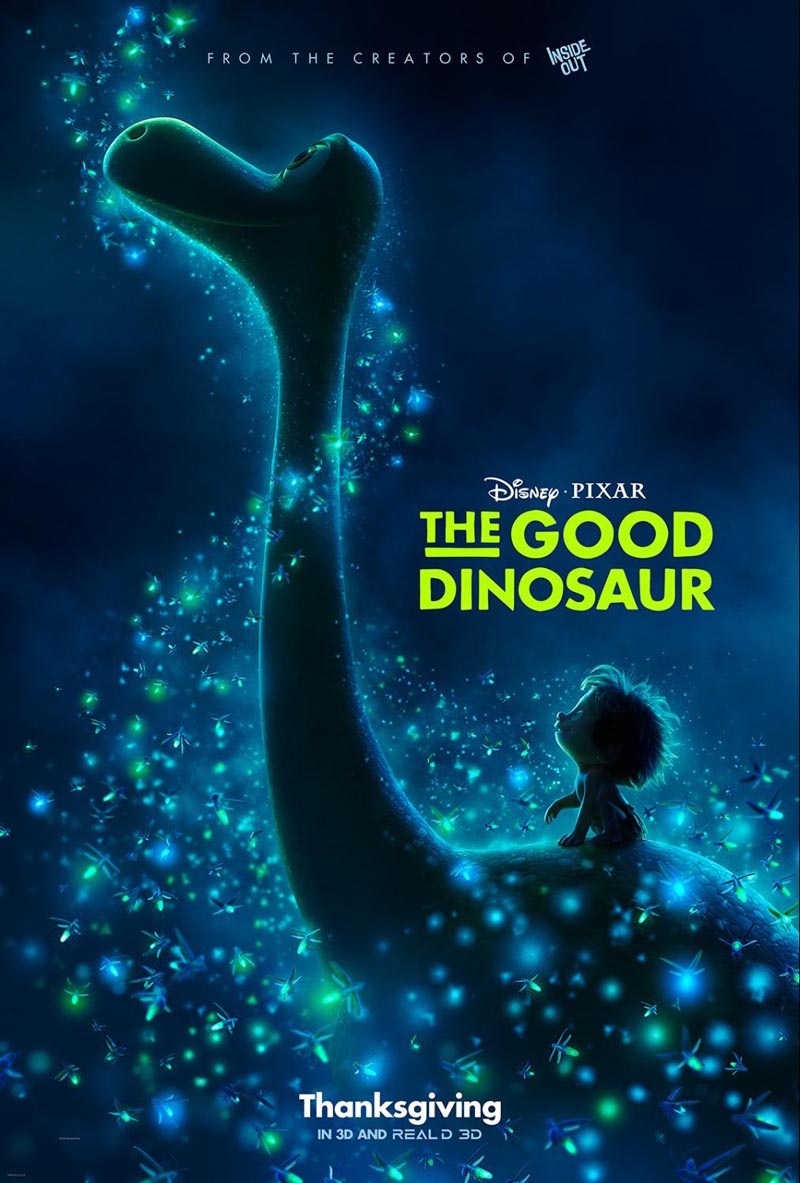 Here is the trailer so you can watch it with your kids: