Yesterday I was craving a yummy Creamy Red Potato, Bacon and Cheese Soup. Since it is so easy to put together, I got my Slow Cooker out and started adding ingredients. I wasn’t sure how it would turn out, but you can’t go wrong with the combinations I was using – so I was very happy with the end results. 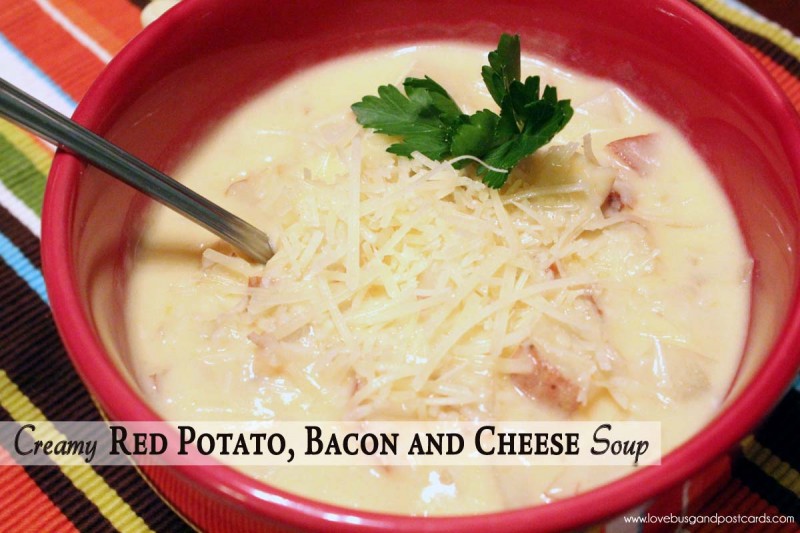 Here is how we made this yummy bowl of goodness.

In the Slow Cooker mix together the Cream of Chicken soup, Chicken Broth, Milk and bacon and turn heat to high. In a pot bring water to boil while you dice your potatoes and onions. Add them to the boiling water and cook. How long you cook them depends on how long you are going to cook your mixture on the Slow Cooker. I would recommend cooking the potatoes and onions for at least 10-12 minutes to make sure they are tender enough.

Once the onions and potatoes are cooked enough – drain them from the water and add them to the soup mixture. One it is all stirred, add the cheese and stir. Continue to cook until the potatoes are tender and the mixture is hot.

White it was cooking in the Slow Cooker I made bread-sticks with the canned biscuits (we ran out of time to make homemade) and we also had green salad and homemade chicken Parmesan. It was so yummy! 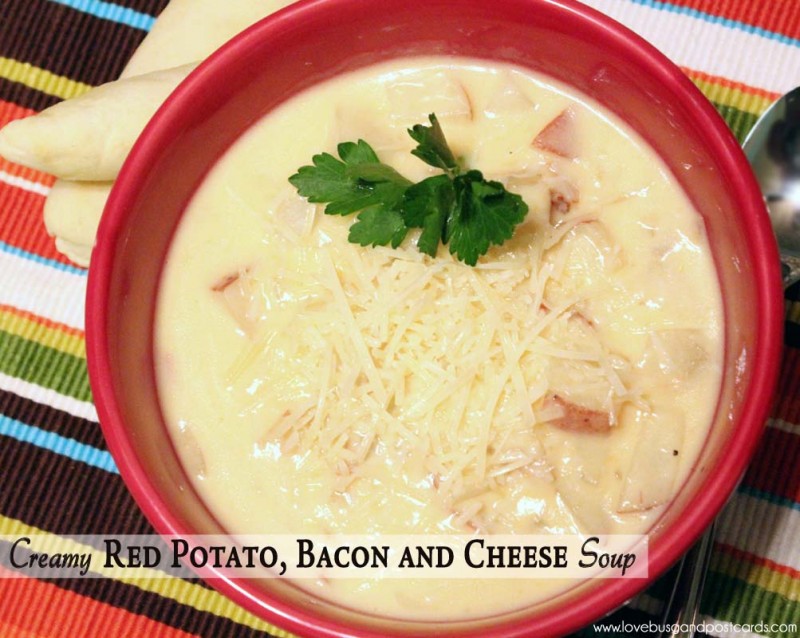 NOTE: I want to share my mistake and how to remedy it so that you don’t make the same one I did. I thought we would have more time before we ate to let the soup cook in the crockpot, but time was running short and the potatoes still weren’t even closet to being done. We ended up having to strain the potatoes and onions from the soup mixture to boil them and then mix it all back together – it was a pain. So to avoid this (unless you have about 6-8 hours to let the soup simmer, you are going to want to boil the potatoes and onions a head of time.

If you try it I would love to know what you think!