You are here: Home / Entertainment / Movie Reviews / 5 reasons you need to buy Disney’s Moana Blu-ray on 3/7

We received a promotional copy of the movie. All opinions are my own.

Truth be told there are a hundred reasons you need to go buy Moana today, but I am going to share with you, our top 5. We were able to meet the Directors and Producer last night at a “Luau” and we even learned about the dancing they do in Moana. It is a beautiful process with so many meanings and I was in awe. We will be sharing more about that on Thursday so be sure to check back and see/watch everything! Today, Disney’s Moana comes out on Blu-ray + DVD + Digital. I am going to share 5 reasons you need to get the Blu-ray. 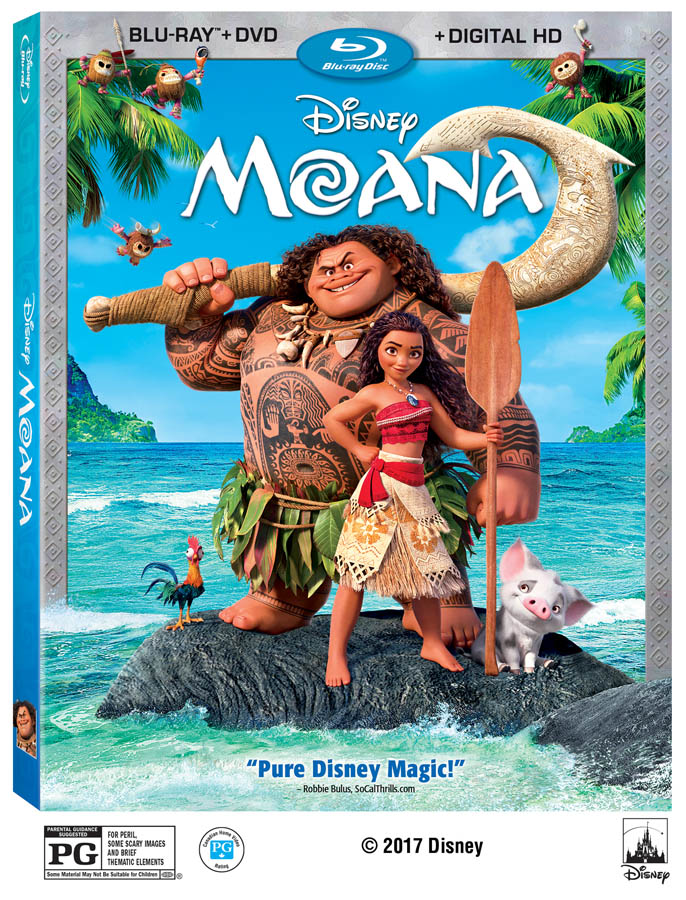 Top 5 reasons you need to buy Disney’s Moana Blu-ray on 3/7: 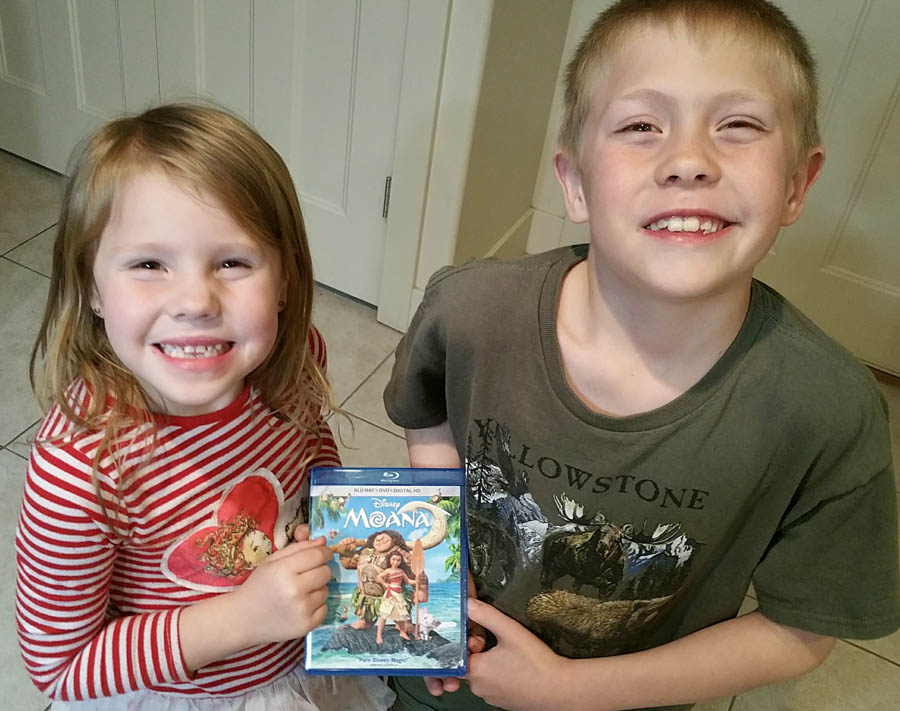 Walt Disney Animation Studios’ “Moana,” the sweeping story of a spirited teenager who sets sail on a daring adventure to save her people, starring newcomer Auli‘i Cravalho as the voice of brave and tenacious Moana and Dwayne “The Rock” Johnson (HBO’s “Ballers,” “Central Intelligence”) as the larger-than-life demigod Maui, has dazzled both critics and audiences. The film earned a 95% critics’ consensus on Rotten Tomatoes and the No. 1 spot at the domestic box office opening weekend. Now, “Moana” sets a new course, arriving to homes on Digital HD/3D and Disney Movies Anywhere (DMA) on Feb. 21, and on Blu-ray 3D™, Blu-ray, DVD and On-Demand on March 7.

Continuing the fun-filled adventure, families can continue their journey filled with hours of extensive and entertaining bonus offerings including: a new, hilarious mini-movie featuring Moana and Maui; an in-depth look at how the people, cultures and heritage of the Pacific Islands shaped the story of “Moana;” revealing Q&A with co-stars Auli‘i Cravalho and Dwayne Johnson, and famed animation directors Ron Clements and John Musker; insider access to Lin-Manuel Miranda, Mark Mancina and Opetaia Foaʻi, the trio behind the film’s moving music; four mini-documentaries highlighting the movie’s groundbreaking effects; deleted scenes; a deleted song; hidden Easter Eggs; music video; “Inner Workings,” the theatrical short film directed by Leo Matsuda that spotlights the internal struggle between a man’s Brain and Heart; and much, much more.

According to directors Ron Clements and John Musker, the story of “Moana” was inspired by the great explorers who masterfully navigated the vast Pacific, discovering the many islands of Oceania. “Voyaging is a real source of pride for many Pacific Islanders, a part of their identity,” says Clements. Many experts believe that about 3,000 years ago, those deep-sea exploratory voyages halted for about a millennium before resuming. This rebirth of exploration sparked the filmmakers’ imaginations, and the heroine at the heart of the story. “The idea of a teenage girl who dreamed of becoming a navigator—considering the abilities of her ancestors—was so appealing,” explains Musker. Moana’s quest to become a wayfinder also serves as a journey of self-discovery, empowering her to find her own identity – a beautiful and powerful message for audiences of all ages and genders.

ABOUT THE WALT DISNEY STUDIOS:

For over 90 years, The Walt Disney Studios has been the foundation on which The Walt Disney Company was built. Today, the Studio brings quality movies, music and stage plays to consumers throughout the world. Feature films are released under the following banners: Disney, including Walt Disney Animation Studios and Pixar Animation Studios; Disneynature; Marvel Studios; Lucasfilm; and Touchstone Pictures. The Disney Music Group encompasses the Walt Disney Records and Hollywood Records labels, as well as Disney Music Publishing. The Disney Theatrical Group produces and licenses live events, including Disney on Broadway, Disney On Ice and Disney Live!

Get your tickets to Disney on Ice presents Worlds of Enchantment in Salt Lake City, Utah March 9-12, 2017
Next Post: 2017 MAZDA6 I Grand Touring Review