We were able to spend a few days at Yellowstone National Park and I want to share our trip with you and each of the stops we made. The first one I am going to share is the West Thumb Geyser Basin. It is right on the edge of Yellowstone Lake and has a lot of little active geysers, as well as beautiful pools with incredibly blue water and bright orange mineral stains on the rocks. The contrast is amazing! Plan to spend at least an hour here walking the large loop of the boardwalk – and take a lot of pictures. Here are some of the pictures we took while we were there: 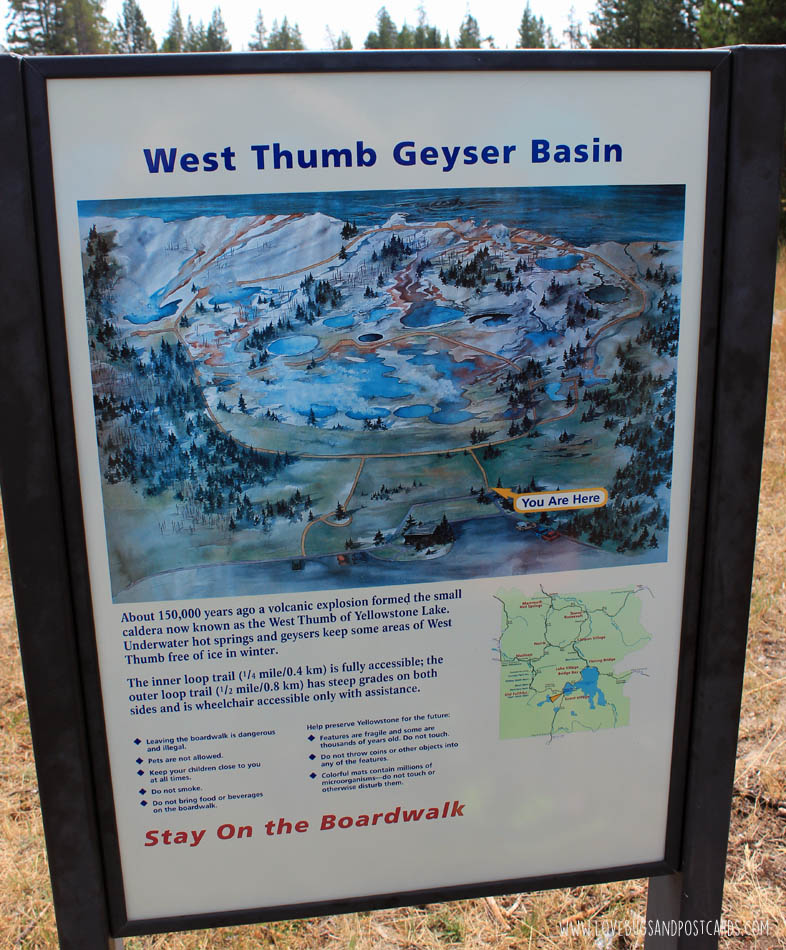 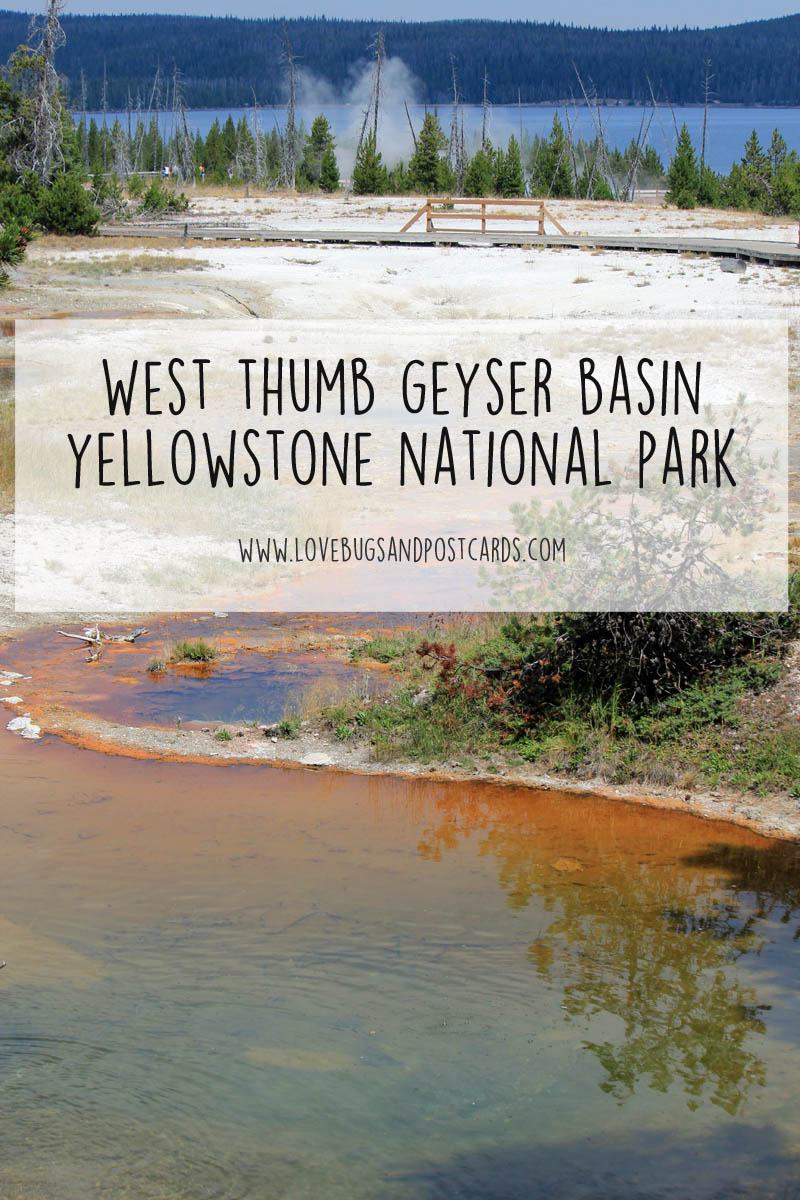 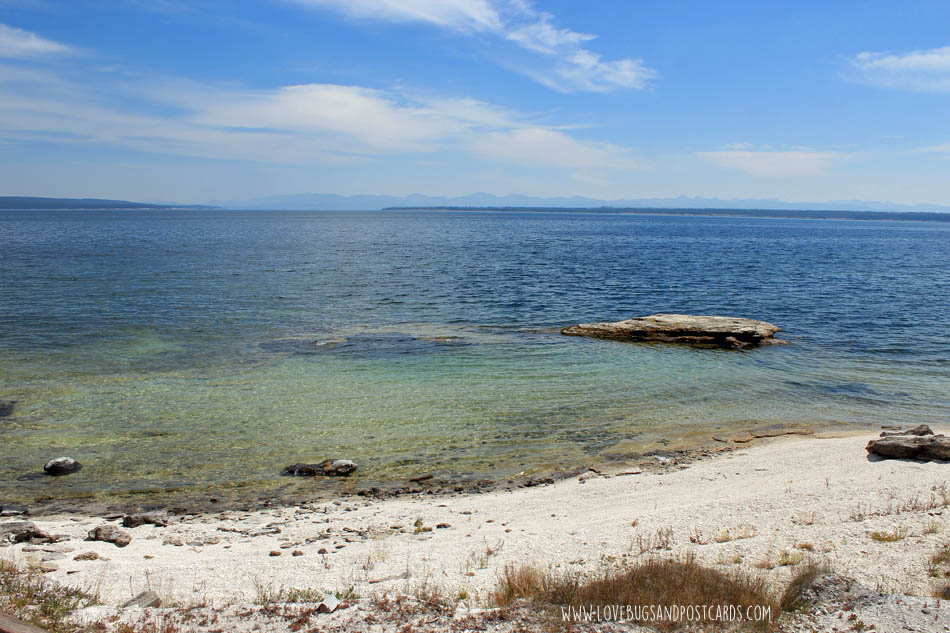 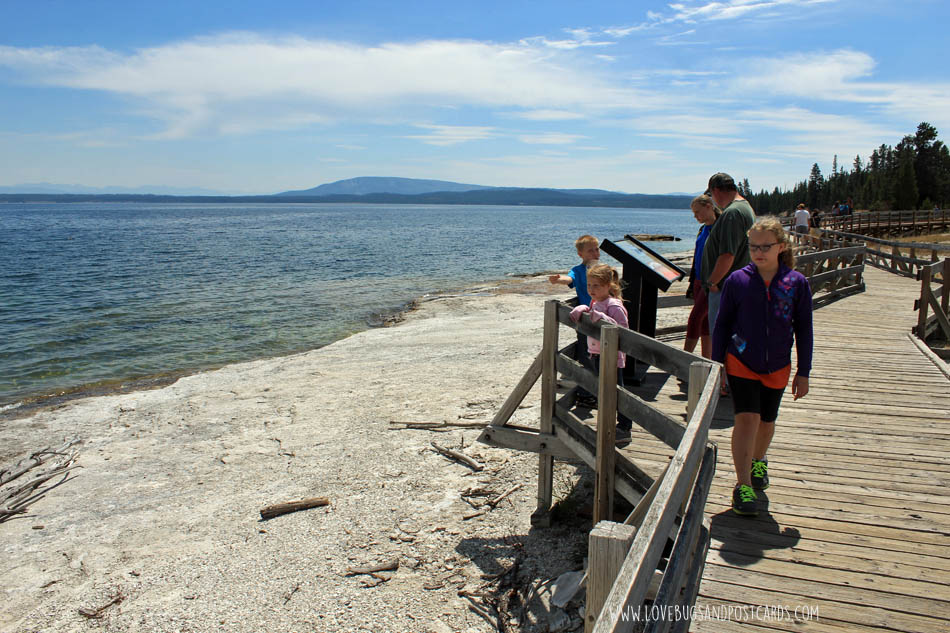 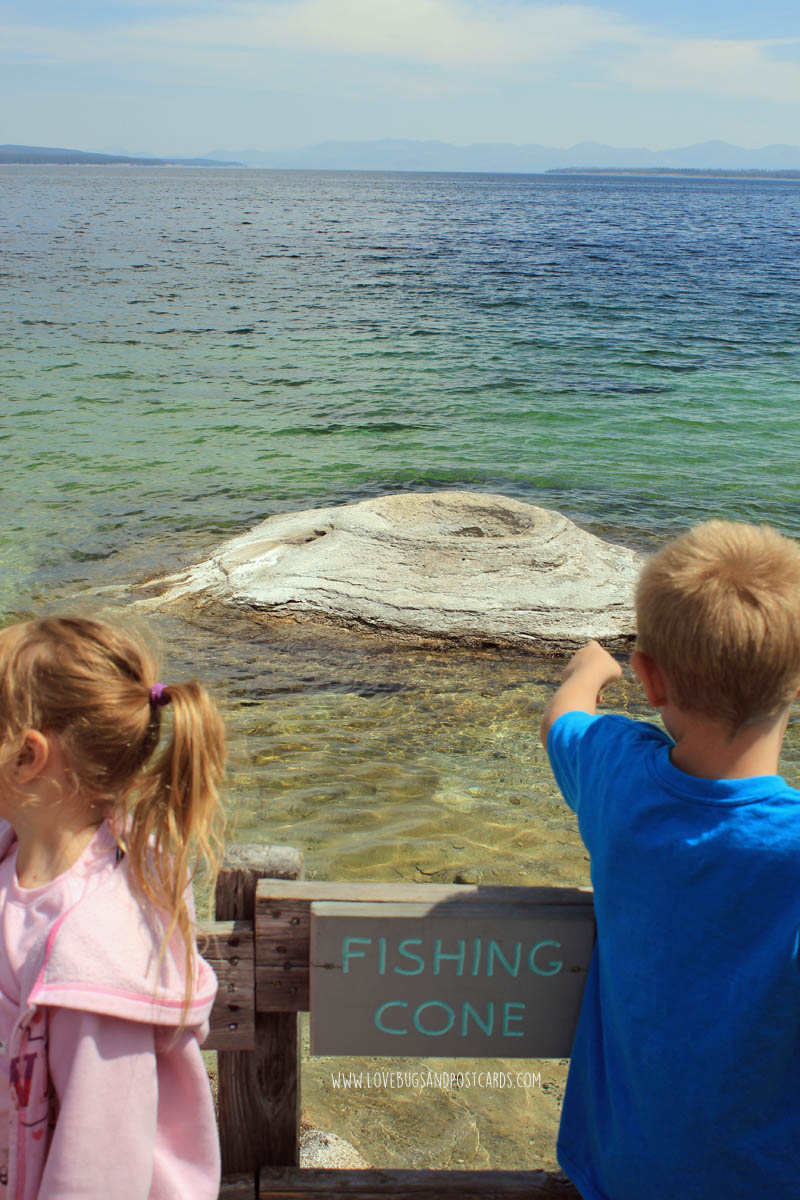 “…catching fish from the cold lake and cooking them on the hook. Hayden Survey members did it in 1871, and the next year they named the spring “Fish Pot” or “Hot Spring Cone.” Later names were “Fisherman’s Kettle,” “Fish Cone,” “Fishpot Spring,” “Crater Island,” and “Chowder Pot.” The name Fishing Cone came about gradually through the generic use of the term in guidebooks.

The cooking-on-the-hook feat at Fishing Cone soon became famous. For years, park Superintendent P.W. Norris (1877-1882) demonstrated it to incredulous tourists, and in 1894 members of Congress hooted at their colleagues who described the process.

A national magazine reported in 1903 that no visit to the park was complete without this experience, and tourists often dressed in a cook’s hat and apron to have their pictures taken at Fishing Cone. The fishing and cooking practice, regarded today as unhealthy, is now prohibited.

Fishing at the cone can be dangerous. A known geyser, Fishing Cone erupted frequently to the height of 40 feet in 1919 and to lesser heights in 1939. One fisherman was badly burned at Fishing Cone in 1921.” 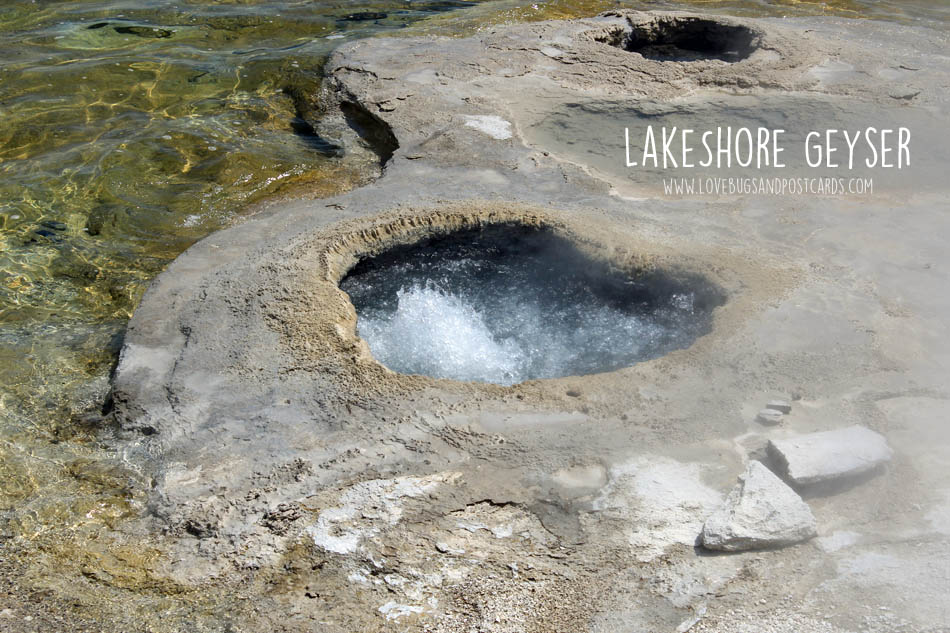 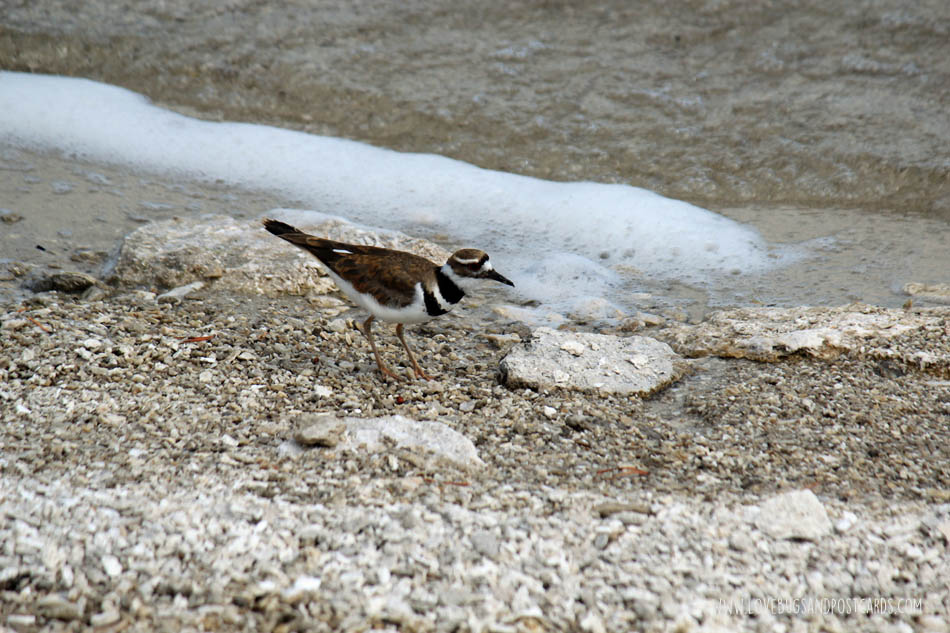 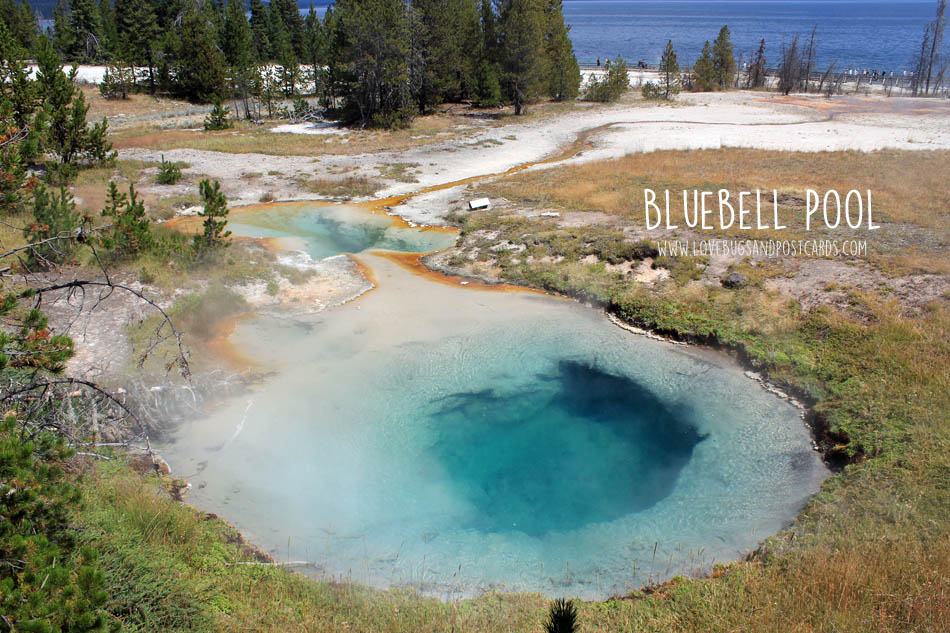 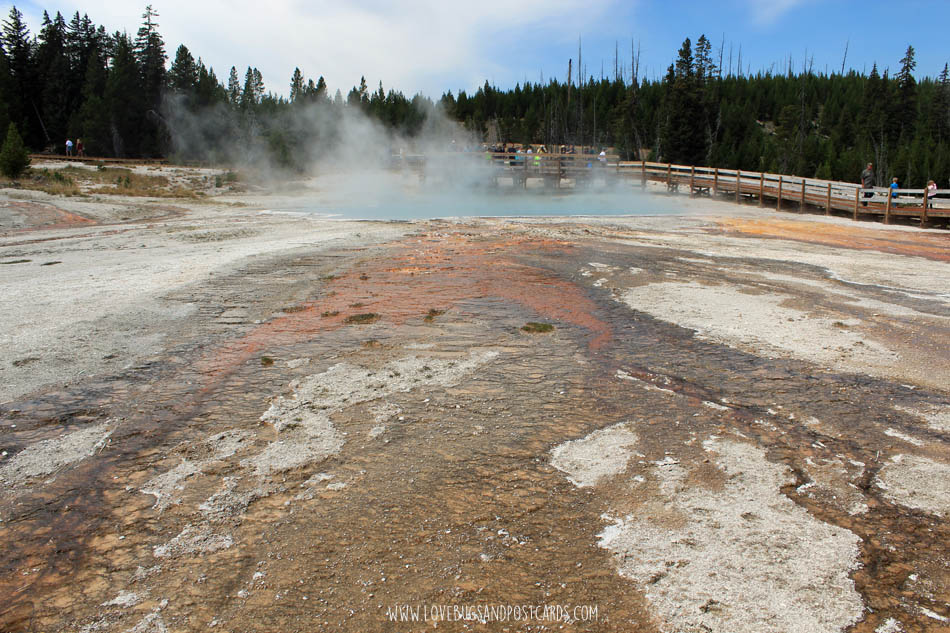 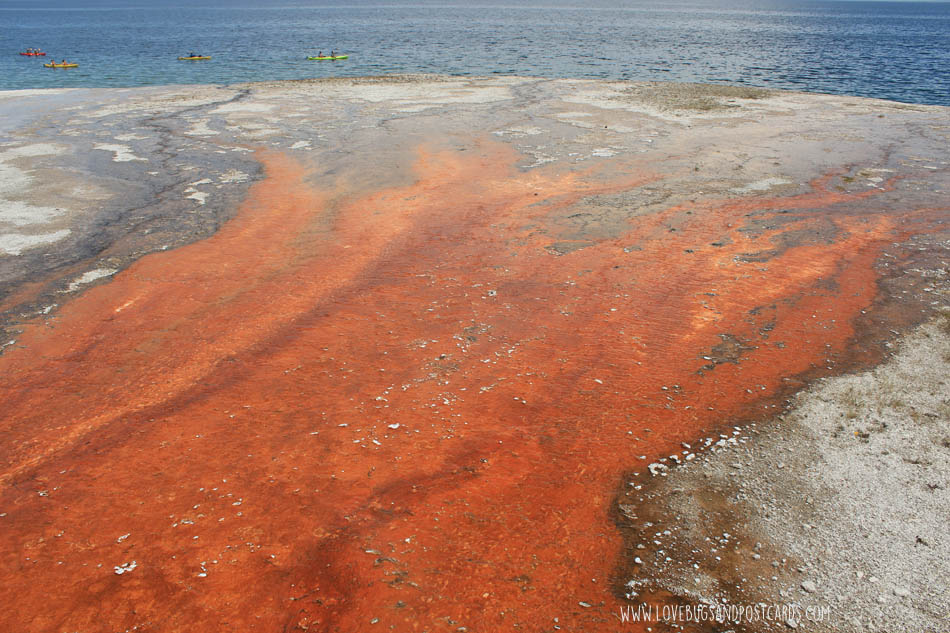 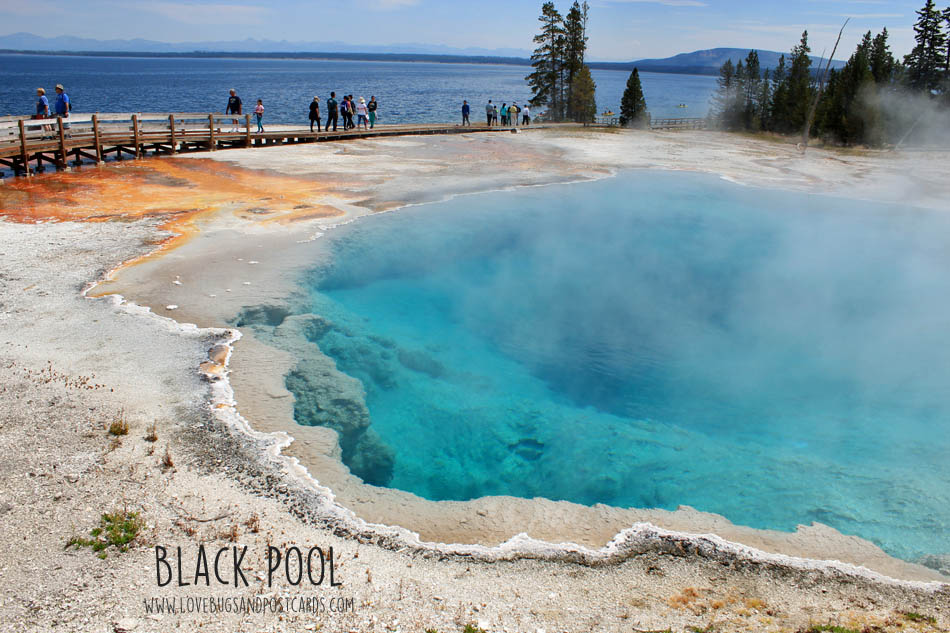 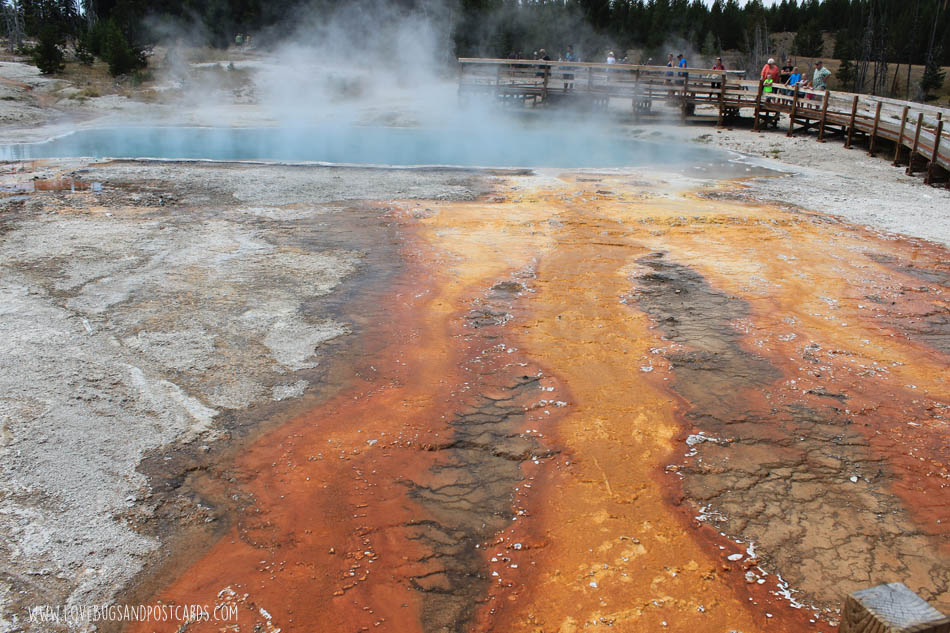 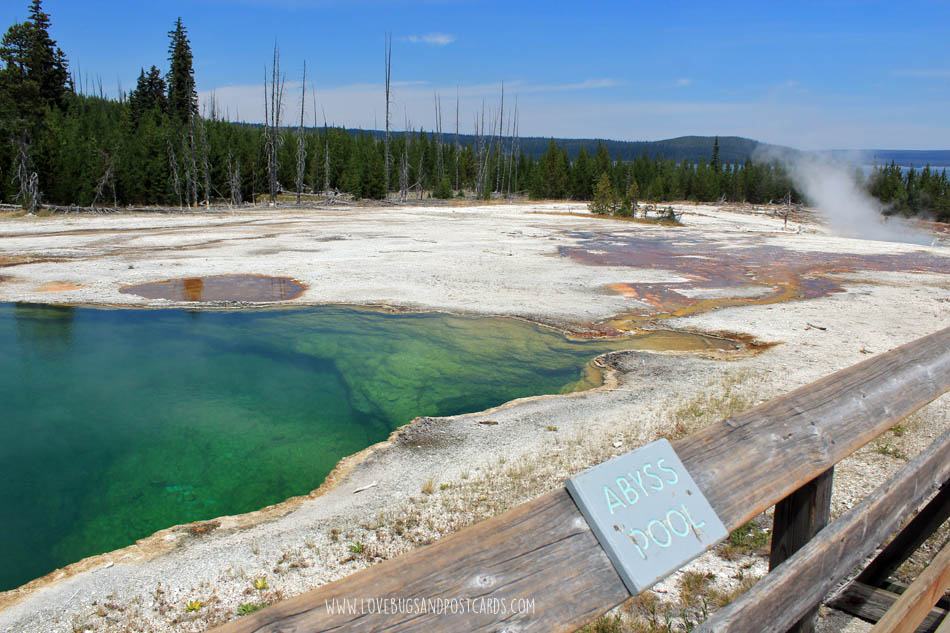 About the Abyss Pool

“In 1935, Chief Park Naturalist C.M. Bauer named Abyss Pool, a hot spring of the West Thumb Geyser Basin, for its impressive deepness. Bauer may have taken the name from Lieutenant G.C. Doane’s 1870 description of a spring in this area: “the distance to which objects are visible down in [its] deep abysses is truly wonderful” (Bonney and Bonney, Battle Drums, p. 330). Abyss Pool may also be the spring that visitors referred to during the 1880s as “Tapering Spring” because of its sloping walls.

Nineteenth century observers were impressed with the pool’s beauty. In 1871, F.V. Hayden reported that this spring’s “ultramarine hue of the transparent depth in the bright sunlight was the most dazzlingly beautiful sight I have ever beheld” (Preliminary Reports, p. 101). And W.W. Wylie (see Wylie Hill) observed in 1882 that the spring’s walls, “coral-like in formation and singular in shape, tinted by the water’s color, are surely good representations of fairy palaces” (Yellowstone, p. 47).” 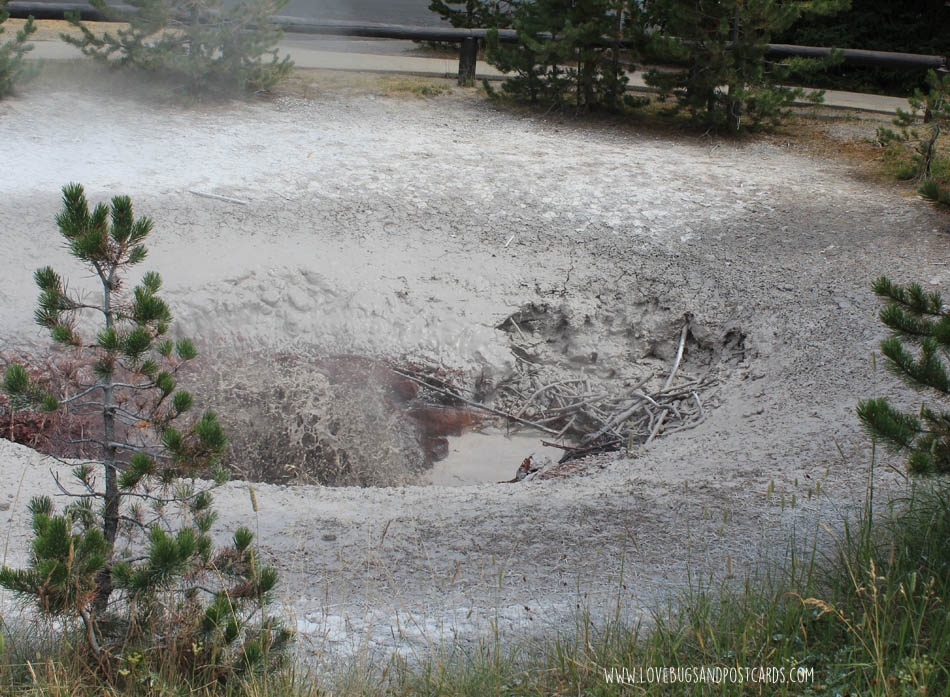 The West Thumb Geyser Basin, including Potts Basin to the north, is unique in that it is the largest geyser basin on the shores of Yellowstone Lake. The heat source of the thermal features in this location is thought to be relatively close to the surface, only 10,000 feet down! The West Thumb of Yellowstone Lake was formed by a large volcanic explosion that occurred approximately 150,000 years ago (125,000-200,000).

The resulting collapsed volcano, called a caldera (“boiling pot” or caldron), later filled with water forming an extension of Yellowstone Lake. The West Thumb is about the same size as another famous volcanic caldera, Crater Lake in Oregon, but much smaller than the great Yellowstone caldera which formed 600,000 years ago. It is interesting to note that West Thumb is a caldera within a caldera.

Ring fractures formed as the magma chamber bulged up under the surface of the earth and subsequently cracked, releasing the enclosed magma. This created the source of heat for the West Thumb Geyser Basin today.

The hydrothermal features at West Thumb are found not only on the lake shore, but extend under the surface of the lake as well. Several underwater geysers were discovered in the early 1990s and can be seen as slick spots or slight bulges in the summer. During the winter, the underwater thermal features are visible as melt holes in the icy surface of the lake. The ice averages about three feet thick during the winter. 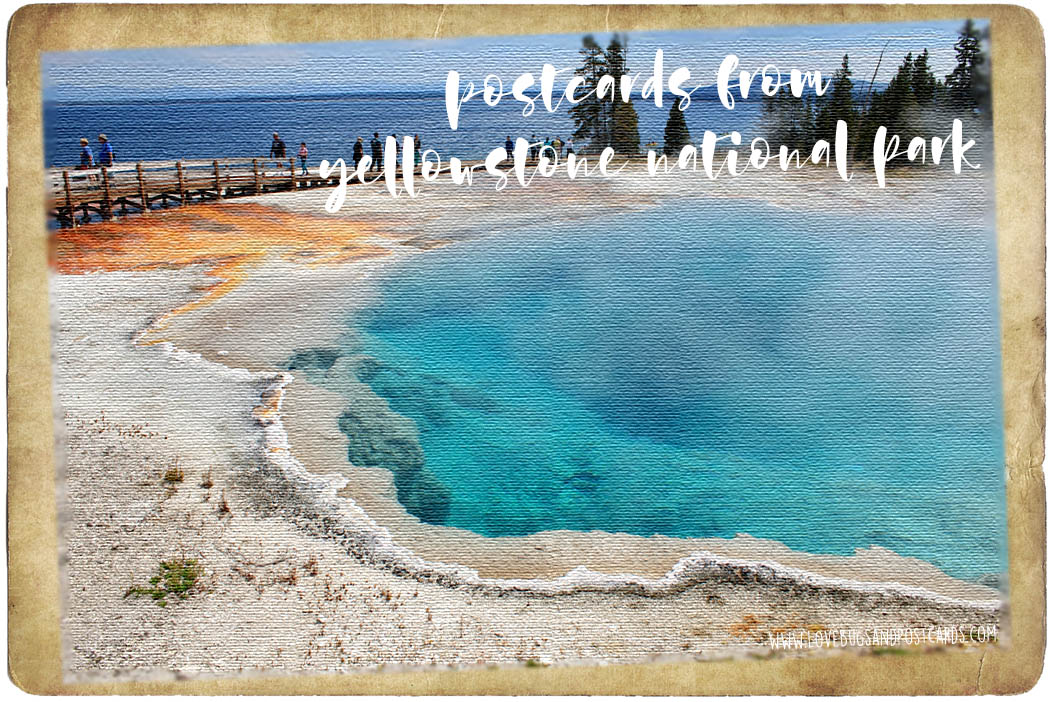 The West Thumb Geyser Basin is located on the south-east side of Yellowstone National Park. We camped at the Fishing Bridge RV Park, and so our first day we drove south and did several stops before going back to camp. This was definitely a favorite of the day! Be sure to add this to your list if you have limited time to stop – it is well worth it! The color of the water and the rocks is amazing together! You will love this whole area.

Have you been here before? What did you think? Or, are you visiting for the first time? I may be able to answer your questions – so ask away.

We spent many vacations when I was growing up in Yellowstone and Grand Teton. Fascinating places. Your pictures are great.

You got some beautiful photos. I would love to visit Yellowstone National Park!